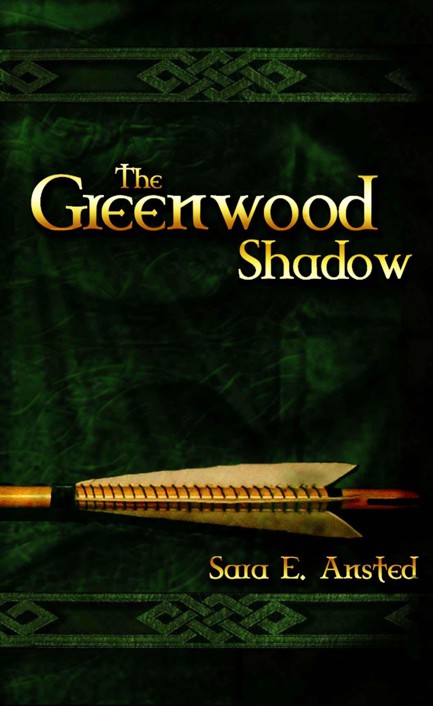 Ch. 7 - Being the rescue of Isaiah

To: Mumzy, for teaching me the ways of Nerddom, and Daddy, for smile-and-nodding at, (and very often funding), our family's many weirdities.

Evey pressed her ear to the heavy oak door. The voices were muffled, but she could still make them out.

"Please. I can get it. I only need a little more time."

"You and everyone else."

"But I can. I have it coming in already. Please!"

Her uncle's voice sounded desperate. The man inside was obviously more than just the average tax collector.

Somebody muttered something. She caught the words "fair" and "hardship." Then a heavy crack rang out. Uncle Emeric made a sort of squeaky sound, and Evey hoped it wasn't his head that had been cracked against the desk.

Emeric whispered something else. Part of it sounded like "don't hurt her". The deep-voiced man cleared his throat.

"The king doesn't owe his people anything. He has the right to unconditional fealty, and part of that means paying your taxes on time. You know the consequences."

"Nothing. But please, sir. I can pay the tax. I just don't have the money with me right at this moment. Five days, and you will have the full amount."

There was a tense pause before the collector replied.

"Three. That's the only offer you'll get."

"You had better be telling the truth. You know what happens to men who fail the king."

She couldn't see it, but Evey knew her uncle's face had paled. It usually did in times like these.

Why couldn't he be bolder? If only he would stand up to the man. That's what a real knight would do - what her father would have done - and she would do it herself if she could. But no.

Her face burned, and she clenched her hands into fists. Kids couldn't do anything.

Footsteps echoed off the stone walls. Evey dashed away from the door and into a shadowy corner just as the collector strode out of the room. He marched down the hallway as if he owned the place. It took her three long, deep breaths to keep from screaming.

She found herself glaring at the stranger's back. Hot anger surged through her until she looked through the open door. Her uncle slumped over his desk, head in hands. Then her blood went cold. There was no money coming. In three days that man would be back, and there was nothing left to save them.

She had no plan, but sitting idly by was not an option. The collector left the castle, and she followed him. Halfway through the courtyard, one of the village boys ran up to him and bowed. The collector ignored him and continued toward his horse and wagon.

The boy jogged to catch up, and said something that Evey couldn't hear. It looked like he was pleading for something. Without even glancing at the kid, the tax man shoved him. The boy flew several feet through the air and landed hard in a pile of leaky buckets and rusted iron tools.

Evey furrowed her brow and crept closer to the horrible man. She could sneak up behind and cut the small purse from his belt. She knew she was capable. A few of the village children had dared her to pick-pocket a visiting baron once, and she'd done it. Well, too. But this time it would be far more risky. If the tax man missed it before he left, the whole village would suffer.

The collector glanced over his shoulder. Just in time, Evey dashed behind a barrel. The man threw back a canvas cover, counted something, re-covered it, and climbed into the driver's seat.

She had to do something. She just had to. It was so unfair, and she absolutely could not leave it alone. But what on earth was a girl supposed to do?

As she watched, an idea came to her. It was definitely stupid, and very risky. Her mischievous side surfaced for a moment, then disappeared almost immediately. It was a high crime to meddle with the king's coffers, but would they actually hang a small girl?

She looked down at her tiny hands. They shook badly, but she had to be brave. She couldn't let her uncle get thrown into a dungeon.

The cart pulled away. Before she could think too much, she followed.

The horse trotted at a gentle pace, and she kept up easily. Her feet made no sound as she ghosted through the wood. She felt at home in the forest, and had always been skilled at sneaking around. It had gotten her into trouble more than once. Like that time with the baron.

She shadowed the cart until it was well away from the village. Moving instinctively, she dashed from the cover of the trees, grabbed hold of the planking, and leapt up. It was broad daylight, and she had perched in plain view, but the man never looked back.

She pulled up the edge of the canvas. In one corner there were at least a dozen bags of silver coin. She grabbed three, which she could barely hold. In the blink of an eye she replaced the cover, leapt lightly from the cart, and sprinted back into the woods. The collector never noticed a thing.

That was odd. Someone with so much silver should be more wary. She had been making far too much noise for comfort. Was it some sort of trap? Without waiting to find out, she bolted through the woods, toward the village.

The nearer she came, the more worried she got. Had she done the right thing? Of course she had. She had. The tax man had threatened her uncle. The king had taken their money. They deserved exactly what they got. They did. She was absolutely sure of that.

But no matter how many times she repeated it, tears still came, and she couldn't stop them. It didn't make any sense. Then again, it was a lot of money. Her uncle didn't need nearly that much, and she knew it.

By the time she reached the first cottage in the village, she decided to return the money. It still didn't make sense. The king needed it even less than she did. But the guilt was too much.

Just as she turned back, she saw a woman outside the cottage and hastily wiped her face. Hopefully no one would notice her red eyes.

Evey knew the villager by sight. Her name was Alyn. Or was it Alaine? Her husband, Dale, had gone away to some foreign country as a foot soldier. They had a baby girl, only a few months old, and a meager plot of community land they were responsible for planting.

Evey stopped in surprise. Tears streaked down the woman's face. The baby squealed from inside the house, and Alaine broke into heavy sobs. She turned to the cottage and reached a hand out.

Evey stood in shock for a moment. She'd been hungry before, but there had always been food. Even when Uncle Emeric got rid of all the extra servants, there was always food.

Another idea came to her then. She thought it might be even stupider than her last one, but she didn't hesitate.

While Alaine worked out front, Evey crept in through the window and left ten coins on the kitchen table. It wasn't even half a bag, but it would hold the woman over for months, with some care. She patted the baby on the head and climbed back out. A few minutes later, the young mother came in with her empty basket.

Evey smiled so wide her cheeks hurt, but she couldn't help it. As she left, her whole body tingled. She tried to look nonchalant, but the skip in her step gave her away.

Whatever it was, it felt better than a hundred adventures.

She was too excited to stop with one woman and her baby. She sneakily gave the rest of the coins to a few of the most needy in the village. When her uncle found the silver she had saved for him, he crossed himself and immediately gave thanks for the unexplained miracle.

Once again, Evey felt that leap of excitement. Suddenly, she realized that the guilt had disappeared. Every reservation she had about swiping tax money was completely gone, and she was once again sure that she had done the right thing. Justice had been served. Or at least, a little bit of it. Three sacks of silver didn't quite cover it, though. There was a lot more fixing to be done.

She made a choice, then. While other girls of her station were learning to embroider or sing, she would be perfecting her own craft - she would relieve the king of his unfairly high tax revenues.

Evey nocked an arrow, readied her shot, and let it fly. It hit the sideboard with a satisfying thud. The whole process took less than a second. Another few seconds later another three shots landed just inches from the driver's hand. He jumped in his seat and pulled the reigns too quickly. The horse reared a little, but not in fear. His whinny sounded more like annoyance.

Just as she planned, everything came to a halt. Evey shot one more arrow, just to scare the man again. The driver's panic and rough handling made the horse jittery. It tried to sidestep, but the cart harness held it firmly in place. While the nervous driver tried to calm it, the guards dismounted. They cautiously crept into the woods with drawn swords, but Evey had already dashed across the road.

She approached the tax cart from the other side. Almost casually, she slipped under the cover and dropped several bags of silver into her half empty quiver. The driver turned around just as she ducked out. He clumsily brandished a long dagger, unaware that he had already missed the thief.

Without a sound, she crept around behind him. It took a few seconds to pull her arrows from the wagon, but no one looked back. They never did.

She stood there with her arms folded, right in the middle of the road. How stupid could tax men get? Then a brilliant idea came to her. Just before she took off, she prodded the horse with an arrowhead. Only just enough to startle it into a run. The creature whinnied and dashed away while the driver was still turned around. With a shriek, he toppled face-first into the back of the cart.

From the safety of the trees, Evey watched the guards come sprinting back to the road. The cart disappeared fast, and they ran after it, apparently forgetting their own mounts. She had to shove her fist in her mouth to keep from laughing.