The Haunting of Gabriel Ashe 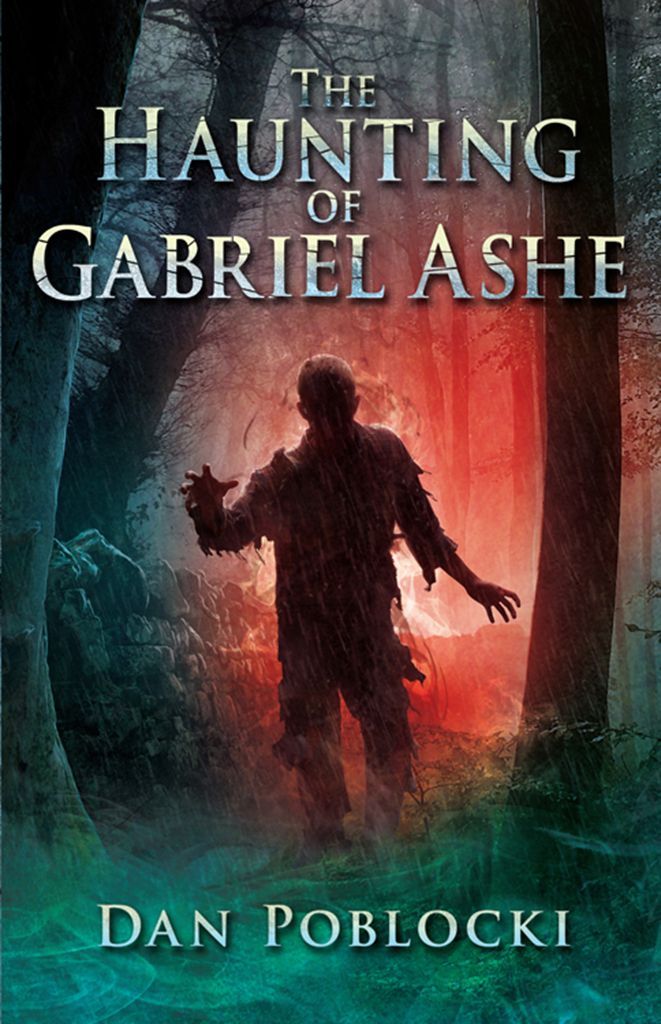 This book is dedicated to the memory of
John Bellairs and Edward Gorey,
my lifelong literary inspirations.

Never: In the Dark Forest of Howler’s Notch

Now: A House of Brick

Now: The Library at Night

Never: The Altar of the Crooked Tree

Now: A House of Sticks

Now: Luck of the Second Lunch

Never: The Art of Spellbinding

Now: Will Come for You

Never: Betrayal and the Beast

Now: Tales of the Hunter

Now: The World According to Seth

Now: Laughing in the Dark

Now: An Epidemic of Monsters

Now: Secrets of Olmstead and Ashe

Before: A Portrait of the Witch Queen

Before: The Birth of a Monster

Now: In a Different Light

Now: No Such Thing

Now: The Ghosts of Slade

Now: A Different Kind of Beast

Never & Now: The Meaning of Success

Before & Never & Now: Houses of Fire

Before & Never & Now: Darkness Below

Never & Before & Now: Beneath the Crooked Tree

After: In Memory Of …

THE TWO ROBBER PRINCES FOLLOWED the trail of blood deeper into the thicket. Ahead, in the shadow of towering trees, the child’s cries grew faint. A pale violet mist seeped from the damp earth as the late hour secreted daylight away.

The boys knew that in the coming night, the small splashes of red at their feet would blend entirely with the leaf-plastered ground. If the child ceased her panicked wailing, they would lose not only her, but also the monster—a hulking sort of man whom the people of the two kingdoms referred to as the Hunter. He had stolen the girl from her parents’ cabin, where the forest met the plains of Haliath.

“Hurry,” whispered Prince Wraithen, dashing forth, careful to avoid each stone and dip.

But Prince Meatpie continued to lag behind. Distracted.

Wraithen turned to find Meatpie tucking his cell phone discreetly into his jacket pocket. “What are you doing?” said Wraithen with a forced calm, trying, as if it were possible, to keep his face from burning red with fury.

Prince Wraithen, of the kingdom Haliath, refused to call Prince Meatpie by his chosen name. He’d told his partner several times that he thought it was impossibly stupid. Wraithen also claimed that Meatpie’s home, Castle Chicken Guts, sitting atop the slope of green meadow on the opposite side of the forest, might also benefit from a different nomenclature. Wraithen knew it was not his place to make such a suggestion—these were ancient
lands with rich histories, and he was not a god but a mere Robber Prince. Still…

Meatpie of the Kingdom Chicken Guts?
he’d asked when first they met.
Really? That’s what you’re going with?

“Forget
time
,” interrupted Wraithen. “The Hunter will not take hiatus from his offense simply because the sun has begun to set. And neither should we. The girl is in danger. Come.”

Meatpie sighed, but jogged forward. The two scoured the ground, trying to find further evidence of the trail. Meatpie was about ready to give up when Wraithen pointed ahead and cried out, “There!”

In a small clearing, upon a barren square of earth, thick blood glistened red through the mist and the dimming light. A good and bad sign, both. The boys dashed forward.

The Dark Forest of Howler’s Notch was a no-man’s-land, populated with rogues and outsiders who found neither solace nor support in the peaceable domains of the nobles. The villains among them sought sustenance by stealing from farmers and families, mostly crops and livestock, but the worst of the folk—the mutated humanoid-beast they were currently tracking—found pleasure in taking human young, boiling them up for stew, and after the meal, as if in a mock gesture of good will, returning the bones to the family for burial.

At the age of twelve, the princes had become ordained Robbers—a long-standing tradition of the two kingdoms. Their job was to steal back what had been stolen from the people, and they had trained for this purpose since birth. Their parents, allied kings and queens, believed that this noble role would prepare them to become great rulers, inheritors of future thrones.

Following the trail past the clearing, the boys came upon an ancient wall, the stones of which were encased in leathery lichens and feather-soft mosses. The trail of blood appeared to stop here. Long ago, someone had built the seemingly endless barrier for reasons still mysterious. This waist-high wall was only one of many that had been raised like jagged scribble-marks across a map of the wooded hillside. People whispered rumors that the stones were magicked.

The princes paused, listening carefully to the forest for a clue. Crickets sang and pheasants fluttered between low branches. The wind scattered dry leaves across the ground. But that one sound they needed to hear—the cry of the injured babe—had gone silent.

“Look,” Meatpie whispered. He nodded at a patch of ground a stone’s throw beyond the wall. A pale arm wiggled out from underneath a shallow pile of leaves. Wraithen moved toward the wall, but Meatpie grabbed his friend’s shoulder. “Wait.”

Wraithen spun, his eyes wild. “The child is there! We must save her.”

Meatpie answered by glancing around the small clearing. “He must be watching.”

Wraithen sighed. “We can’t just leave her there. She’s hurt. We can worry later what the beast is up to.”

The Robber Princes ran at the wall, placed their hands on the topmost stones, leapt up and over, then landed silently on the other side. The pale arm was a few feet away now. Wraithen rushed forward and gently lifted a small figure from the ground. Blonde hair and blue eyes sparkled in the indigo light. Delicate fingers pressed
into the prince’s neck. She seemed uninjured. She stayed quiet, as if she knew that any sound might bring back the thing that had snatched her from her crib.

Meatpie’s mouth dropped open and he shook his head. “That is
so
creepy, Seth. Did you really plant a doll out here for us to find?”

Wraithen spun on his friend, disappointment filling his eyes. “My name is Wraithen! And no. I didn’t
plant
her. The Hunter
stole
her from—” He turned toward the wall. “He’s here!”

Meatpie glanced over his shoulder. At first he saw nothing, but then he forced himself to recognize a large shadow rising from the ground near the mossy boulders. The night had come up quickly, so the Hunter’s features were difficult to discern. The silhouette stood nearly seven feet tall. Its broad shoulders made its small, neckless head appear to melt into its torso. When it reached for them, the boys ducked away from enormous hands that looked strong enough to crush a throat with a simple reflexive clutch.

The Robber Princes raced alongside the wall, back down the hill toward the child’s home in Haliath. Wraithen cradled the girl inside his coat. A great rushing sound came up behind them as the Hunter gave chase. “You were right,” Wraithen said, his voice shaking with every footfall. “It
was
a trap. What is the worth of a stew made from a single child when he can have the two of us as well?”

“Shut up and run!” Meatpie cried. He could feel the presence of the Hunter coming closer, could hear the rattle of quiver arrows in its pack, the jostle of the sharpened machete tucked into its belt. A warmth caressed the back of his neck. The monster’s breath. Gooseflesh puckered Meatpie’s skin. The Hunter was upon them.

In the distance back up the hill, a voice called to them.

“Shoot,” said Prince Meatpie—who was not actually a prince at all, but a boy named Gabe. Gabriel Ashe. He stumbled and
slowed. The trees seemed to shrink. The light grew slightly brighter. His companion kept running. “Seth!” Gabe said. “Stop! It’s my mom.”

Ahead, Prince Wraithen—also an ordinary boy, whose name was Seth Hopper—skidded to a halt. His shoulders seemed to deflate, and he turned. The eyes of the baby doll in his arms rolled into its head as if in disgust.

“Shoot,” said Seth. “Just when things were getting good.”

The woods were not actually enchanted nor filled with villains. This tree-covered slope was, in fact, an ordinary forest in a small town in eastern Massachusetts. Gabe’s family, the Ashes, had only moved there several weeks earlier. They were staying with his grandmother in her big house up the hill. “We can keep going tomorrow,” he suggested, feeling bad for ruining the game. “Pick up everything right here.”

“You’re not around in the afternoon?”

Gabe felt his cheeks flush. His other new friend, Mazzy Lerman, had asked him not to mention the pool party to Seth. “I-I’m busy,” he stammered.

“Oh.” For a moment, Seth looked confused, hurt even. But then he sighed and gave a slight smile. “Okay.”

“You can find your way home?” The shadows had deepened, tinting the landscape indigo.

“Just down the hill.” But Seth didn’t move. He only clutched the doll tighter. The thing was bald, dirty, and naked—nothing like the golden babe Gabe had imagined during the game.

Gabe rolled his eyes and Seth turned to go. “Hey!” Gabe
called. Seth paused, glanced over his shoulder. “You
really
didn’t plant that doll out here for us to find during the game?”

“That’s so bizarre,” said Gabe, shaking his head. “We were
pretending
to look for a missing kid, and we actually ended up sort of finding one.”

“These woods are weird,” said Seth, holding the doll up above his head. “You’ll see.”