The Haunting of Heck House 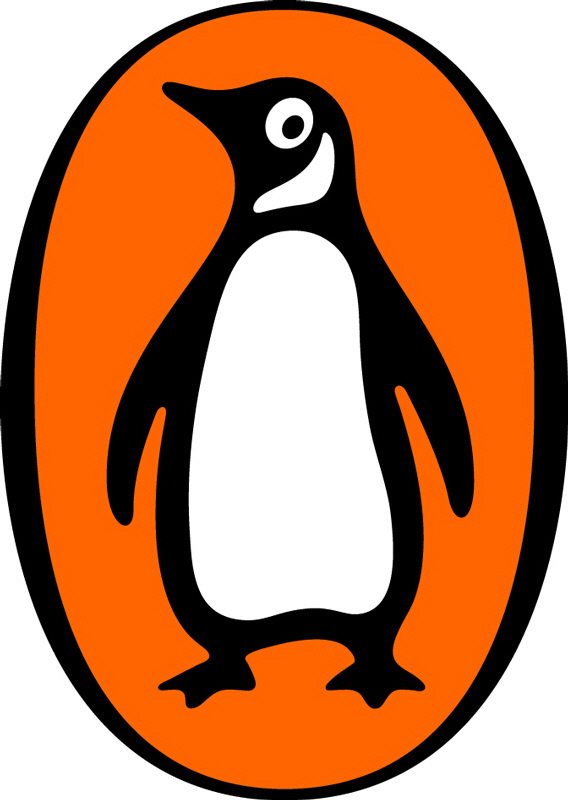 THE HAUNTING OF HECK HOUSE

JONATHAN LLYR
is the co-author of
How to Curse in Hieroglyphics
(see above). He is also well known for being the on-air host and writer for Canada's nationally broadcast Space Channel from 1999 to 2007, where he routinely found himself in close contact with major science fiction and fantasy stars, and was a voice for genre fans everywhere. Llyr continues to write and act in film and television. He lives in Toronto.

How to Curse in Hieroglyphics

Now and for Never 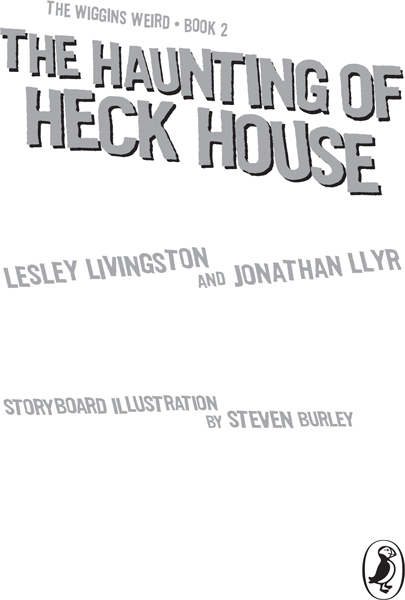 1
Â Â
IT CAME FROM THE THIRD DIMENSION!

2
Â Â
IT CAME FROM THE FOURTH DIMENSION!

3
Â Â
THE THING FROM (REALLY) BEYOND

5
Â Â
HARRIED AT THE HOUSE!

9
Â Â
SPEAKER OF THE HOUSE

10
Â Â
THE LEAGUE OF AWESOME

1
IT CAME FROM
THE
THIRD DIMENSION!

ââI
wouldn't go in there if I were you â¦” Tweed Pendleton murmured in a gravely singsong monotone.

“Save your breath, pal,” Cheryl Shumacher whispered breathlessly. “They are
totally
going in there.”

The two girlsâboth twelve years old, cousins and best friendsâwatched the action unfold on their beloved Drive-In movie screen as Freddy and Marlene, a young, dewy-eyed, newlywed couple, decided
not
to turn around and leave the attic of the creepy old house they'd only just bought as a fixer-upper. Even though the storm raging outside had knocked the power out and the
flashlight in young Freddy's hand was running low on juice, they weren't leaving.

After all, they'd already completely ignored the inexplicable warnings of “Get out!” and “Don't go in the attic!” that kept appearing in bathroom-mirror fog and splattered in ketchup on the kitchen walls.

Near giddy with excitement, Cheryl and Tweed kept their eyes glued to the screen.

Ghostly, skeletal hands reached right out toward Cheryl and Tweed, seeming almost to brush within inches of their faces before wrapping around Freddy's arms. The malevolent spirit of Old Lady Brakenbiscuit screamed in hysterical triumph and dragged poor Fred into the darkness as the attic door slammed shut and Marlene tore down the staircase, out the front door and ran for her life!

Cheryl and Tweed laughed, toasting each other with their chocolate-dipped ice cream cones and shovelling more popcorn into their mouths with contented sighs. Their sage advice had once more been ignored and they couldn't be happier. Cheryl Shumacher and Tweed Pendleton had dedicated their young lives to
watching movies (particularly B-grade ones), studying the teachings of the silver screen, learning its lessons, listening to its wisdoms and living their lives according to its hidden truths. High up on that list of truths, of course, was “Don't go up into a creepy old attic during a thunderstorm.”

Cheryl pushed her cardboard 3D glasses up her nose with one knuckle so they fit more securely on top of her own regular glasses.

“Thank goodness they never learn!” she said, her braces creating a hint of a lisp. “If they did, we wouldn't have had such an embarrassment of riches to choose from for this awesome-tastic triumph of three-dimensional double-bill programming.”

“You got that right,” Tweed agreed in her signature monotone and pointed at the screen. “Oh goodâ lookâMarlene is out in the yard running straight for the abandoned caretaker's shack where all those rusty old garden tools are stored.”

Cheryl and Tweed had been given the duty of choosing what movies would go on the weekly double and triple bills for the Starlight Paradise Drive-In Double- Screen Movie Theatre by their grandfather Jefferson “Pops” Pendleton, only a week earlier. This was their second effort and it had been a hard choice to make. Thematically, they'd decided early on to go with ghost stories. That was the easy part. But there were so many gems to choose from!

Should they go for the funny? Like, say,
The Ghost and Mr. Chicken
(classic Don Knotts fare, complete with goofy faces and funny voices). Or, perhaps, the campy? Like, say, the Ed Woodâdirected low-budget classic
Night of the Ghouls
, with its floating-sheet ghosts and truly bizarre seance scene attended by skeletons and complete with a hovering trumpet? Or should they just go straight for the terror? Like, say,
Seance in Suite 777
. Or
Sleepover Slaughter
â¦ Or even the offbeat? Like, say,
Spookapalooza
âa '90s grunge-era pic, shot handheld-style like a documentary of a music festival, but on ancient burial grounds.

The girls had wanted qualityâthey had both immediately rejected the box-office flop
Don't Turn Around!
along with its even floppier sequel,
No, Seriously,
Don't
Turn Around!
Also the less-than-B-grade efforts
This Ghoul's for Hire
,
Ghost with the Most
,
Moon over Splatter Manor
and
Shriek Shack
. Those movies were all overstuffed with characters they called, “Too Stupid to Live” (or TSTL for short). No, the girls valued the intelligence and discerning tastes of their prospective patrons.Â

And the icing on the ghoulish cake? Both pictures were available in 3D! Cheryl and Tweed had been dying to hand out the cardboard green-and-red-lensed 3D
glasses, which had been languishing forever in a box on a shelf in the projection booth, to the Drive-In's patrons, and finally this was their chance! The town of Wiggins Cross would be abuzz on Monday morning with water-cooler movie chat!

Now, as they sat in Pops's pickup truck at the back of the Starlight Paradise's (full-to-capacity, thanks to their excellent choices) Drive-In movie lot, the girls revelled in the squeals of gleeful terror that occasionally drifted over from the other cars parked in the lot. Every time a ghostly hand or ghastly face orâas in the scene they now watched, wide-eyedâfloating garden implement seemed to leap off the screen and through the windshields of the parked cars, the girls could see the vehicles shudder with the responses of their occupants. And they would trade worldly glances, knowing thatâalthough enjoying their audiences' reactionsâthey, themselves, were far too steeped in the traditions of the cinema to ever fall for the sudden-shock scare.

“Amateurs,” Cheryl said. “Nothing scares us.”

“Oh, absolutely.” Tweed nodded, her solemn grey eyes unblinking behind the parti-coloured 3D lenses. “Nothing in the world could possiblyâGAH!!”

The inside of the truck cab suddenly exploded with snacks as a ghastly creature leaped up from right in front of the front bumper, landing loudly on the hood and, contrary to the girls' recent assertions, scaring the ice-cream-loving socks right off both of them! Cheryl's
double-dip ice cream wound up stuck to the roof of the cab when she launched it into the air in involuntary terror. The cracked cone dripped ice cream onto her freckled nose. The fringe of Tweed's straight, dark hair had lost some of its gothy seriousness, dotted as it now was with gummi worms and popcorn puffs. Beneath the fringe, her 3D glasses sat askew at a hilarious angle.

Outside, on the hood of the truck, their grandfather Pops laughed as he pulled the inside-out clown mask off his head, pleased that he had once again managed to startle his unstartleable granddaughters. The girls had to give him credit. His usual methodology was to wait until they had been lulled deep into their movie-watching groove, then he would climb quietly up into the truck bed andâduring a suspenseful sceneâpound on the roof of the cab. This time, Cheryl and Tweed had secretly rigged up fishing line tripwires connected to jingle bells in the cab so they'd be alerted to his approach. But Pops had been on to their booby trap and, sneaking around to the front of the old pickup, had made good use of the 3D effects emanating from the big screen.

“Well played, Pops,” Cheryl murmured, plucking her ice cream stalactite from the ceiling and plopping its sticky remains into her empty soda cup.

Still chuckling, Pops came around to the driver's-side window, where the car speaker, removed from its resting
post, hung inside. He knocked a knuckle on the glass pane. Tweed rolled the partially open window down far enough for Pops to stick his head inside the truck.

“Picture's over in fifteen minutes, girls,” he said. “I expect you both to be in bed with your teeth brushed and PJs on right after the end credits roll, all right?”

“That's my girls,” Pops said and wandered back toward the Drive-In's Snak Shak.

The girls had lived with their grandfather in his farmhouse at the edge of the Drive-In lot ever since they were five years old. Everyone in Wiggins referred to them as “the twins” and they were, in fact, identical twinsâjust not with each other. They were cousins. But one day seven years earlier, on a double family outing, Cheryl and Tweed and their twin sisters and parents had all boarded a small plane and headed out for a weekend vacation in the mountains west of Wiggins.

That was the last anyone saw of Cheryl's family, or Tweed's family, or the family friend who had piloted the plane. Cheryl and Tweed were found alone in the foothills two days later, unharmed but with no recollection of what had happened beyond a flash of bright white light. No one in Wiggins liked to talk much about “The Incident,” but, whatever had happened all those years ago, it had forged an unbreakable bond between the cousins. Well, that â¦ and a mutual love of B movies and
buttered popcorn. Along with a burgeoning babysitting business!