Read The Heart of the Phoenix Online

The Heart of the Phoenix 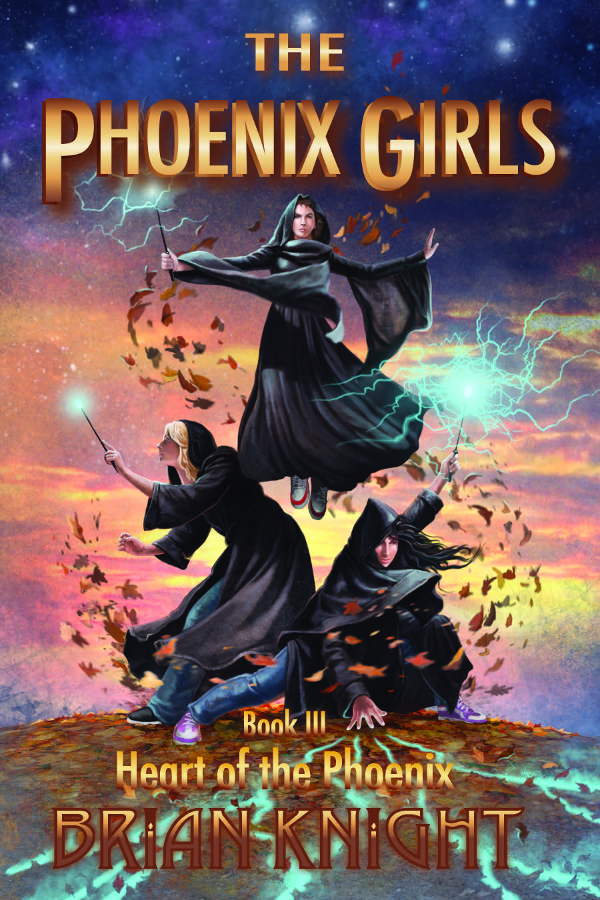 Book III - The Heart of the Phoenix 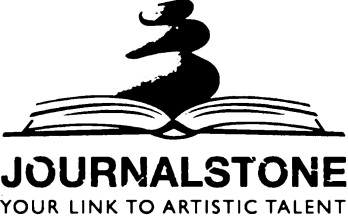 The views expressed in this work are solely those of the authors and do not necessarily reflect the views of the publisher, and the publisher hereby disclaims any responsibility for them.

For Cassidy Blake Payne, without whom this book would not have been possible.

Book III - The Heart of the Phoenix

The Secret of Aurora Hollow

The monk’s home appeared modest from the outside, partly because it sat alone in a blasted desert landscape, a place where even the cacti were stunted and scrawny and the only life was nocturnal, but mostly because it
was
modest.

It was a small, square adobe made of eroded mud bricks and a tinder-dry thatch roof. Its door was rough and ill-fitting, a solid slab of thick wood with a worn leather strap nailed to it for a handle. The hinges were bulky and rusted, and there were no windows. Narrow slits were centered on each of the four walls to spy out approaching visitors, and an iron bar stood ready inside to brace the door and keep them out.

One would think that the monk disliked visitors, and one would be right.

Erasmus Pi wanted nothing to do with visitors, be they human, manimal, spirit, or otherwise. As far as he was concerned, the assorted races of Gallia could go jump in a hole, the deeper the better.

Not that the monk ever had visitors. He had only spent a short time at his new home, and only one person knew he was here, his old friend Ronan, and Ronan wasn’t talking. They were both hunted now, both desperate, and Ronan could gain nothing by betraying Erasmus.

The illusion of modesty continued on the inside. A short run of steps dropped to a recessed brick floor, and the room’s most striking features were the small table, a smaller cot, and a strange device, a box with a lever sticking out of the top and a hand-crank on one side.

Erasmus Pi, exiled South Island Monk, exiled former tutor to the children of the House of Fuilrix, fugitive from the massing avian tribes, was at a personal low point in his long and admittedly too interesting life. But at least he was safe, hidden in the Dead Lands and out of reach of his enemies, which included, at last count, everyone.

Well, everyone except Ronan, but Erasmus had his own issues with Ronan.

He lay stretched out on his cot, a short man with a round, chubby face, a stout torso, and limbs that seemed slightly too long, out of proportion to the rest of him. He wore a black top hat pulled down to a pair of black welding goggles, and a long black coat with a split tail that hung down to either side of his gently swinging cot, brushing the floor. He’d been in that cot napping for the past several weeks without interruption. Not his personal best, but still a respectable nap. He was prepared to spend the next several weeks in the same fashion if fate allowed. Out of trouble’s way and recharging.

Then the alarm sounded, and his pleasant nap came to an end.

Erasmus floated upside down in a cloud of stardust, far above the gentle curve of a serene blue-green globe that was familiar from several of his favorite books. He was above the dayside but could see a rim of twilight creeping along beneath, eating up the bright colors. A bright tracery of artificial light etched the dark scarlet of the encroaching night like rivers of burning coal. The moon crested behind it, lending a certain pockmarked ambiance, not to mention a gravitationally stabilizing hand.

Erasmus moved farther away and shifted his perspective to include the other Earths stacked above and below, seemingly to infinity. Many were identical to the one he’d been watching, with their own moons, oceans, identical continents, and a few with their own traceries of electric light. Some had no moon, with deeply tilted axes and wildly erratic rotations. Many were green with life. Many glowed red with fire or radiation. Some were dead lumps.

But they were all Earth.

Erasmus searched for his and found one he figured was close enough. There was no moon, no eclectic lights on the approaching night-side, and a disturbing irregularity in the pitch, but it was home. He moved in closer until he could see the mass of islands where his people came from, the large one on the outer western rim where he’d lived. He hadn’t been there for a long time.

Ronan often told Erasmus that his obsession with the mysteries of the multi-verse blinded him to the world he actually lived in. Erasmus often told Ronan to mind his own business, but had to admit to himself at least that his foxy old friend had a point. He thought he would be much happier if he could just let it go, but letting go was hard when you grew up in a culture that specialized in obsession, many of its more accomplished members spending the majority of their lives in speculative trances.

Their obsessions varied, Erasmus’s father had spent most of his long lifetime speculating on the planet beneath their feet; the internal forces that shaped and changed it over periods of time, creating land and oceans and the living things that covered it, and the great explosions and shakings that sometimes ripped pieces of the world apart in moments. The apex of a successful life was the moment when a lifetime’s speculation condensed into truth. His father had awakened from his last long trance and spent a sleepless year writing everything he’d learned, then died of exhaustion at the writing’s conclusion.

Most were not so successful; Erasmus’s foolish uncle Bilge had been convinced that rocks and plants had a lively inner consciousness, and that he could make contact with the spirit of a favorite potted cactus by thinking happy thoughts at it while in trance. Bilge had spent several months cuddled with the prickly cactus, and it had been a young Erasmus’s responsibility to keep the plant alive and pluck the occasional spine out of his weird uncle’s hide. Bilge had awakened at the end of his long trance, uttered one of the foulest phrases in his race’s language, and died of embarrassment.

Erasmus was positively flighty by the standards of his race, which is perhaps why he’d done the unthinkable and left the island to explore the wider world beyond.

Mostly he never regretted the decision to leave the island. He was a bit of an oddity to the assorted peoples of the mainland, but they had found him a useful oddity at least. There was always something interesting to keep him occupied, whether telling stories to entertain travelers at the inns that dotted the roads between the cities and villages, bartering for goods and lore with the manimal tribes that existed on the fringes of the wild, or fleeing for his life from the united avian tribes of the east. Life was interesting.

Things didn’t get weird until he met the Reds and started visiting other worlds.

For a member of a race that mostly exists on a single small island, traveling his own world was quite adventurous enough, but to visit another world... That was not an easy sell, but the Reds had finally enticed him. It was in another world that he discovered his purpose, a thing called science. There were writings, tools, wild ideas and discoveries beyond anything he could have imagined, knowledge that might make the attainment of his life goal accessible.

But his association with The House of Fuilrix had gotten him into just the kind of trouble his people had warned him about when he left. Now the family he had once served had turned against him, hunted him, driven him into hiding, and would likely have him soon, whatever world he chose to hide out in.

Even the world inside his head wasn’t safe anymore.

The bird cheeped and dove down at Erasmus. It landed on his shoulder and looked the sleeping man in the face.

It was a small bird, tiny, a scale model copy of the colorful Plumed King from the South Islands; bright yellow, red, and blue, with a beak like a sickle. The Plumed King was a majestic bird, though bad tempered and prone to bouts of foul language and childish pranks. Erasmus’s miniature version, his security system, was no less bad tempered.

Erasmus grunted and rolled over, dislodging the miniature Plumed King from his shoulder.

It fluttered around his head and landed on his other shoulder, then pecked him sharply on the tip of his bulbous nose.

Erasmus grunted in his sleep again and swatted the bird away. A moment later his tall black top hat slipped off the top of his head, releasing a black nest of long tangled dreadlocks, which also began to swat at the bird.

“Back off, squid!” The bird ducked and dove through the flailing hairy tentacles that seemed to be operating independently of the still sleeping Erasmus, then pecked one that came too close.

The squirming tentacle reared back and curled itself up close to Erasmus’s head, its heart for the fight gone. The bird landed on his shoulder again, slipped its beak into his ear, and let out a piercing shriek.

“Wake up you lazy old twit!” The bird took flight again and hovered a few inches below the ceiling, well out of Erasmus’s reach.

The little man, fully awake at last, sprang from his cot swinging his pudgy little fists over his head.

“What?” Erasmus bellowed up at the little bird and leapt up for another swing at it. “Get down here you little nuisance!”

“No!” The little bird dove down to peck at Erasmus’s groping hand, then darted back out of his reach. “Not until you’ve settled down!”

Erasmus growled and jumped again, his spindly legs barely lifting him off the floor.

“Ha!” The bird laughed and clicked its beak aggressively at Erasmus, then dove for him again.

Erasmus made another snatch at the bird, but not with his hands. His tangled nest of dreadlocks began to stir, then burst into activity. One snapped upward and wrapped around one of the bird’s feet, then a second grabbed hold of the other.

Falling For The Doctor (BWWM Pregnancy Romance) by Violet Jackson
Reese by Terri Anne Browning
To See You Again by Alice Adams
The Alienist by Caleb Carr
The Pale Blue Eye: A Novel by Louis Bayard
Night Sins by Lisa Renee Jones
The Italian by Lisa Marie Rice
Claudia Dain by The Fall
Come Fill Me (The Prophecy) by Donahue, Tina
Benched by Rich Wallace