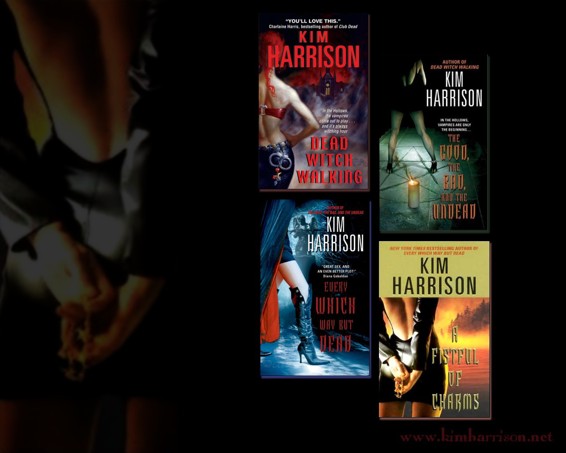 Of Vampires—Living and Not So Living

Pixies and Fairies. Yes, There is a Difference.

Music as My Inspiration

'
Twas
the Night of the Solstice

Watson and Crick discover the DNA double-helix model. Collaborating with Rosalind Franklin, they use Cold War funding for their own research instead of for space and unconventional weapon development. This greatly advances the understanding of genetic manipulation as the US develops genetic weapons instead of nuclear. Space exploration fizzles out.

Rosalind Franklin continues her research, helping to push genetic understanding up for the following twenty years and giving us a wealth of genetically produced drugs in the 1960s.

1966-1969
Turn begins and ends. The T4 Angel virus transported by a tomato designed to feed the people of the third worlds.

Ivy and Trent are born.

Trent and Rachel's fathers die. Leon Bairn quits the I.S. and is assassinated to keep his findings quiet.

Ivy joins the I.S. as a full runner after graduating from a four-year course of study.

Rachel and Ivy work together during Rachel's last year as an intern.

Of Vampires—Living and Not So Living

Published in conjunction with

Even before the Turn, vampires have held a place in literature as figures of power and terror, lusting after both our blood and will. They’re capable of horrific actions with no sense of remorse, instilling humans and Inderlanders alike with a healthy respect born in fear. But even more dangerous than a hungry vampire is trying to confront one in ignorance. It is with this in mind that I agreed to put on paper the distinctions that separate the big-bad-ugly wannabes from the really big-bad-uglies. Both can kill you, but if you know their limits and liabilities, this very powerful, manipulative branch of the Inderland family can be understood and handled in a successful manner. And if that fails, shoot ‘em until they stop moving.

Living vampires are either high-blood—vampires conceived within a living vampire and therefore having an inactive vampire virus fixed into their fetal genome to modify their development, or low-blood—humans bitten by an undead and existing in a tenuous, halfway-turned status. Only an undead vampire has the active form of the virus that can infect a human. The virus happily settles itself within cells of the blood-producing bone marrow of its new host and immediately goes dormant. Very little of the vampire’s abilities or liabilities are imparted to the hapless human.

Bitten humans half-turned are at the bottom of the vampiric rung, constantly currying the favor of their undead sires for a chance to ingest more of his or her blood in the hopes of achieving a higher level of vampire characteristics. With their human teeth, human frailties, and lacking any blood lust but in their imaginations, they’re little more than a willing source of blood to the undead and an object of hidden ridicule to the rest of Inderland.

Low-blood vampires rightly live in fear that the undead who feed on them will become careless and accidentally kill them, conveniently forgetting to finish the job and bring them back as an undead. And whereas a high-blood vampire is born with status that he or she carries into vampiric death, low-blood vampires must fight for theirs. They can be very dangerous if they start to overcompensate, becoming ruthless to measure up to their sire’s expectations. Just punch them in the gut, and they’ll fall like any other human.

The other extreme of the vampiric existence are the true undead. These are the soulless, alluring vampires who exist only to satisfy their carnal urges, and it’s their incredible strength coupled with their utter disregard for life that makes them such a threat. They experience no compassion or empathy, yet retain all their memories; they remember ties of love, but they don’t remember why they love. It’s a dead emotion, and in my limited experience, it brings untold grief to the living they interact with and once cared for.

The liabilities of the undead are few, and while they have lost their souls, many don’t consider that a drawback but a blessing. If sanctified, crosses can inflict real damage on undead tissue, but it’s a charm that causes the hurt, not a religious belief. Bringing out a cross will most likely only irritate a vampire, not get him or her to back down, so have something more potent to follow it up with.

In theory, the charm to burn undead flesh can be put into any bit of redwood or silver, but the magic is older than agriculture, and those that craft the spell—be they human or witch—insist the charm won’t stick to anything but a cross. Personally, I wouldn’t trust anything but a sanctified cross to distract a vampire in a tight situation.

I’ve found that unblessed artifacts of any religion are little more than a bother, ticking off the undead with the reminder that because their soul has already moved on, there will be nothing to carry their awareness to a higher plane when their body fails again. Undead vampires are intimately aware that if their body dies, not only will their spark of life cease, but that it will be as if it had never existed, a thought intolerable to the immortality-seeking vampires.

It’s with the undead that light becomes a liability. The virus that allows vampires to continue his or her existence after the loss of their soul is rendered inactive by light, and they will undergo a sadly un-dramatic death. However, if the big-bad-ugly falls to the ground in anything less than full sunlight, shoot ‘em before you go see if he or she is really down. They’ll move if they’re still conscious. Trust me on this—damn the paperwork, and just shoot them. Twice.

Only the undead are capable of bespelling an unwilling person, luring them into a state of bliss by way of sophisticated pheromones. This is perhaps the most dangerous aspect of the undead and should be treated with the utmost caution. Don’t bother averting your eyes; it won’t help and only pushes a hungry vampire’s buttons. Fear is a blood aphrodisiac; try not to make things worse.

Fortunately, unless you have pissed the undead off or are quivering in terror, they will likely ignore you as a source of blood. The undead are fastidious in choosing their blood partners and will generally target living vampires to avoid legal battles with humans. A word of caution: luring and betraying humans to their ruin with false promises gives the undead a feeling of lustful domination that stirs them almost as much as the blood. Try not to get involved.

The newly undead can be very cruel to those they don’t fear or once loved, but with time they regain a veneer of morality, most attaining elegant social skills to beguile and charm. It’s all the better to eat you with, my dear, so be careful. A good rule of thumb is the nicer a vampire is, the more depraved he or she can be.

As their sophistication grows, an undead vampire’s lust for domination mixes equally with their desire for blood, making the blood of the betrayed far sweeter than the blood of the merely stupid. The older the vampire, the longer and more emotionally devastating the hunt can be on the hunted. The “long hunt” is a skill that even living vampires unconsciously practice.

Caught between the living and the undead are the high-blood living vampires, existing in a state of grace most other vampires envy. They embody the best of both worlds and are the cherished living children of the undead, both protected and plagued, loved and abused, warped, manipulated, and coddled by the undead who hunt and feed upon them.

High-blood living vampires are not bitten but born with the vampire virus already having molded them into a state of in-between. As a result, high-blood living vampires possess an increased strength and reflexes, better hearing, and an incredible sense of smell all of which fall between normal human and an undead vampire. Even more telling is that they can bespell the willing, becoming deadly if their lust for blood overrides their other emotions.

Fortunately, the blood lust in a living high-blood vampire doesn’t kick in until puberty, and even though they don’t need blood to remain sane as the undead do, the dormant virus does impart a craving for it. You can spot living vampires by their magnetic personality and their sharp canines, but don’t rely on the teeth as they can be capped.

Because the virus is fixed into their DNA, living high-blood vampires are guaranteed to become an undead even if they die with every last drop of blood in them. If you accidentally kill a living vampire, be responsible and call an ambulance before the sun comes up. They have the right to settle their affairs even if they might want to take you out later. Chances are good that if you apologize, they may thank you for ending their first life.

Living vampires possess rank based on bloodlines both living and dead, sometimes stretching back generations. This gives many of the more affluent living vampires a “prince in waiting” status honored by all wise vampires and should be honored by you. A blood sire often charts the path of his living children with the careful study of breeding thoroughbreds, so if you insult a living vampire, you may hear about it from their master. Whether you agree with their lifestyle or not, you should respect someone who was around at the signing of the Declaration of Independence.

Through the generations, living and undead vampires have evolved many ways to capture and keep a ready supply of companionship and blood, most of which hinge on pheromones both consciously and unconsciously emitted. Supporting the pheromones is a veritable cocktail of neurotransmitters and endorphin-inducing compounds in the saliva of a vampire. With any bite, the compounds settle into the tissue surrounding the wound, and when stimulated, even years later, may cause pain to be recognized as pleasure. Don’t be fooled. It’s a trap.