Read The Horse at the Gates Online

The Horse at the Gates 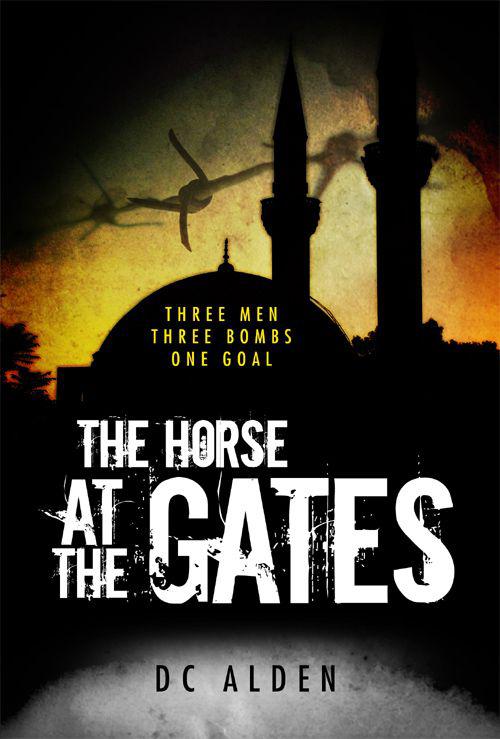 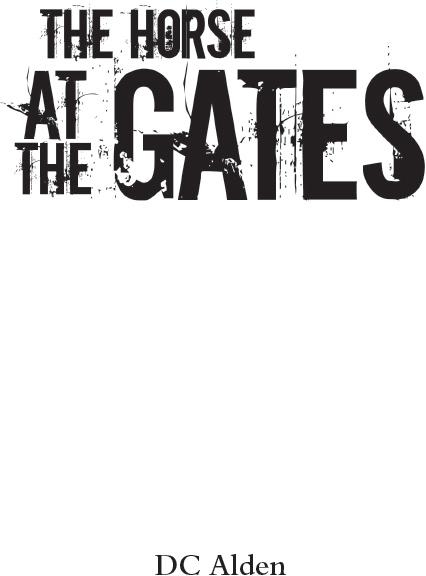 The right of DC Alden to be identified as the Author of the Work has been asserted by him in accordance with the Copyrights, Designs and Patents Act 1988.

This hollow fabric either must inclose,

Within its blind recess, our secret foes;

Or ‘t is an engine rais’d above the town,

T’ o’erlook the walls, and then to batter down.

Somewhat is sure design’d, by fraud or force:

Trust not their presents, nor admit the horse

Be not fainthearted then; and invite not the

infidels to peace when ye have the upper hand:

for God is with you, and will not defraud you

of the recompense of your works...

‘Tell me, what will happen after the bomb, after the chaos that will follow?’

The young student whispered the question as he leaned across the restaurant table, careful to shield his mouth with the palm of his hand as he’d been taught. His contact, Javed Raza, a burly field operative with Pakistan’s intelligence agency, waved the young man back into his seat and summoned a waiter with a snap of his fingers. He’d arrived at the popular Islamabad restaurant only moments ago and understandably the boy was eager to press him for information, but the meeting had to appear casual, just two friends enjoying lunch. Raza made sure he sat facing the street and draped his crumpled suit jacket over the back of the chair.

‘All in good time, Abbas,’ he said, scooping up a menu. Raza saw the boy frown as the waiter delivered a carafe of water to the table.
Ah, the impatience of youth
; he knew the feeling, the thrill of a forthcoming operation, the excitement as the details of the target unfolded. He should be feeling the same but today he wasn’t himself. Maybe it was the weather; it was damned hot, the sky a clear blue, the sun a relentless white orb baking the city. He poured a tall glass of water and raised it to his mouth, his lips barely moving. ‘Be patient. Eat. Then we talk.’

The waiter took their order and hurried away. Raza fanned his sweating face with a folded newspaper and watched the street. Their table was outside on the pavement, set deep in the shadows of the Haleem Cafe’s striped awning that offered some protection from the midday sun. Nearby, the lunchtime crowds squeezed through the bazaar’s narrow streets. Businessmen jostled for space alongside burqa-clad women, while street vendors lounged outside garish shops and ramshackle stalls, smoking cigarettes and touting their wares with monotonous mantras. The noise was incessant as voices battled with each other, with the taxis and motorbikes that revved and honked their way through the human tide. Laughing children ducked and dodged through it all, oblivious to the crowds, mocking the curses that followed them, ignorant of the hardships the future held for them –
if they survived
, Raza observed.

His dark eyes narrowed as a passing military foot patrol cut a path through the throng, weapons held across their chests, suspicious eyes peering beneath helmet rims. Islamabad had barely been touched by the violence spreading around the country yet there was nervousness in the soldiers’ movements, a sense of urgency that fuelled their swift passage through the narrow confines of the bazaar. Raza watched the crocodile of green helmets bobbing through the crowd until they were lost in the distance.

The food arrived in short order, delivered to the table in steaming bowls; spicy lamb biryanis with alu subzi potatoes, taftan bread and chapattis, with a side order of shami kebab for the boy. They ate in relative silence, watching the ebb and flow of the bazaar as the tables around them filled with lunch goers. Raza could only manage a few mouthfuls then pushed his plate away, the nausea that had plagued him all morning robbing him of his appetite. Finally the table was cleared and the carafe refreshed. Raza produced a small white tablet from a pill box and slipped it under his tongue, washing it down with a glass of water as the waiter delivered a pot of coffee to the table.

‘You are unwell?’ Abbas asked, pouring them both a cup.

Raza ignored the observation. He pushed his coffee cup to one side and leaned forward, his thick, hairy arms folded on the table. ‘So,’ he began, his voice low, his eyes scanning the other diners, the passers-by, the street vendors, ‘you are prepared?’ Although both men spoke fluent Punjabi, they slipped easily into Arabic.

‘Yes,’ replied Abbas, burping loudly as he drained his cup, ‘I have made my peace.’

Raza noticed that the boy’s green eyes shone brightly, sensing the adrenaline that pumped around his body, like a fighter seconds before the opening bell, energised, powerful, a machine of violence waiting to be unleashed. He’d seen this before, in others, those that had been chosen for missions from which there would be no return. This operation was different though; this time there could be no fasting, no ritual ablutions, and this had troubled the boy. But security was paramount.

‘Your courage is an inspiration to others. Your family will honour your name.’

Raza watched the boy stroke his thick beard and lower his eyes. He stared at the table cloth a moment, then looked up and said: ‘They have no knowledge of this.’

‘Have no fear,’ Raza assured him, ‘they will be informed.’

‘They are poor. I am their only son.’

‘Arrangements have been made. They will be compensated handsomely.’

The boy’s eyes closed momentarily, the guilt lifted from his shoulders. It was only right. The parents were farmers, scratching out a living from the stubborn soil of the Siran Valley. Like most parents they nurtured a hope that their young son, blessed with an aptitude uncommon for his lineage, would support them during their advancing years. It was not to be, the boy drawn to the cause in his first semester at the University of Engineering & Technology in Khuzdar. There he’d been marked for interest, cultivated, schooled in the necessity for global Jihad. Normally such an intelligent asset would not be wasted on a single operation, but today was different. Like no other.

‘Tell me, Mr Javed. After the bomb. What will happen?’

Raza spoke quietly, his eyes watchful. ‘It will not be as you imagine, my young friend. The armies of Allah will advance without weapons and the battles will be bloodless, fought in the polling booths and government chambers of the west. It is true, many will die today and most will be brothers and sisters of the faith...’ Raza paused, studying the boy before him. ‘You seem untroubled by this.’

‘The cause is worthwhile, is it not?’

‘More than you realise.’

‘Then it is not for me to pass judgement, only to execute the mission.’

Raza leaned back in his chair and regarded Abbas with a satisfied eye. The candidate was much more gifted than the usual batch of ignorant goat herders and mental cases who rarely hesitated to sacrifice their young lives for Allah. ‘Where is the vehicle?’

The boy pointed a slender finger towards the eastern end of the bazaar. ‘Some distance away, just as you instructed.’

The bill was settled and the men left the restaurant, plunging into the river of bodies, allowing the swirling current of humanity to carry them along, indistinct yet disconnected from the herd. The boy walked slightly ahead, subtly shouldering a path through the crowd. He was acting like a bodyguard Raza realised, protecting his master from the worst of the throng. None challenged his sharp elbows, his garb and purposeful movement brooking no argument. Despite the waves of nausea, Raza smiled with satisfaction. The boy would not disappoint.

Ahead a small group of western missionaries, all women, clustered around a young blind girl and a smaller boy squatting between two ramshackle market stalls. The children were filthy, their clothing threadbare and soiled, their thin faces streaked with dirt. The boy was maybe six or seven, a begging cup held tightly in his grubby hands. The missionaries clucked around the urchins like mother hens, soothing and pawing them with their bare hands. Westerners were a rare sight in Pakistan these days and Raza felt the anger rise in his chest.
Infidels, stubborn in their flawed beliefs, meddling in the affairs of others, their smooth words and fake smiles luring the afflicted and the dull-witted towards the Christian faith.
One of them unknowingly blocked their path, a small pale woman with grey hair tucked beneath the rim of a white baseball cap. As if he’d read his mind, his young companion stiffened his arm and elbowed her roughly aside, much to Raza’s amusement.