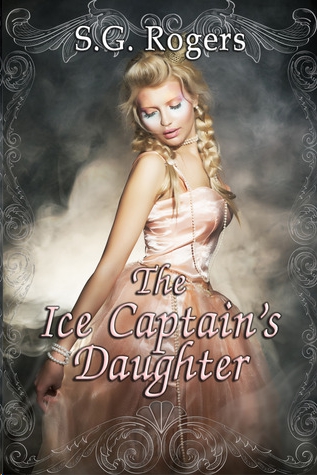 This book is a work of fiction. While references may be made to actual places or events, the names, characters, incidents, and locations within are from the author’s imagination and are not a resemblance to actual living or dead persons, businesses, or events. Any similarity is coincidental.

This book is licensed to the original purchaser only. Duplication or distribution via any means is illegal and a violation of International Copyright Law, subject to criminal prosecution and upon conviction, fines and/or imprisonment. No part of this book can be reproduced or sold by any person or business without the express permission of the publisher.

To Juli,
who always offers a kind word

J
ILLIAN
R
ORING
G
AZED
at the passing Cotswolds scenery through the carriage window. Although the rain-drenched English countryside was lovely, the dreary weather had slackened the horses’ pace. Hidden by voluminous skirts and petticoats, Jillian’s toes tapped the carriage floor. Her maid looked up from her knitting.

“Are ye troubled about something, Miss Roring?”

“I’ve never been quite so impatient to get somewhere in my whole life. At this pace, we’ll most certainly miss the three o’clock train to London. Have you ever been to town, Betsy?”

“Me and my brother George was born there, in the East End.”

“Perhaps you have some friends you’d like to visit, on your days off?”

“No, miss. I promised meself if I ever left, I would ne’er look back. I mean ter keep that promise, no matter what.”

Jillian glanced over at the rapidly increasing length of lace coiled on Betsy’s lap.

“You’re so very clever with your hands. I’ve thought about learning to knit but I’m afraid your work would put my efforts to shame.”

“Ye’ve employed yer time at the piano much better, ter be sure.”

Just then, the brougham slowed abruptly and then came to a stop. The two young women braced their feet on the floor to avoid being thrown forward.

“Oh, bother,” Jillian said. “Why are we stopping? We’re in the middle of nowhere.”

Jillian patted her arm. “It’s nearly the twentieth century, so I don’t suppose highwaymen exist anymore. No, I imagine a broken tree branch has fallen across the road. We’ll be on our way momentarily, as soon as George removes it.”

When a pistol shot rang out, both women flinched. Moments later, the carriage door was flung open and a strange man appeared. A kerchief covered the lower half of his face and he brandished a British Bull Dog revolver. Betsy shrieked.

Although Jillian was shaking, she lifted her chin. “What do you mean by this intrusion, sir?”

To Jillian’s shock, the man lurched into the carriage and grabbed her by the wrist. “Yer comin’ with me, miss.”

“I most surely am
not!
Unhand me, blackguard!”

Although she tried to twist away, the highwayman hauled her from the carriage and into the road. From the driver’s seat, George was hunched over, clutching his shoulder.

“Don’t touch my mistress!” he managed.

The robber gestured toward the young man with his pistol. “Stay where ye are, unless ye want the next bullet in yer heart.”

Betsy started to climb out of the brougham, but the robber shook his head. “Yer to deliver the ransom note.”

He tossed a crudely written missive at the maid, even as a look of confusion twisted her features.

“But I thought I was ter go with—”

“Shut up,” he said, pointing his gun at Betsy.

The man chuckled. “Ye should be worried about yerself.” He fired another bullet into the air over George’s head. “Drive on!”

Startled at the loud noise, the horses backed up. The wooden rear wheel of the carriage rolled over the robber’s foot. In the next moment, the horses changed direction and bolted. The man dropped his grip on Jillian’s arm as he hopped on one leg, reeling off a litany of curses. Without hesitating, Jillian picked up her full skirts and ran into the woods on the far side of the road.

A desperate glance around revealed no place to hide. Although her bottle green traveling suit blended with the foliage, the trees were too slender to offer refuge.

A bullet whistled overhead and sent a spray of bark into Jillian’s path, but she was undeterred.
I’m not a sea captain’s daughter for nothing!
Her boots squelched in the muddy leaves as she ran. Determined to evade her captor, she darted around trees and bushes. Branches plucked at her sleeves and hat, and raindrops blurred her vision. Moisture soaked into her clothes, making her progress ever more labored. Worse, her corset wouldn’t allow her to take a deep breath. A sharp cramp in her side finally forced Jillian to pause.

A crashing in the woods nearby startled her into tripping on a felled branch. Moments later, her pursuer yanked her upright and slapped her across the face.

His kerchief slipped with his efforts. Although her eyes stung with tears, Jillian peered at him.
I know him!

“Sam Netherby, is that you?”

The man swore and jerked his kerchief up over his nose. Jillian pulled the twelve-inch steel hatpin from her beribboned cap and stabbed him in the shoulder with it. Sam howled with pain—and rage—as the hatpin protruded from his body.

While he was preoccupied with his injury, Jillian took off running once more. A sudden gust of wind lifted her cap from her blonde hair and blew it into a tree. Not twenty paces later, another gunshot rang out. Something tugged at her skirt but she didn’t pause.
British Bull Dogs have five rounds…and he’s spent four. Let’s hope the last one doesn’t find its way into my back.

She emerged from the woods and into a clearing. The rain had become a spring squall, complete with thunder and lightning. Jillian spotted a cottage beyond a rock fence, with a curl of smoke rising from the chimney.

“Help! Somebody help me!”

She sprinted for the stile—too late. Sam grabbed the gathered fabric on the back of her skirt and held her fast.

He grabbed her around the waist and lifted her bodily back toward the line of trees. As she struggled to free herself, a deep, commanding voice rose above the storm.

“Step away from the lady at once!”

Sam’s sudden release pitched Jillian forward into the mud, next to a pair of Wellington boots. Blinking away raindrops, she glanced up at a tall, bearded man. He wore a fierce expression and was aiming a hunting rifle at her assailant.

“Place your firearm on the ground,” he ordered.

The pistol landed with a splash in a puddle. In the next moment, Jillian’s erstwhile kidnapper was hightailing it to the woods.
I’m safe!
A wave of gratitude loosened the knot in Jillian’s chest.

The man lowered his shotgun. “Are you all right, miss?”

The immediate danger past, Jillian cast an appraising glance at her rescuer. He was hatless and in his shirtsleeves, having come to her aid at a moment’s notice. She took his proffered hand, uncomfortably aware her hat was missing, her dress was muddy, and the hair Betsy had so carefully curled and arranged for her that morning now resembled blonde snakes. Jillian attempted a curtsy, but suddenly found herself sitting in mud once more. A streak of lightning lit the sky, followed in the next moment by a tremendous crack of thunder. Her nerves frayed, she burst into tears.

The bearded man set his rifle down, spanned her waist with his large hands, and lifted her to her feet. He jerked his head toward the cottage, shouting to be heard over the storm.

He retrieved his rifle and Sam’s pistol and stepped toward the stile. As Jillian moved to follow, she faltered. A sharp stinging in her leg finally reached her awareness shortly before she fainted.

A painful ache brought Jillian to consciousness. Confused, she raised herself up on an elbow. She was resting on a small bed in the corner of a one-room stone cottage. Her jacket and gloves were draped at the foot of the bed, her right leg was throbbing, and a large reddish-brown streak stained her dress in the vicinity of her thigh. To her alarm, the fabric had been pierced by a small hole.
A bullet hole!

The man who’d rescued her sat next to the fire, where a skinned rabbit was roasting on a spit over the open flames. He was still hatless, but he’d since donned a lounge jacket. He glanced over when she pushed herself into a sitting position.

“The bullet only grazed you, but you lost a fair amount of blood. I applied a bandage to stanch the bleeding.”

Since the injury was several inches north of her knee, Jillian flushed with embarrassment.

“Thank you,” she managed.

He stood and bowed from the waist. “Mr. Mackenzie Logan, at your service.”

“Miss Jillian Roring.” She nodded. “I’m very pleased to make your acquaintance, sir, and I thank you for your timely intervention. That horrible man was trying to kidnap me.”

“I gathered as much.”

“I was on my way to the Cirencester train station when my carriage was waylaid. The highwayman is Sam Netherby and he used to work for my uncle before he was fired for drunkenness. Sam was after a ransom, apparently, but I impaled him with my hatpin for his trouble.”

“Quick thinking, that. Do you imagine he was working alone?”

“I-I don’t know. I didn’t see anyone else.” She cast a worried glance at the door. “Do you suppose he’ll return?”

“Since I have his pistol, I suspect he’s long gone. When we reach my home tomorrow, I’ll send for the constable.”

“No, it’s a hunting cottage on the edge of my estate.”

Jillian’s throat suddenly contracted with thirst. “Might I trouble you for a drink of water?”

“Of course.” Logan hastened to pour Jillian a cup of water from a jug. “The rabbit will be cooked in a few minutes, if you’re hungry.”

Learn to Fly by Heidi Hutchinson
Temple Hill by Karpyshyn, Drew
All Eyes on Her by Poonam Sharma
The Gift of Shayla by N.J. Walters
A Man Alone by Siddall, David
Crime and Punishment by Fyodor Dostoyevsky
The Sins of the Mother by Danielle Steel
Star Force: Evacuation (SF50) by Jyr, Aer-ki
FARHAYVEN: VENGEANCE by Ng, S. K.
Tranquil Fury by P.G. Thomas