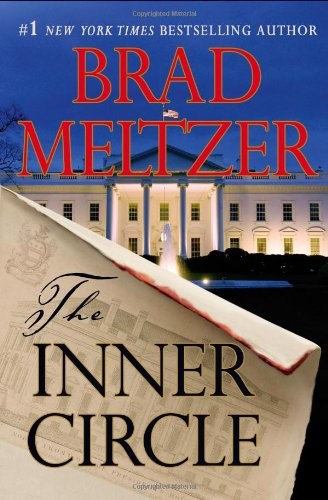 For Theo,
my son,
who came into my life
when I needed him most

I know who’s in my inner circle. Many of them are listed below—including you, treasured reader, who give me the support that still lets me do this. So thank you to the following: My first love and first lady, Cori, who pushes me, challenges me, fights me, but most important, believes in me. Since junior high. Jonas, Lila, and Theo are my greatest and most beautiful treasures, and they astonish me every single day. There is no greater love than the love I have for them. Jill Kneerim, the patron saint of agents, who remains my steadfast champion and dear friend; Hope Denekamp, Caroline Zimmerman, Ike Williams, and all our friends at the Kneerim Williams Agency.

This is a book about history and friendship—and the profound power when you combine the two. But it’s also about what we’ll do for our families, so let me thank mine, beginning with my dad, who taught me how to fight, especially when it came to those I love most, and my sister Bari, who continues to teach me even more of the same. Also to Will, Bobby, Ami, Adam, and Gilda, for everything a family can be.

Here’s a secret: As a writer, you can only be as good as the readers you share your first drafts with. So let me start with the reader whom I couldn’t do this without: Noah Kuttler. For every page I write, Noah hears it first. He is ruthless, insightful—and never takes his eyes off the craft. He’s the one I count on to make sure I’m being intellectually honest—and also to make sure I’m not being the middle-aged cliché that my body so wants to be. Ethan Kline has read and improved every early draft since I started writing; and Dale Flam, Matt Kuttler, Chris Weiss, and Judd Winick have saved me in more ways than they’ll ever realize.

In a novel so steeped in our nation’s history, I owe the following people tremendous thanks for sharing that history: First, President George H. W. Bush, who inspired so much of this during a cherished conversation I will never forget. And while we’re on the subject, let me thank the man himself—George Washington—for being such a wild genius (you’ll see what I mean inside). At the National Archives, which everyone should go visit, Susan Cooper, Matt Fulgham, Miriam Kleiman, and Trevor Plante were my masterminds and guides. They answered every insane question I threw at them and the best part of this process has been the friendship that we’ve shared. Special thanks to Paul Brachfeld and his amazing team, including Kelly Maltagliati, Ross Weiland, and Mitchell Yockelson, who I admire so much; Lisa Monaco, Ben Powell, Brian White, and all my friends at the Department of Homeland Security’s Red Cell program for helping push this idea even further; White House doctor Connie Mariano and my pals at the Secret Service took me back inside my favorite white building; Debby Baptiste toured me through the underground storage caves; Steve Baron for the St. Elizabeths’s details; my confidants Dean Alban, Arturo de Hoyos, Brent Morris, Tom Savini, and Mark Tabbert for their great historical insight; and the rest of my own inner circle, whom I bother for every book: Jo Ayn Glanzer, Mark Dimunation, Dr. Lee Benjamin, Dr. David Sandberg, Dr. Ronald K. Wright, Edna Farley, Jason Sherry, Marie Grunbeck, Brad Desnoyer, and Kim from L.A. More Archives research came from Juliette Arai, Judy Barnes, Greg Bradsher, Cynthia Fox, Brenda Kepley, John Laster, Sue McDonough, Connie Potter, Gary Stern, Eric VanSlander, Mike Waesche, Dave Wallace, Morgan Zinsmeister, and in memory of John E. Taylor; thanks to A. J. Jacobs and Michael Scheck for their idiosyncrasies. The books
George Washington, Spymaster
by Thomas B. Allen and
Washington’s Spies
by Alexander Rose were vital to this process. Finally, Roberta Stevens, Anne Twomey, Kevin Wolkenfeld, Alison Coleman, Pat Finati, Phyllis Jones, Linda Perlstein, and the great people at Mount Vernon lent their expertise to so many different details; Ananda Breslof, Kim Echols, Steve Ferguson, and Pansy Narendorf lent themselves; and these friends on Facebook and Twitter lent even more personal character traits: Steven Bates, Beth Bryans, Denise Duncan, Scott Fogg, Abraham Medina, Hector Miray, Matthew Mizner, Lisa Shearman, and Jason Spencer; Rob Weisbach for the initial faith; and of course, my family and friends, whose names, as usual, inhabit these pages.

I also want to thank everyone at Grand Central Publishing: David Young, Emi Battaglia, Jennifer Romanello, Evan Boorstyn, Chris Barba, Martha Otis, Karen Torres, Lizzy Kornblit, the nicest and hardest-working sales force in show business, Mari Okuda, Thomas Whatley, and all the kind friends there who have spent so much time and energy building what we’ve always built. I’ve said it before, and it never changes: They’re the real reason this book is in your hands. Special love to Mitch Hoffman, who never stopped editing and is a true part of the family. Finally, let me thank Jamie Raab. Over the past two years, we’ve shared overwhelming losses and watched our lives change together. Through that time, I’ve realized she doesn’t just edit me. She lends me her strength. For that, I owe her forever. Thank you, Jamie, for bringing me home, and most important, for your faith.

In 1989, during his final minutes in the White House, outgoing President Ronald Reagan scribbled a secret note—and, it was reported, a picture of a turkey. The note said, “Don’t let the turkeys get you down.” He then slipped the note into the Oval Office desk and left it for his successor, President George H. W. Bush.

In 1993, President Bush left a private note in the desk for Bill Clinton, who left a note for George W. Bush, who left one for Barack Obama.

But there were two things no one knew.

The tradition didn’t start with Ronald Reagan. It started with George Washington.

And the picture Reagan drew? It most definitely was
not
a turkey.

He knew the room was designed to hold secrets.

The briefcase from Watergate was opened in a room like this. Same with the first reports from 9/11.

He knew that this room—sometimes called the Tank or the Vault—held presidential secrets, national secrets, and
pine-box
secrets, as in, the kinds of secrets that came with coffins.

But as he stood in the back corner of the small, plain beige room, swaying in place and flicking the tip of his tongue against the back of his front teeth, the archivist with the scratched black reading glasses knew that the most vital thing in the room wasn’t a classified file or a top-secret sheet of paper—it was the polished, rosy-cheeked man who sat alone at the single long table in the center of the room.

He knew not to talk to the rosy-cheeked man.

He knew not to bother him.

All he had to do was stand there and watch. Like a babysitter.

It was absurd, really.

But that was the job.

For nearly an hour now.

Babysitting the most powerful man in the world: the President of the United States.

Yet for all the secrets that had been in this room, the archivist with the scratched black-framed reading glasses had no idea what he’d soon be asked to hide.

With a silent breath through his nose, the archivist stared at the back of the President, then glanced over at the blond Secret Service agent on his far right.

The visits here had been going on since President Orson Wallace was first elected. Clinton liked to jog. George W. Bush watched baseball games in the White House Residence. Obama played basketball. All Presidents find their own way to relax. More bookish than most, President Orson Wallace traveled the few blocks from the White House and came to the National Archives to, of all things, read.

He’d been doing it for months now. Sometimes he even brought his daughter or eight-year-old son. Sure, he could have every document delivered right to the Oval Office, but as every President knew, there was something about getting out of the house. And so the “reading visits” began. He started with letters that George Washington wrote to Benedict Arnold, moved to classified JFK memos, and on to today’s current objects of fascination: Abraham Lincoln’s handwritten Civil War notes. Back then, if there was a capital case during a court-martial, the vote of “life or death” would come straight to Lincoln’s desk. The President would personally decide. So in the chaos of President Wallace’s current life, there was apparently something reassuring about seeing the odd curves and shaky swirls in Lincoln’s own handwriting.

And that, as Wallace scribbled a few personal notes on his legal pad, was a hell of a lot more calming than playing basketball.

President Wallace nodded slightly, beginning to pack up, but never turning around. “Is Ronnie joining us or no?”

At that, the archivist with the scratched reading glasses stood up straight. His supervisor, Ronald Cobb, was one of President Wallace’s oldest friends from law school. It was Cobb who usually managed the visits and selected which priceless files the President would read. But with his recent diagnosis of pancreatic cancer, Cobb wasn’t going anywhere for a bit.

“Mr. Cobb’s at a chemo appointment, sir,” the archivist explained in a voice that seemed strained even to himself.

It was the quick motion of the legal pad that caught the archivist’s eye. For a moment, as the pale yellow pages fanned forward, he could swear one of the brown, mottled Lincoln letters was tucked inside.

The archivist squinted, trying to see. But from the angle he was at, diagonally behind the left shoulder of the President, the Lincoln document was—

This was the President of the United States. He’d never…

No
, the archivist told himself.

“Before we go, I just need to hit the little vice president’s room,” President Wallace said, using the joke that always got him easy laughs with donors. He stood from his seat and held his legal pad at his side.

According to current research, when faced with an awkward social situation, the average person will wait seventeen seconds before breaking the silence.

“Mr. President,” the archivist called out without even hesitating. “I’m sorry, but—”

President Wallace turned slowly, showing off his calming gray eyes and flashing the warm, fatherly grin that had won him the governorship of Ohio as well as the White House. “Son, I just need to run to the restroom, and then we can—”

The room was no bigger than a classroom. Before the archivist knew it, he was standing in front of Wallace, blocking the President’s path to the door. The blond agent stepped forward. Wallace motioned him back.

“Tell me the crisis, son,” the President asked, his grin still keeping everything calm.

“I just… urr…” the archivist stammered, slowly starting to sway. “I’m sure it was just an honest mistake, sir, but I think you may’ve accidentally… huhh… In your notepad.” The archivist took a deep breath. “One of the Lincoln letters.”