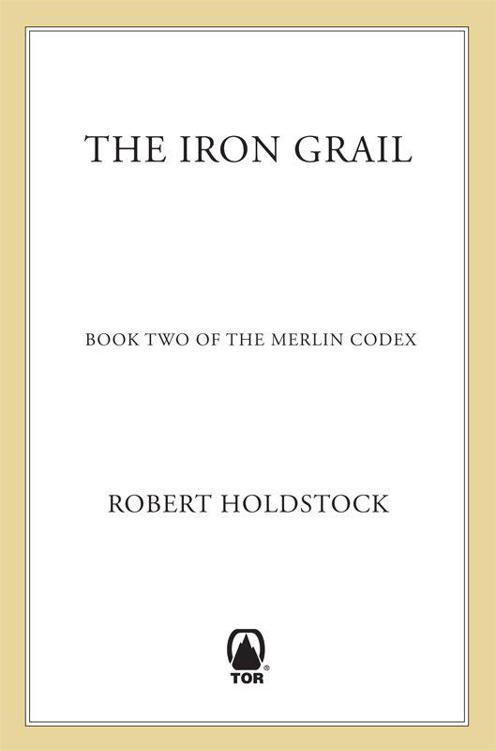 The Island of Alba, Territory of the Cornovidi, 272 BCE

Part One: Hardship and a Long Sigh

Part Two: The Return of the King

Part Three: The Light of Foresight

Part Four: Argo in the Otherworld

For the Sisters Three: Sarah, Nancy and Rachel

… your country under bondage

cattle straying on the ways

hardship and a long sigh

one against an army

your own blood a red plague

splashed on many a smashed shield

on weapons and women red eyed

the field of slaughter growing red …

from
The Bull Raid on Cuailnge
,

from the Irish Celtic legend

Is this the Warped One?

shrieks in our enclosures,

THE ISLAND OF ALBA, TERRITORY OF THE CORNOVIDI, 272 BCE

The great fortress of Taurovinda, its causewayed heights rising steeply from the Plain of MaegCatha, bloody playground of the Battle Crow, stood abandoned, burned and silent. The brooding forest encircling the plain had encroached deeply into the empty land around the hill. Twisted blackthorn, briar rose and scrub oak whispered at the base of the ramparts, edging closer, clawing at the towering earthen walls. The high watchtowers, blackened by fire, seemed to drift against the clouds. Nothing had passed the outer gate, however, save for the birds, the Dead, and those who lived outside of Time.

The oldest of the Five Fortresses of Alba, stronghold of the warlord Urtha, mournful Taurovinda still defied the land that sought to bring about its corruption. It stood strong against the storm of nature. And for days, now, it had been calling to me: an urgent whisper, a sound-scent summoning me, drawing me from the seclusion of my hidden valley, away to the west.

I crossed the plain from the evergroves, Taurovinda’s gloomy sanctuaries, spread along a curve in the mysterious river Nantosuelta, whose fords at this point the fortress guarded. I was aware, as I followed the traces of the path between groves and gate, that I was watched from the shadows of grey rocks and stooping oaks, which had grown as fast as weeds since the desertion of the hill. It was early spring, but the plain and the groves might have been in early summer.

Enormous, steep embankments enclosed the hill, capped with high palisade walls of dark oak rising rank upon rank, enclosing a maze of roads. Five gates opened along these winding approaches between the earthen banks, the first carved with twin bull skulls, the second with the interlocking antlers of stags, the third with the leering faces of wolves, the fourth with human skulls grinning from hollows carved from elmwood columns, the fifth hung with the long-bones of two horses, tied in bundles, wrapped in horse-hide and topped with the red-painted skulls of Urtha’s favourite war-steeds. This was the Riannon Gate. The horses had pulled the king’s chariot in raids and carried his three children in fun. He had mourned their slaughter as he would mourn the death of a brother.

It was a long climb, a gloomy climb, an ascent made in shadow and silence. From the Riannon Gate I surveyed the sprawl of houses and lodgings, animal sheds and barracks. The king’s hall lay ahead of me, long, steep-roofed, its great oak doors closed. It had been much repaired after the sacking of the fort and as I walked around the boundaries of the enclosure I saw the colour and sheen of shields lining its northern wall, the arms of ancestors and champions. But who had undertaken this renewal?

I walked as far as the western gate, which looked out over willow marshes and a distant, untidy forest. Beyond that were rocky gorges, reaching to the edge of the Realm of the Shadows of Heroes itself: Ghostland, playing ground of the honoured dead and the as yet unborn.

In the centre of Taurovinda was a dense orchard of apple trees and berry bushes, hazel spinneys and shimmering birch. This was the druids’ place, the place of deep shafts, deep tombs, stone shrines and bone shrines and the effigies of those who were invoked during the cycle of the year.

Apart from the wind in the foliage, this too lay in silence.

When the first sounds came, they were a surprise. I had expected to hear the same whispering summons that had called me to the fortress, but now I picked up a plaintive mewling, the sound of pain, three voices murmuring with pain, I thought. I noticed, also, the creaking of rafters, steady and slow. The crying seemed to come from the king’s hostel, and I walked past the wall of broken shields to the wide, double door of carved and red-painted oak.

Now the doors were open; I could see they were broken, the intricately carved faces of horses and hounds battered, their colour fading. I entered the gloomy interior of the hall, but enough light streamed from narrow smoke holes in the roof to illuminate the grim and gory sight of three naked women hanging by the neck from the central rafter. Their hands were tied, their bodies flayed from throat to thigh, but they showed the sharp glitter of life and expectation in their eyes as they watched me, giving the lie to their apparent condition.

Though I gagged for a moment, I had seen such threesomes many times before. In Greek Land they were commonly known as the Fates, and were easier on the eye, far easier, quite beautiful. In the north they were called Nornir, sometimes Skaldir, monstrous and sadistic women, with raging appetites for war, men and gore. In the forested gorges of my childhood, in the distant past, they had been Scrayzthuk and had worn patchwork cloaks of the hides of deer, jackal and bear over their own bodies, bodies that had been cut with flint knives to the very bone. They, like their later apparitions, were the organisers of birth, crisis and death; they were bad news masquerading as good; favourable fortune thinly daubed on worm-infested wood.

The three before me now, common in these western lands, were the Three of Awful Boding. They were commonly found at the field of battle, or at a king’s house where murder would soon occur. I had heard them called the Morrigan. They could be beautiful or corpselike, depending on their whim. It was too much to hope that they were waiting for someone other than me, but I questioned them just the same.

‘Are you waiting for Urtha, High King of the Cornovidi? He’s still coming home from Greek Land. He was badly hurt in combat, but is in good company; loving company.’

‘Then are you waiting for the king’s elder son, Kymon? He is hiding in Ghostland with his sister, Munda. They are still children. They survived the destruction of the fortress, but I don’t expect them home just yet.’

‘Not him, not them,’ whispered the second of the Three, Mornbad. The breeze from the open door blew on them gently, and the roof creaked as they turned, but their gaze remained fixed on me.

‘Then is it Cunomaglos, Urtha’s foster brother and closest friend, the man who betrayed him by abandoning Taurovinda, causing the death of his wife and younger son? Urtha pursued him to Greek Land and killed him. I saw the whole combat. We are not expecting Cunomaglos home at all!’

‘No, not that hound-harried wretch,’ Skaald, the third of the Three, whispered. ‘He prowls the edge of Ghostland, but he will always be denied.’ Her blackened features were draped with long, russet hair. It stuck to the raw flesh of her breast. It was this one who continued in that same ghostly whisper. ‘We are waiting for the timeless man who walks an endless path. A man of
charm
. A young man who should be old.’

Eyes like ice gazed at me without blinking from the gruesome, throttled faces. Three crows settled on the hanged women, pecking lightly at their shoulders.

‘We know,’ was the reply, almost amused. The crows seemed suddenly alarmed but it was merely a gust of wind curling through the hall. Skaald whispered, ‘Three are returning who are a threat to you. A fourth is already here and hiding.’

I waited for enlightenment. They waited for me to ask for more. When I proposed the question, Skaald said: ‘The first is a man who needs you and will use you. He will weaken you dangerously.

‘The second is a man you betrayed, though you believe otherwise. He wishes to kill you and can do so easily.

‘The third is a ship that is more than a ship. She grieves and broods. She is rotting inside. She will carry you to your grave.’

The crows had become very still, watching me quietly from their raw perches, as if waiting for me to respond to these ominous visions.

I felt sure I knew to whom the first two ‘awful bodings’ referred, but I was puzzled by the reference to the ship. It had to be Argo, of course, the argonaut Jason’s fabulous vessel on which I had sailed with him in the past. But why did she represent a danger to me? She had just helped me escape from Greek Land; she had helped me come back to this island of Alba.

She was a threat to me!
She grieves and broods. She will carry you to your grave
.

It made no sense. Argo and I were friends, or so I’d thought. I was clearly missing something.

This was an event that I would have to glimpse, in due course, but not yet. The cost to my strength of opening such foresight would be too great. For the moment I merely enquired after the fourth arrival, the one who was already in Alba, though I was sure of the answer I would get. Each of them spoke in turn.

‘Your lover,’ breathed Skaald, almost sneering. ‘The one you lost. She still loves you, but until you open your memory to the time in the long-gone when you were together, there can be no further love between you.’

My childhood friend; the fierce-eyed girl who had become my lover, then abandoned me as she and I had been sent to walk the Path around the world, developing our powers of enchantment, forgetting everything about our pasts.

She had ended up in Colchis, established as the Priestess of the Ram, and had taken a name that continued to live in legend.

‘Medea, then. Medea is already here. I understand, now. She has sent you to warn me off!’

‘Medea, yes; among her many names.’

Her
gift
? These rank and rotting corpses? It took only a moment to realise that the gift was the ‘warning off’.

The Age Of Reason by Paine, Thomas
Guts by Gary Paulsen
This Thing Of Darkness by Thompson, Harry
Incapable (Love Triumphs Book 3) by Ainslie Paton
Curse of Tempest Gate by Nutt, Karen Michelle
Four Sisters, All Queens by Sherry Jones
Ruby Hill (Entangled Ever After) by Ballance, Sarah
Dancing With Demons by Peter Tremayne
Dear Heart, How Like You This by Dunn, Wendy J.
The Appeal by John Grisham