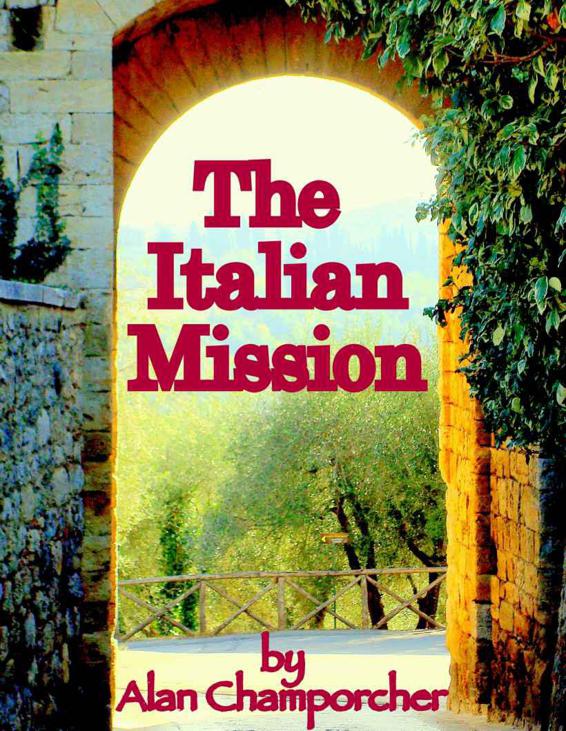 This ebook is licensed for your personal enjoyment only. This ebook may not be re-sold or given away to other people. If you would like to share this book with another person, please purchase an additional copy for each person you share it with. If you’re reading this book and did not purchase it, or it was not purchased for your use only, then please return it and purchase your own copy. Thank you for respecting the hard work of this author.

No part of this book may be reproduced, scanned, or distributed in any printed or electronic form without express written permission from the publisher. The scanning, uploading, and distribution of this book via the Internet or any other means without the permission of the publisher is illegal and punishable by law. Please do not participate in or encourage piracy of copyrighted materials in violation of the author’s rights. Purchase only authorized editions.

Without limiting the rights under copyright reserved above, no part of this publication may be reproduced, stored or introduced into a retrieval system, or transmitted, in any form or by any means (electronic, mechanical, photocopying, recording or otherwise), without prior written permission of both the copyright owner and the above publisher of this book.

If you do not change direction, you may end up where you are heading.

“Planning to join the party? The Ambassador is asking for you, and she looks angry.”

John Adams Conti gazed over the black wrought-iron fence down at the Circus Maximus, the ancient Roman arena where chariot races were once held. He’d been trying to imagine what the scene was like at the height of the Roman Empire. All that came to mind was Charlton Heston cracking a whip over four galloping white horses.

Turning his tall, lanky body, he focused a hawk-like stare on the young woman. She looked like a college kid. But she was a full-fledged diplomat, while he was only a candidate to become one, after twenty years as a CIA case officer. Even though it had been his choice to change horses in mid-stream, it grated. He ran his hand over his thinning hair. Maybe he was too old for this.

His stare dissolved into a kindly smile. “Be there in a minute. Just appreciating the view. A whole lot nicer than where I was this time last year.”

The woman smiled. “I guess so. Not many soirees this fancy in Kabul, huh?”

“Not many soirees of any kind.”

Conti and the young woman walked slowly back toward the twinkling lights and paper lanterns decorating the Embassy lawn. He bent slightly, the better to hear his diminutive companion over the opening bars of the string quartet’s “Polonaise.”

“It’s a beautiful spot,” she said. “See the old buildings on the Palatine Hill above the Circus? Government offices two thousand years ago, but enough time makes almost anything romantic, I guess. My classmates at Foggy Bottom couldn’t believe my first posting was the Embassy to the Holy See. They think this is pretty much a Catholic country club.”

“Not too far from the truth, I guess?”

“Depends. If you’re Jewish and put in seventy hours a week in a windowless office, it’s not so glamorous. But, I’ll admit, the parties are great. Anyway, we’d better get back. The Ambassador wants everyone in the receiving line. She’s very Junior League, you know.”

“I heard. Old Virginia, right? Lees, Custises, and Randolphs in her background, no doubt.”

The young woman smiled. “You can’t very well complain about someone else’s aristocratic roots, can you? Not too many people in the State Department have a founding father in their woodpile.”

“Yeah, but my ancient relative was a revolutionary. Her people were probably Tories.”

The two walked toward the front of the Embassy, half Frank Lloyd Wright knock-off and half fortified bunker. Communications towers and satellite dishes spoiled the line of the flat roof. On the tree-lined suburban street, the guests’ limousines lined up five deep. Cardinals in rich velvet crimson and purple livery stepped out of black limousines. Younger men in the somber habits of workaday priests clucked around these princes of the church.

As Conti joined the end of the receiving line of Embassy officials, a scowl sent a spider web of tiny cracks through the Ambassador’s heavy make-up. He’d gotten off on the wrong foot with her, but couldn’t bring himself to care much. Too many years crawling in the dust of the world’s hellholes had left him a bit blasé about a socialite ambassador’s opinion. Still, he gave it the old college try, bantering with each of the Cardinals in pitch-perfect Italian.

At the end of the line, linen-covered tables awaited the guests, laden with salvers of wild boar salami and
foie gras
, while tuxedoed waiters circulated with trays of Bellinis in chilled martini glasses. The Ambassador made a short welcoming speech in a rough approximation of Italian. Everyone applauded politely, whether or not they understood what she said.

As twilight faded, the Chinese lanterns seemed to glow more brightly. Conti found himself in a small group listening to the Archbishop of Mexico City drone on about his diocese’s anti-abortion campaign. He snuck a look at his watch. Still at least an hour of this to endure. Suddenly, a hand tapped him urgently on the shoulder. He wheeled to find a short, wizened Asian man wearing a large topcoat over saffron monks’ robes.

He turned back to the Mexican cleric and the Ambassador and excused himself. Taking the monk by the arm, he walked a few paces to a relatively quiet corner of the lawn.

“There is a young man, a Tibetan, in Rome who needs your help. He is in great danger. We know that your father was a friend of Tibet, and we hope you share his sympathies.”

At that moment, the Ambassador strode up with a portly cleric on her arm and interrupted. “John, I’d like you to meet Cardinal Wozynski, one of the most important people in the Curia. He’s responsible for the entire Middle East. Cardinal, this is John Conti. New to the Embassy. Bit of a mystery man. Recently involved in intelligence work somewhere in Afghanistan or Pakistan, I’m not exactly sure which. You two should have a lot to talk about.”

Conti made a Herculean effort not to reach out and choke her. Could anyone in the Foreign Service be that oblivious? People died as a result of less flagrant breaches of security. He painted an approximation of a smile over his fury. The Ambassador scuttled away, dragging the old monk with her.

Conti took a deep breath, and then turned his attention to the Polish Cardinal. They’d just begun to discuss oil economics — perhaps he could cover the Ambassador’s breach by posing as a commercial attaché — when he heard a scuffle near the front gate. He swiveled in time to see the small monk being ushered unceremoniously into the street by two large Marines. He excused himself and walked quickly over to the guards.

“Who was that gentleman?”

“Crasher, sir. Apparently snuck in with the party from the Philippine Embassy. Ambassador was pissed. Happens sometimes. Was he bothering you?”

“No, no. Just curious.” Conti returned to the party. A few minutes later, he walked to the bluff behind the Embassy again to see if the old monk had lingered outside the fence. Nothing but the heavy evening traffic coursing through the piazza as Romans returned home from the city center. Beyond that lay the dark valley of the Circus and the ancient ruins looming above. About to return to the party, he noticed movement on the nearer slope. A dark shape hurried down the grassy hill, followed some twenty yards behind by two larger figures. The shadows swallowed them up at the bottom of the Circus, the long flat area where the chariot racetrack had once been. He wanted to follow, but it would have to wait.

An hour later, after easing the last tipsy prelate into the back seat of his Mercedes, Conti slipped out of the Embassy gates, picked his way through the diminishing traffic, and stood at the top of the dark hill where he’d seen the men disappear. He made his way slowly down the grassy slope, following the path they’d taken. Whoever they were, they were large, and by the looks of the disturbed turf, desperate.

Fudge-A-Mania by Judy Blume
The Seventh Child by Valeur, Erik
The Superfox by Ava Lovelace
Second Chances by Harms, C.A.
Forbidden, Tempted Series (Book 1) by Selene Charles
Travels in Vermeer by Michael White
Just Roll With It: a Just Us novel by Niki Hager
Bad Fighter Stepbrother (Book 2) by Black, Michelle
Good to Be God by Tibor Fischer
Silver Nights With You (Love in the Sierras Book 1) by Belle, Sawyer