Read The Jealous One Online 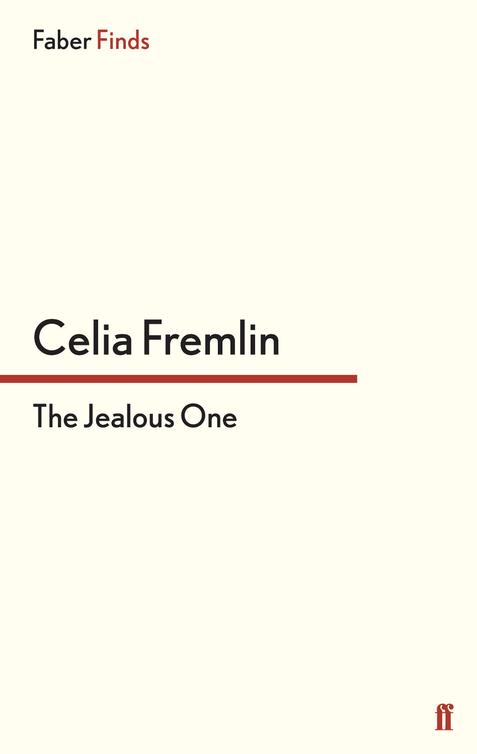 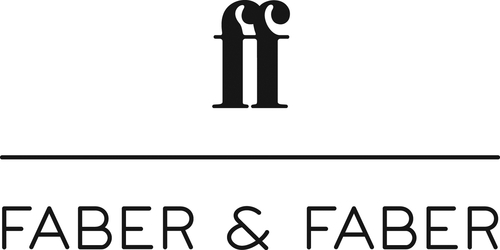 Celia Fremlin was born in Kingsbury, Middlesex, on 20 June 1914, to Heaver and Margaret Fremlin. Her father was a doctor, and she spent her childhood in Hertfordshire before going on to study at Oxford. Between 1958 and 1994 she published sixteen novels of suspense and three collections of stories, highly acclaimed in their day. Sadly, Fremlin’s work had largely fallen out of print by the time I discovered her for myself in the mid-1990s. But I was captivated by the elegant, razor-sharp quality of her writing and – as often when one finds an author one is passionate about – keen to learn more about the writer’s life. Then, in early 2005, I had the great good fortune of having several conversations with Celia Fremlin’s elder daughter Geraldine Goller. Geraldine was a charming woman and I found our discussions enlightening, helping me to understand Celia Fremlin better and to appreciate why she wrote the kind of books she did.

One noteworthy thing I gathered from Geraldine was that her mother (highly academic as a young woman, even before she found her vocation in fiction) was invariably to be found immersed in her latest writing project – to the exclusion, at times, of her family. Geraldine also told me that her mother was notorious within the home for embroidering the truth, and was quite often caught out by her family for telling ‘little white lies’. Geraldine, however, read no badness into this trait: she simply put it down to her mother’s creative streak, her ability to fabricate new identities for people – even for herself.

Who, then, was the real Celia Fremlin? The short biographies in her books tended to state that she was born in Ryarsh, Kent. Geraldine, however, informed me that her mother was raised in Hertfordshire, where – we know for a fact – she was admitted to Berkhamsted School for Girls in
1923; she studied there until 1933. Ryarsh, then, was perhaps one of those minor fabrications on Fremlin’s part. As a fan of hers, was I perturbed by the idea that Fremlin may have practised deceit? Not at all – if anything, it made the author and her works appear even more attractive and labyrinthine. Here was a middle-class woman who seemed to delight in re-inventing herself; and while all writers draw upon their own experiences to some extent, ‘reinvention’ is the key to any artist’s longevity. I can imagine it must have been maddening to live with, but it does suggest Fremlin had a mischievous streak, evident too in her writing. And Fremlin is hardly alone in this habit, even among writers: haven’t we all, at one time or another, ‘embellished’ some part of our lives to make us sound more interesting?

Even as a girl, Celia Fremlin wrote keenly: a talent perhaps inherited from her mother, Margaret, who had herself enjoyed writing plays. By the age of thirteen Celia was publishing poems in the
Chronicle of the Berkhamsted School for Girls
, and in 1930 she was awarded the school’s Lady Cooper Prize for ‘Best Original Poem’, her entry entitled, ‘When the World Has Grown Cold’ (which could easily have served for one of her later short stories). In her final year at Berkhamsted she became President of the school’s inaugural Literary and Debating Society.

She went on to study Classics at Somerville College, Oxford, graduating with a second. Not one to rest on her laurels, she worked concurrently as a charwoman. This youthful experience provided a fascinating lesson for her in studying the class system from different perspectives, and led to her publishing her first non-fiction book,
The Seven Chars of Chelsea
, in 1940. During the war Fremlin served as an air-raid warden and also became involved in the now celebrated Mass Observation project of popular anthropology, founded in 1937 by Tom Harrisson, Charles Madge and Humphrey Jennings, and committed to the study of the everyday lives of ordinary people. Fremlin collaborated with Tom Harrisson on the book
War Factory
(1943), recording the experiences and attitudes of women war workers in a factory outside Malmesbury,
Wiltshire, which specialised in making radar equipment.

In 1942, Fremlin married Elia Goller: they would have three children, Nicholas, Geraldine and Sylvia. According to Geraldine, the newlyweds moved to Hampstead, into a ‘tall, old house overlooking the Heath itself’, and this was where Geraldine and her siblings grew up. Fremlin was by now developing her fiction writing, and she submitted a number of short stories to the likes of
Women’s Own, Punch
and the
London Mystery Magazine
. However she had to endure a fair number of rejections before, finally, her debut novel was accepted. In a preface to a later Pandora edition of said novel Fremlin wrote:

The original inspiration for this book was my second baby. She was one of those babies who, perfectly content and happy all day, simply don’t sleep through the night. Soon after midnight she would wake; and again at half past two; and again at four. As the months went by, I found myself quite distracted by lack of sleep; my eyes would fall shut while I peeled the potatoes or ironed shirts. I remember one night sitting on the bottom step of the stairs, my baby awake and lively in my arms it dawned on me: this is a major human experience, why hasn’t someone written about it? It seemed to me that a serious novel should be written with this experience at its centre. Then it occurred to me – why don’t I write one?

The baby who bore unknowing witness to Fremlin’s epiphany was, of course, Geraldine. It would be some years before Fremlin could actually put pen to paper on this project, but the resulting novel,
The Hours Before Dawn
(1959), went on to win the Edgar Award for Best Crime Novel from the Mystery Writers of America, and remains Fremlin’s most famous work.

Thereafter Fremlin wrote at a steady pace, publishing
Uncle Paul
in 1960 and
Seven Lean Years
in 1961. Those first three novels have been classed as ‘tales of menace’, even ‘domestic suspense’. Fremlin took the everyday as her subject and yet,
by introducing an atmosphere of unease, she made it extraordinary, fraught with danger. She succeeded in chilling and thrilling her readers without spilling so much as a drop of blood. However, there is a persistent threat of harm that pervades Fremlin’s writing and she excels at creating a claustrophobic tension in ‘normal’ households. This scenario was her métier and one she revisited in many novels. Fremlin once commented that her favourite pastimes were gossip, ‘talking shop’ and any kind of argument about anything. We might suppose that it was through these enthusiasms that she gleaned the ideas that grew into her books. Reading them it is clear that the mundane minutiae of domesticity fascinated her. Moreover,
The Hours Before Dawn
and
The Trouble-Makers
have a special concern with the societal/peer-group systems that adjudge whether or not a woman is rated a ‘good wife’ and ‘good mother.’

By 1968 Celia Fremlin had established herself as a published author. But this was to be a year for the Goller family in which tragedy followed hard upon tragedy. Their youngest daughter Sylvia committed suicide, aged nineteen. A month later Fremlin’s husband Elia killed himself. In the wake of these catastrophes Fremlin relocated to Geneva for a year.

In 1969 she published a novel entitled
Possession
. The manuscript had been delivered to Gollancz before the terrible events of 1968, but knowing of those circumstances in approaching
Possession
today makes for chilling reading, since incidents in the novel appear to mirror Fremlin’s life at that time. It is one of her most absorbing and terrifying productions. Aside from the short-story collection
Don’t Go to Sleep in the Dark
(1970) Fremlin did not publish again until
Appointment With Yesterday
(1972), subsequently a popular title amongst her body of work. The novel deals with a woman who has changed her identity: a recurrent theme, and one with which Fremlin may have identified most acutely in the aftermath of her terrible dual bereavements.
The Long Shadow
(1975) makes use of the knowledge of the Classics she acquired at
Oxford; its main character, Imogen, is newly widowed. Again, we might suppose this was Fremlin’s way of processing, through fictions, the trials she had suffered in her own life.

Fremlin lived on in Hampstead and married her second husband, Leslie Minchin, in 1985. The couple remained together until his death in 1999. She collaborated with Minchin on a book of poetry called
Duet in Verse
which appeared in 1996. Her last published novel was
King of the World
(1994). Geraldine believed that her mother’s earlier work was her best, but I feel that this final novel, too, has its merits. Fremlin marvellously describes a woman who has been transformed from a dowdy, put-upon frump to an attractive woman of stature. The reason Fremlin gives for this seems to me revealing: ‘Disaster itself, of course. However much a disaster sweeps away, it also inevitably leaves a slate clean.’

Though Geraldine did not admit as much to me, she did allude to having had a somewhat mixed relationship with her mother. This, in a way, explained to me the recurrence of the theme of mother–daughter relations explored in many of Fremlin’s novels, from
Uncle Paul, Prisoner’s Base
and
Possession
right up to her penultimate novel
The Echoing Stones
(1993). One wonders whether Fremlin hoped that the fictional exploration of this theme might help her to attain a better understanding of it in life. Thankfully, as they got older and Celia moved to Bristol to be nearer Geraldine, both women managed finally to find some common ground and discovered a mutual respect for each other. Celia Fremlin was, in the end, pre-deceased by all three of her children. She died herself in 2009.

To revisit the Celia Fremlin
oeuvre
now is to see authentic snapshots of how people lived at the time of her writing: how they interacted, what values they held. Note how finely Fremlin denotes the relations between child and adult, husband and wife, woman and woman. Every interaction between her characters has a core of truth and should strike a resonant note in any reader. Look carefully for the minute gestures that can have devastating consequences. Watch as the four walls of your comforting home can be turned into walls of a prison. Above all, enjoy feeling unsettled as Fremlin’s words push down on
you, making you feel just as claustrophobic as her characters as they confront their fates. Fremlin was a superb writer who has always enjoyed a core of diehard fans and yet, despite her Edgar Award success, was not to achieve the readership she deserved. As Faber Finds now reissue her complete works, now is the time to correct that.