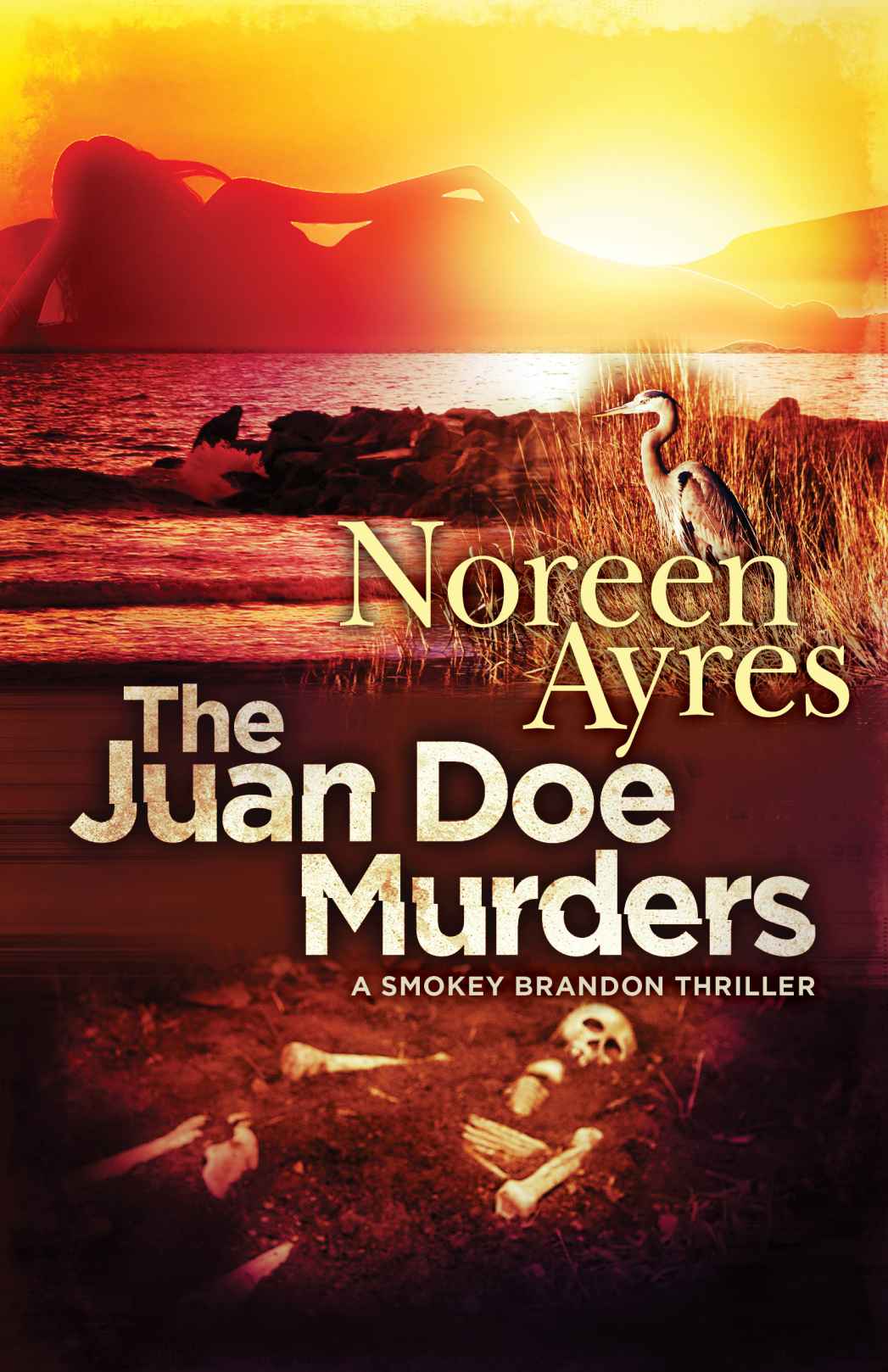 Wheeling,” from
Rafting the Brazos

Philomene told him. “You gotta go

Robert Stone, from
A Hall of Mirrors

I
’d say the girl was seventeen. I’d say she had been pretty.

Now her forehead shone with an alien bulge, the left cheekbone was a pile of pink pulp, and a bite mark arched across her left eyebrow and mirrored under the eye. Covering her pubis and right leg was a twisted sheet. Welts flowered her ribs. Where the nipple of her left breast should be was only a red smear.

It was a Monday at the end of February, and the air was crisp and clean and the sunlight sharp enough to shatter. I’d parked in front of a murky-green house in a tree-lined, blue-collar section of Orange County fifty miles south of L.A. My silver-haired partner, Joe Sanders, lifted our evidence kits from the trunk and handed me mine. We crossed the street to the address we needed, where a sheriff’s investigator in plainclothes stood talking to a Hispanic man in a white T-shirt and dark pants whose hands were cuffed behind him. At the side of the lawn near the house a city cop in blue uniform parted bushes with his baton.

A deputy on the porch signed us in, then pulled open the screen door with screws missing out of its curlicued guard so it flapped with the motion. The mesh itself was a fractured design of punctures and tears. Inside, the odor of death met us; not strong, but unmistakable.

The living room was dark except for sunlight leaking under tinfoil applied to the windows with masking tape. A warren of sleeping bags and blankets covered the hardwood floor. Tipped
against the wall on a fireplace mantel was a rendering of a haloed Christ with hands outstretched in benediction.

A deputy came out of the kitchen. He looked like a wary ferret, hard-faced and wiry. Joe knew him, but I didn’t. When Joe said “Smokey Brandon” by way of introduction, the deputy’s eyes narrowed. “I’ve heard of you,” he said, as if trying to recall where.

Joe tried to deflect: “Some of us go for the fame and glitter. Others go for the glitter and fame.”

“Aren’t you the one…” the deputy said, “the one used to be a…” then caught himself before finishing.

“I’m the one,” I said, matter-of-factly. “Want to show us what we have?” He gave me a second glance, then led us down a hall.

The window shade in the first bedroom was rolled partway up, revealing a bare twin mattress on the floor. A Styrofoam ice chest was topped by a brightly colored kiddy radio, the kind you get for a cheap hamburger plus ninety-nine cents. Three ragged couch cushions formed another bed on the floor, and lumps of blankets and personal belongings lay along two other walls. “This must be the master suite,” Joe said. “Radio. Refrigerator.”

The deputy said, “Somebody’s coming who can habla beanola. Investigator Bright’s trying to get something out of him right now.”

“The guy on the sidewalk,” Joe said.

“Yeah, him. He’s messin’ his pants. He was peekin’ out a car window, back seat. Thinks I don’t see him, shit for brains.”

“Who phoned it in?” Joe asked.

“White guy, two houses down. He come over to pay one of these tacos twenty bucks he says he owed on something. The door was open, six in the morning. Finds our scene here and gets to keep his twenty bucks one more day.” Deputy Martin led us down the hall again, stopping at a door to the right. His arms hung away from his sides as if his lats were too big, cobra stance.

A second deputy came up behind us. High school would have been where I’d put him by looks, but he had a wedding
ring on. Deputy Martin didn’t offer introductions. “Here you have it,” Martin said and stepped inside, holding his flashlight on the interior. The second deputy’s gaze roamed everywhere but straight ahead.

Joe stepped in first and lifted a forefinger to the empty socket in the center of the ceiling. “Can we get some light here?” The younger deputy went off to scrounge a bulb.

As the deputy passed the beam over the red contusions on the girl’s waist, arms, and exposed thigh, Joe leaned in for a closer look, his hands shoved in his suit pockets. I began a sketch of the placement of the body and the items in the room, noting an open cardboard box, a dark belt, and a ball of white nylon cord partly covered with a paper plate.

Joe straightened, closed his eyes, and walked by me and out into the hall, a strange expression on his face. I was about to follow when Deputy Martin said, “Looky here,” and spotlighted a mouse backed into a corner alongside the cardboard box with clothes trailing out of it. “One mouse bound for heaven.” He drew his baton to move on the animal.

“Thanks, Deputy, we’ll take it now,” I said, and held out a hand for his flashlight.

He shrugged and gave it over with a grin. “You’re not going to be climbing a chair and shrieking for help, now are you, Smokey?”

“Stay tuned,” I said. I tapped the cardboard box with the flashlight. The mouse leapt straight upward, darted along the baseboard, halted at the doorway, then sprinted through. I looked out after him and saw Joe leaning against the wall in apparent thought.

The younger deputy came with the bulb, Deputy Martin screwed it in, then left, saying if I needed his help to roust more rodents just holler. He squeezed by the videographer, Bob Hammerly, arriving to shoot both still shots and video, as I went to join Joe. “You okay?”

“What do you say we get out of here? The heater’s on in the living room, that’s why it’s so hot,” I said. Out of here meant only the front yard, because Joe wouldn’t leave a scene early even if all of California was doing the tectonic-plate rumba.

We stood under an avocado tree laden with shiny boat-shaped leaves. A dead one slipped free of its mooring and glanced off Joe’s shoulder.

“She was in there a lot of hours with people sleeping in the other rooms,” he said. “Where are they?” His skin normally has a flush to it, heightened by hair the color of dimes, but he looked pale and I mentioned it. He said, “Ulcer, what you want to bet?”

I answered, “I think it’s leprosy. Probably that.”

“Sweetheart, I am circling the drain.”

A bird cut in front of us, grabbed broken twigs from under a hedge, and zipped back to the eaves of the house. We walked to the edge of the lawn and looked down the street, deputies nodding or waving to Joe. After two decades at the lab, Joe seemed to know everybody, new employee or not.

On a block-wall fence bordering the next house sat two boys old enough to be in school. Their solemn eyes watched us and followed the low-flying birds tracing patterns from shrub to eave. One boy picked up a piece of broken capstone that lay atop the wall and gave it an underhanded pitch, hitting the tail feathers of a bird in flight. The bird let loose of a strand of nest stash but managed to lift off anyway. Then the boys scrambled out of sight on the other side.

As we walked back toward the house, Joe said, “Know what the worst is?”

“Sunday, and no ball game?”

He shook his head and almost smiled.

As if in any moment he’d spot the killer in the deep-green junipers that brushed at window-level around the house, Joe
stared ahead and said, “The worst is,” he said, “you can’t unknow what you know. You can’t un-see a picture.”

Back inside, we set to work swabbing blood spatter, dusting for prints, and boxing up those items better examined at the lab. All the while, Joe was quiet, not joking as he often did.

Soon another lab tech named King Davis arrived in the ID van, with the coroner’s van just behind. A small man, bald except for a robust ring of gray hair around the dome, King was as quiet as he was determined to get the job done and move on to the next. If he just worked fast enough, we kidded him, one of these days he’d close the gap between his arrival and the crime’s commission so that he could claim eyewitness to a murder. We left as King was wrapping the mattress the girl had lain upon in plastic, to take it, whole, to the lab.

At the car I glanced at Joe as he came up on the passenger side and saw him put his hand to his stomach and wrinkle his face in a way that had nothing to do with sun.

By Tuesday noon the girl from the shoebox house in Santa Ana had been identified as an illegal named Nita Estevez. “Nita” for Juanita. The runt hiding in the car was one of the people who slept in the house, paying a hundred a month to do so. He worked graveyard shift at a mailing company. That morning when he came home from his job everyone had already scattered and the girl was in the condition we found her. A nice girl, too, he said. Made him sick to think about it.

And Then You Dye by Monica Ferris
PHANTOM IN TIME by Riley, Eugenia
Freudian Slip by Erica Orloff
Captive Audience by Chloe Cole
Dreams of Dani by Jenna Byrnes
Nest of Vipers (9781101613283) by Sherman, Jory
No Matter What by Michelle Betham
The Hungry Dead by John Russo
A Death in Canaan by Barthel, Joan;
Diary of the Fall by Michel Laub