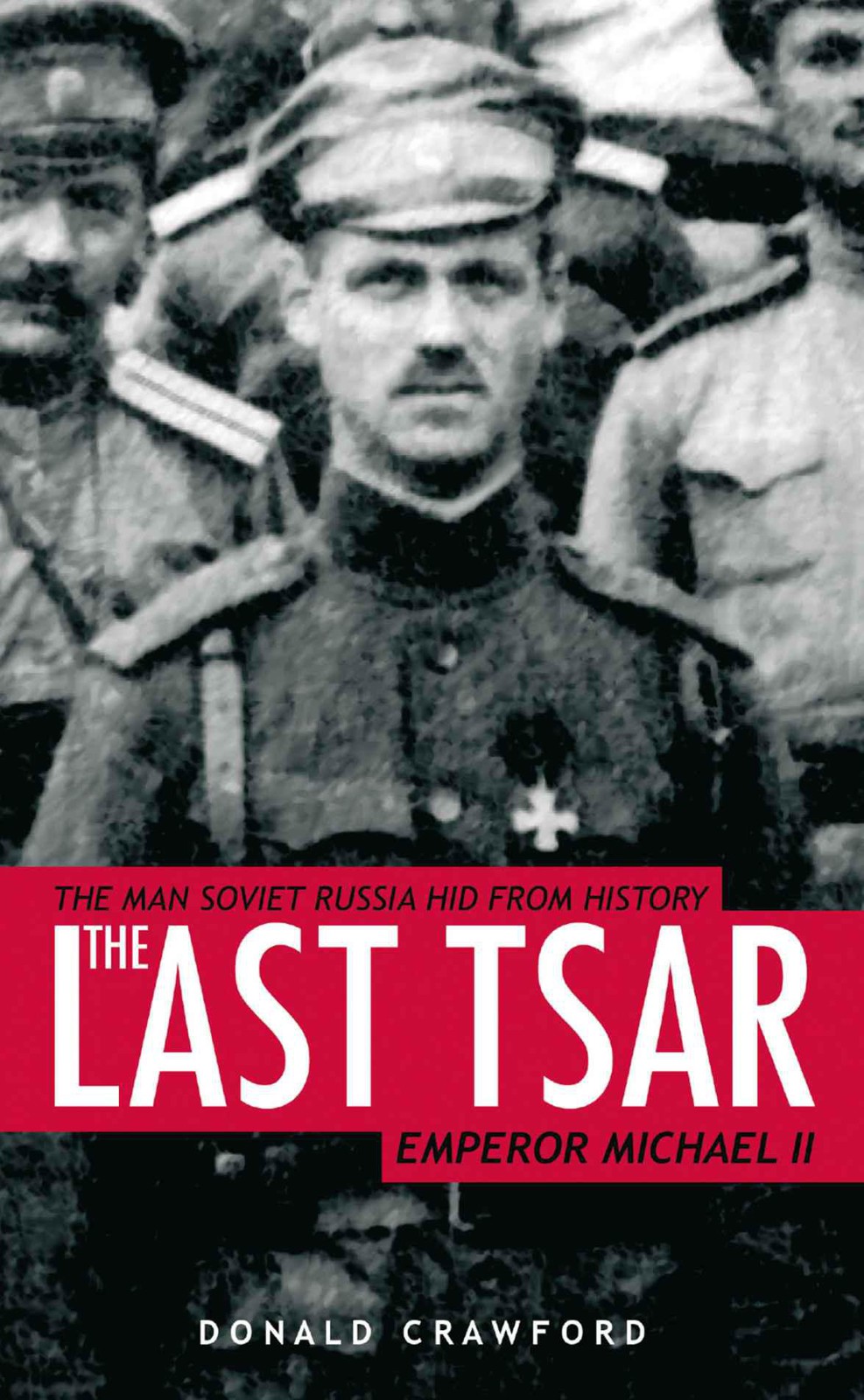 The war and all the great horror it involves cannot help inspiring sadness in every sensible person; for example, I feel greatly embittered...and most of all towards those who are at the top, who hold power and allow all that horror to happen. If the question of war were decided by the people at large, I would not be so passionately averse to that great calamity; but...nobody ever asks the nation, the country at large, what course of action they would choose.

Grand Duke Michael Aleksandrovich, from the front line to his wife Natasha,

I am deeply concerned and worried by what is happening around us. There has been a shocking alteration in the mood of the most loyal people...the public hatred for certain people who allegedly are close to you and who are forming part of the present government...and this hatred, along with demands for changes, are already openly expressed at every opportunity... I have come to the conviction that we are standing on a volcano and that the least spark, the least incorrect step could provoke a catastrophe for you, for us all, and for Russia...I cannot help feeling that if anything happens inside Russia, it will be echoed with a catastrophe as regards the war.

Grand Duke Michael, in a warning letter to his brother Nicholas II,

To His Majesty the Emperor Michael: Recent events have forced me to decide irrevocably to take this extreme step. Forgive me if it grieves you and also for no warning — there was no time. Shall always remain a faithful and devoted brother. Now returning to HQ where hope to come back shortly to Tsarskoe Selo. Fervently pray God to help you and our country. Your Nicky.
Telegram from ex-Tsar Nicholas II to his brother after abdicating in his favour,

“We should know about this man and remember him, because this memory can give our society the ethical foundation we need”

“A ground-breaking work. There is no figure in modern Russian history that can better serve as a bridge from Russia of the old to a new Russia than Mikhail Aleksandrovich Romanov”

“This is a serious historical book, and an important account of this crucial period in Russia’s history. This book fills important gaps”

“If the Russians rediscover Michael, then it is hard to think of a better role model than he for a modern and democratic Russia”

“And now, remembering this man, I wonder how You, Russia, will wash away his innocent blood? Will you ultimately be able to redeem the death of Michael the Last?

To find the source note for any text reference, just click/tap on the source number shown.

THE life of Grand Duke Michael Aleksandrovich, younger brother of Tsar Nicholas II, is not one which hitherto has easily fitted into the history books. His affair with the beautiful double divorcee daughter of a Moscow lawyer, was conducted in secrecy. When she gave birth to his illegitimate son, the official world refused to accept that he was the father.

His runaway marriage under the eyes of the Tsar’s trailing secret police was so carefully concealed that they never found out how he had done it without their knowing.

On becoming Emperor, in succession to his brother Nicholas, it was said that he had immediately abdicated, though he never did. And when the Bolsheviks put a bullet in his head, they pretended for their own good reasons that he had escaped.

It is small wonder, therefore, that Grand Duke Michael, hidden away by the Soviets, has been something of a mystery man in the story of modern Russia.

Even in 1951, when his widow — ‘the last uncrowned Empress’ — died penniless in a Paris charity hospital, they did not know who she was.

FOR Grand Duke Michael Aleksandrovich, younger brother of Tsar Nicholas II, the only place he would ever think of as his real home was the little garrison town of Gatchina, 29 miles north-west of St Petersburg. Although born in the Anichkov Palace on the Nevsky Prospekt in St Petersburg on November 22, 1878, it was the immense, 600-roomed palace at Gatchina where he had been brought up, and he would ever think of that and its parks and adjoining town as the place where he belonged and to which he would always want to return.

He was just three years old when his father, Alexander III, retreated there with his Danish-born wife Marie and their five children after the assassination of his 63-year-old grandfather Alexander II, ambushed by terrorists on his way back to the Winter Palace on Sunday March 1, 1881.

The bomb, thrown at his feet as he climbed down from his carriage to inspect the wounded from another bomb thrown a few minutes earlier, almost ripped him apart — his right leg torn away, his left leg shattered, his stomach, chest and face mutilated. He remained conscious only long enough to moan, ‘back to the palace…to die there.’
1
There was nothing anyone could do for him after they carried his mangled body into his first-floor study at the palace; forty-five minutes later his eldest son, standing grimly at the window, was the new Tsar.

Alexander II, dubbed the ‘Tsar-Liberator’ because he had freed the peasants from serfdom, had that very morning signed a new constitutional order which would have introduced a measure of representative government into Russia; his murder ensured that the order died with him. His massively-built son was not the kind of man to offer concessions to the terrorists who threatened to kill him as they had killed his father. However, Russia could not afford to lose two Tsars in a row and Alexander III, furious that ‘I must retreat now before those skunks’,
2
took himself and his family off to the security of Gatchina. It was the only retreat he would make. Once there, he stamped down hard on the anarchists, terrorists and revolutionaries who thought they could overthrow the Romanovs.

Thirty-six when he became Tsar, Alexander III did not claim to know what was best for liberal Britain, republican France, or the new thrusting German empire fashioned by Bismarck, but he thought he knew what was best for Russia: not muddle-headed constitutional government but the stern hand of a loving father. Under this Alexander, the country would begin to catch up with the industrialised West, the huge bureaucratic machine would begin to tick over more smoothly, and Russian prosperity would increase as never before.

Favouring peasant dress of blouse and boots, and wearing patched shirts,
3
Alexander had barked the orders in Gatchina which had transmitted his rule from the Baltic to the Pacific, and in so doing he had made Russia respected in every chancellery in Europe and beyond. An intimidating figure, standing six feet four inches tall, his physical strength was as awesome as it was legendary.

When, in the middle of a Balkan crisis, the Austrian ambassador was rash enough to hint at a state dinner that his country might mobilise two or three army corps, the Tsar’s reaction was to pick up a silver fork, bend it into a knot, and toss it contemptuously in the direction of a now discomfited ambassador. ‘That’, said Alexander, ‘is what I am going to do to your two or three army corps.’
4
However, after only thirteen years as Tsar, and at the age of only forty-nine, Alexander fell ill, and although his doctors believed that all he needed was a long rest and reviving sunshine, his condition rapidly deteriorated. He was suffering from a kidney complaint which, long undiagnosed, had developed into nephritis. On October 20, 1894, he died at his holiday home at Livadia, in the Crimea, and at the age of twenty-six his son Nicholas became Emperor in his place.

At the moment he found himself Tsar, Nicholas had cried out: ‘What am I going to do…I am not prepared to be a Tsar. I never wanted to become one. I know nothing of the business of ruling…’
5

But help was at hand. One of those present in the death-chamber at Livadia was his 22-year-old fiancée of six months, Princess Alix of Hesse-Darmstadt. Unable to speak a word of Russian, she had watched the bustle of the past days in silence. However, she became increasingly dismayed that her husband-to-be seemed to be ignored entirely by the crush around the dying Tsar’s bed. So she went to his study, opened his diary, and penned a note to him in English which would be the first of many such notes to come.
‘Be firm and make the doctors come to you every day and tell you how they find him…so that you are always the first to know. Don’t let others be put first and you left out…Show your own mind and don’t let others forget who you are.’
6

It was the message she would still be sending him twenty-three years later as their world collapsed around them.

MICHAEL was not quite sixteen when his father died and it marked the end of his childhood as it marked the end of an era for Russia. Three months earlier his elder sister Xenia had married a second cousin, Grand Duke Alexander Mikhailovich — known in the family as ‘Sandro’ — and one week after his father’s funeral in November 1894 his brother Nicholas married Princess Alix, now to be styled the Empress Alexandra Fedorovna. His other brother George, two years his senior and suffering from tuberculosis, was living in the high air of the Caucasus in the hope that it would save his life. His distracted mother, now the Dowager Empress, and trying to come to terms with the loss of her husband, moved back to the Anichkov Palace, taking with her Michael and his younger sister Olga, aged twelve. The new emperor Nicholas would make his family home in the Alexander Palace at Tsarskoe Selo, fifteen miles north of the capital, and reign from there not the Winter Palace, which after the assassination of Alexander II was used only for ceremonial and official purposes. With that, Gatchina palace become a place visited only occasionally until seven years later when Michael found himself back there as a soldier, and able to make it his home again.

Charmed Particles by Chrissy Kolaya
The Prince's Bride (Modern Fairytales) by Diane Alberts
Boogiepop Returns VS Imaginator Part 1 by Kadono, Kouhei
No Other Gods by Koetsier, John
Bidding On The Billionaire (The Sherbrookes of Newport Book 8) by Christina Tetreault
This is Not a Love Story by Suki Fleet
Beneath the Eye of God (The Commodore Ardcasl Space Adventures Book 1) by Payne, Lee
Purge (Death Crusaders Motorcycle Club) by Sandy Kline
Driving Her Crazy by Amy Andrews
John Donne - Delphi Poets Series by John Donne