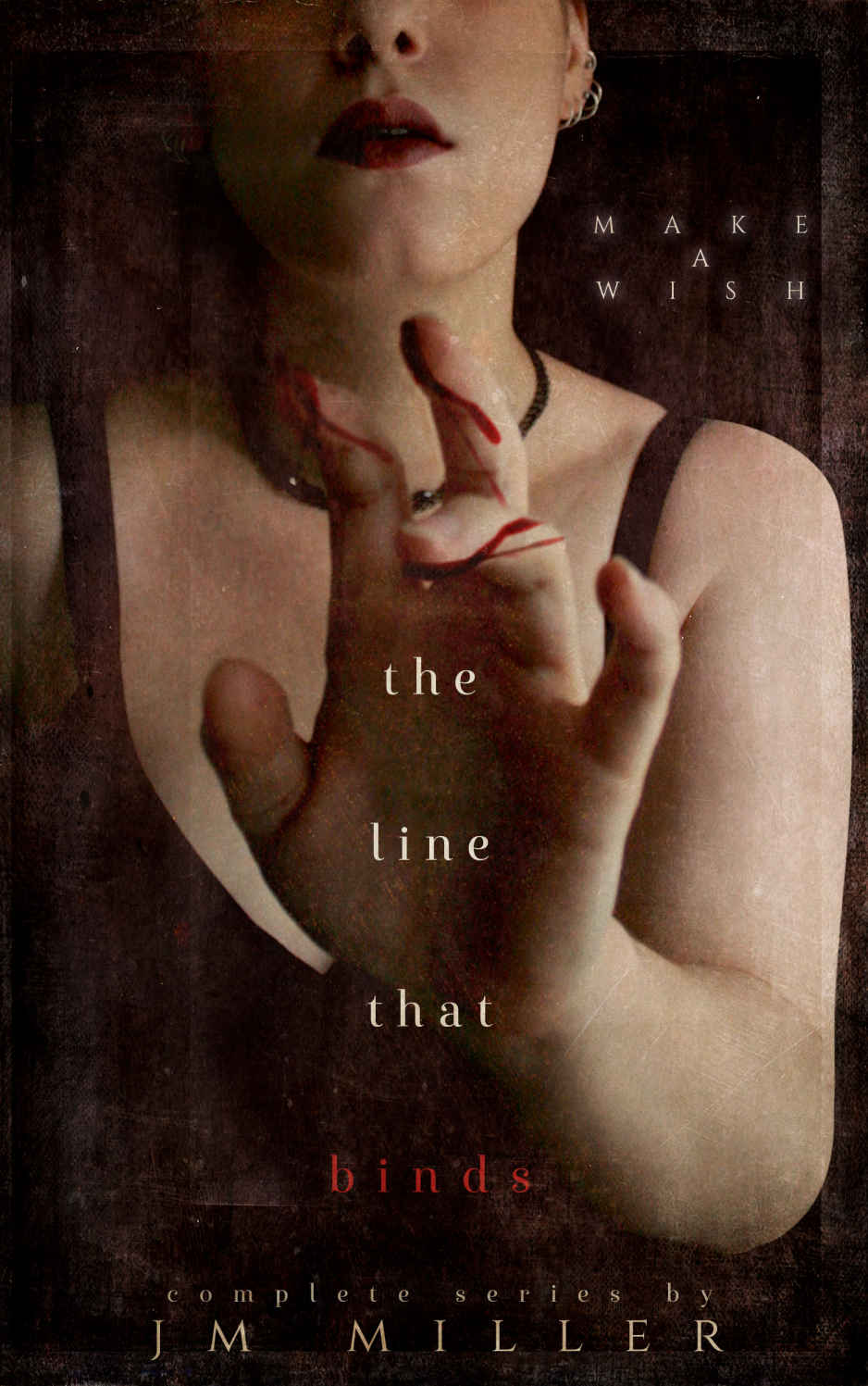 The Line That Breaks

I should know. If they did, my addict mom wouldn’t have left, and my dad wouldn't have lost his job. I wouldn't have moved cross-country to a creepy old house on an estate willed to me by some crazy great-aunt I never knew. It's not exactly the best way to start senior year, but life in Las Vegas is over, and change is exactly what I need.

When I meet the groundskeeper’s smart-mouthed grandson, I can tell by his gritty style that he’s the kind of change I probably should avoid. And when I ask him about my family’s past, his dark, mischievous eyes tell me more than his words. But it's not until I find the well and the headaches begin that I realize how much he's really hiding.

Maybe wishes do come true. With a price.

This book is a work of fiction and any resemblance to any person, living or dead, events, occurrences, or locales is purely coincidental. The characters and the story lines are created from the author’s imagination or are used fictitiously. 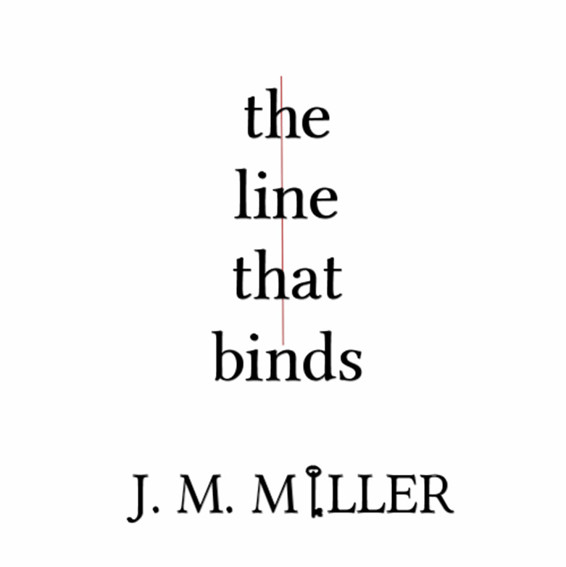 No light shines the same.

No shadow conceals the ache.

Once was passion, now is pain.

The touch of skin, the smell of rain.

The secrets, the whispers,

Forever it will stay,

crippling until I break. 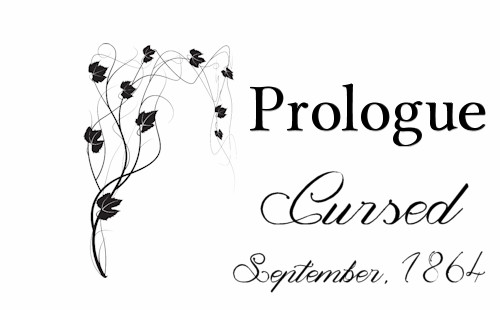 Chilly air breezed through the bedroom window. Dahlia slid the patched quilt she’d stitched together years ago from her body, welcoming the night’s cool draft. A wooden lantern hung beside the door, its flame weak and dim. But the moon’s hazy glow compensated for the dull flame nicely, brightening the otherwise darkened room. The soft light pressed into a crack in the window’s pane, projecting sparkles along the wall like hundreds of brilliant diamonds. She watched them for a while, wishing she was staring at a real one upon her finger.

Dahlia turned onto her side and ran her hand along the curve of Charles’ back, spreading her fingers over his relaxed muscles. He groaned in his sleep, a sound she’d heard many times before. She pressed her lips to the narrow line between his shoulder blades and smiled against his skin. She wanted to hear his sleepy sighs again; she longed to hear them forever. With him in her bed this night, the possibility remained.

Charles stirred, rolling onto his back, stretching his arms wide. She took advantage and pressed her body to him, draping her arm over his chest and nuzzling into his side. His arm folded around her, stroking her skin with his calloused fingers, sending shivers through her body.

“I love you,” Dahlia whispered and pressed tiny kisses down his chest.

Charles’ body jerked, waking fully and taking in his surroundings. He glanced down at Dahlia tucked under his arm. His eyes softened and the corners of his lips tipped down. “I have to go,” he said, sitting up and moving to the edge of the bed to don his pants.

Dahlia tucked the quilt around her, feeling the night air’s bite for the first time without Charles’ warmth beside her. But the air wasn’t the only reason for the chill. She now had his final answer.

“Please,” she begged softly. “If it’s about your father, we can flee. We can go together to the north, or out west.”

“And you’d leave your mother alone to care for my family?” Charles asked, buttoning his pants while he peered out the open window. The moon’s fragile light glinted over the strands of his dark black hair. She noticed its growth and remembered the last time she’d cut if for him.

“She’ll call upon my aunt so she won’t be alone for long. She loves your family,” Dahlia replied, wrapping the quilt around her body as she stood behind him.

Charles’ gaze moved around the property. No one was awake yet to tend the gardens or work the fields. All was quiet─maybe quiet enough for him to forget. Dahlia watched his eyes look to the well, recalling last year when he’d returned to her after the war. She’d helped him set the very stones now shadowed by the night. She ran her hand up his shoulder, thinking back to that time when his promise was for forever.

Charles’ shoulders fell with a sigh as he shifted his view to the new mansion his father had built as a wedding gift. He turned back to the bed and grabbed his shirt. “You know I can’t do this, Lia. I’m to wed Sarah tomorrow. It’s expected of me.” Charles pulled his shirt on and stepped into his boots.

“Stop,” Dahlia said as Charles moved to the door. She tightened the quilt around her body, aching to go back an hour before when her body was covered only by him. Careful not to make a noise that would wake her mother down the hall, she moved closer and tugged his shirt. “You love me. Not her.”

Charles slid out of her grasp and removed the lantern from its peg then traveled down the stairs.

Dahlia followed, the quilt dragging at her feet as she stepped onto the dirt floor of the cellar. “You can’t do this, Charles. I love you. I want to be with you.”

“We can’t be together, Lia.” His eyes darted back to her, narrowed with pain and fear. He slid a long lock of her wavy brown hair off her shoulder and mumbled, “I shouldn’t have come tonight. I was mistaken and I’m sorry.” He pushed the wooden door open, holding the lantern toward the tunnel that led to the main house─Stockton House. “We can never do this again. I love her. Not you,” he said. His green eyes went cold then, like they’d never told the truth before, like they’d never see the truth again.

Dahlia freed one hand from the quilt and slapped it hard against his cheek. The sting echoed up her arm, returning all the pain to her heart. “You’re lying. I know you love me!” she cried and stepped closer to him.

She turned his body with one hand and pulled his face to hers with the other, dropping the quilt to her feet. Charles remained still as Dahlia pressed her lips to his wounded cheek. Her gentle kisses traveled along his face until they met his lips, where the kiss grew urgent with want, with love.

He responded, gripping her waist with his empty hand and pressing her between himself and the earthen wall. His hand clung to her bare skin as his mouth claimed hers with enough desire to haunt her for a lifetime.

Tears flowed from Dahlia’s dark eyes as his kiss began to fade. Charles looked down at her and backed away. “Wait!” Dahlia demanded, thrusting her body against his and looping her arms around his neck.

“No, Dahlia,” Charles replied sternly, shoving her body away.

“I will not let you leave me,” she said and moved close to him again, running her hands up his chest, her eyes pleading with his.

He scowled and whipped the back of his hand across her soft face. “You will know your place from here on, Dahlia.”

She crumpled to her knees in front of him, cradling her cheek. “My place is no longer here,” she said, her voice a mere whimper.

“Whether you stay or go, I will be married. And this will never happen again,” Charles said gruffly, turning toward the door.

“I will never forget you,” she said as she wept. It was not a pledge to him, but a harsh reality. She knew the memory would be the curse that lived with her forever.

The light of the room faded as the lantern’s halo disappeared down the passageway. Darkness consumed the room, accompanied by the sound of quiet sobs and the smell of wood and soil. And when her tears ran dry, no longer burning misery into her skin, Dahlia rose up. She vowed her curse wouldn’t be alone. She knew she would never forget, but she would make sure his family never remembered.

Outfoxed by Marie Harte
Death Orbit by Maloney, Mack
Dolled Up for Murder by Deb Baker
A Hope Christmas Love Story by Julia Williams
On a Highland Shore by Kathleen Givens
Edge of Surrender by Laura Griffin
An Unexpected Gift by Zante, Lily
What the Doctor Didn't Tell Her by Jacqueline Diamond
Easy Bake Coven by Liz Schulte
Revenge of the Geek by Piper Banks