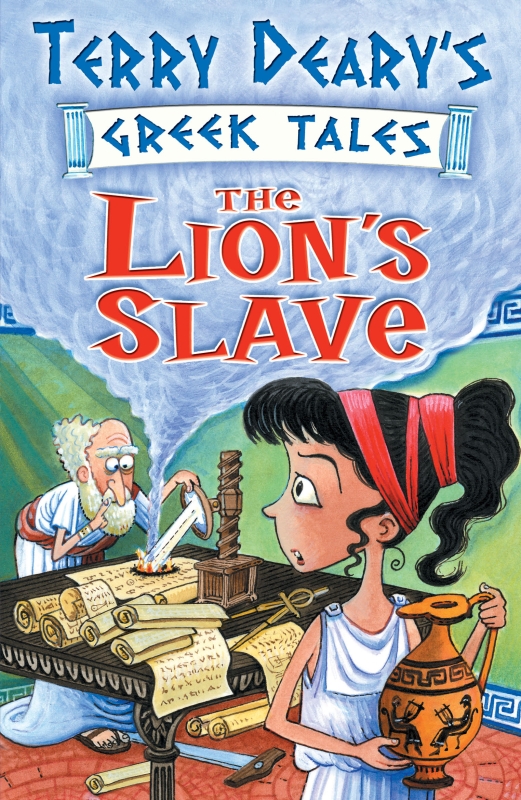 The rights of Terry Deary and Helen Flook to be identified as the author and illustrator of this work have been asserted by them in accordance with the Copyrights, Designs and Patents Act 1988.

A CIP catalogue for this book is available from the British Library.

All rights reserved. No part of this publication may be reproduced in any form or by any means–graphic, electronic or mechanical, including photocopying, recording, taping or information storage and retrieval systems–without the prior permission in writing of the publishers.

This book is produced using paper that is made from wood grown in managed, sustainable forests. It is natural, renewable and recyclable. The logging and manufacturing processes conform to the environmental regulations of the country of origin.

Printed and bound in Great Britain by Bookmarque Ltd, Croydon.

Aesop the Greek storyteller said:
You may share the work of the great, but you will not share the rewards
. 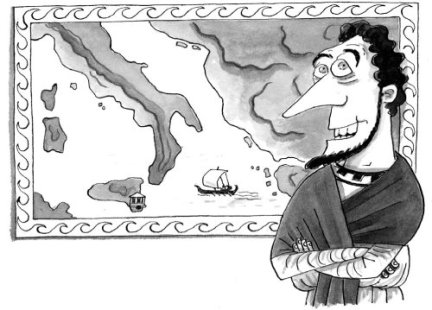 My master liked to call me stupid. “You are stupid, Lydia,” he would say. “If you had twice as many brains, you’d be a half-wit.”

That was a clever thing to say. But then my master, Archimedes, was the cleverest man in the whole of Greece. So if he called me stupid, then I must have been.

I cleaned his rooms … and washed his clothes … 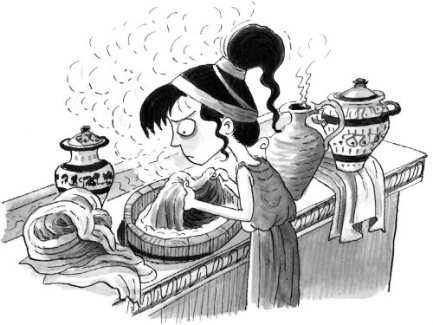 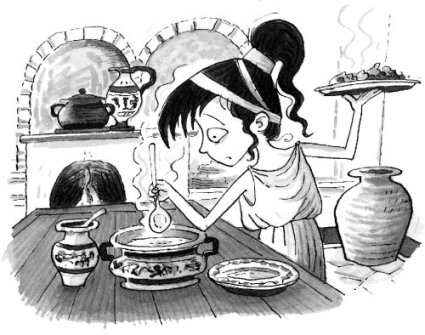 and helped him test his machines. 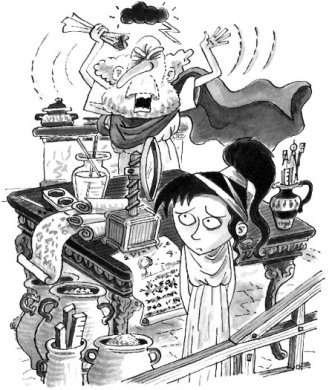 Because Archimedes was a great inventor, they called him the Lion of Syracuse. And he often roared at me like a lion.

“I bet your brain feels as good as new, seeing that you’ve never used it,” he told me.

And I was clumsy. When I tried to dust the bottles and jars in his workshop, I often spilled them. 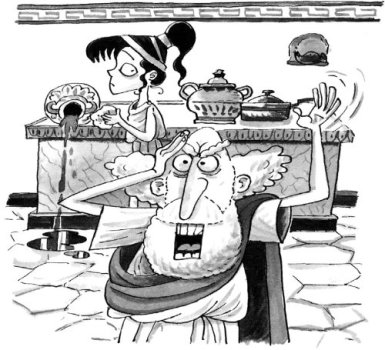 “You are a donkey, Lydia. What are you?”

There was a story about Archimedes taking a bath one day, long before I went to work for him. He lay in the bath and the water overflowed. 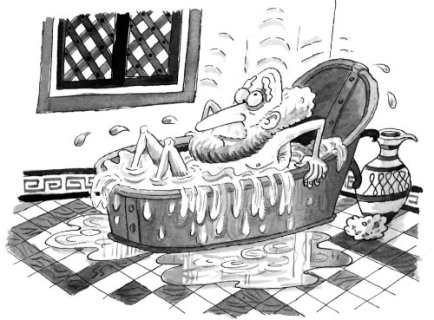