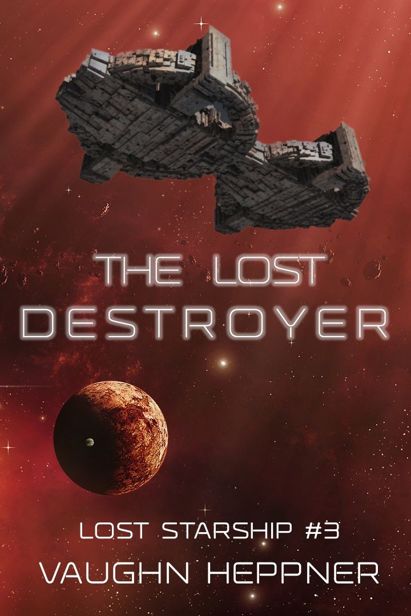 This book is a work of fiction. Names, characters, places and incidents are either products of the author’s imagination or used fictitiously. Any resemblance to actual events, locales or persons, living or dead, is entirely coincidental. All rights reserved. No part of this publication can be reproduced or transmitted in any form or by any means, without permission in writing from the author.

A purple bolt of ionized magnetic force struck Starship
Victory
. The deflectors didn’t stop the attack because the shield was down. The collapsium armor darkened where the strand hit. Then a plate blew off the hull, tumbling into space.

On the starship’s bridge, Captain Maddox rocked in his command chair.

“Hard to starboard,” he said.

The holographic image of the alien AI said nothing.

Maddox swiveled his chair to see what was wrong with the AI. The holoimage stood at its favorite spot on the bridge, but everything inside the shape’s outline was fuzzy.

The captain swiveled back so he could see the main screen and the lieutenant at the same time. “Jump,” he told Valerie. “Get us out of here.”

“The magnetic storm is shutting down our systems, sir. A jump under these conditions could destroy us.”

Another bolt of ionized magnetic force surged out of the twisting mass. An indicator told Maddox the storm was over ten thousand kilometers in width, making it larger than most terrestrial planets. The bolt struck their vessel. Metal groaned ominously, and the bridge around the captain shuddered.

“I may be able to use cold propulsion to move us,” Valerie said.

Valerie’s fingers played across the pilot board.

A rear viewer showed Maddox that cold propellant ejected from the thrusters. Slowly, the starship turned away from the ion storm and began to gain separation.

Another ion strand lashed out. Maddox tensed. This one missed the hull armor. A surge of electrical power must have struck, though. A bridge panel went dark. There was too much of that.

Maddox swiveled around to check on Galyan again. The holoimage was still fuzzy. As the captain watched, part of the holo-outline faded away.

What if they lost the ancient AI? “Will the storm damage be permanent?” Maddox asked.

“There’s no way to tell yet, sir,” the lieutenant said.

“I understand, sir. When the engines come back online, I can do that. Until then, cold propulsion is all we have.”

Maddox noted the strain in Valerie’s face, the tightness in her shoulders. The cold propulsion had been a good idea. Maddox knew he wouldn’t have thought of it.

Valerie shot him a glance. A tremulous smile appeared and then a nod of appreciation.

Just then, something caught Maddox’s eye. He stood, amazed and then perplexed as the faint image of a ship passed through the ion storm like the ghost of a gigantic vessel.

Maddox checked the indicator. The vessel was a fraction of the size of the magnetic storm. Even so, whatever that was out there was huge, bigger than anything Star Watch owned, bigger than a Cestus hauler or a Spacer home-ship. The indicator showed the ghost measured an easy fifty kilometers in length and thirty at its widest. That dwarfed Starship
Victory
, which was considerably less than a kilometer in length.

“Lieutenant, what do you see out there?”

Valerie looked up at the main screen. Her head swayed back before she glanced at him. “T-The same thing you see, sir.” It was clear she didn’t want to commit to seeing something so strange.

“Describe the sight to me,” Maddox told her.

“It has a teardrop shape,” he said. “It’s faint, though, like a bad holoimage.”

“We’re Star Watch officers,” he said. “We must make an objective analysis of whatever we see without referring to superstitions.” Something caught Maddox’s eye on her pilot board. “Lieutenant, what’s that blinking light on your panel mean?”

Valerie looked down and tapped her board. “Sir, someone has opened Hangar Bay Three’s outer door.”

Why would anyone do that during an ion storm? Maddox immediately distrusted this news. It smacked of subterfuge.

“Sir,” Valerie said, looking up in dismay. “The jumpfighter has cold-launched from the hangar bay.”

Maddox still considered himself an Intelligence officer more than a Line officer. Odd events stirred his curiosity and made him suspicious of motives. An ion storm, a giant ghost vessel inside it and someone launching
Victory’s
only jumpfighter, these things weren’t coincidences.

“Hail the jumpfighter,” he said. It was time to find the underlying cause of this action.

Valerie opened channels. Harsh static was the only response.

The captain was a handsome man with angled features, considered by some as the best Intelligence officer in Star Watch. He had his skeletons in the closest, more than most, in fact. He was half New Man and half human, a hybrid that too few people on his side trusted fully. When his features took on a distant, seemingly disinterested cast as it did now, it meant his mind whirled at high speed.

The storm, ghost ship and launched jumpfighter—had the pilot chosen this time for that reason? The captain didn’t like mysteries when it came to his starship and crew.

Victory
had just jumped into an unpopulated star system in order to use one of the Laumer-Points. A few terrestrial planets made up the inner system where they were now. None of the rock worlds here had an Earthlike atmosphere. There weren’t any mining colonies either. Where would the jumpfighter go in order to reach safety? The craft had a limited range. It couldn’t travel to another star system.

“I’ve got it on the main screen, sir,” Valerie said.

Maddox turned his attention back to the screen. The jumpfighter was a tiny vessel, a modified strikefighter. At the beginning of the voyage,
Victory
had carried two jumpfighters. One had wrecked on Wolf Prime several months ago. The unofficial name for the vehicle was a “tin can” because that’s what the experimental craft resembled. Jumpfighters could fold space for a limited distance, and Star Watch hoped to use them against the New Men to initiate close range attacks and then quickly jump out of harm’s way.

As he watched, the jumpfighter folded space and engaged its engine, disappearing into the fold.

Maddox understood the significance. A wink of brightness appeared near the faint vessel in the ion storm. The jumpfighter had gone to it. Maddox wanted to know why.

Before he could comment, several magnetic strands writhed out of the ion storm. Two of them struck
Victory
. The bridge shuddered under Maddox’s feet. To his left, although out of sight, metal made twisting, groaning sounds. A second later, the bridge lights went out. The only illumination came from the purple storm outside the ship showing on the main screen.

Grim suspicion gripped the captain’s mind. If the jumpfighter had raced to the ghostly vessel, it implied that someone had planned for the event. That meant someone aboard ship had brought
Victory
to the punishing ion storm on purpose, maybe by corrupting the flight computers. That person or persons had threatened Star Watch’s most important starship, and they had done so under Maddox’s nose.

With every faculty alert, Maddox watched the ghostly vessel. What was it? How could it maneuver through the magnetic storm? Why was it here at this precise moment?

The giant ghost ship slid through a dark opening in the center of the storm. The vessel disappeared as it dropped through the vortex. Then, the dark opening began acting like a fantastic vacuum cleaner, sucking the ionic storm into it at a prodigious rate. There was no jumpfighter in evidence now. The twisting mass flashed with power. Long strands writhed madly. They no longer lashed at the starship, though. Instead, the strands twisted “upward” in relation to
Victory
.

Maddox cataloged everything as his features became even more composed. His eyes burned with a deadly light, however, belying his cool reserve. The dark opening began to close. As it did, a visible pulse of magnetic force expanded like a watery ripple. One edge of the ripple sped toward
Victory
.

“Come on,” Valerie said, tapping her panel. No doubt, she tried to raise the shield. At the last second, she looked up hopelessly.

The ripple of power struck and then passed the fleeing starship.

Maddox expected the last surge to shut down everything that had remained on so far. Instead, the opposite happened. An electrical
whomp
sounded, and the lights returned to the bridge. Some of the panels that had darkened reenergized. That caused a klaxon to blare with a rising and falling noise.

Maddox’s head moved to track the source of the klaxon. “What’s causing the alarm?” he asked.

Valerie got up and moved to a different board, tapping it and reading something that deflated her shoulders.

She faced Maddox. “Sir, you’re not going to believe this. The New Man’s holding cell is empty.”

In two strides, Maddox stood beside the lieutenant. The small screen showed the empty cell where they had kept Per Lomax. Their most dangerous enemy was free.

Maddox whirled around as he unbuttoned the jacket to his uniform. He drew a long-barreled gun from its harness. Most starship captains didn’t go armed on their vessel, but Maddox retained the habit of traveling armed at almost all times from his days as an Intelligence officer.

The captain considered himself the universe’s premier realist. And the reality was that the escaped prisoner was superior to them in every way, smarter, faster and stronger.

“We have to recapture Per Lomax before he picks us off one by one and takes over
Victory,
” he said.

Valerie stared at him. “Sir, surely Per Lomax used the jumpfighter.”

“That’s one possibility,” Maddox conceded. “The other is that he used the jumpfighter as a tactic to throw us off. It could be a diversion.”

“Our starship is the greatest prize on both sides of the conflict,” Maddox said. “If the New Men capture
Victory
, our latest advantage over them will vanish.”

Maddox headed for the hatch. One of his greatest strengths was acting faster than his opposition. He would use that here before Per Lomax could consolidate his position.

“Don’t let anyone onto the bridge until I return,” the captain said over his shoulder.

“To figure out what just happened,” Maddox told her. Then, he darted out the hatch.

Their Private Arrangement by Saskia Walker
From Kiss to Queen by Janet Chapman
A Broken Land by Jack Ludlow
Seduction at the Lake by Misty Carrera
The Elegant Gathering of White Snows by Kris Radish
Cold Deception by Tait, D.B.
The Creative Fire: 1 (Ruby's Song) by Brenda Cooper
Fallen by Leslie Tentler
98 Wounds by Justin Chin
Beach Road by Patterson, James