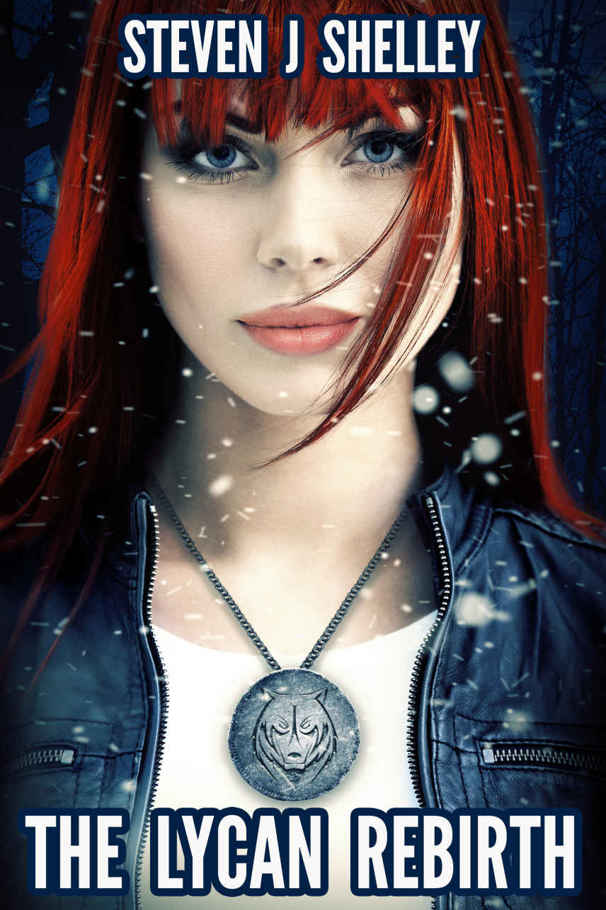 This is a work of fiction. Names, characters, businesses, places, events and incidents are fictional, and any resemblance to actual persons, living or dead, or actual places is purely coincidental.

Not recommended for younger readers.

Visit my
website
for quick and easy links to my catalog!

The Sands of Osiris (Book 1)

The Jungles of Verdano (Book 2)

The Ice of Solitude (Book 3)

If Florence Underwood was on holiday, the house would be a slice of heaven. It was an old bungalow set back on a large, wild property on the edge of the Caribbean jungle. There were many winding roads in the hinterland of New Providence. One could spend weeks exploring all the quiet tracks frequented by monkeys and wild pigs. The air was much cooler in the hills than it was in Nassau and on the beaches.

The problem was, Florence
wasn’t
on holiday. She was on the run from people and creatures who wanted to kill her. Not only that, but she had taken on the immense task of rebuilding her family, her tribe. The Lycan Society was close to dead, but there
was
a faint pulse. She was almost certain that Jack Foley was also alive, and that he would eventually find his way to her.

What mattered now was safety and numbers. Hopefully this new property on New Providence - St Claire it was called - was safe enough for the long road ahead. As for the numbers part, well, Emmaline would be critical in that regard.

The diviner had agreed to cooperate with Florence and take up residence at St Claire, but only because she held the late Mother Aurora in such high esteem. Florence sensed that Emmaline, like most diviners, was extremely hesitant to align herself to one particular faction. Divining seemed to be a painful, emotionally draining task and Florence could understand why they invariably went a little crazy. For her part, she assured Emmaline that her extraordinary powers wouldn’t be abused.

Besides, the diviner was still basically a drug addict, and needed to be fed her narcotic of choice every day. Julian had the thankless task of heading into town and securing the goods. He joked that he’d simply fly away if the police approached him, but they both knew it wasn’t as simple as that. Julian’s grievous wound, the fist-sized hole in his left wing, simply wasn’t healing and there was no sign that it ever would. Florence was worried that the aquilan might be crippled permanently. Julian had maintained a cheerful, positive outlook since they’d touched down in the Bahamas, but Florence could tell that her lover was hurting on the inside. Their relationship had been stronger than ever lately, but Florence knew Julian couldn’t be truly happy unless his spirit creature was whole. It was a timely reminder that people weren’t invincible just because a Flux Age had begun.

Today, Florence was sipping on a freshly pressed orange juice while she waited for Emmaline to rouse herself. The diviner usually slept late, often into the early afternoon.

Florence told herself to be patient as she watched a blue butterfly alight from the daffodils in the garden. The property was truly gorgeous, and under other circumstances she might have fallen in love with it. The juice she sipped on was just one of the products sourced from the ramshackle orchard at the back of the house. Wild chickens roamed the lot and Julian had taken to killing the odd one for supper. The tall aquilan now appeared in the doorway with a plate of fresh fruit salad.

“No sign of her yet?” Julian asked as he sat opposite Florence at the garden table. He shot her a meaningful glance and she scowled theatrically. Today was an important day. Today was the day that Emmaline promised ‘it’ would finally happen. ‘It’ was a trip to Carmichael Village, one of the hinterland villages here on New Providence. It wasn’t on the tourist trail and was a fairly rural type of settlement. It was there that Emmaline had promised they would find their first new recruit. The first lycan trainee under Florence’s watch.

“Should one of us go in?” Florence muttered. Truth be told, Emmaline’s unreliability was beginning to annoy her. Sure, she understood that being a diviner wasn’t all wine and roses, but Emmaline just wasn’t good at helping herself sometimes.

But Florence needn’t have worried.

“So we ready or what?” came a husky voice at the back door. Emmaline appeared in an elegant white summer dress and looked clean and alert. Perhaps she was slowly returning to full health after all.

“Let’s do it,” Florence said with a grin.

Florence left with Emmaline, leaving Julian to run domestic errands. He seemed to enjoy running the house, perhaps looking to take his mind off his broken wing.

Florence and Emmaline caught an old yellow bus further up the mountain, arriving at their destination within half an hour. Florence was especially glad to alight from the rusty old bus, which seemed intent on sending all the passengers tumbling down the mountainside.

The women sauntered up the main street. Florence began sweating almost immediately, cursing the thick, humid Caribbean air. She sighed with relief when Emmaline parked herself at a table outside a crumbling general store. All manner of jungle fruits and vegetables had been arranged on tables nearby. From their position it was possible to monitor anyone who passed by.

Florence nodded and allowed Emmaline to order them both an iced tea. She didn’t really know what to expect but knew she needed to give the diviner space to do her thing.

For a while the women chatted about where they were from and their earliest memories. Florence was glad to find out a little more about the mysterious island girl across from her. It turned out that Emmaline had been quite a rebel at the school Mother Aurora had placed her in. The only authority figure she could accept was the old lycan.

Florence grinned at the thought - Aurora had always been a tough but fair mentor. She was just beginning to enjoy the conversation when Emmaline interrupted her.

A bald, local man walked past. Newspaper tucked under his arm, he looked in very good shape for someone his age.

Florence looked closely at their target, suddenly unsure of herself. Now that they were on the cusp of their desperate scheme, the whole thing seemed ludicrous. Why on earth would this man want to join the Lycan Society? He had no ties to the werewolves. Apart from being one. Even if he didn’t know it yet.

“He has a reputation with some of the ladies around here,” Emmaline said with a crooked grin. “But ultimately he’s a good man.”

Florence frowned. She’d been very clear with the diviner - she wanted experienced, unattached candidates. People without the close ties of family and friends. But what kind of person did that leave? Cold-hearted types? Sociopaths? Florence couldn’t stop her prejudices from taking over.

There was no time to mull it over. Florence
had
to rebuild soon before she was found by her enemies. She nodded.

To her surprise Emmaline giggled to herself and set off after the older man. Florence watched nervously as the diviner put a long, gangly arm around his shoulders and steered him into a darkened shopfront.

Florence sagged back into her chair, relieved that she wouldn’t see the process of divination. She just felt it was something private, something for the target only.

Florence ordered a second iced tea and tried to remain calm while she waited. After what seemed like an eternity Emmaline emerged with Wilson by her side. Florence scanned both their faces anxiously but found nothing out out of the ordinary. Frustrated by their blank expressions, she stood and clasped her hands together. It was an incredibly odd feeling, to be standing there in the hills of New Providence waiting to see if a complete stranger was willing to devote the rest of his life to her tribe.

Emmaline slumped into her chair. She seemed pale and tired, but otherwise OK. Wilson took Florence’s hand and nodded. His grip was firm and confident.

“I always knew there was something here,” he said, thumping a fist emphatically against his chest. “I can’t tell you how proud I am to be a part of this.”

Florence couldn’t help but smile in relief. At that moment she wasn’t exactly sure what ‘this’ was, but she didn’t tell Wilson that.

“Glad to have you aboard, Wilson,” she said. “You probably need a few days to handle your affairs. We have a property, St Claire -”

“I know the place,” Wilson said enthusiastically. “I’ll be there tonight. Just gimme a few hours.”

And with that, he was gone, prowling the street like a panther. Florence looked at Emmaline, who winked. The werewolf laughed out loud at how easy that had been.

“They won’t all be like that,” Emmaline said. “Half of my job is picking the right marks.”

“Ain’t that the truth,” Florence said, sitting back down and gulping her iced tea. She felt like she’d just completed a marathon exam. “Thank you, Emmaline. There was no hope without you.”

“Don’t thank me yet,” Emmaline said curtly. “Takes years to build an army.”

It was true. The Lycan Society had been decimated. Hundreds, perhaps thousands of trained lycans, many of them werewolves, had been lost to humanity. Recovery would be slow and steady. If Florence recruited every person that seemed vaguely lycan she was courting disaster.

The right lycans were out there - Emmaline just had to find them. Florence looked across at her diviner - she seemed wan and lethargic.

“No more work today,” the werewolf said crisply. “We can try again tomorrow.”

Emmaline mock-saluted, luxuriating in the midday sun. Florence wanted to leave, as she had things to do, but she forced herself to stay. Emmaline was simply too valuable to leave by the roadside. And, Florence had to admit, too unreliable.

As promised, Wilson arrived that night and proved an engaging addition to St Claire. Florence began tutoring the man in exactly the same way she’d been mentored by Mother Aurora. It was often difficult to acclimatize the human body to the lycan germ but Wilson took to it like a duck to water. It was a pleasure to watch the man grow acquainted with his spirit creature. Before long he was germing without fuss and was ready to learn a few fighting skills. He spent long sparring sessions with Julian, learning
jesto
, the ancient aquilan form of hand to hand combat.

In the mornings Florence ventured out with Emmaline in search of new recruits. No suitable candidates were found for days until they happened across a wildly intelligent homeless woman in Nassau. Calling herself Miss Garvey, the woman joined Florence’s troop with enthusiasm and gusto, glad to have a place to call home.