The Man Who Invented Christmas 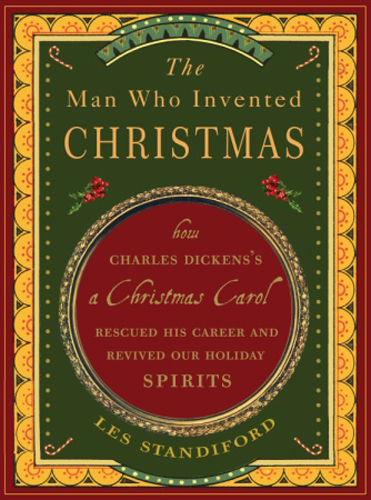 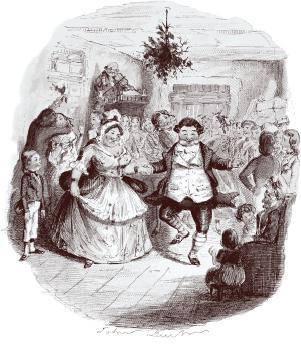 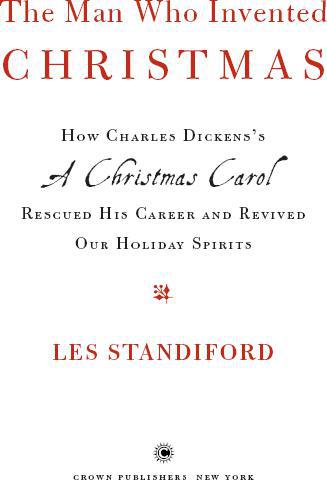 This book is dedicated to the real Sam Weller,
Who taught me the book trade
in a worldly temple in Salt Lake City,
And to Mitchell, and Rona, and Otto, and Marshall
And so many good book people everywhere.
God bless them, every one.

B
ehold I do not give lectures or a little charity, When I give I give myself. 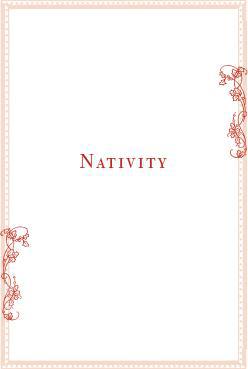 I
n London, in 1824, it was the custom to treat a debtor little differently from a man who had reached into a purse and stolen a similar sum. In this case, he was a father of seven, and though he was gainfully employed, it was not gainful enough. His debt was to a baker, a man named Karr, who lived in Camden Street, and the sum was forty pounds, no small amount in those days, when an oyster was a penny, a whole salmon a pound and six, and a clerk who worked for a tightfisted miser in a countinghouse might not earn as much in a year.

Accounts were tallied, the sheriff was consulted, and men were sent in consequence. Our father—John his name, and thirty-seven—was taken by the sheriff ’s men to what was called a “sponging house,” a kind of purgatory where those who could not meet their obligations were afforded some few days to seek relief from their creditors’ charges, intervention from a person of influence, or possibly a loan from family or friends.

In this instance, help was not forthcoming. Two days passed with no good word, and then our John, officially an insolvent debtor, was passed along to the Marshalsea, imprisoned alongside smugglers, mutineers, and pirates. “The sun has set on me, forever,” he told his family as he left.

One who tried to help was a son of John, who, then twelve, took a job, at six shillings a week in a tumbledown factory-house that sat on the banks of the River Thames. One day long afterwards the boy would speak of the place, “Its wainscoted rooms and its rotten floors and staircase, and the old grey rats swarming down in the cellars, and the sound of their squeaking and scuffling coming up the stairs at all times, and the dirt and decay of the place, rise up visibly before me, as if I were there again.”

His job was to fill small pots with shoe blacking, and tie them off with paper, and then to paste on each a printed label. The boy worked ten hours a day, standing near a window for better light and where any passersby might see him, with a break for a meal at noon, and one for tea later on. And though the place was grim and the work was numbing, and this had put his childhood to an end, he worked on. For his father was in prison. For a debt of forty pounds. For his family’s bread.

“My whole nature was so penetrated with the grief and humiliation of such considerations,” the boy would one day write, “that even now…I often forget in my dreams that I have a dear wife and children; even that I am a man; and [I] wander desolately back to that time of my life.”

While these words testify to the force of a childhood blow, they also offer reassurance that there would one day come a lightening of his circumstances. That the boy would not spend forever in his dismal occupation, nor would his father stay forever in the Marshalsea, though there were three long months there, with our young man visiting his father in a tiny room behind high spiked walls, and where, the boy recalls, they “cried very much.”

And where his father told him “to take warning by the Marshalsea, and to observe that if a man had twenty pounds a year, and spent nineteen pounds nineteen shillings and sixpence, he would be happy; but that a shilling spent the other way would make him wretched.” These words of caution, and lament, and more, and then at 10:00 p.m. the warning bell would toll and our young man of twelve would walk out into the foggy London night, five miles toward home, and some hours of oblivion before the scurrying, and the squealing, and the little pots of blacking came again.

T
he boy’s name was Charles, of course, and his family’s name was Dickens, and most who have commented on the life of the famed author have observed that those sorry experiences of his youth, described in a scrap of autobiography never published during his lifetime, constitute the most significant of his formative years. All art grows out of its maker’s loss, it has been said—and if that is so, Dickens’s loss of his childhood was to become the world’s great gain.

Dickens, who is generally considered one of the most accomplished writers in the English language, published twenty novels in his lifetime—he died in 1870—and none of them has ever gone out of print. His personal experience of harsh working conditions and a deep sympathy for the poor inform much of his writing, and more than one scholar has made a life’s work out of tracing the parallels between the author’s life and his fiction. The number of academic books, dissertations, monographs, and articles devoted to Dickens and such lengthy works as
Oliver Twist
and
David Copper
fi
eld, Bleak House
and
Great Expectations,
is, practically speaking, beyond counting.

But perhaps the best known and certainly the most beloved of all Dickens’s works has received relatively little study. Though
A Christmas Carol
abounds in references to Dickens’s life, and is the very apotheosis of his themes—and though it is exquisitely crafted, often referred to as his most “perfect” work—critical attention has been scant.

Perhaps it is because the book is short, fewer than 30,000 words; perhaps it is because of its very popularity, its readership said at the turn of the twentieth century to be second only to the Bible’s; or perhaps it is because of the difficulty or the irrelevance of analyzing what is simply very good. Dickens’s contemporary, William Makepeace Thackeray, as scathing a critic as ever walked the streets of London, once said of it, “Who can listen to objections regarding such a book as this? It seems to me a national benefit, and to every man or woman who reads it, a personal kindness.”

Perhaps the most surprising thing about the story behind this well-known story, however, is the pivotal role it played both in Dickens’s career and in cultural history itself. At the time he sat down to write his “slender volume,” Dickens’s once unequaled popularity was at a nadir, his critical reputation in a shambles, his bank account overdrawn.

Faced with bankruptcy, he was contemplating giving up on writing fiction altogether. Instead, he pulled himself together and, in six short weeks, wrote a book that not only restored him in the eyes of the public but began the transformation of what was then a second-tier holiday into the most significant celebration of the Christian calendar.

Love Delayed by Love Belvin
The Abomination by Jonathan Holt
The Removers by Donald Hamilton
Barsk by Lawrence M. Schoen
If He's Sinful by Howell, Hannah
ER - A Murder Too Personal by Gerald J Davis
All I Want by Lynsay Sands
Sense of Evil by Kay Hooper
Taming Hollywood’s Ultimate Playboy by Amalie Berlin
Shatterglass by Pierce, Tamora