Read The Man Who Walked Away A Novel Online

The Man Who Walked Away A Novel 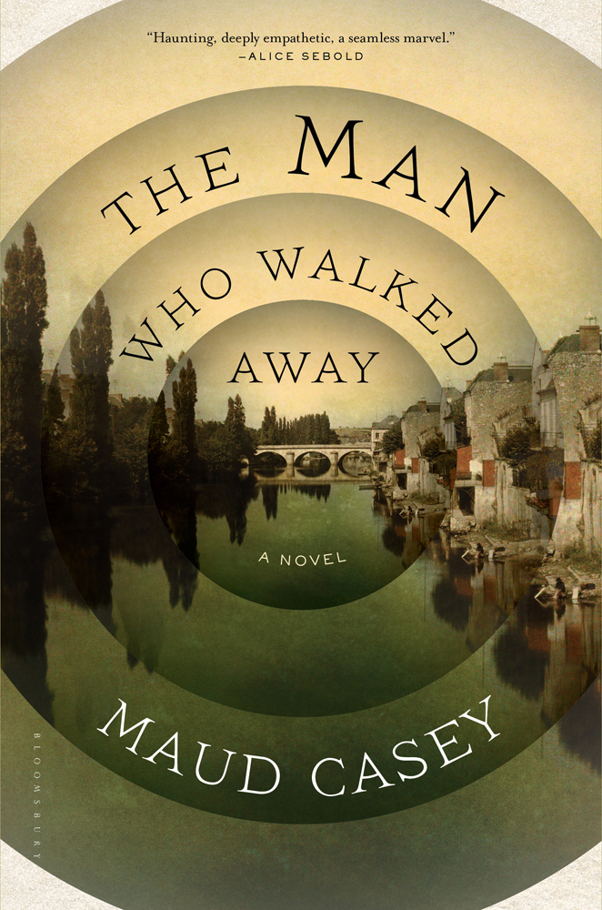 I travel not to go anywhere but to go. The great affair is to move; to feel the needs and hitches of our life more nearly; to come down off this feather-bed of civilization, and to find the globe granite underfoot and strewn with cutting flint.

Travels with a Donkey in the Cévennes

It all began one morning when we noticed a young man . . . crying in his bed in Dr. Pitre’s ward. He had just come from a long journey on foot and was exhausted, but that was not the cause of his tears. He wept because he could not prevent himself from departing on a trip when the need took him; he deserted family, work, and daily life to walk as fast as he could, straight ahead, sometimes doing 70 kilometers a day on foot, until in the end he would be arrested for vagrancy and thrown in prison.

It was as though he had always been there, haunting the landscape, if only you were paying attention.

“If it were possible to
see
the final movement of Beethoven’s string quartet Number 16 in F major. That’s what he was like,” said the violinist from the Leipzig Orchestra. The man he saw walking along the Weisse Elster River reminded him of the note Beethoven wrote on the score underneath those eerie opening chords:
Muss es sein? Muss es sein?
And the note he wrote under the joyous faster chords swelling in response:
Es muss sein!
The walking man was the question and the answer. Must it be? Must it be? It must be!

It wasn’t unusual to see a man out walking; even as the railways spiderwebbed their way across Europe, people still walked to get somewhere and to get nowhere. But the people who claimed to have seen him—this was later, after he became known as
le voyageur de Docteur
, after he disappeared altogether—agreed there was something different about this man. Everyone who saw him said so. “Oh, yes, I’ve seen
him
,” said the woman in the lowlands who spotted him making his way along a ridge as she hung wash out to dry for her brothers away carving Tournai stone into baptismal fonts. The coal miner in Liège, blinking into daylight, saw him walking in the valley; the baker in Coblenz saw him cross two of that village’s four bridges; the hotel maid in Mulhouse, that Alsatian city of a thousand chimneys, glimpsed him from the window walking through the public square as she snapped a clean sheet across a bed. “Even when he was right there,” she said, “he was somewhere else.” He shimmered, on the cusp of appearing. Or was he disappearing?

It was not surprising that the violinist saw him walking along the banks of the Weisse Elster. The walking man was often spotted near rivers—making his way up and down the hilly streets of Poitiers at the confluence of the Clain and the Boivre; striding through Bayonne at the confluence of the Nive and the Adour; through Valence d’Agen by the Barguelonne; through Maastricht by the Meuse; through Cologne by the Rhine; through Prague by the Vltava.

If anybody had asked, the man, whose name was Albert, would say the song of his body walking was a silky mist. Nobody asked.
Il revient
, the rivers called to him. He returns. The silky mist was his constant companion as he discovered himself walking, not knowing how he got there, under the soft spring sun, into summer’s glare, through the muted fall, and into the hard chill of winter when the trees are bare.

An early spring wind skitters across the river and up onto the docks of this port city so shapely and grand it was once called the Port of the Moon, a port whose grandness made it vulnerable to the greed of the triangular trade, African men and women for the sugar of Santo Domingo. The women working the docks pull their doors shut tight. Making its way up the narrow, winding streets that lead to the center of town, the wind blows a woman’s black oilskin hat right off her head. She slips out from underneath the long cape of the man escorting her home from a party, gently setting down a cage that carries a sleeping dove. A group of straggling, school-bound children herded by their mothers laugh as the woman runs after the hat skidding along just out of reach. She laughs too as the wind rushes past, past the children and their mothers, past a group of men on the way to the docks, knocking a casket of wine from a merchant’s cart into the street. The wind rushes past them all.

Past the statue of Diana dragging the fallen stag, past the statue dedicated to the soldiers who died for their country, past the men lucky or unlucky enough not to work the docks as they settle in at the café tables. It pushes open the doors of the cathedral, whipping around the spires, taking a spin around the bell tower, where it becomes trapped, shivering the bell from the inside out. Muted ringing echoes through the city.

Then it breaks free, blowing through the public square outside the Palace of Justice, past the small stone church where the witchy-looking woman stands guard to harangue anyone who will listen and those who won’t on the subjects of good and evil. “Do any of you know the difference?” she asks. “Do you?” She does. The wind blows past her too, arriving at the large iron gates of the asylum.

Across from the small stone church, in the long shadow of the cathedral, the asylum lies at the intersection of the city’s prosperousness and the humble daily striving of its citizens. Long ago, it was a place of refuge for pilgrims en route to the tomb of St. James in Spain; now its red brick façade is infused with the magnificence of a building once dedicated to something divine.

Outside the iron gates the wind still swirls; inside the courtyard the air is still and warm. There is a careful orderliness to the little compound of the asylum—the dining room neatly dividing the women’s wing from the men’s wing and the chapel—resting on this generous slope of land on the edge of the city, its boundaries marked by a stream that flows into the river. From inside the courtyard you can hear an occasional train, and if you were to look out a window on the upper floor you would see the stern, stony statues of the justices sitting on top of the Palace of Justice across the park. You would see the city buzzing with people, scurrying with heartbreaking purposefulness along the thin, winding streets. But there would be no need to look out the window because the asylum is a world unto itself.

The Director, a veteran of the last war (a war we
almost
won, he likes to point out cheerfully), is responsible for making this world. He is a high-chested man with a ruddy, mottled face who often appears seemingly out of nowhere, particularly impressive for a tall man always carrying a garden tool. He believes in the good effects of nature, music, and physical fitness on the insane. He is a man for whom the ancient Greek origins of the word
psychiatry
—the medical treatment of the soul—have always rung true and so, a vegetable garden, a piano, and the regimen of daily exercises he conducts in the courtyard every day except for Sunday (and some weeks even on Sunday).

“Well, that’s that,” says Walter, a patient who smells mysteriously of pudding, though pudding is never served because the Director forbids sweets, believing them to be one of the causes of the last war. “Even when I turn my back?” he asks. “Those people?” he asks Marian, who wouldn’t eat pudding even if there were pudding because the sun has stolen her stomach.

Though she cares for Walter, she doesn’t have the energy to prove him wrong. She is without a stomach; whether people are real or not is not her first concern. “Well, then,” she begins, wandering away in search of the rest of her sentence. “Well . . .”

From the window, Walter sees the asylum’s young doctor pedaling past on his bicycle. “Fleetingly improvised concoction,” he whispers.

The Doctor keeps his eyes on the road in front of him in order to steady himself. Pedaling past, he remembers, not for the first time, that the asylum was once a hospital for lepers. On bad days he thinks of the patients as leprous pilgrims, pieces of them falling off as they journey to who knows where; on bad days, doomed, weary visionaries, all of them. “You’ve only been here a year,” the Director often reminds him. “Give it time.” But there are days when all the Doctor can hear is the suck of need, when the patients seem so tired it is as if the recent war has caused an epidemic of fatigue, a generation born into exhaustion.

But today is not one of those bad days. Today the optimism the Doctor felt almost one year ago when he first began his work at the asylum has returned. He is filled with gratitude simply to have been born in the age of mental medicine when there is all of this thinking about, well, thinking. This morning, the asylum seems to him a beautiful, simple vase that gives shape to people who would otherwise spill into an indistinct puddle. Though his good mood may have something to do with the fact that today he will not be going to the asylum at all. Instead, he will take the train all the way to Paris to hear a lecture by the son of a wagon maker who has made of himself a great doctor. A man who receives letters from admirers addressed simply to
The Great Doctor, Europe.

A Touch Mortal by Leah Clifford
Girls Only: The Hairdresser by Selena Kitt
The United States of Vinland: The Landing (The Markland Trilogy) by Taber, Colin
Angelic Sight by Jana Downs
Between the Sheets by Prestsater, Julie
Even In Darkness--An American Murder Mystery Thriller by Lynn Hightower
Perfect Match by Monica Miller
Wojtek the Bear [paperback] by Orr, Aileen;
Burning Eden by Fisher, Kelly
The Angry Wife by Pearl S. Buck