The Mating Mind: How Sexual Choice Shaped the Evolution of Human Nature 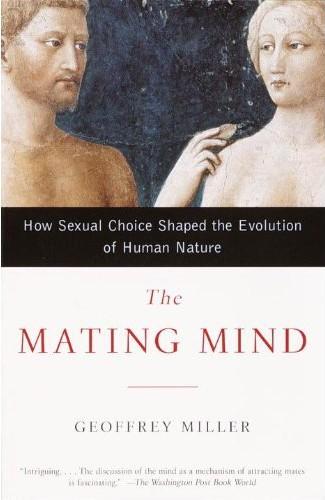 "Miller is an extremely talented writer, and he has produced a beautifully written book that is a genuine pleasure to read. The strength of this work, however, goes well beyond style. Miller has ambitiously described a scenario that provides insight into a

number of puzzles about the human mind." —
Science

"Fascinating.... This book will be intriguing even to readers with only a superficial knowledge of evolutionary biology."

"A brilliant and seductive book. It will sweep you off your feet. And, when you come to earth again, you'll find yourself seeing the human mind and its most prized creations with new eyes." —Nicholas Humphrey, New School for Social Research

"This elegant, original, and lucid book is beguiling testimony to its own thesis: a fitting new feather in our cultural cap." —Helena Cronin, London School of Economics

"Miller is the real thing, and his wonderfully readable book should be read by everyone with a taste for serious ideas."

"A refined, an intellectually ingenious, and a very civilized discussion of the possible importance of sexual selection for mental evolution."

"Flies in the face of evolutionary orthodoxy—proposed by Stephen Jay Gould and others—which suggests that culture evolves on its own, separate from the evolution of the human

"Witty, well-argued. . . . Ultimately, Miller is arguing for a commonsense view of the evolution of human nature."

"Anyone who thinks evolutionary theory is stuffy should pick up
The Mating Mind.
Geoffrey Miller sets our usual assumptions about human intelligence—that natural selection alone is responsible—on its head."

—Meredith Small, author of
What's Love Got to Do with It?

"Written with grace and wit while conveying a new and world-changing scientific theory . . . Miller's prose is as fluent, clever and epigrammatic as a good novelist's. At the very least what he has done is to find a place for beauty, waste and extravagance in

"Consistently penetrating and ingenious . . . mixing outstanding sober exposition of the mechanisms of sexual selection with speculations about its role in our capacities for morality, language, and

creativity that range from deep to wild."
—Financial Times 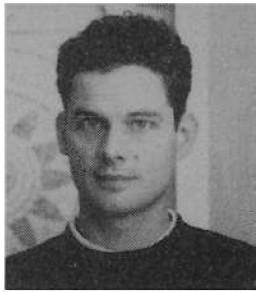 Geoffrey Miller is an evolutionary psychologist at the London School of Economics and at UCLA, where he teaches animal communication and marketing. Born in 1965 in Cincinnati, he studied at Columbia University and received a Ph.D. in cognitive psychology from Stanford University. After moving to Europe, he worked at the Universities of Sussex and Nottingham, at the Max Planck Institute in Munich, and at University College London. He lives with his family in Surrey, England and Los Angeles.

the Evolution of Human Nature

4 A Mind Fit for Mating

6 Courtship in the Pleistocene

11 The Wit to Woo Epilogue

Central Park divides two of Manhattan's greatest treasure collections. On the West Side stands the American Museum of Natural History, with its dinosaur fossils, stuffed African elephants, dioramas of apes, and displays of ancient human remains. On the East Side stands the Metropolitan Museum of Art, with its Rembrandt self-portraits, peacock-shaped sitar, gold rapiers, Roman temple, Etruscan mirrors, and Jacques Louis David's
Death of Socrates.

These works symbolize our unique human capacities for art, music, sports, religion, self-consciousness, and moral virtue, and they have troubled me ever since my student days studying biology at Columbia University. It was easy enough for me to take a taxi along the West Seventy-ninth Street transverse (the natural history museum) to East Eighty-first Street (the Met). It was not so easy for our ancestors to cross over from the pre-human world of natural history to the world of human culture. How did they transform themselves from apes to New Yorkers? Their evolutionary path seems obscure.

Yet we know there must have been a path. The human mind evolved somehow. The question scientists have asked for over a century is: How? Most people equate evolution with "survival of the fittest," and indeed most theories about the mind's evolution have tried to find survival advantages for everything that makes humans unique. To extend the metaphor, one kind of theory suggests our problem was not following the transverse to a collection of decorative arts, but traveling a

different route to some useful inventions. Perhaps the human mind evolved for military prowess, symbolized by the Sea-Air-

Space Museum on the aircraft carrier
USS Intrepid,
docked at Pier 86. Or perhaps our minds evolved for reciprocal

and Wall Street, or through a thirst for pure knowledge, as housed in the New York Public Library. The survival advantages of better technology, trade, and knowledge seem obvious, so many believe the mind's evolution must have been

Ever since the Darwinian revolution, this survivalist view has seemed the only scientifically respectable possibility. Yet it remains

unsatisfying. It leaves too many riddles unexplained. Human

language evolved to be much more elaborate than necessary for basic survival functions. From a pragmatic biological viewpoint,

art and music seem like pointless wastes of energy. Human morality and humor seem irrelevant to the business of finding food and avoiding predators. Moreover, if human intelligence and creativity were so useful, it is puzzling that other apes did not evolve them.

natural history to our capacities for invention, commerce, and knowledge, it cannot account for the more ornamental and

comedy, and political ideals. At this point the survivalist theories usually point out that along the transverse lies the Central Park

cake arose through a general human ability to learn new things. Perhaps our big brains, evolved for technophilic survivalism, can

be co-opted for the arts. However, this side-effect view is equally

unsatisfying. Temperamentally, it reflects nothing more than a Wall Street trader's contempt for leisure. Biologically, it predicts

that other big-brained species like elephants and dolphins should have invented their own versions of the human arts. Psychologically, it fails to explain why it is so much harder for us to learn mathematics than music, surgery than sports, and rational science than religious myth.

I think we can do better. We do not have to pretend that everything interesting and enjoyable about human behavior is a side-effect of some utilitarian survival ability or general learning capacity. I take my inspiration not from the Central Park Learning Center on the north side of the transverse but from the Ramble on the south side. The Ramble is a 37-acre woodland hosting 250 species of birds. Every spring, they sing to attract sexual partners. Their intricate songs evolved for courtship. Could some of our puzzling human abilities have evolved for the same function?

A Mind for Courtship

This book proposes that our minds evolved not just as survival machines, but as courtship machines. Every one of our ancestors managed not just to live for a while, but to convince at least one sexual partner to have enough sex to produce offspring. Those proto-humans that did not attract sexual interest did not become our ancestors, no matter how good they were at surviving. Darwin realized this, and argued that evolution is driven not just by natural selection for survival, but by an equally important process that he called
sexual selection through mate choice.
Following his insight, I shall argue that the most distinctive aspects of our minds evolved largely through the sexual choices our ancestors made.

Wrangler by Dani Wyatt
The Palace of Impossible Dreams by Jennifer Fallon
Birds of the Nile by N E. David
Cameo by Tanille Edwards
Willow Run by Patricia Reilly Giff
In The Name of The Father by A. J. Quinnell
Counseling Through Your Bible Handbook by June Hunt
A Kind of Grace by Jackie Joyner-Kersee
Kill Process by William Hertling
Time Skip by Craig L. Seymour