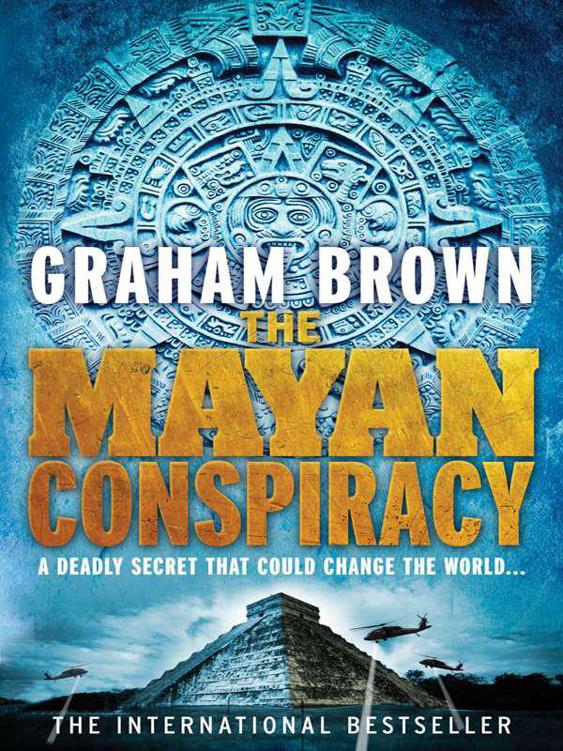 Former CIA-agent Hawker has been black flagged by his own government, and Interpol and the State department have issued a warrant for his arrest. All Hawker wants to do is find a way back home that doesn’t involve a prison sentence or a body bag.

Government operative Danielle Laidlaw is his way out. She needs a pilot and a security consultant for her mission to discover the lost Mayan city of Tulan Zuyu. In return for his services, she promises Hawker his life back.

Graham Brown grew up in the United States, but travelled often to the UK to visit with grandparents in London and Sussex. He went to college in deserts of the western US out in Arizona, learning to fly small planes in the process. Later, he attended Law School and, after several years practicing law, decided he hadn’t tried enough different careers yet and sat down determined to become a writer.

A huge fan of Michael Crichton, Stephen King and shows like
The X-Files
and
Lost
, Graham’s first novel
The Mayan Conspiracy
is a adventure thriller, infused with suspense and mystery and combining the quest for cold fusion with ancient Mayan legends from the writings of the Popul Vuh.

If 2012 is the end,
The Mayan Conspiracy
, is the beginning.

Graham currently lives in Arizona where he’s at work on his third novel and a group of short stories. When he’s not writing, he’s either skiing (in the winter), riding a motorcycle (in the summer) or pretending he knows how to golf every chance he gets. Which is never often enough. He’s also planning a trip to England that will have to include good seats for his father at a Chelsea football match, to keep a promise he made years ago. 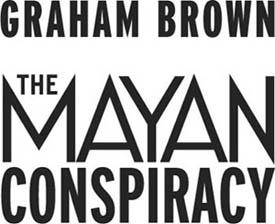 And then came the torrent; a rain of black resin that poured from the sky. Rain through the day and all through the night and the earth was blackened beneath it.

—
The demise of the wooden people, from the Mayan text
Popul Vuh
PROLOGUE:
THE RAINFOREST

THE DARKNESS OF
the jungle loomed above, its dense, tangled layers spreading like a circus tent from the towering pillars of massive trees. Gorged on the rain, it grew impenetrable and unyielding, a home to thousands of species, most of which never left the confines of its elevated embrace. Life was lived up there, high in the canopy; the ground was for shadows and crawling things and for that which had died.

Jack Dixon allowed his gaze to fall from the lush world above him to the soil beneath his feet. He crouched, examining a set of tracks. The tread of the heavy boots was easy to discern, but subtly different from those he’d found earlier. These were deeper at the toe, pressed down into the earth and spaced farther apart.

So the targets were running now. But why?

He looked around, wondering if he’d come up too quickly and given himself away. It seemed unlikely. Knotted undergrowth blocked most of the sight lines, and where one could see, the vaporous fog grayed the distance to infinity. It was as if nothing else existed, no world beyond, only endless trees, clinging moss and
vines hanging limp in the mist like ropes from an empty gallows.

Besides, if they had seen him, he’d already be dead
.

Dixon motioned to a man trailing him. He pointed to the tracks. “Something spooked them,” he said.

The second man, whose name was McCrea, studied the print for a second. “But not us.”

As cicadas buzzed in the distance, a subtle tic fluttered across McCrea’s face. But nothing more was said and the two men moved on, holding their assault rifles in front of them and creeping even more slowly than before.

A few minutes later they came upon what Dixon had begun to expect. Another kill. A fresh kill with no stench, though the birds had found it already. As Dixon brushed past the last of the blocking undergrowth, the carrion flock scattered in alarm, flapping to safety in the trees.

Exposed by their departure was the mangled body of a man in the same jungle fatigues as Dixon and McCrea. He lay facedown on a swath of crimson mud with a native spear broken off in his back. Chunks of flesh had been gouged from his legs, and his right arm and shoulder were gone, not cut clean but torn away, leaving only tattered strips of flesh and sinew draped over bloody spits of protruding bone.

“What the hell,” McCrea said, turning at the sight.

Dixon stared, disturbed but pragmatic. He addressed the dead man. “That’s what you get for trying to leave me behind.”

Beside him McCrea fought to hold it together. “The bastards did a number on him.”

The bastards
were a native group known as the Chollokwan, a tribe that had been harassing them ever since they came west of the river. In a pair of skirmishes weeks before, Dixon and his men had gunned down a handful of the charging natives. But it seemed one lesson was not enough.

“Saved us the trouble,” Dixon said. “Now search him.”

McCrea dropped to the ground and rifled through the man’s pockets. Finding nothing, he pulled out a small device and switched it on. It began clicking slowly, accelerating into a rapid buzz as he zeroed in on the right spot.

“I told you he had them,” Dixon said.

McCrea put the Geiger counter away and dug into the man’s pack. He froze in place as a shrill cry rang out from the depths of the jungle.

Silence followed in its wake.

Dixon glared at McCrea. “It’s a long way off,” he growled. “Now just find the damn stones and we’ll get out of here.”

Under the weight of Dixon’s gaze, McCrea went back to work, soon plucking a greasy rag from the litter. Unfolded, it revealed a group of small stones, slightly larger than sugar cubes but twelve-sided and shimmering with a dull metallic gloss. Beside them lay a scratched, colorless crystal.

Dixon eyed the stones, the crystal and then the tortured face of his former charge. “Thief,” he said finally: a last pronouncement on the dead man, an epitaph for a traitor who would never see a proper grave.

McCrea rewrapped the bundle and Dixon took it.

“His papers too,” Dixon said.

As Dixon took the ID packet, the shrill cry sounded in the distance once again. And this time a second call answered it, louder than the first, closer; a wailing screech that seemed to bypass the ears and pierce the brain directly.

Dixon did not reply, but silently he agreed. They’d heard that call before, back at the temple, just before everything went to hell. He was not happy to be in its presence once again.

He shoved the stone-filled rag into a pocket and tightened his grip on the rifle, the veins on his massive forearms bulging. His eyes darted around as he strove to see through the mist and the trees and the same blocked sight lines that had hidden his own approach.

His thoughts turned to his dead former comrade. This was not good ground to be stalked upon.