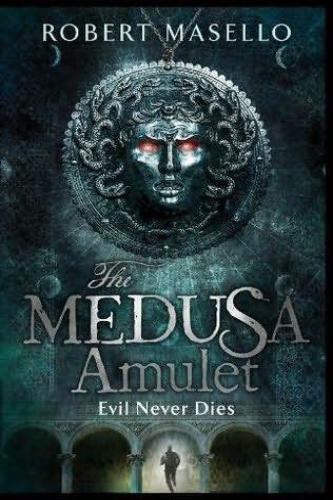 A Friend in the Business

Raising Hell: A Concise History of the Black Arts

Fallen Angels … and Spirits of the Dark 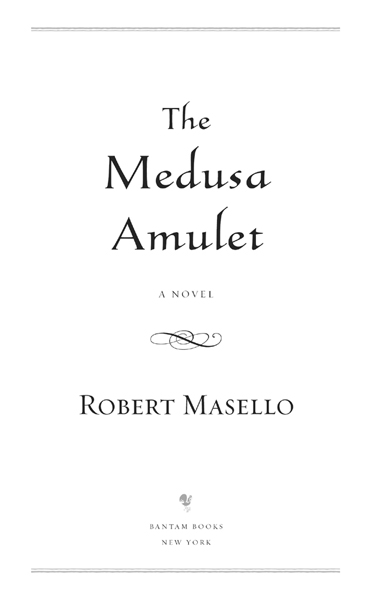 The Medusa Amulet
is a work of fiction. Names, characters, places, and incidents either are the product of the author’s imagination or are used fictitiously.

Any resemblance to actual persons, living or dead, events, or locales is entirely coincidental.

In memory of my parents,
Tom and Sonia

To venture into the Colosseum at night is not for the faint of heart, and in following the lead, and the lantern, of Dr. Strozzi, I wondered if I had not cast my fortune unwisely. Although the old man was learned, I could not help but see his hand shaking as we came near to the great and ancient stadium itself.

Long abandoned, and in much need of repair, it was surrounded by pens and stables and fenced yards, which had once held the lions and crocodiles, bulls and tigers, elephants and leopards, that had been imported from all corners of the Empire and then pitted against each other in the arena. Thousands of them, it has been said, were slaughtered in a single day’s entertainment.

Men, too, of course. As Dr. Strozzi carried the lantern past the barracks of the Ludus Magnus, where the gladiators had trained, I could still detect the scent of sweat and leather and iron.

But like all young men of talent and industry, I did not allow fear or superstition to bar my way. On my back, I carried the burlap sack containing the necessary ingredients for the unholy work that lay
ahead. In preparation for that night, Dr. Strozzi, a man whose skills in necromancy were famous from Palermo to Madrid, wore the robes of a dead Franciscan friar, and I wore the clothes of a murderer, hanged at a crossroads on the outskirts of the city.

“To call upon the dead,” Dr. Strozzi had informed me, “it is necessary to become
simpatico
in every way. We must take on the odor of decay.” For that purpose, we had not bathed for a period of nine days and had eaten no salt, as that was a preservative. Our meat was dog, the companion of Hecate, goddess of the dark moon. Nor had we engaged in any carnal intercourse. As I said to Strozzi in answer to his many warnings on that matter, “Who would have me in such fashion as this?”

In further deference to the spirits that we hoped to summon that night, we entered the Colosseum through the Emperor’s Gate. The bronze clamps that had held the marble in place had long since been stolen, and the marble itself had been plundered for its quicklime. As an artisan, I mourned the loss of such skilled work. The world, as I have often remarked, is overrun with barbarians.

With rain coming soon, we did not hesitate once inside. Under the gaze of the ancient gods, whose broken statues stared down at us from every column, we descended into the
hypogeum
—the labyrinth of tunnels and ramps and stairs that had once been concealed by the dirt and sand of the arena floor. Now, the maze lay exposed, and at its very center, we found a holding cell where part of the roof still afforded some protection from the gathering storm. Rusted manacles hung from the walls, and a flogging post provided me a hook on which to hang the sack.

Moving always in a left-handed direction, as that is the direction of all things occult, the aged sorcerer made a circle of chalk in the dirt, marking it with the symbols of Earth, Air, Fire, and Water. This would keep the demons and spirits at bay. As he did so, I prepared the fire from the kindling in the bag. Once Dr. Strozzi was done, he directed me to feed the flames with the herbs we had also brought. Myrtle, sage, asafetida. The wood had been soaked in tar, and between
that and the stench of the herbs, I thought my senses might give way at any moment. My eyes wept, my nostrils burned, and more than once sparks from the fire threatened to burn the filthy tunic I wore. I would not have mourned its loss.

But even as the doctor made his incantations, and raindrops began to splatter the stones around us, I lowered my head and made my own invocation. Despite his reputation, the doctor, I feared, would not succeed. His motives were impure. He sought out the dead only to ask them where great treasures might lie hidden in the earth, while I sought them out in order to fathom the depths of genius, and thereby procure my own immortality. And so it was that as the night wore on, and the doctor’s supplications yielded no result, my own did … in the form of a pale figure, flickering like a wax taper, just beyond the limits of our circle.

Dr. Strozzi, upon seeing it himself, fainted dead away, but my resolve was only strengthened. This figure, with its long nose and pointed chin and sharp eyes, was the very spirit I had wished to summon. It was the shade of the greatest poet the world had ever known, a fellow Florentine by birth (though he had denied it by character), Dante Alighieri.