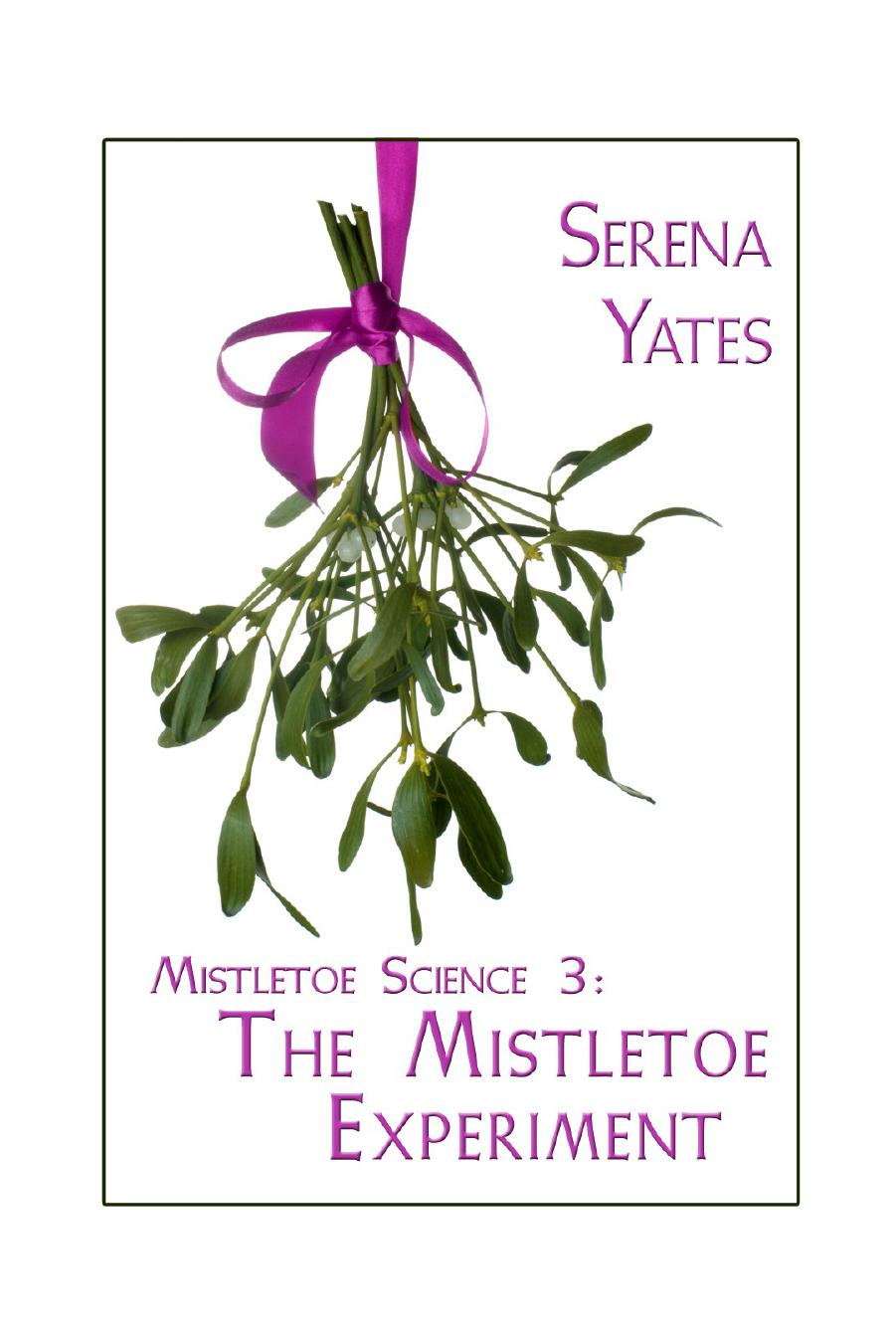 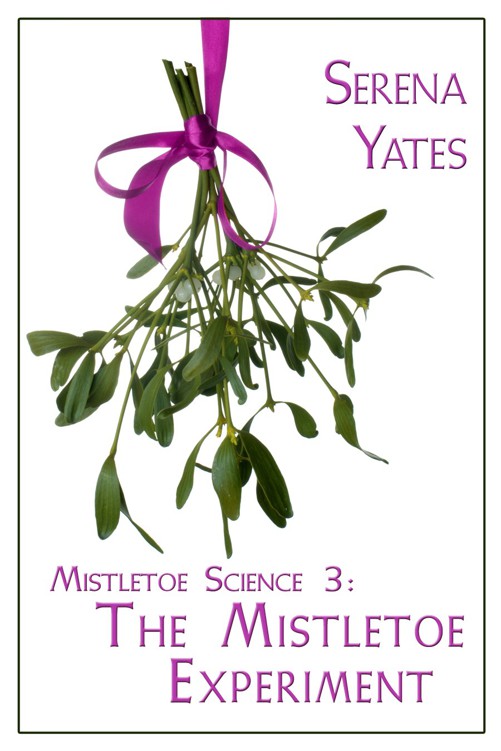 Lance"s ear for him to feel his lover"s hot breath on his skin.

“Hm? What?” Lance opened one eye, only to quickly

close it against the much too bright sunlight streaming

He"d had the most amazing dream about Magnus

proposing to him in a mistletoe-covered gazebo in his

parents" garden in Stockholm, Sweden. The lovemaking that

had followed the proposal had been wild enough to make

him howl when he came. He blushed. His exuberance as

such was really no surprise, but that it had happened

outside, under the Swedish midnight sun, had made him feel

somewhat embarrassed. Even now it felt like a dream. Stuff

He snuggled back into his seat, not ready to wake up to

find himself stuck back in the somewhat conservative town

of Mistletoe, Wyoming. Magnus had a good job there,

working as a Park Ranger and the resident glaciologist in the

Grand Teton National Park. But their social life and

Sweden had been so much nicer, nobody staring at

them when they were holding hands in public. Wait.

Snuggled into his
seat
? The droning noise of an engine made

him sit up. He opened both eyes this time, forcing them to

stay open, so he could take in his surroundings.

Shit
, he really wasn"t in his bed at home. He was on a

small plane, in the middle seat. Jakob was on his left, the

white teeth in a face tanned by the summer sun. His silver-

blue eyes sparkled with mischief. “Are you with us now?”

“It wasn"t a dream?” Lance slid his hand into his lover"s,

the Swedish version of
sweetheart
making him instantly hot

and all emotional at the same time.

“Sweden? The proposal and the—uhm, things we did

afterwards?” Lance blushed despite the fact that he"d spoken

low enough for no one to overhear him.

“No, it wasn"t a dream.” Magnus laughed and squeezed

his hand. “Unless I had the same dream, that"s what

happened on Midsummer Eve, just over a week ago.”

“Wow, I can"t believe we"re engaged. Having you and

Jakob as my family makes me happier than I ever thought

possible. It almost feels like it"s too good to be true, you

know what I mean?” Lance"s heart jumped with happiness.

“We are most definitely engaged.” Magnus pointed at

resided. He lifted his own left hand, still tightly held by

Lance, to show that there was a matching ring. “It feels right,

“It does. More than I can say.” Lance smiled, feeling

warm and fuzzy all over. “I"m so glad it wasn"t a dream.”

He thought back to everything that had happened in

Sweden. The initial rebuff by Magnus"s parents, and their

woman to start a new generation of their family had been

bad enough. But the worst part of it had been that Magnus

hadn"t understood why their cold reception had caused

Lance"s insecurities to resurface. The attack on their

relationship, coupled with being in a foreign country, had

made him feel very unsettled. The proposal Magnus had

made after thoroughly rebuffing Sigrid and setting his

parents straight on their relationship had ensured that

“And you"re still okay with moving to Sweden, like we

talked about?” Magnus smiled. “We don"t have to, you

“Oh, but I think we should. People were so much more

open and accepting of our relationship there than they are in

Mistletoe. And it will be great for Jakob to be close to his

grandparents and to grow up speaking two languages.”

Lance smiled back at his fiancé, happier than he"d ever been.

“What about you, though? It"ll be a big change.” Magnus

still looked a little worried, even though they"d talked about

“Yeah, but a good one.” He shrugged. “I"m really looking

forward to it. I"ve lived in Mistletoe practically all my life, and

I"m ready for a change.”

“In that case, we"ll figure out the organizational details

as soon as we can.” Magnus entwined their fingers and

leaned back in the small plane"s seat.

Lance listened to the steward"s announcement about

stowing their tables and wearing their seatbelts, just waiting

for their imminent landing. He started thinking about all the

a quick mental to-do list. There was a visa for him to apply

for, a house for them to find, Jakob"s schooling to organize,

the move itself to set in motion. He knew he was going to be

the end of the year.

Lance realize how tired the long flights and the time change

had made him. It was only early afternoon here, but he

hadn"t slept much during their eighteen-hour trip, and his

body was ready to sleep now. Getting Jakob settled back in

and unpacking while Magnus aired out the house and went

through their mail would have to be enough of a distraction

to keep him going.

Lance was just starting to unpack their second bag

when he heard Magnus"s voice coming from their study-

playroom across the hall.

Lance rushed over to see his fiancé holding an official

looking envelope in his hands, staring at the letter he"d

extracted from it. From his worried facial expression, it was

clear that this piece of paper didn"t contain good news.

“What is it?” Lance stepped closer to try to read the

“It"s the court summons we"ve been waiting for.” Magnus

dropped the hand holding the letter and took a deep breath.

“We knew it was coming, but it still got to me, seeing it like

that amongst our mail just now.”

“We"ve got to tell Jakob.” Lance didn"t look forward to

that. “I assume he"s being asked to testify?”

“Yeah, it looks like they want him to tell his own story of

the kidnapping.” Magnus rubbed his face with his free hand.

“I mean, it sort of makes sense to have the victim there, and

and Nancy were when they tried to take him away from me.

But, shit, it"ll bring the trauma from last December back to

him, now that he"s just barely managed to get over it.”

mother"s brother and his wife, had been a piece of work.

Even though Magnus"s brother, Mikkel, and his wife, Irene,

had named Magnus as Jakob"s guardian in their will, the

Tabbarts had not only fought Magnus over custody, but had

come after him to Mistletoe to take matters into their own

hands. They didn"t believe a gay man should be raising

children. They"d complained to the local sheriff, but the man

had sided with Magnus, since he was legally in charge, and

Jakob away from him.

Seeing their efforts thwarted, Brian and Nancy had

kidnapped Jakob, attempting to take him back with them to

Florida. They"d been caught with the help of the police and

the FBI, but the whole episode had left all of them severely

Now it was all going to be unearthed again, the old

emotions and fears certain to have a negative impact on their

little family. He could only hope that they were all strong

enough to deal with it. Those bigoted criminals couldn"t be

convicted and sent to prison fast enough for his liking.

MAGNUS sat on the wooden bench in the Cheyenne District

Court"s corridor, hoping that his nervousness about their

testimony at the trial didn"t show. Jakob was tense enough

without Magnus adding to his discomfort. The boy"s little

hand held onto his larger one, but it was cold and clammy.

people about the kidnapping, but he"d eventually understood

that it would help make sure his tormentors went to prison.

Magnus sighed. He was such a brave kid.

Lance sat on Jakob"s other side, and Magnus relaxed a

little at the sight of his beautiful fiancé. Sometimes Magnus

still felt the butterflies from proposing to him after the most

memorable solstice celebration ever. His own stupidity had

almost cost him the man he loved, but Lance was a forgiving

soul. The man made him happier than he"d ever been, and

not just because he was gorgeous, with his dark hair and

Latino looks. His giving nature and the way he"d made an

immediate connection with Jakob had a lot to do with the

deep love Magnus felt for him. He couldn"t imagine ever

“We"ll be fine.” Lance smiled at them both, and squeezed

Jakob"s other hand. “The judge isn"t going to let anyone

“I know.” Jakob"s voice was low, and the boy didn"t look

up. “But Uncle Brian and Aunt Nancy are still going to be

there, and I don"t want to see them again.”

“You know they have to be there, even if you don"t like

it, right?” Magnus was ready to ask for special treatment,

though, if that was needed to protect Jakob. “It"s why we

made sure that I go first, so that I"ll be in the courtroom by

the time you come in. The court officials will also watch them

“Why can"t Lance be there with us too?” Jakob looked

up, his blue eyes bright with unshed tears.

“Because a witness can"t stay in the courtroom until

after they tell their story. People might get confused by what

they hear other people say, and the judge wants to make