Read The Moral Animal: Why We Are, the Way We Are: The New Science of Evolutionary Psychology Online

The Moral Animal: Why We Are, the Way We Are: The New Science of Evolutionary Psychology

BOOK: The Moral Animal: Why We Are, the Way We Are: The New Science of Evolutionary Psychology
>>DOWNLOAD HERE >>READ ONLINE NOW
ads 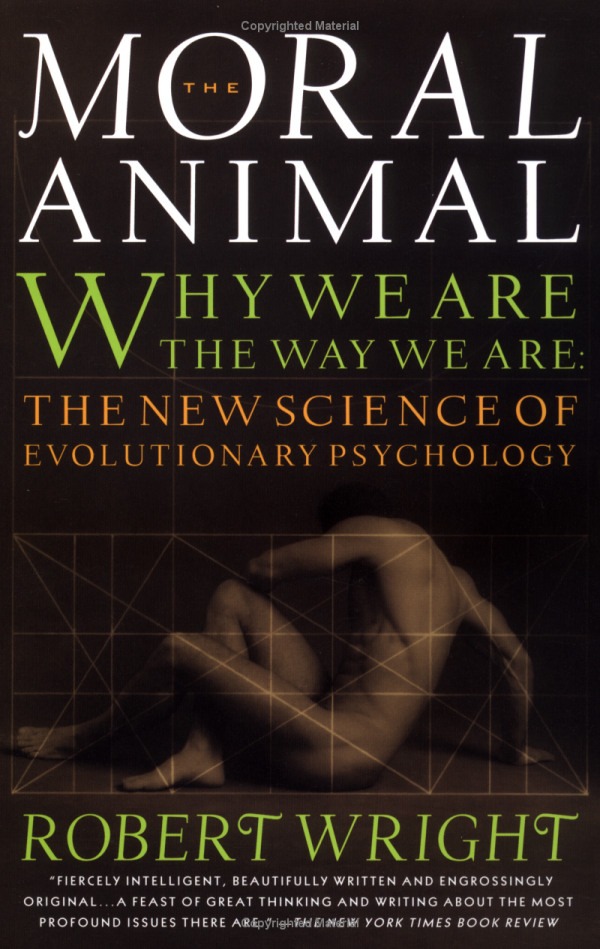 The Moral Animal
Whe We Are The Way We Are:
The New Science of Evolutionary Psychology

"A brilliant and troubling attempt to look into who we really are... . Wright's book constantly goads the reader to introspection, to fresh perspectives about one's choices and place in society. ... A subtle and stimulating interpretation that deserves wide debate."

Is monogamy natural for men? For women? Where does sibling rivalry come from? Why do parents favor some children over others? What evolutionary advantages might come from having low self-esteem? What are — the biological roots of self-deception? These are among the questions that have made
The Moral Animal
one of the most provocative science books in recent years, as well as one of the most genuinely important.

As he presents the latest findings in the emerging field of evolutionary psychology — which views human behavior in light of Darwinian theory — Robert Wright unveils the unconscious strategies that shape our romantic choices, familial feelings, friendships, and office politics. And on a deeper level, this book compels us to rethink our most basic moral assumptions, with lasting implications for our public policy as well as for our intimate daily actions.

"This clever and stimulating book is destined to become a classic. ... Like Charles Darwin's
On the Origin of Species
and Richard Dawkins's
The Selfish Gene
, it could well change the way people think and feel about their lives — perhaps even how they behave.... The book is packed with insight into many current dilemmas. It is, into the bargain, an intellectual entertainment argued with wit and style."

"A feast of great thinking and writing about the most profound issues there are, and a treat for any thinking person... . Lucidly explains our understanding of the evolution of human moral sentiments and draws out provocative implications for sexual, family, office and societal politics... . Mr. Wright writes with a consistent, irreverent wit that does not hide a heartfelt seriousness of purpose."

"The new field of evolutionary psychology — which seeks to explain human behavior, thought and emotions in terms of Darwinian evolution — finds its most articulate exponent in Robert Wright. In attempting to unravel the evolutionary logic behind friendship, romance, xenophobia, racism, sibling rivalry, and so forth, Wright leavens his presentation with wit and humor, interlacing a biographical profile of Charles Darwin, whose marriage, sex life, personal tragedies and travels in turns are thrust in a neo-Darwinian light... . The most sophisticated in-depth exploration to date of the new Darwinian thinking."

"An engrossing guide, written with wit and an eye to inducting the ignorant into evolutionary psychology."

Introduction: DARWIN AND US

The Origin of Species
contains almost no mention of the human species. The threats the book posed — to the biblical account of our creation, to the comforting belief that we are more than mere animals — were clear enough; Charles Darwin had nothing to gain by amplifying them. Near the end of the final chapter he simply suggested that, through the study of evolution, "light will be thrown on the origin of man and his history." And, in the same paragraph, he ventured that "in the distant future" the study of psychology "will be based on a new foundation."

Distant was right. In 1960, 101 years after the
Origin
appeared, the historian John C. Greene observed, "With respect to the origin of man's distinctively human attributes, Darwin would be disappointed to find matters little advanced beyond his own speculations in
The Descent of Man
. He would be discouraged to hear J. S. Wciner of the Anthropology Laboratory at Oxford University describe this subject as 'one large baffling topic on which our evolutionary insight remains meagre.' ... In the current emphasis on man's uniqueness as a culture-transmitting animal Darwin might sense a tendency to return to the pre-evolutionary idea of an absolute distinction between man and other animals."

A few years after Greene spoke, a revolution started. Between 1963 and 1974, four biologists — William Hamilton, George Williams, Robert Trivers, and John Maynard Smith — laid down a series of ideas that, taken together, refine and extend the theory of natural selection. These ideas have radically deepened the insight of evolutionary biologists into the social behavior of animals, including us.

At first, the relevance of the new ideas to our species was hazy. Biologists spoke confidently about the mathematics of self-sacrifice among ants, about the hidden logic of courtship among birds; but about human behavior they spoke conjecturally, if at all. Even the two epoch-marking books that synthesized and publicized the new ideas — E. O. Wilson's
Sociobiology
(1975) and Richard Dawkins's
The Selfish Gene
(1976) — said relatively little about humans. Dawkins steered almost entirely clear of the subject, and Wilson confined his discussion of our species to a final, slender, admittedly speculative chapter — 28 pages out of 575.

Since the mid-1970s, the human angle has gotten much clearer. A small but growing group of scholars has taken what Wilson called "the new synthesis" and carried it into the social sciences with the aim of overhauling them. These scholars have applied the new, improved Darwinian theory to the human species, and then tested their applications with freshly gathered data. And along with their inevitable failures, they have had great success. Though they still consider themselves an embattled minority (an identity they seem sometimes to secretly enjoy), signs of their rising stature are clear. Venerable journals in anthropology, psychology, and psychiatry are publishing articles by authors who ten years ago were consigned to upstart journals of an expressly Darwinian bent. Slowly but unmistakably, a new worldview is emerging.