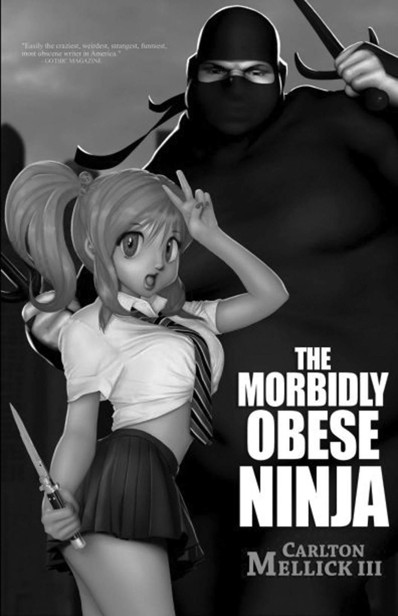 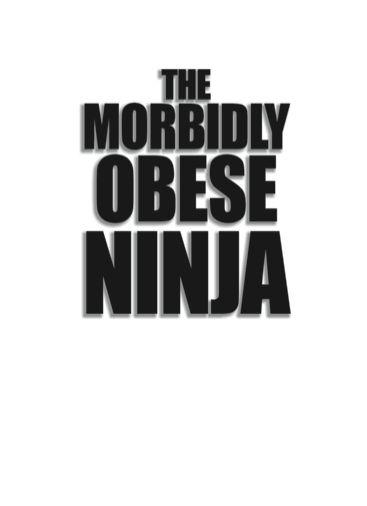 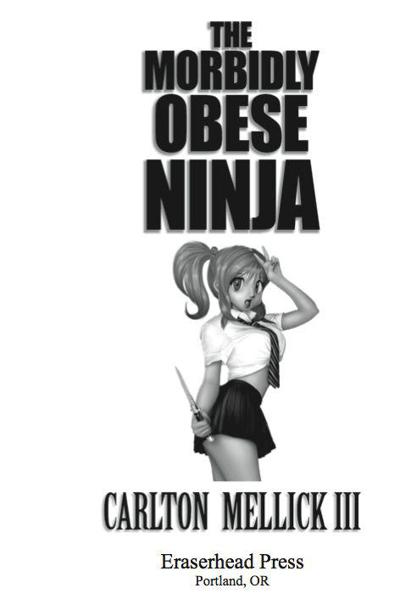 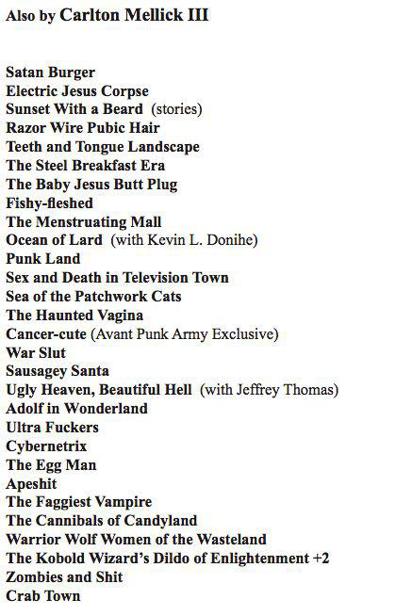 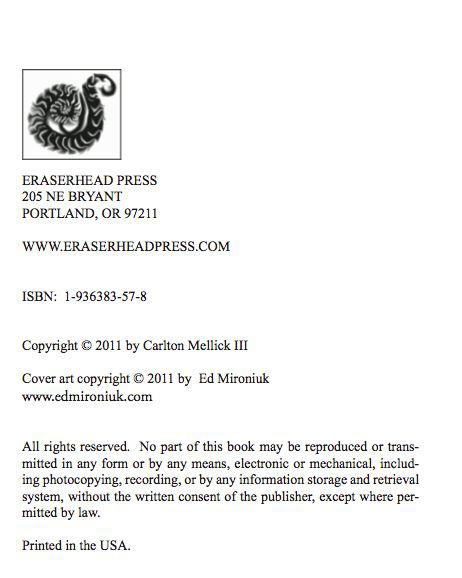 So I’ve become a big anime nerd lately. Don’t ask me how it happened. I think it started with the Samurai 7 anime, which I only watched because I’ll watch anything Seven Samurai related. I was never into anime when I was younger, outside of a short period in high school when the novelty of cartoon sex was still appealing. But I watch anime all the time now. There’s something about the plotting in anime that’s really unique to that medium. You just don’t see writing like it in American television, books, or movies. Unfortunately, the big drawback of becoming an anime nerd is that I have developed a fondness for J-pop and cute fluffy talking pink things. It’s kind of creepy.

I wrote
Morbidly Obese Ninja
a few years ago, about the same time I wrote
Cybernetrix
. It was during a time when I was particularly obsessed with anime and thought it would be interesting to write a book set within an anime-like reality. So that’s what I set out to do. This book was an experiment in creating anime in prose form. I won’t be returning to the world of Morbidly Obese Ninja, but I will likely return to the style at some point in time.

Besides creating an anime novel, the other purpose of this book was to celebrate obesity. I think it’s about time we acknowledge the awesomeness of the morbidly obese. It’s not a medical condition. It’s a super power.

The ninja hadn’t always been morbidly obese. He was once a firm, muscled warrior with the agility of a cat. But something happened to his eating habits that changed him. He started eating triple-triple cheeseburgers, glazed crème-filled donuts by the dozens, meat lovers deep-dish pizzas with garlic butter dipping sauce, goat cheese quesadillas wrapped around meatball sandwiches, chili-cheese tater tots topped with avocado egg rolls and ranch dressing, corndogs, candy bars, sausages, and mayonnaise. He ate everything with mayonnaise.

They called him Basu.

He was like a large black blimp overshadowing the moon as he dove from the sky onto the city of Neo Tokyo, California. His massive belly spilled out of his shinobi shozoku ninja outfit. Folds of fat rippled through the wind as he drew his iKatana from its scabbard and pointed it down at the rooftop of the Kakera Corporation building.

Five ninjas waited for him there. They jumped out from windows and from behind potted plants, swords in hand. They wore business suits beneath their black hoods, the Kakera company logo centered their ties.

Basu landed like a meteor, crushing a twenty-foot crater into the roof of the building. Two of the Kakera ninjas wavered in the impact, giving Basu an opening. His electronic katana left a blue trail of light as it sliced through their heads.

As the blood showered across the rooftop, the other three ninjas leapt into the air and flew at Basu from different directions. Basu deflected two of their attacks, then slammed them with his titanic belly, knocking them backward. His mass of flesh rumbled the building.

The third ninja struck him from behind, but Basu caught the blade between two rolls of fat. The ninja couldn’t pull his sword free. Basu turned his head and glared at him. He shifted his weight, breaking the Kakera’s iKatana in half, and then he split him down the middle. A geyser of blood sprayed into the moonlight.

Basu eyed the remaining two ninjas. He flipped through function modes on his iKatana, rolling the mouse ball on the handle with his thumb and right-clicking to get into information extraction mode.

The ninjas nodded at each other and then attacked. As Basu defended their strikes, his iKatana hacked into the CPUs of their swords, spider-crawling their databanks. The Kakeras attempted to hack Basu’s iKatana as well, but they were unable to get past his iron-tight firewall.

As soon as he had sufficiently hacked each of the ninjas, Basu put all of his weight into a single attack. The Kakeras quickly switched their swords into full shield mode, but it was of no use to them. Even though they blocked his attack, Basu’s blow was so powerful that it knocked them clear across the rooftop. Their bodies smashed into a brick wall. One of them went limp and fell to the ground. The other hit the wall so hard he became embedded in the brick.

Blood streamed out of the Kakera’s broken body as the obese ninja shuffled toward him. The wounded man tapped at a mini-keyboard on his iKatana, trying to relay information back to his boss via email, but before he could click
send
Basu’s blade stabbed him through the heart. The morbidly obese ninja stared into his enemy’s eyes as the life drained from him, and twisted the sword slowly between his ribs.

Before Basu gained all the weight, he was the deadliest corporate ninja in the electronics industry. After his weight went over 700 pounds, he also became the meanest.

Basu viewed the little screen on his iKatana and scrolled through the information he had retrieved from the dead ninjas.

Something wasn’t right. Of the data he had extracted, there was very little information on the Kakera Corporation. Basu figured these security ninjas would at least have security codes and maps of the building, but there was no sign of data. In fact, Basu had more information on Kakera than these employees did.

After decrypting a couple of emails from their sentbox, Basu figured it out. He grunted as he leaned over a dead body and ripped a sleeve from its shoulder, revealing a tattoo of a smiley-faced teardrop. It was the Gomen company logo. These ninjas he had just killed were not employees of the Kakera Corporation. They were Gomen corporate ninjas in disguise.

Basu switched his iKatana to
camera mode
and took a digital photo of the tattoo. Then he went inside.

The top floor of the building was filled with dead bodies. There were twenty, perhaps thirty, dead Kakera ninjas littering the hallway. It was as if they had had their last stand here. Their iKatanas were all fried. The Kakeras probably knew they had no chance of winning and set the CPUs on their swords to
self-destruct mode
before their final battle began. Basu didn’t see any Gomen corpses, so it must have been total annihilation.

Basu shifted his massive weight from side to side. He took three packets of mayonnaise out of a pouch on his uniform and squirted them through his thick crusty lips. As he rolled the white goop on his tongue, he put his iKatana on
phone mode
and called his employer at the Oekai corporate headquarters.

The phone picked up after one ring.

“Moshi moshi,” said a raspy voice on the other end.

“We’ve got a problem,” Basu said. His voice was deep and soft. He didn’t speak very much, so his vocal cords were tender and smooth.

“The Gomen knew about the piggy bank,” said Basu. “They beat me here.”

There was a pause.

“Go after it,” said his employer. There was no emotion to his tone at all. “This is a Class A mission. If you fail to retrieve the piggy bank you will be fired.”

Fired was another word for executed.

Basu grunted into the phone. Then he turned it off.