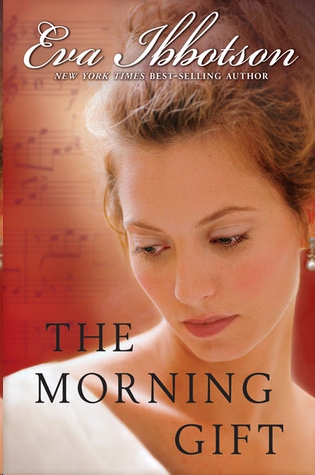 No part of this hook may be used or reproduced in any manner whatsoever without written permission except in the case of brief quotations embodied in critical articles or review's. For information.

Vienna has always been a city of myths. Before the First World War there was the ancient Kaiser, Franz Joseph, who slept on an iron bed, never opened a book, and ritually washed the feet of twelve old gentlemen on Maundy Thursday.

'Is nothing to be spared me?' the Emperor had asked -and indeed not very much was. His wandering, neurotic wife was stabbed to death by a mad anarchist on the shores of Lake Geneva; his son, the Crown Prince Rudolf, shot himself and (after a larger interval than was suitable) his mistress, in the hunting lodge at Mayerling. Tragic events, all, but the very stuff of legend and excellent for the tourist trade.

This was the Vienna from which thirteen nationalities were governed; the city of parades and pageants where the world's most dashing soldiers in blue and white and silver could be seen each night crowding the standing parterre at the opera, for every serving officer had the right to hear music free. The Vienna of the Lippizaners, the city's darlings, stabled in an arcaded palace, who turned the death-dealing movements of war into an equine ballet and were followed by solemn men with golden shovels who scooped their noble droppings from the perfectly raked sand.

The carnage and wretchedness of the Great War brought this era to an end. Yet somehow the city survived the death of Franz Joseph, the abdication of his nephew, Austria's crashing defeat, the loss of her empire. And new myths, now, were assembled for the visitors. Professor Freud, on good days, could be pointed out drinking beer on the terrace of the Cafe Landtmann. Arnold Schonberg, the inventor of atonal music, gave concerts which might not be comprehensible but were obviously important, and while no one knew exactly what logical positivism was, it was understood that the philosophers who were inventing it were bringing acclaim to the city.

Leonie Berger's family had lived in Vienna for a hundred years and her myths were her own.

'Personally I never meet Professor Freud in the Landtmann,' she said to an enquiring visitor. 'All I ever meet in the Landtmann is my Cousin Fritzi with those spoilt children of hers running between the tables.'

Her father, descended from prosperous Moravian wool merchants, owned a big department store in the Mariahilferstrasse, but Leonie Berger had married into the intelligentsia. Kurt Berger was already in his thirties, a lecturer at the university, when he crossed the Stephansplatz and heard, from underneath a multitude of hungry pigeons, the cries of a desperate young girl. Beating back the predatory birds, he discovered a scratched and very pretty blonde who threw herself weeping into his arms.

'I wanted to be like St Francis of Assisi,' wailed Leonie, who had bought six whole packets of corn from the old man who sold pigeon food.

Kurt Berger had not expected to marry, but he married now, and could blame no one but himself when he discovered that Leonie, so to speak, would never proffer one bag of corn where six would do.

As for Leonie, she adored her husband, who in turn became Professor of Vertebrate Zoology, a Director of the Natural History Museum and Adviser to the Government. She orchestrated his day with the precision of a Toscanini, herself handing him his briefcase and silver-handled umbrella as he left at eight, serving lunch within five minutes of his return, stilling the servants to silence while he took his afternoon nap. The amount of starch in his collars, the movements of his intestine, were known to Leonie within millimetres; she guarded him from importunate students and carried his favourite mineral water to their box at the opera in a silver flask. None of which prevented her from also attending to the ailments, birthdays and love affairs of innumerable relatives whom she entertained, visited and succoured, often more than once a day.

The Bergers lived in the Inner City, on the first floor of a massive apartment house built round a courtyard with a chestnut tree. The Professor's aged mother was hived off in two of the twelve rooms; his unmarried sister, Hilda, an anthropologist who specialized in the kinship systems of the Mi-Mi in Bechuanaland, had her own suite. Leonie's Uncle Mishak, a small balding man with a romantic past, lived in the mezzanine. But, of course, they wouldn't have been truly Viennese if they hadn't, on the last day of the university term, departed for the mountains. For the Crownlands of the old Habsburg Empire were left to the Austrians: the Tyrol, Carinthia, Styria… and the rain-washed Salzkammergut where, by a deep green lake called the Grundlsee, the Bergers owned a wooden house.

The preparations for the "simple life" they lived there involved Leonie in weeks of planning. Hampers were brought up from the basement and filled with crockery and china, with feather beds and linen. City suits were laid up in mothballs; dirndls were washed, loden coats and alpen hats brought out of storage and the maids sent on by train.

And there, on a verandah overlooking the water, the Professor continued to write his book on
The Evolution of the Fossil Brain,
Hilda composed her papers for the Anthropological Society and Uncle Mishak fished. In the afternoons, however, pleasure erupted. Accompanied by friends, relatives and students who came to stay, they took excursions in rowing boats to uncomfortable islands or walked ecstatically across flower-filled meadows exclaiming
"Alpenrosen!"
or
"Enzian!"
Since a number of doctors, lawyers, theologians and string quartets also had houses along the lake, some extremely high-powered conversations often grew up between one clump of flowers and the next. Midges bit people, splinters from the bathing huts lodged in their feet, bilberries stained their teeth - and each evening they gathered to watch the sun set behind the snow-capped mountains and shriek
"Wunderbar!"

Then on the last day of August the dirndls were put away, the hampers packed - and everyone returned to Vienna for the first night of the Burg Theatre, the opening of the Opera, and the start of the university term.

It was into this fortunate family that - when the Professor was already approaching his forties and his wife had given up hope of a child - there was born a daughter whom they called Ruth.

Delivered by Vienna's most eminent obstetrician, her arrival brought a posse of
Herr Doktors, Hen Professors,
University Chancellors and Nobel Laureates to admire the baby, poke at her head with scholarly fingers and, quite frequently, quote from Goethe.

In spite of this roll call of the intelligentsia, Leonie sent for her old nurse from the Vorarlberg, who arrived with the wooden cradle that had been in the family for generations, and the baby lay under the chestnut tree in the courtyard, lulled by the sweet and foolish songs about roses and carnations and shepherds that country children drink in with their mother's milk. And at first it seemed that Ruth might turn into just such an Austrian
Wiegenkind.
Her hair, when it grew at last, was the colour of sunlight; her button nose attracted freckles, she had a wide, sweet smile. But no goose girl ever clasped the sides of her cot with such fierce resolution, nor had such enquiring, life-devouring dark brown eyes.

'A milkmaid with the eyes of Nefertiti,' said an eminent Egyptologist who came to dinner.

She adored talking, she needed to know everything; she was an infant fixer convinced she could put the world to rights.

The Professor, a tall grey-bearded and patriarchal figure accustomed to the adulation of his students, nevertheless took her himself through the Natural History Museum where he had his own rooms. At six she was already familiar with the travail and complications that attend the reproductive act.

'Sex is a little bit sad, isn't it?' said Ruth, holding her father's hand, surveying the bottled wind spiders who bit off their partners' heads to make them mate faster. 'And the poor octopus… having to hold on to a female for twenty-four hours to let the eggs go down your tentacles.'