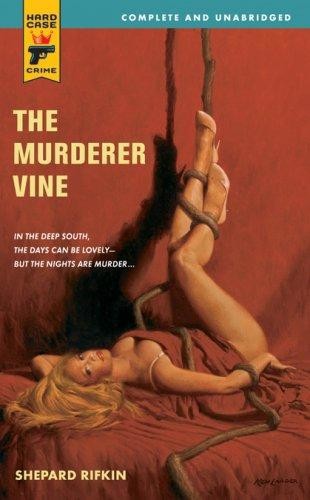 As soon as I walked into the waiting room, I heard a shrill rebel yell. I had just enough time to turn around to see a blonde flash coming fast at me. Then I was struck by two arms and a shower of kisses. Some of Kirby’s hair got loose from the silver barrette she was wearing at the back of her neck, and it fell across my face. She gave me a passionate bear hug. She was a strong woman with good back muscles and she was using every one she had.

I couldn’t afford to be as impetuous as she was. “Take it easy,” I muttered. She paid no attention. She was carried away by the audience.

She gave me a kiss smack on the mouth, a direct frontal kiss that forced my lips against my teeth rather painfully. It was a hard, sex-starved kiss from a passionate lady who hadn’t seen her husband for one long week and who had been telling everyone how much she loved him.

So I kissed her back. It started out as a supporting role for my Academy Award friend, but after two seconds it got out of control. I realized the lady was serious. She was pressing her breasts against me. She was wearing a thin nylon blouse of an apricot color, and a thin nylon bra underneath. I was wearing a thin cotton jacket on top of a thin drip-dry blue shirt, and I could feel her nipples bulging into my chest as hard as cherry candy.

I finally pulled away. The small of her back was soaked with sweat.

I let her take my attaché case and I followed her out to the car. I didn’t like her carrying it. And that shows you how stupid I was. I thought somehow she’d be less involved if she wouldn’t have touched it. As if she wasn’t in it already like someone caught in quicksand...

LUCKY AT CARDS
by Lawrence Block

THE VENGEFUL VIRGIN
by Gil Brewer

THE WOUNDED AND THE SLAIN
by David Goodis

SONGS OF INNOCENCE
by Richard Aleas

A DIET OF TREACLE
by Lawrence Block

With many thanks
to Joseph Barrett and Evelyn Farrell

In the vast jungles of the Amazon Basin the silent war among the plants never stops. They continually strive to penetrate the leaf canopy and attain sunlight — one hundred and fifty feet above the perpetual twilight of the forest floor.

Here there grows a certain vine.

In order to reach the light it so desperately needs, it clings for support to the nearest tree.

Year by year it climbs higher and higher. As it grows, it sends out two armlike tentacles every few feet around the trunk of its host. Thus, securely anchored, it climbs a few more feet. The vine finally reaches the roof of the forest and greedily spreads out its leaves in the sunlight for which it had been searching ever since it sprouted.

But as the host grows, it slowly becomes strangled by the ever-thickening arms of the vine. Eventually, the green-growing layer of the tree is severed.

And when the day comes in which a powerful windstorm arrives, the tree crashes to the earth, bringing the vine with it.

Since the vine can no longer reach the light, it also dies.

In South America, the vine is called

Here we sit in Puerto Lagarto — Port Lizard. It’s on the old Mosquito Coast. Lizard and Mosquito, the two specialties down here. We’re far below Yucatán. Compared to this dump Yucatán is civilization. You put on a fresh shirt and thirty seconds later it’s sopping wet. No paved streets and only one place with ice. That’s the local cantina, La Amargura de Amor. The Bitterness of Love. Narcisco Ramirez owns it. He owns the only refrigerator. He packs it full of beer every morning. I sit in the Bitterness and drink my way from the front to the back of the refrigerator and look at the bay.

I’ve been here two years now. I haven’t seen a single person from outside all that time except you. You’re the first. People paddle down in their canoes from the interior. They bring alligator and boa constrictor skins. Once in a while jaguar. They call it
tigre
here. They sell the skins to Narcisco and go back up the river with salt and cartridges and cans of peaches. No one else visits. No tourists. No ruins to look at, no hotels, no airports. If someone came here by mistake, he wouldn’t like the food or the damp heat or the hammocks or the people. I don’t like them either. But there’s one big advantage living here. They don’t extradite.

Narcisco is also the
jefe de policía.
His cousin Alejandro works up in the capital in the Guardia Nacional, the combination army-police force of the country. Alejandro is a major and he reads and speaks English pretty good. It’s his job to censor all the cables and letters and to interview all the English-speaking travelers who look interesting.

All police business in English goes through him. He also grants the entry permits. You want to visit this country, you see Alejandro. Yes, he’s the man you saw on Calle Bolívar, in that office overlooking the patio filled with bougainvillea and palms.

I made a deal with Alejandro and Narcisco. They each get fifty bucks a month from me. That’s a lot of money down here. They don’t get it directly either. That would give them the idea they could lay their hands on the cash all at once. They’d figure they could persuade me to talk and tell them where the little metal box is with all the gringo pesos. If I’d have it in a local bank it would take a little more time.

I order my bank in Geneva — yes, Father, I have one of those numbered accounts — I order my bank to mail them each a check on the first of the month. And on Christmas they each get a thousand bucks to show how much I like them. If something happens to me — no more checks.

I told them that maybe someday someone might be down here looking for me. Maybe a private citizen, maybe a couple detectives with a State Department request. Maybe there might be a cable making preliminary inquiries. Someone might offer five thousand bucks for information — or ten. “That’s a lot of money,” I told them. “But you each get sixteen hundred a year from me. In ten years that’s sixteen thousand. In fifteen years that’s twenty-four thousand. And so on.”

They looked at me thoughtfully. So now Alejandro watches at the capital and Narcisco, who owns three fishing boats, keeps a very good eye out for me along the coast. He’s sort of my personal Coast Guard.

You ought to see Narcisco when I want to go swimming and there’s sharks around. He also worries about my diet. He won’t let a woman come near me unless she’s been carefully checked out by the doctor. He’s spread word around that anyone who messes around with me will be very, very sorry.

Journals of the Secret Keeper by Jennifer L Ray
The Last Little Blue Envelope by Maureen Johnson
A Flower in the Desert by Walter Satterthwait
Opal Dreaming by Karen Wood
Knight of My Dreams by Lynsay Sands
Chasing Glory by Galbraith, DeeAnna
Fated Hearts by Becky Flade
Say You’re One Of Them by Akpan, Uwem
Knights of the Cross by Tom Harper
Highland Mist by Donna Grant