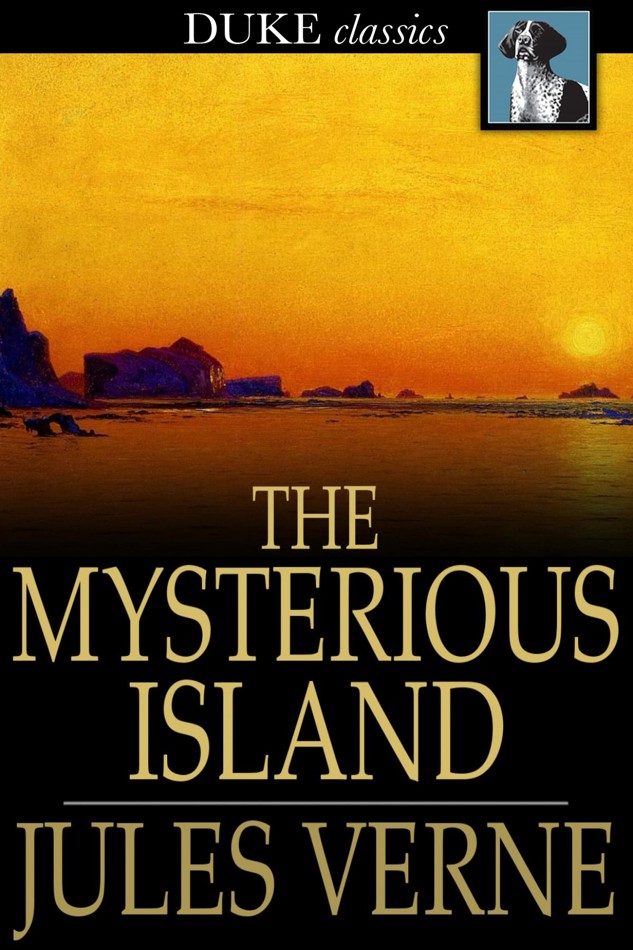 "Are we rising again?" "No. On the contrary." "Are we descending?"
"Worse than that, captain! we are falling!" "For Heaven's sake heave out
the ballast!" "There! the last sack is empty!" "Does the balloon rise?"
"No!" "I hear a noise like the dashing of waves. The sea is below the
car! It cannot be more than 500 feet from us!" "Overboard with every
weight! ... everything!"

Such were the loud and startling words which resounded through the air,
above the vast watery desert of the Pacific, about four o'clock in the
evening of the 23rd of March, 1865.

Few can possibly have forgotten the terrible storm from the northeast,
in the middle of the equinox of that year. The tempest raged without
intermission from the 18th to the 26th of March. Its ravages were
terrible in America, Europe, and Asia, covering a distance of eighteen
hundred miles, and extending obliquely to the equator from the
thirty-fifth north parallel to the fortieth south parallel. Towns were
overthrown, forests uprooted, coasts devastated by the mountains of
water which were precipitated on them, vessels cast on the shore, which
the published accounts numbered by hundreds, whole districts leveled
by waterspouts which destroyed everything they passed over, several
thousand people crushed on land or drowned at sea; such were the traces
of its fury, left by this devastating tempest. It surpassed in disasters
those which so frightfully ravaged Havana and Guadalupe, one on the 25th
of October, 1810, the other on the 26th of July, 1825.

But while so many catastrophes were taking place on land and at sea, a
drama not less exciting was being enacted in the agitated air.

In fact, a balloon, as a ball might be carried on the summit of a
waterspout, had been taken into the circling movement of a column of
air and had traversed space at the rate of ninety miles an hour, turning
round and round as if seized by some aerial maelstrom.

Beneath the lower point of the balloon swung a car, containing five
passengers, scarcely visible in the midst of the thick vapor mingled
with spray which hung over the surface of the ocean.

Whence, it may be asked, had come that plaything of the tempest? From
what part of the world did it rise? It surely could not have started
during the storm. But the storm had raged five days already, and the
first symptoms were manifested on the 18th. It cannot be doubted that
the balloon came from a great distance, for it could not have traveled
less than two thousand miles in twenty-four hours.

At any rate the passengers, destitute of all marks for their guidance,
could not have possessed the means of reckoning the route traversed
since their departure. It was a remarkable fact that, although in the
very midst of the furious tempest, they did not suffer from it. They
were thrown about and whirled round and round without feeling the
rotation in the slightest degree, or being sensible that they were
removed from a horizontal position.

Their eyes could not pierce through the thick mist which had gathered
beneath the car. Dark vapor was all around them. Such was the density
of the atmosphere that they could not be certain whether it was day or
night. No reflection of light, no sound from inhabited land, no roaring
of the ocean could have reached them, through the obscurity, while
suspended in those elevated zones. Their rapid descent alone had
informed them of the dangers which they ran from the waves. However,
the balloon, lightened of heavy articles, such as ammunition, arms, and
provisions, had risen into the higher layers of the atmosphere, to a
height of 4,500 feet. The voyagers, after having discovered that the sea
extended beneath them, and thinking the dangers above less dreadful than
those below, did not hesitate to throw overboard even their most useful
articles, while they endeavored to lose no more of that fluid, the life
of their enterprise, which sustained them above the abyss.

The night passed in the midst of alarms which would have been death to
less energetic souls. Again the day appeared and with it the tempest
began to moderate. From the beginning of that day, the 24th of March,
it showed symptoms of abating. At dawn, some of the lighter clouds had
risen into the more lofty regions of the air. In a few hours the wind
had changed from a hurricane to a fresh breeze, that is to say, the rate
of the transit of the atmospheric layers was diminished by half. It
was still what sailors call "a close-reefed topsail breeze," but the
commotion in the elements had none the less considerably diminished.

Towards eleven o'clock, the lower region of the air was sensibly
clearer. The atmosphere threw off that chilly dampness which is felt
after the passage of a great meteor. The storm did not seem to have gone
farther to the west. It appeared to have exhausted itself. Could it have
passed away in electric sheets, as is sometimes the case with regard to
the typhoons of the Indian Ocean?

But at the same time, it was also evident that the balloon was again
slowly descending with a regular movement. It appeared as if it were,
little by little, collapsing, and that its case was lengthening and
extending, passing from a spherical to an oval form. Towards midday the
balloon was hovering above the sea at a height of only 2,000 feet. It
contained 50,000 cubic feet of gas, and, thanks to its capacity, it
could maintain itself a long time in the air, although it should reach a
great altitude or might be thrown into a horizontal position.

Perceiving their danger, the passengers cast away the last articles
which still weighed down the car, the few provisions they had kept,
everything, even to their pocket-knives, and one of them, having hoisted
himself on to the circles which united the cords of the net, tried to
secure more firmly the lower point of the balloon.

It was, however, evident to the voyagers that the gas was failing, and
that the balloon could no longer be sustained in the higher regions.
They must infallibly perish!

There was not a continent, nor even an island, visible beneath them.
The watery expanse did not present a single speck of land, not a solid
surface upon which their anchor could hold.

It was the open sea, whose waves were still dashing with tremendous
violence! It was the ocean, without any visible limits, even for those
whose gaze, from their commanding position, extended over a radius of
forty miles. The vast liquid plain, lashed without mercy by the storm,
appeared as if covered with herds of furious chargers, whose white and
disheveled crests were streaming in the wind. No land was in sight, not
a solitary ship could be seen. It was necessary at any cost to arrest
their downward course, and to prevent the balloon from being engulfed in
the waves. The voyagers directed all their energies to this urgent work.
But, notwithstanding their efforts, the balloon still fell, and at the
same time shifted with the greatest rapidity, following the direction of
the wind, that is to say, from the northeast to the southwest.

Frightful indeed was the situation of these unfortunate men. They were
evidently no longer masters of the machine. All their attempts were
useless. The case of the balloon collapsed more and more. The gas
escaped without any possibility of retaining it. Their descent was
visibly accelerated, and soon after midday the car hung within 600 feet
of the ocean.

It was impossible to prevent the escape of gas, which rushed through a
large rent in the silk. By lightening the car of all the articles which
it contained, the passengers had been able to prolong their suspension
in the air for a few hours. But the inevitable catastrophe could only
be retarded, and if land did not appear before night, voyagers, car, and
balloon must to a certainty vanish beneath the waves.

They now resorted to the only remaining expedient. They were truly
dauntless men, who knew how to look death in the face. Not a single
murmur escaped from their lips. They were determined to struggle to the
last minute, to do anything to retard their fall. The car was only a
sort of willow basket, unable to float, and there was not the slightest
possibility of maintaining it on the surface of the sea.

Two more hours passed and the balloon was scarcely 400 feet above the
water.

At that moment a loud voice, the voice of a man whose heart was
inaccessible to fear, was heard. To this voice responded others not
less determined. "Is everything thrown out?" "No, here are still 2,000
dollars in gold." A heavy bag immediately plunged into the sea. "Does
the balloon rise?" "A little, but it will not be long before it falls
again." "What still remains to be thrown out?" "Nothing." "Yes! the
car!" "Let us catch hold of the net, and into the sea with the car."

This was, in fact, the last and only mode of lightening the balloon.
The ropes which held the car were cut, and the balloon, after its fall,
mounted 2,000 feet. The five voyagers had hoisted themselves into the
net, and clung to the meshes, gazing at the abyss.

The delicate sensibility of balloons is well known. It is sufficient to
throw out the lightest article to produce a difference in its vertical
position. The apparatus in the air is like a balance of mathematical
precision. It can be thus easily understood that when it is lightened of
any considerable weight its movement will be impetuous and sudden. So
it happened on this occasion. But after being suspended for an instant
aloft, the balloon began to redescend, the gas escaping by the rent
which it was impossible to repair.

Shadowflame by Dianne Sylvan
1222 by Anne Holt
Dunster by John Mortimer
The Alligator Man by James Sheehan
For Love or Money by Tara Brown
The Silent Man by Alex Berenson
Last to Die by James Grippando
The Opposite of Nothing by Slade, Shari
MasterStroke by Ellis, Dee
Player: Stone Cold MC by Carmen Faye