THE NECRONOMICON ~ The Cthulhu Revelations 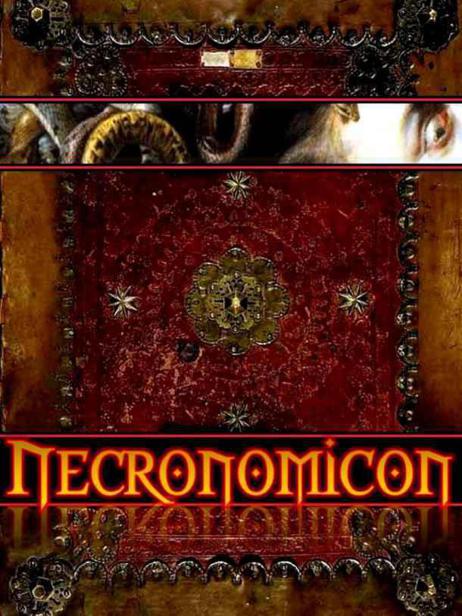 Cover Painting Detail:  The Great Red Dragon and the Woman Clothed in Sun
, by William Blake.

“Only the Finest Works of Fantasy”

This ebook is licensed for your personal enjoyment only.  This ebook may not be re-sold or given away to other people.  If you would like to share this book with another person, please purchase an additional copy for each recipient.  However, do feel free to temporarily lend this work to other Kindle readers in accordance with Amazon policy.  If you are reading this book and did not purchase it, or it was not purchased for your use only, then please return to Amazon.com and purchase your own copy.  The author Kent David Kelly and his family are dependent upon your patronage.  Thank you for respecting the hard work of this author.

A Plea for the Continued General Practice of Sanity

This is a work of fiction, inspired by the works of H. P. Lovecraft, created by Kent David Kelly.  The entirety of this work—notwithstanding scientific research, or historical allusions based upon established fact—is a work of fantasy.

Inquiries regarding this creative work (and future volumes in the series) may be directed to the author at
[email protected]
, or to his Facebook profile at
http://www.facebook.com/profile.php?id=100000867874518
.

The curious, however, are asked to carefully consider that the author has been approached by many inquisitive and eccentric people in the recent day and age; specifically, by fervent individuals who insist upon the reality of Great Cthulhu, the
NECRONOMICON
, the Dee manuscript and this evidentiary document in particular.  For this reason, please note that the author no longer casually entertains in-person inquiries in regard to his creative works.

(Ergo,
kindly do not stalk the author
, insisting that he is an apocalyptic herald from the Beyond, nor a cosmic harbinger who beckons forth the End of Days.  Thank you, and please do enjoy this dark fantasy novel.)

This work is dedicated

To the memory of

Concerning the Translation and Release of the
Necronomicon

“As for ... the
Necronomicon
—I wish I had the energy and ingenuity to do it.  I fear it would be quite a job in view of the very diverse passages and intimations ... I might, though, issue an abridged
Necronomicon
... When von Juntz’s
Black Book
and the poems of Justin Geoffrey are on the market, I shall certainly have to think about the immortalization of old Abdul.”

in a letter to Robert E. Howard,

The Secret History of the
Necronomicon

The original title of the work which has become known to us as the
Necronomicon
is
Al Azif
.
Azif
, in Arabic, can be interpreted as “sibilance,” or “cries which insects make in the night.”  It can also mean “the howling of the Jinn.”

This sound was believed in ancient times to be the howling of
ghuls
(corpse eaters),
jinn
(genies), or
dao
(demons) as they rose up from beneath the desert sands to feed on mortal flesh.

Al Azif
was written by Abd Al-Azrad, known more commonly (in the approximated transliteration rendered by H. P. Lovecraft) as Abdul Alhazred.  Al-Azrad, then known to his rivals and audiences as “the mad one who sings,” was a Yemenese poet and chanter who lived in the city of Sana’a during the Umayyad Caliphate, flourishing perhaps around the year 700 A.D.

His wanderings were many and legendary.  Seeking the truth behind his dementia-induced visions, Al-Azrad visited the ruins of Babylon, the necropoli beneath the Egyptian city of Memphis, and many other lost lands, from Sumer to the fabled spice-land of Punt and even further beyond, into Africa and elsewhere.  For a full decade (a time during which he was declared dead and his fortune forsaken), he traveled alone through the Rub’ al Khali itself.  The Rub’ al Khali of Arabia is the “Great Emptiness,” one of the vastest and most deadly deserts in all the world.

To this day, tribal superstitions hold that the Khali desert is the sacred domain of the
jinn
, the
rabisu
(leaping demon),
Pazuzu
, and the vampiric
lamia
.  When Al-Azrad—isolate, shattered, revelatory and thoroughly insane—emerged from the Khali after ten years of wanderings, he was deemed by the many to be “reborn,” a man who had been dragged down into the netherworld by the spirits and gifted with a second “blackest life.”  Indeed, in Jerusalem and the Holy Land, he was then to become known in some heretical sects (circa 730 A.D.) as the Second Coming of Lazarus.

(As a deeper heresy, some Apocryphal scrolls which were burned after the Second Council of Nicaea in 787 A.D. went so far as to name Al-Azrad as a prophet and “the second rising of Jesual,” or Jesus.  Such records have been savagely suppressed and incinerated by the Church in every century, to the point that the last known allusive quoting of such material was lost to fire in 1932, to be recorded only in the secret diaries of Lovecraft.)

Al-Azrad’s life remains an enigma.  Although the intrigued, nocturnal audiences for his babbled “poetry of visions” and “songs of the
Azif
” grew ever larger with his newfound infamy and return from the Khali, Al-Azrad had been irreversibly scarred and aged by his trials within the wasteland.  In the end, spurned as a “
rabisu
” himself and refused solace by the very astrologers whom he had enriched with his many written prophecies, Al-Azrad dwelt alone as a starveling and vagabond in the alleyways of Damascus.  He is said to have died in 738 A.D., perhaps at the age of seventy, although his face was told “to bear the cast of centuries, and the curses of a thousand dying worlds.”

His death is a matter of some confusion.  Some sources record that he died of the “crumbling disease” (leprosy) or seizures of madness, while others speak strictly of murder.  All of these early accounts but one are regarded as (and indeed, are confessed by their authors to be) unreliable hearsay of the second- or third-hand.  However, his primary and only reliable biographer—the scholar of Egypt and Aleppo, Shams Ibn Khallikan—wrote of Al-Azrad in his
Wafayat al-a’yan wa-anba’
abna’
az-zaman (Deaths of Eminent Men and History of the Sons of the Epoch)
, which was first released as a single handwritten scroll in 1264 A.D.

“... was seized by the claws of a Beast whose face and flesh could not be seen, in the high light of the Seventh Sun Before the Bells.  He was butchered over the Yellow Market of the
Qafila al-Bedouin
(caravan of the wanderers).  There in the seventh light, the great Lord of Songs was devoured bodily, and his thrashing limbs were seen to be torn apart in the very air, and swallowed by a Nothingness.  Indeed, as the sky-held fragments of the Second and Sacred (Al-Azrad) gushed with gouts of blood, the blood itself gave shape to the Beast around him, filling the air with veins.  Two hundred and more are the men who beheld this.  So sayeth the fragment of the Alexandrian scroll before me.”

Unsurprisingly, this passage was expurgated from all editions of the
Wafayat
which were published after 1274 A.D., and the majority of Ibn Khallikan’s works were burned soon after his own death in October of 1282.

Of Al-Azrad’s own “holy demon” (his madness), many more things are told.  Al-Azrad insisted that he had beheld Irem, the City of Pillars, which to this day lies lost in the region of Iobaritae (Ubar).  Indeed, he brought back crystallized “violet frankincense,” a curious spice which was said to send anyone who breathed its smoke into a revelatory frenzy.

The Winter Sea by Susanna Kearsley
Face the Music by Melody Carlson
The Christmas Cantata (The Liturgical Mysteries) by Schweizer, Mark
Anna (Book 2, The Redemption Series) by S.J. West
An Unexpected Grace by Kristin von Kreisler
Speaking From Among The Bones by Alan Bradley
Little Cat by Tamara Faith Berger
Magic for Marigold by L. M. Montgomery
A Slave to the Fantasy by Rebecca Lee
Play It as It Lays: A Novel by Joan Didion