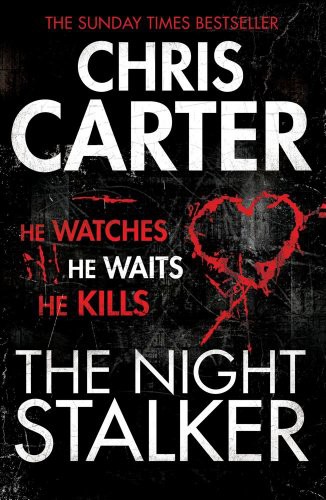 Born in Brazil of Italian origin, Chris Carter studied psychology and criminal behaviour at the University of Michigan. As a member of the Michigan State District Attorney’s Criminal Psychology team, he interviewed and studied many criminals, including serial and multiple homicide offenders with life imprisonment convictions.

Having departed for Los Angeles in the early 1990s, Chris spent ten years as a guitarist for numerous rock bands before leaving the music business to write full-time. He now lives in London and is the
Sunday Times
bestselling author of
The Executioner
and
The Crucifix Killer. 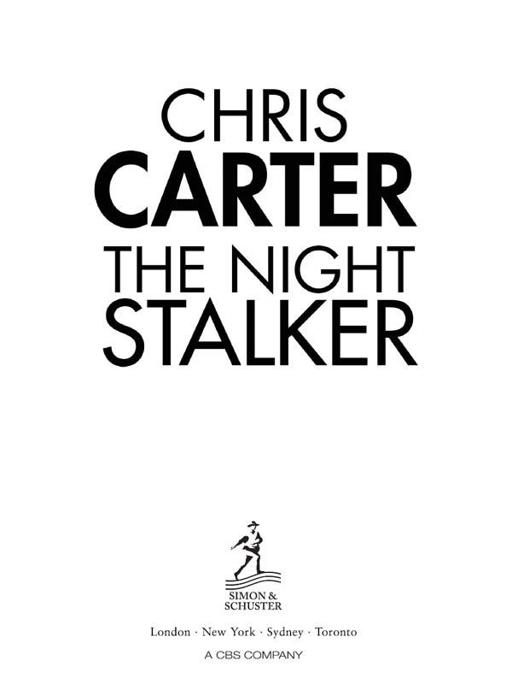 The right of Chris Carter to be identified as author of this work has been asserted in accordance with sections 77 and 78 of the Copyright, Designs and Patents Act, 1988.

This novel is dedicated to my family and to Coral Chambers, for being there for me when I most needed someone.

I am tremendously grateful to several people without whom this novel would never have been possible.

My agent, Darley Anderson, who is not only the best agent an author could ever hope for, but also a true friend. Camilla Wray, my literary guardian angel, whose comments, suggestions, knowledge and friendship I could never do without. Everyone at the Darley Anderson Literary Agency for striving tirelessly to promote my work anywhere and everywhere possible.

Maxine Hitchcock, my fantastic editor at Simon & Schuster, for being so amazing at what she does. My publishers, Ian Chapman and Suzanne Baboneau, for their tremendous support and belief. Everyone at Simon & Schuster for working their socks off on every aspect of the publishing process.

Samantha Johnson for lending a sympathetic ear to so many of my terrible ideas.

My love and most sincere thanks go to Coral Chambers, for keeping me from breaking.

One Hundred and One

One Hundred and Two

One Hundred and Three

One Hundred and Four

One Hundred and Five

One Hundred and Six

One Hundred and Seven

One Hundred and Eight

One Hundred and Nine

One Hundred and Ten

One Hundred and Eleven

One Hundred and Twelve

One Hundred and Thirteen

One Hundred and Fourteen

One Hundred and Fifteen

Doctor Jonathan Winston pulled the surgical mask over his mouth and nose and checked the clock on the wall of autopsy room number four on the underground floor of the Los Angeles County Department of Coroner. 6:12 p.m.

The body on the stainless steel table a few feet in front of him was of an unidentified white female in her late twenties, early thirties. Her shoulder-length black hair was wet, its tips plastered to the metal table. Under the brightness of the surgical light, her pale skin looked rubbery, almost unhuman. It hadn’t been possible to identify the presumed cause of death at the location where the body was found. There was no blood, no bullet or knife wounds, no lumps or abrasions to her head or torso and no hematomas around her neck to indicate she’d been strangled. Her body was clear of traumas, except for the fact that her mouth and vagina had been stitched shut by whoever had killed her. The thread used was bulky and heavy – the stitches untidy and careless.

‘Are we ready?’ Doctor Winston said to Sean Hannay, the young forensic assistant in the room.

Hannay’s eyes were glued to the woman’s face and her sealed lips. For some reason he felt more nervous than usual.

‘Umm, yes, Doctor, sorry.’ His eyes finally met Doctor Winston’s and he nodded. ‘We’re all set here.’ He positioned himself to the right of the table while the doctor activated the digital recording device on the counter closest to him.

Doctor Winston stated the date and time, the names of those present, and the autopsy file number. The body had already been measured and weighed, so he proceeded to dictate the victim’s physical characteristics. Before making any incisions, Doctor Winston meticulously studied the body, looking for any marks that could help identify the victim. As his eyes rested on the stitches applied to the victim’s lower body, he paused and squinted.

‘Wait a second,’ he whispered, stepping closer and carefully moving the victim’s legs apart. ‘Please pass me the flashlight, Sean.’ He extended his hand towards the forensic assistant without taking his eyes off the victim. Concern crept into his gaze.

‘Maybe.’ He directed its beam towards something that had caught his eye.

Hannay shifted his weight from foot to foot.

‘The stitches aren’t medical suture,’ Doctor Winston said for the benefit of the audio record. ‘They’re amateurish and imprecise. Like a teenager sewing a patch onto an old pair of ripped jeans.’ He moved closer still. ‘The stitches are also too spread apart, the gaps between them are too wide, and . . .’ he paused, cocking his head, ‘. . . no way.’

Hannay felt his whole body shiver. ‘What?’ He stepped forward.

Doctor Winston drew a deep breath and slowly looked up at Hannay. ‘I think the killer left something inside her.’

Doctor Winston concentrated on the flashlight beam for a few more seconds until he was sure. ‘The light is being reflected off something inside her.’

Hannay bent down, following the doctor’s gaze. It took him only a second to see it. ‘Shit, the light
is
reflecting off something. What is it?’

‘I don’t know, but whatever it is it’s large enough to show through the stitches.’

The doctor straightened up and grabbed a metal pointer from the instrument tray.

‘Sean, hold the light for me; like this.’ He handed the flashlight to the young assistant and showed him exactly where he wanted him to focus the beam.

The doctor bent over and inserted the tip of the metal pointer between two of the stitches, guiding it towards the object inside the victim.