The Outlaws of Ennor: (Knights Templar 16) 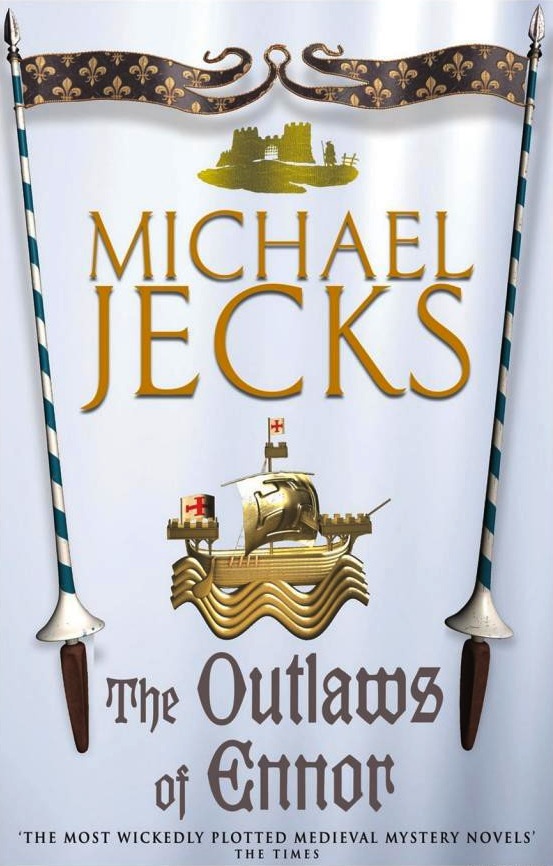 THE OUTLAWS OF ENNOR
Michael Jecks

The right of Michael Jecks to be identified as the Author of the Work has been asserted by him in accordance with the Copyright, Designs and Patents Act 1988.

First published as an Ebook by

The Islands – Names Then and Now

Michael Jecks gave up a career in the computer industry to concentrate on his writing. He is the founder of Medieval Murderers, has been Chairman of the Crime Writers’ Association, and helped create the Historical Writers’ Association. Keen to help new writers, for some years he organised the Debut Dagger competition, and is now organising the AsparaWriting festival for new writers at Evesham. He has judged many prizes, including the CWA Ian Fleming Steel Dagger. Michael is an international speaker on writing and for business. He lives with his wife, children and dogs in northern Dartmoor.

He can be followed on twitter (@MichaelJecks) or on
Facebook.com/Michael.Jecks.author
.

His photos of Devon and locations for his books can be found at:
Flickr.com/photos/Michael_Jecks
.

The Traitor of St Giles

The Tournament of Blood

The Mad Monk of Gidleigh

The Tolls of Death

The Chapel of Bones

The Butcher of St Peter’s

The Death Ship of Dartmouth

The Templar, the Queen and Her Lover

The Prophecy of Death

The King of Thieves

No Law in the Land

‘Michael Jecks is the master of the medieval whodunnit’ Robert Low

‘Captivating … If you care for a well-researched visit to medieval England, don’t pass this series’
Historical Novels Review

‘Great characterisation, a detailed sense of place, and a finely honed plot make this a superb medieval historical’
Library Journal

‘This fascinating portrayal of medieval life and the corruption of the Church will not disappoint. With convincing characters whose treacherous acts perfectly combine with a devilishly masterful plot, Jecks transports readers back to this wicked world with ease’
Good Book Guide

On their return home from a pilgrimage to Spain in summer 1323, Sir Baldwin de Furnshill and Bailiff Simon Puttock’s ship is hit by pirates and a terrible storm. As the ship breaks up, Simon is swept overboard, disappearing from sight. Resurfacing on the island of Ennor, he must put aside his fears and investigate the murder of Robert, the island’s hated tax collector, at the behest of master of the castle, Ranulph de Blancminster.

Meanwhile, washed up on the other side of the island, Baldwin begins his own investigation of the very same murder. As the friends dig deeper, they become embroiled in a bitter rivalry between the two island communities. Can they uncover the truth in time to prevent certain massacre?

This
book is for Michael, Andrew and Simon, and in memory of Kathy; a perfect wife, lovely mother, and a generous, kind and loyal friend who is deeply missed by all who knew her.

It is also in memory of Hattie; a devoted and much-loved companion.

This
book has been enormously difficult to research and I have to thank too many people to mention them all, but in particular I must say how grateful I am to Richard ‘Publican’ Penny for his boundless enthusiasm and for giving me the idea of a story set in the Scilly Isle. I must also thank Professor Ian Foster of Coventry University, who generously pointed me in the right direction at the very outset.

Many books helped me, too. Among them were
The Scilly’s Archeological Heritage
booklet published by the Cornwall Archeological Unit, Mike Salter’s
The Castles of Devon and Cornwall
(Folly Publications, 1999), and R. L. Bowley’s
The Fortunate Isles
(Bowley Publications, 1996 edition). C. C. Vyvyan’s
The Scilly Isles
(Robert Hale, 1956) was interesting, although it is rather outdated now, and I must mention, once again, Norbert Ohler’s excellent
The Medieval Traveller
(Boydell & Brewer, 1995).

However, the book which was easily the most important to me was Charles Thomas’s
Explorations of a Drowned Landscape: Archaeology and History of the Isles of Scilly
(Batsford, 1985). This magnificent piece of work will enlighten you about the Scilly Isles, both geologically and historically.

Two other books may be of interest. Maryanne Kowaleski (Professor of History and Director of the Centre for Medieval Studies, Fordham University, Bronx, New York) is well-known to all historians who look into the world of medieval Devon, and I can thoroughly recommend her book
The Havener’s Accounts of the Earldom & Duchy of Cornwall 1287–1356
(Devon & Cornwall Record Society, vol. 44, 2001). For more information on the trials of Tedia and her husband, I recommend
Marriage Disputes in Medieval England
by Frederik Pedersen (Hambledon & London, 2000), which goes into more detail about Tedia. Sadly (or rather, horrifically!) the situation in the story here has
not
been embellished. The woman’s
name was Tedia Lambhird, her husband was John, and they suffered in their miserable marriage for a good four years. The tests described are as detailed in their court case. In order not to spoil the story, I have left further discussion of the unhappy couple until the end of this book (see
Author’s Final Note
,
page 395
).

The Outlaws of Ennor
was also helped on its way by the staff of Ottakar’s in Norwich, who gave me and my companions in The Medieval Murderers such a good evening, together with a great deal of assistance with books. Thanks to Lizz, Sarah and Vicky for so generously giving up their Sunday evening to host the event.

There is one last acknowledgement which has to be made. In the final week of printing, I had a major computer disaster, and my most grateful thanks go to Philip Duley and Nichola Bunker of Kyocera-Mita for services well beyond the call of duty.