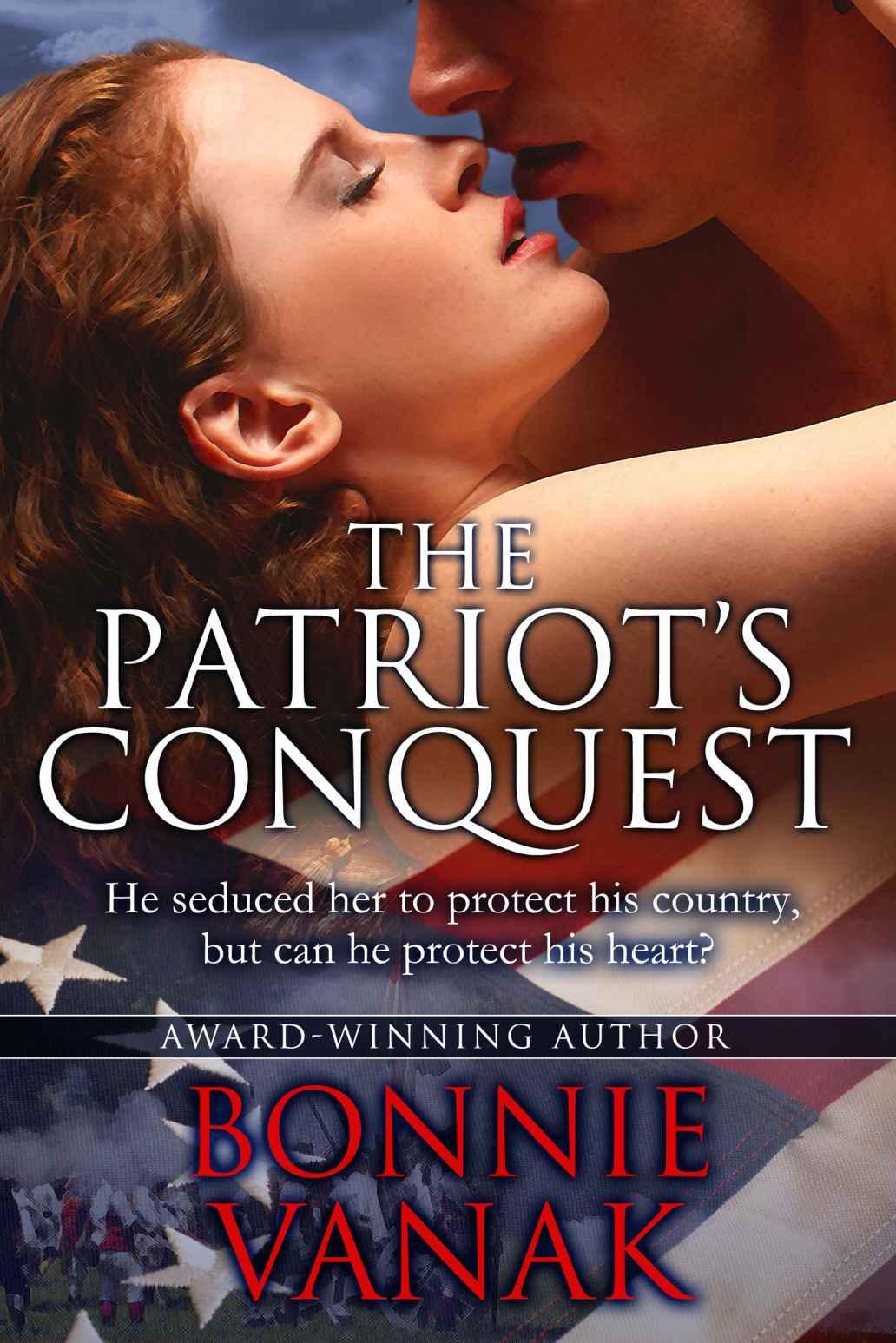 This ebook is for your personal enjoyment only. It may not be re-sold or given away to other people. If you would like to share this book with another person, please purchase an additional copy for each recipient. If you’re reading this book and did not purchase it, or it was not purchased for your use only, then please purchase your own copy. Thank you for respecting the hard work of this author.

F
IERY SPARKS SCATTERED
from each ringing blow of his hammer against the glowing metal set upon the anvil. Muscles in his body tensed and uncoiled with every downward strike as furious heat coaxed sweat from his brow.

The iron was stubborn as Odysseus’ great bow, but he would make it soften and bend. Aye, he would not stop until he’d shaped it to his will. Finally, the malleable metal began to surrender, its contours changing from the enormous force he exerted upon it.

Sensing sudden movement in the smoke-filled air, he glanced up.

A red-headed angel stood in the doorway of the blacksmith shop, hesitating to draw closer to the forges’ hellish fires.

Her face could launch ten thousand slips of a man’s careless tongue. Helen of Troy had come to Williamsburg to loosen his compressed lips and coax him to spill secrets.

Jeffrey Clayton paused in hammering the iron and stared in wary shock at the newcomer. He’d been daydreaming about reading
The Odyssey
, feeling kindred pity for men turned into addle-minded fools by a beautiful woman. And now one had appeared as if summoned from his mind.

He hadn’t seen a woman this lethally attractive since he’d left Boston. Since Caroline had betrayed him, Jeffrey amended.

The woman finally entered the shop and approached him. “I beg your pardon, sir, may I have a moment of your time?”

His guard rose faster than the coal fire’s temperature. Just as he’d feared. A
British
Helen of Troy. Jeffrey set down his hammer upon the anvil and gave her a cool stare. Her spine appeared fashioned from the same tempered iron he worked. Fire from the forge cast shadows over her emerald velvet riding habit. No sweat trickled down her temples, despite heat strong enough to twist metal. She looked fresh as a verdant field.

“Depends. A moment of my time is quite expensive.”

“I assure you, sir, I have the means to pay whatever you require. To whom am I addressing?” Her low, mellifluous voice held a hint of seduction. Perfect harmony accompanying the exotic melody of her lush lips.

Her expression changed from polite interest to a wide smile. He folded his arms across his white, soot-streaked shirt. He didn’t trust that smile.

“Jeffrey Clayton? The brother of Margaret Flanders? I know your sister.”

Jeffrey gave her a steady, assessing look. “Meg has never mentioned you.”

“Meg has helped me in the almshouse, but I have not seen here there as of late. Is all well?”

“She’s been ill,” he replied tersely. In these heated days of 1775, he wore caution like a second skin around all British.

“I am most sorry to hear that.” Her restless gaze roved around the shop as if searching for someone. Or something.

“How may I help you? Jeffrey wiped his hands on a cloth. She stood directly before him and the roaring fire. His wariness increased. Most ladies kept their distance, disdaining close contact with the forge’s ferocious heat and the ash that accompanied it.

“My horse has thrown a shoe. May I get him reshod?”

She glanced about the James Anderson Blacksmith Shop. He stiffened as she studied every square inch of the interior. Seven forges with raised brick hearths, equipped with bellows to feed the soft-coal fires, had smithies hunched over steel anvils. The lady coughed, a delicate sound contrasting with the grunting men working the iron. He studied her heart-shaped face, the soft whiteness of her skin. The delicate scent of lavender wafted from her and cut through the acrid, smoky stench.

“I am Amanda Reeves,” she said softly.

Amanda Reeves? His body coiled with tension. Daughter of prominent merchant Arthur Reeves. Second cousin to Lord Dunmore, Earl of Murray, the Royal Governor of Virginia. He’d never met her, but knew of her father. Just last week Jeffrey had stood in front of Arthur’s store and warned all customers to heed the boycott of British goods as instructed by the delegates at the second Virginia Convention. Reeves imported clocks, fabric, shoes and other sundries from England.

“’Tis most urgent my horse be attended to immediately.” Her sultry voice stroked across his heated skin. Jeffrey wiped his forehead with his shirt sleeve.

“Urgent? I am rather busy today. We all are.” He cast an eye at the growing tasks at his forge.

“I am in immediate need of my mount.”

Teeth caught, nibbled at her full lower lip. Sinful to waste those soft lips on a British woman. Jeffrey felt a dangerous urge to trace the curves with his forefinger. He drew in a steadying breath.
Remember. British. Tea and crumpet politeness while they burn down all you own. Speaking of tea...

“Why? In a hurry to attend someone’s tea party? In Boston, perhaps?”

Red flamed her high cheekbones. Jeffrey watched in admiration, delighted to have cracked her icy reserve.

“The only tea parties I attend, I can assure you, are those hosted by civilized people, not hooligans who partake in civil riots dressed as savages.”

His smile grew wider. Damn if she didn’t look even lovelier when she got her ire up. The flush spread like wildfire. Violet eyes darkened to grape. He decided to push it a little further. He could use a little diversion on this boring afternoon.

“It would not be fair to call an organized protest a civil riot. But I am not from a country that thinks slapping taxes on its colonies without representation in Parliament is fair.”

Her winged brows shot practically to the rim of the green felt hat perched rakishly on her head. “Organized protest? How can you justify stealing three hundred chests of perfectly fine Ceylon and Indian tea? ’Tis not, sir, a protest, but indeed a crime against the East India Tea Company and the Crown!”

“Three hundred and forty-two,” he corrected. “And what of the bigger crime? Making the company into a monopoly and putting the American tea companies out of business? Who is the real criminal?” Jeffrey was beginning to enjoy himself.

“Mr. Adams, if memory serves me correctly. He is the individual who organized the riot, is he not? A man who disdains our laws. An unlettered, low-class hooligan, just like the rest of his ilk who participated.”

Sam, his friend who possessed a Harvard education, unlettered? Jeffrey himself held a degree from William and Mary. College graduates had merrily dumped chests of tea into the Boston harbor. What would the straight-spined Miss Reeves sputter in response if she knew?

He picked up his hammer and began banging it against the iron on the anvil. She withdrew a few steps at the flying sparks. “’Tis best to watch what you say about people. Casting judgment against someone without knowing his background is an indication of a lower-class intelligence. ‘He who thinks himself wise, O heavens, is a great fool.’”

Her stiff shoulders dropped as she gave him a scrutinizing look. “‘Men use thought only to justify their wrongdoings and speech only to conceal their thoughts,’” she quoted Voltaire back at him.

Jeffrey set down his hammer, concealing an inner smile. It had been a long time since he had gotten into an argument with a woman. Hell, long time since he got into anything with a woman. He studied her sweeping skirt and short-waisted jacket trimmed with elaborate gold braid. Imported from His Majesty’s shops. Was there a slow-burning fire beneath that proper British finery to equal the one he used to temper metal?

“‘The more I read, the more I meditate. And the more I acquire, the more certain I am that I know nothing,’” he shot back.

“I see, sir, that you are well acquainted with the works of the great French philosopher, Voltaire,” she commented. “
Vous m’énervez
.”

So he got on her nerves. Excellent.

“
Voulez-vous couchez avec moi ce soir
?” He watched her redden as if he’d stripped naked. Seeing that he’d just asked her to bed him tonight, that might be a good idea.

“A mere test to see how much French your finishing school actually taught.” He grinned.

Shoulders thrown, she shot him a look icy enough to douse the forge fire. “May we get back to the business at hand? Will you or will you not help me with my mount?”

Jeffrey felt his loins tighten as he gazed up and down her dress. A different kind of mount teased his overly active imagination. A stray curl peeped beneath her felt hat, as golden red as a sunset. If he touched the curl, would his hands burn? He glanced at her generously curved bodice. Best to avoid looking there too long, lest he drop his guard.

“Anderson Blacksmith Shop does not shoe horses. You need a farrier.” He watched her proud shoulders drop.

“Pray tell, sir, why you did not inform me of this when I first asked?”

“Anderson Blacksmith does not shoe horses. However, I do.”

Jeffrey kept his farrier’s tools at the shop just in case. One never knew when a beautiful woman with a pouting lip would beg to have her horse shod. He bit on his own bottom lip, hard, remembering Caroline and her beautiful, traitorous mouth that kissed and told. Never again.

What the hell. Jeffrey warned himself to keep watch. Miss Reeves did not come serendipitously to the shop. Every bone in his body warned him she’d planned this trip for a reason.

“Jonathan! Take over this ax head for me. I have to re-shoe this lady’s horse.” Jeffrey barked an order to an apprentice standing at another forge, staring wide-mouthed at Miss Reeves.

“Let’s find this horse of yours and get him shod. I have work to do. Riots to organize, you know.”

Amanda felt an old habit return with a vengeance—swearing.

She hadn’t uttered “bloody” since the day she’d emerged from Miss Finch’s School for Girls. Miss Finch had made certain she’d squeezed out every last “bloody” with each tight cinch of Amanda’s whalebone stays.

This assignment proved more dangerous than she’d imagined. Amanda had expected to encounter a crude, ignorant oaf, easily charmed into surrendering secrets. Not this cultured rogue who flustered her with his penetrating silver gaze and filled her body with a yearning she’d fought long to tame. A radical. A wicked smile. An air of danger and dashing excitement. A man who could seduce her heart with one penetrating look.

The brigand read her favorite philosopher and spoke French with an impeccable accent. Sweat trickled down the arch of her spine. Despite the spring chill, heat fierce as the pits of hell burned inside her body. Satan’s imp towered above her, a wicked smile playing upon his handsome face. Amanda barely cleared the smith’s shoulders. He looked big and imposing enough to swallow her in one gulp.

Natural Submission: Book 1 of the Submission Series by Caldwell, Cordelia
Hidden Dragons by Bianca D'Arc
The Proposition (The Plus One Chronicles) by Lyon, Jennifer
Beloved Castaway by Kathleen Y'Barbo
The Hidden Gifts of the Introverted Child by Marti Olsen Laney Psy.d.
My Vampire and I by J. P. Bowie
The Splendor Of Silence by Indu Sundaresan
The Journey Home: A Novel by Olaf Olafsson
With This Curse: A Novel of Victorian Romantic Suspense by DeWees, Amanda
Skeletons in the Closet by Hart, Jennifer L.