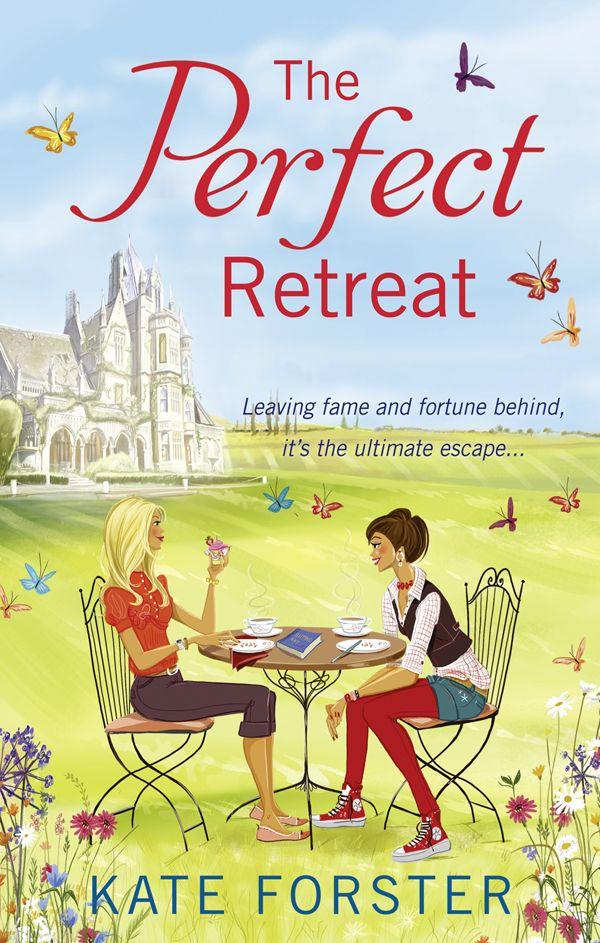 For Tara whose patience, support and guidance means more to me than she knows.

The Retreat at Home

This small weight of paper does not do justice to the enormity of my task. It is done. I have fulfilled my promise, and now I hope with all my heart that you will keep yours to me. When I lingered at your side in Paris, unwilling to leave you, you asked me to build you a home.

My beautiful Clementina, I have included a drawing of our home – if you will let it be such – and I hope it meets with your approval. It is a home for us, and if God is kind, our children.

I cannot imagine life without you here. Every room calls your name and every tree I have planted asks for you to come and witness its transformation over the seasons.

The house is named Middlemist, after me. It is a pretty home, resting on a hill, built in a modern style. I have built a ballroom at its heart. I have taken the liberty of including something I have dreamed of: an orangery, filled entirely with clementines. Should you wish to come and be my wife, you will have all the sweet fruit you desire and I shall have you, the sweetest Clementine in the world.

It may be my misfortune that you have been taken away by another suitor by the time this letter comes to you; and if that is so then I will retire gracefully. I will live with the pain in my heart for evermore.

Although water divides us and some say that time should have lessened our love, you have my heart forever, my darling Clementina. Middlemist is yours and waiting, as am I.

Yours now, for I am no longer my own,

Willow Carruthers sat in the deep leather chair in her lawyer’s office and wrung her thin hands together, oblivious to the scraping sound her rings made.

‘No money?’ she asked again.

Her lawyer shook her head, the noise of Willow’s rings annoying her. ‘None, I’m afraid.’

Willow felt the pit of her stomach sink away and she rubbed her eyes, hoping the black spots before them would disappear, smearing her perfectly applied eye makeup.

‘I know, but you and Kerr never signed a prenuptial
agreement
. All your money has gone on …’ the polished woman looked down at the list in front of her, ‘… lifestyle. And some poor investments.’

Willow had the strong feeling she was being judged. Her feeling was confirmed when the lawyer started to speak again.

‘Three Aston Martins, two Porches, a house in Vail, a house in London, two castles in Europe, a vineyard in France and an olive grove in Italy, and a luxury yacht which Kerr put the down payment on eighteen months ago. Works of art by Lucian Freud, Damien Hirst, and Tracey Emin. Jewellery …’

‘I know, I know,’ Willow interrupted her.

She knew the castles were too much. She had tried to convince Kerr they didn’t need a house in Vail – she hated skiing – but he insisted. He was a rock star cliché and now she had to pay for it. Although she hadn’t been too stingy with the credit card either. Harvey Nichols practically closed when she was inside; she often had three people serving her at once. And she had recently spent an enormous amount of money on making the house environmentally friendly.

‘Kerr’s lawyer has recommended you both sell everything. That will give you the funds you need to pay the taxes. And naturally Kerr will have to lose the deposit on the yacht.’

Willow nodded. The yacht was news to her; she didn’t even know Kerr had bought it.

‘I … I just want to know how this happened,’ she asked. Her head was pounding and her mouth felt dry.

The woman looked Willow over, taking in her client’s Michael Kors suede skintight trousers and spotless Chloé silk shirt. ‘You haven’t made a film in six years. Kerr’s last album didn’t sell as well as he thought, and he took a loss on it. Your lifestyle simply cost more than you were both bringing in. You had no decent money management advice, and the losses your investments made in the US, to put it bluntly, screwed you.’

Willow looked up at her lawyer. ‘What am I going to do?’

The lawyer started to shuffle the papers on her desk, and putting them back into a folder, signalling that the meeting was coming to a close. She looked Willow squarely in the eye.

Willow left the office in a daze. She looked at her waiting car, her driver ensconced in the front seat.
That will have to go
, she thought sadly.

As she was driven through the streets of London to her home in Shepherd’s Bush, she tried to swallow the bile coming up into her mouth. When the pictures of Kerr with some leggy wannabe Russian rock star and her sister were posted on TMZ, she knew she had no other choice but to file for divorce. It was shameful. To see him with one woman was tough, but two? And sisters? Willow had spent the morning she had seen them online throwing up. Thankfully Kitty,
the nanny, had
left her alone and taken the children out f
or the d
ay.

The thought of Kitty made her want to weep. She had been with them for three years, since she was eighteen, straight out of school. Not the brightest of girls, but the children loved her.
Maybe more than their own mother
, thought Willow. Not that she minded. The more time they spent with Kitty, the less time they could spend asking her where their shit of a father was.

Kerr had been missing in action since before their third child was born. Now Willow was the single mother of Lucian, who was five and still not talking; Poppy, who was four and talking for herself and for Lucian; and Jinty, who was one. Jinty was conceived on tour and Willow never regretted her for a moment, although she had had to give up the film she was planning to do once she found out she was pregnant. Kerr was less than enthusiastic. Remembering the fight they had had when she told him after he returned home, she shuddered at Kerr’s cruelty.

‘Christ Willow! We don’t need another fucking kid. Jesus, we can’t even get the ones we’ve got right! Lucian’s not right, he’s still pissing his pants and he’s nearly four!’ he shouted across their immaculate bedroom.

Willow hushed him. ‘He can hear you, he’s not dea
f
!’ she said. ‘There’s nothing wrong with him, he’s just taking his time.’

‘You’re living in dreamland, Willow. I don’t want another fucking baby, you hear me? Get rid of it!’

Willow had been shocked at Kerr’s brutality.

Kerr seemed fond of Poppy, but only because she was always in his face daring him to notice her. He ignored Lucian completely. Willow refused to believe Lucian was anything but perfect.
An artist’s temperament
, she told people when they asked why he wasn’t speaking yet.

So Kerr had moved out when she started to show with Jinty. For the last year, rumours had circled about the state of their marriage, but Willow refused to acknowledge there was trouble, putting on a brave face and keeping her Jade Jagger wedding ring firmly on her left hand. People loved Willow and Kerr; they were rock star royalty in Britain and Europe.

For a year, she refused to see the separation as more than just a hiccup in the marriage. Kerr would come home, she was sure of it … until the pictures of him and the sisters emerged. Then the media put an end to its speculation about the health of Kerr and Willow’s marriage, declaring him a bastard and a shit. Willow didn’t disagree with their assessment privately, but she maintained a stoic silence in public. Even though she hadn’t made a movie in years, she was still a popular figure back home in the US, and in the UK.

Willow realised that she was a liability to Kerr. The rock star lifestyle didn’t have much room in it for a wife, three kids and an environmentally friendly home. It didn’t help that Willow was still celebrated as one of the world’s most beautiful women.

Although she hadn’t made a film in six years, Willow’s style had kept her in the public eye. She was considered a classic American beauty: blonde, tall, svelte, with an air of entitlement and intellectual superiority. The glossy magazines revered her for being a stay-at-home mother to her children and applauded her for her grace under fire after Kerr’s
indiscretions
were made public.

The green and organic movements loved her for her
dedication
to their causes, and tabloids loved her and Kerr’s constant dramas for helping them to sell millions of copies around the world.

Willow’s celebrity still had currency, but even the thought of hustling again to get the next job made her tired. It wasn’t as easy as people thought to stay famous. There was always someone else on the horizon: the next Julia Roberts; the next Cameron Diaz; the next Willow Carruthers.

Willow emerged from her reverie as the car pulled up outside her house. She strode up to the front door, ignoring the lurking paparazzi.