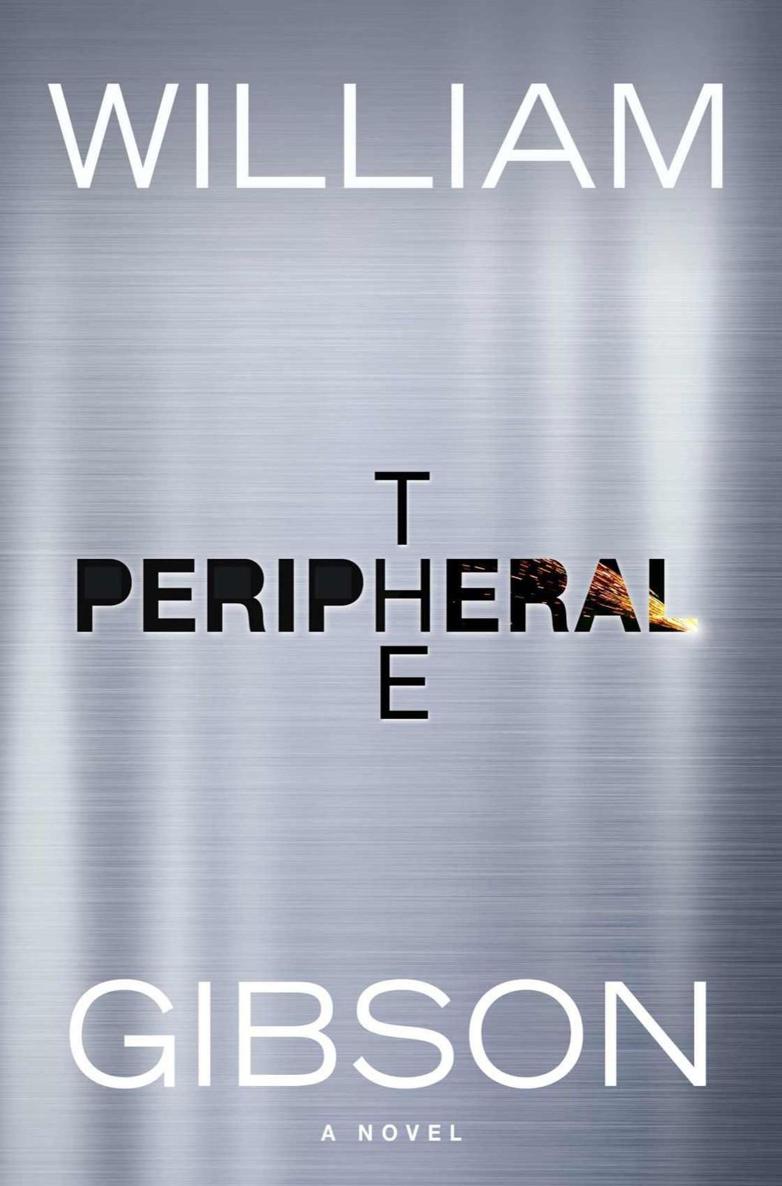 4. SOMETHING SO DEEPLY EARNED

36. IN SPITE OF EVERYTHING

50. WHILE THE GETTING’S GOOD

56. THE LIGHT IN HER VOICE MAIL

83. ALL THE KINGDOMS OF THE WORLD IN A MOMENT OF TIME

87. THE ANTIDOTE FOR PARTY TIME

117. ITS GRANITE FACE, BRISTLING WITH IRON

I have already told you of the sickness and confusion that comes with time travelling.

T
hey didn’t think Flynne’s brother had PTSD, but that sometimes the haptics glitched him. They said it was like phantom limb, ghosts of the tattoos he’d worn in the war, put there to tell him when to run, when to be still, when to do the bad-ass dance, which direction and what range. So they allowed him some disability for that, and he lived in the trailer down by the creek. An alcoholic uncle lived there when they were little, veteran of some other war, their father’s older brother. She and Burton and Leon used it for a fort, the summer she was ten. Leon tried to take girls there, later on, but it smelled too bad. When Burton got his discharge, it was empty, except for the biggest wasp nest any of them had ever seen. Most valuable thing on their property, Leon said. Airstream, 1977. He showed her ones on eBay that looked like blunt rifle slugs, went for crazy money in any condition at all. The uncle had gooped this one over with white expansion foam, gone gray and dirty now, to stop it leaking and for insulation. Leon said that had saved it from pickers. She thought it looked like a big old grub, but with tunnels back through it to the windows.

Coming down the path, she saw stray crumbs of that foam, packed down hard in the dark earth. He had the trailer’s lights turned up, and closer, through a window, she partly saw him stand, turn, and on his spine and side the marks where they took the haptics off, like the skin was dusted with something dead-fish silver. They said they could get that off too, but he didn’t want to keep going back.

“Easy Ice,” he answered, her gamer tag, one hand bumping the
door open, the other tugging a new white t-shirt down, over that chest the Corps gave him, covering the silvered patch above his navel, size and shape of a playing card.

Inside, the trailer was the color of Vaseline, LEDs buried in it, bedded in Hefty Mart amber. She’d helped him sweep it out, before he moved in. He hadn’t bothered to bring the shop vac down from the garage, just bombed the inside a good inch thick with this Chinese polymer, dried glassy and flexible. You could see stubs of burnt matches down inside that, or the cork-patterned paper on the squashed filter of a legally sold cigarette, older than she was. She knew where to find a rusty jeweler’s screwdriver, and somewhere else a 2009 quarter.

Now he just got his stuff out before he hosed the inside, every week or two, like washing out Tupperware. Leon said the polymer was curatorial, how you could peel it all out before you put your American classic up on eBay. Let it take the dirt with it.

Burton took her hand, squeezed, pulling her up and in.

“You going to Davisville?” she asked.

He shrugged, moving a lot of muscle but not by much.

“That was you, Burton. Last month. On the news. That funeral, in Carolina.”

He didn’t quite smile.

“You might’ve killed that boy.”

He shook his head, just a fraction, eyes narrowed.

“Scares me, you do that shit.”

“You still walking point, for that lawyer in Tulsa?”

“You’re the best he had. Showed him that.”

“Just a game.” Telling herself, more than him.

She thought she saw that thing the haptics did, then, that shiver, then gone.

“Need you to sub for me,” he said, like nothing had happened. “Five-hour shift. Fly a quadcopter.”

She looked past him to his display. Some Danish supermodel’s legs, retracting into some brand of car nobody she knew would ever drive, or likely even see on the road. “You’re on disability,” she said. “Aren’t supposed to work.”

He looked at her.

“Nothing to shoot. Work a perimeter around three floors of this tower, fifty-fifth to fifty-seventh. See what turns up.”

“Paparazzi.” He showed her the length of his index finger. “Little things. You get in their way. Edge ’em back. That’s all you do.”

“Tonight. Get you set up before Leon comes.”

“Give you two fives.” He took his wallet from his jeans, edged out a pair of new bills, the little windows unscratched, holograms bright.

Folded, they went into the right front pocket of her cutoffs. “Turn the lights down,” she said, “hurts my eyes.”

He did, swinging his hand through the display, but then the place looked like a seventeen-year-old boy’s bedroom. She reached over, flicked it up a little.

She sat in his chair. It was Chinese, reconfiguring to her height and weight as he pulled himself up an old metal stool, almost no paint left on it, waving a screen into view.

“Who we’re working for.”

“You’ll get caught for sure.”

“Goes to an account of Leon’s,” he said. Leon’s Army service had been about the same time as Burton’s in the Marines, but Leon wasn’t due any disability. Wasn’t, their mother said, like he could claim to have caught the dumbfuck there. Not that Flynne had ever thought Leon was anything but sly, under it all, and lazy. “Need my log-in and the password. Hat trick.” How they both pronounced his tag, HaptRec, to keep it private. He took an envelope from his back pocket, unfolded and opened it. The paper looked thick, creamy.

He drew out a long slip of the same paper, printed with what looked to be a full paragraph of characters and symbols. “You scan it, or type it outside that window, we’re out a job.”

She picked up the envelope, from where it lay on what she guessed had been a fold-down dining table. It was one of Shaylene’s top-shelf stationery items, kept literally on a top shelf. When letter orders came in from big companies, or lawyers, you went up there. She ran her thumb across the logo in the upper left corner. “Medellín?”

“How long you been doing this?”

“Make it twenty, then. Short notice and I’m stiffing Shaylene.”

He gave her another two fives.