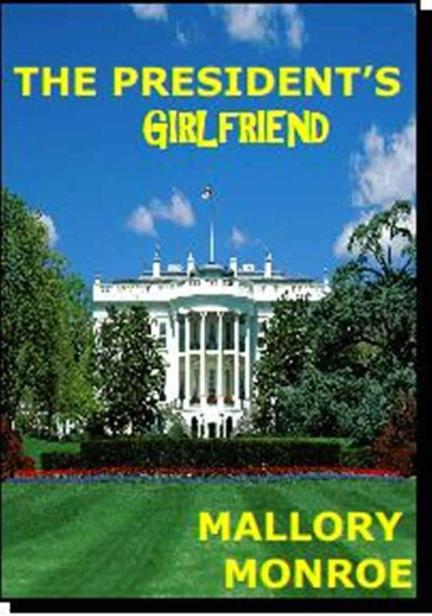 All rights reserved.  Any use of the materials contained in this book without the expressed written consent of the author and/or her affiliates, is strictly prohibited.

on all interracial romance titles

The cab stopped in front of the Embassy-Grand Hotel in Miami Beach and Dutch Harber stepped out and walked inside.  It had been a long day of meetings and more meetings and his body was near exhaustion.  But the idea of going to bed alone, in that lonely hotel room not unlike all of those other lonely hotel rooms he’d had to endure since taking over the southern division of his father’s company, was so unappealing to him that it was downright intolerable.

That was why, within seconds of entering the room, he exited back out.  Back on the elevator to the lobby, back into the lobby through the east end colonnade, across the colonnade enclosed with gardens and fountains, and into the hotel’s lounge.

It was rather rowdy for such a
swanky
lounge, but when he took a seat at a back booth and ordered himself a drink, he realized why.  A group of young, raucous conventioneers were at a large table near his booth, laughing and talking and drinking like there was no tomorrow.

It was a large group, with the men displaying the kind of loud exuberance that equal doses of success and arrogance often bred, and the women, all tall, mostly blonde and thin as rails, solicitous to the men to a point that seemed almost calculating.

Except for one woman, Dutch noticed, the only African-American in the group.  Nothing blonde or thin or solicitous about her.  She, in fact, unlike the other females, seemed to exhibit that superior air the males displayed, rather than that coquettish submissiveness displayed by the females at the table.  Although she appeared far too young to be their boss, and none of the females were kowtowing to her, she, unlike them, wasn’t kowtowing to any of the males.

As the waiter returned with his drink, Dutch found himself watching her more closely.  She was an interesting one, that lady.  Had a style all her own.  And forget thin and boyish-looking.  She was voluptuous, with that curvaceous, oh-so-feminine body that always turned Dutch on.  She wore a pale pink cocktail dress that crisscrossed at her cleavage, highlighting for all to see two ripe, plump breasts that, as soon as Dutch’s eyes caught full sight of them, caused his penis to give a little thump.

And her face, now that was her money shot, he thought.  Big, gorgeous eyes, a small, narrow nose, full lips that curled to a peak at the middle and trailed down in a soft sweep at the sides.  And all of it put together on deep-toned, dark brown skin that seemed so smooth, so velvety rich that Dutch could imagine the warm, soft feel of it in his very capable hands.

Oddly enough, it wasn’t anything remarkably beautiful about her that drew his interest, but it was more because she had that
something about her
special attraction that seemed to transcend mere handsomeness.  And that look about her, that above-the-fray, uncompromising look that could just as easily be
construed
as arrogance as much as confidence and independence.   Seemed to him a self-assured female like her would be a tough sell in that group of superficial, spray-tanned Barbie and Ken dolls, but who was he to judge?   Maybe she was just as superficial as they were, but was better at camouflaging it.

He asked for and received a copy of the Wall Street Journal, flapped it open to the daily stock market report, and crossed his legs.  But every time he tried to read any article, he kept getting interrupted by bursts of laughter from the conventioneers.  It became so bad that even the Maitre d attempted to rescue him.

“Perhaps you’ll feel more comfortable at a table in a different section, sir,” he had suggested.  But Dutch had declined.  Let kids by kids, he always believed.  He certainly was when he was their age.

He snorted at the way he phrased that.  He’d only just turned thirty-three himself, but was talking as if he was his father’s age.  Certainly his father’s poor health changed him, forcing him to take on more and more of the day to day operations of the family’s numerous business interests, and the fact that his fiancée had died in a plane crash a little less than a year ago, would make any young man old.  And although the loud conventioneers seemed to all be in their twenties, and was therefore not that much younger than he, youthful exuberance was about as foreign to him now as this new life of responsibility on top of responsibility was familiar.

As he buried his head in his newspaper and eventually learned to live with the noise, he suddenly felt the presence of someone standing at his booth.  When he looked up, that same young lady he was observing earlier, the black woman, was right in front of him.

“Hi,” she said in a soft, warm voice that reminded him of those smoky-voiced jazz singers his father used to love to listen to when Dutch was a kid.

Dutch’s eyes, as if by reflex, trailed down to her breasts.  “Not at all,” he said.  “Have a seat.”  He stood up slightly as she sat down.

“We’re disturbing you, aren’t we?”

“Why would you think that?” he asked, sitting back down.

“Because every time a roar goes up from our table, you cringe.”

“You really do.  And I mean it’s very obvious.”  She extended her hand.  “I’m Gina.  Well, Regina, actually, but everybody calls me Gina.”

Dutch removed his glasses from his right hand and shook hers.  “Nice to meet you, Gina. I’m Walter.”

“Everybody calls me Dutch.”

Bearing It All (Alpha Werebear Shifter Paranormal Romance) by Lynn Red
To Hell in a Handbasket by Beth Groundwater
Sophie by Guy Burt
The Keeper by Darragh Martin
Mine Is the Night by Liz Curtis Higgs
The Evening Hour by A. Carter Sickels
The Merry Pranked by Rusk, Day
The Diabolical Baron by Mary Jo Putney
It's a Little Haywire by Strauss, Elle
Waiting in Line for the New iPad by Max Sebastian