Read The Price of Love Online

The Price of Love 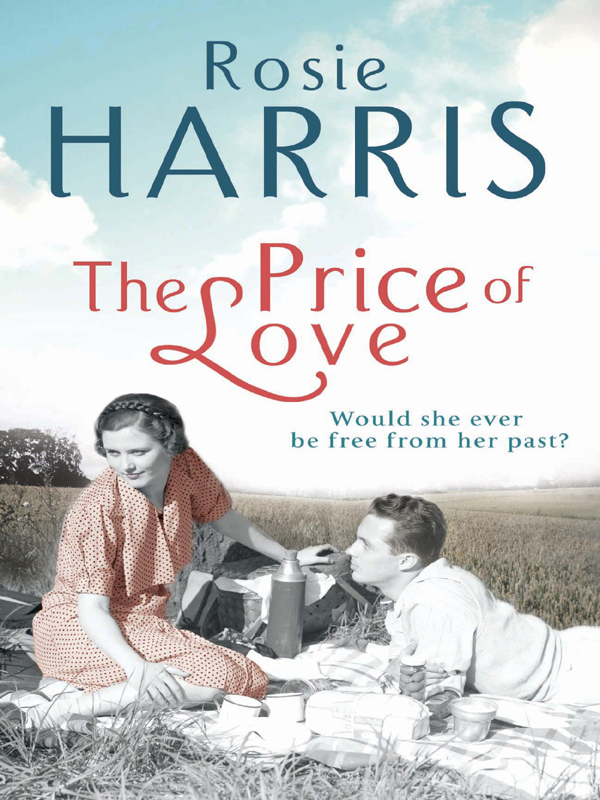 Lucy Collins and her brother Sam have lived side by side with the Tanner family all their lives. Lucy and Robert Tanner long for the day when they can marry, and the future is full of promise for all three.

Until tragedy strikes when Lucy’s parents are killed in a car crash, and Sam is left gravely injured and in need of careful nursing. Sam’s girlfriend Patsy refuses to help, and Lucy has little choice but to postpone her wedding. Not only is she left heartbroken at the loss of her parents, but Lucy is then devastated to discover that Robert has betrayed her in the worst possible way.

With little money and unable to earn a regular wage, Lucy and Sam are forced to move into the slums of Liverpool. As Sam’s health deteriorates and their life spirals into poverty and despair, Lucy wonders if she’ll ever find happiness again…

Rosie Harris was born in Cardiff and grew up there and in the West Country. After her marriage she lived for some years on Merseyside before moving to Buckinghamshire where she still lives. She has three grown-up children, six grandchildren and three great-grandchildren.

She writes full-time. To find out more about Rosie Harris visit her website at
www.rosiebooks.co.uk 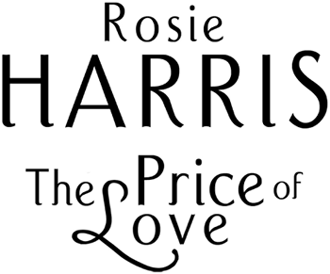 Version 1.0
Epub ISBN 9781409022749
www.randomhouse.co.uk
Published by Arrow Books 2011
2 4 6 8 10 9 7 5 3 1
Copyright © Rosie Harris 2011
Rosie Harris has asserted her right under the Copyright, Designs and Patents Act 1988 to be identified as the author of this work
This novel is a work of fiction. Names and characters are the product of the author’s imagination and any resemblance to actual persons, living or dead, is entirely coincidental
This book is sold subject to the condition that it shall not, by way of trade or otherwise, be lent, resold, hired out, or otherwise circulated without the publisher’s prior consent in any form of binding or cover other than that in which it is published and without a similar condition including this condition being imposed on the subsequent purchaser
First published in Great Britain in 2011 by
Arrow Books
Random House, 20 Vauxhall Bridge Road,
London, SW1V 2SA
www.rbooks.co.uk
Addresses for companies within The Random House Group Limited can be found at:
www.randomhouse.co.uk/offices.htm
The Random House Group Limited Reg. No. 954009
A CIP catalogue record for this book is available from the British Library
ISBN 9780099527459
Contents

For my daughter Pamela Sak
Acknowledgements

With sincere thanks to my editor Georgina Hawtrey-Woore and my agent Caroline Sheldon for their continued help and support.

The horrendous scream that rent the misty November air in Priory Terrace sent a shudder through the group of young people gathered around the huge blazing bonfire.

It also alerted their parents; men and women who were standing on their doorsteps enjoying the spectacle and at the same time keeping an eye on what was going on, ready to help, if necessary, should things get out of hand.

The younger ones had been determined to make bonfire night the most exciting event of 1920 and they wanted to do it on their own. They’d spent well over a week collecting wood and anything else that would burn and building the biggest bonfire that anyone in the terrace had ever seen.

Perched on the very top was a guy that Lucy Collins and Patsy Warren had made out of an old broom handle swathed in straw and dressed in a variety of old clothes they’d cadged from their families over the past weeks. He wore old brown trousers, a striped grey and white flannel shirt, a moth-eaten green waistcoat and a grey and black check jacket. Round his neck they’d tied a bright red muffler and even put an old bowler hat on his straw head.

The ear-splitting scream was followed by pandemonium as most of the group pulled back from the huge bonfire in fright.

Seconds earlier Lucy’s brother Sam and Robert Tanner, who were both eighteen and, along with several of the older boys, were in charge of the bonfire, had been letting off the fireworks which had been collected together before the bonfire had been lit.

The big crowd that had gathered there had been cheering as Catherine wheels spun, thunder flashes exploded and silver fountains and golden rain rose into the night sky, filling the air with shafts of coloured light and brilliant sparks. These had been interspersed with small bangers and jumping jacks which were exploding all around them.

‘Out of the way, so that I can get to him,’ a boy’s voice rang out over the tumult.

Sam Collins paid no attention to her or to the many others who shouted warnings and gasped in horror as flames from the bonfire rippled up Percy’s back.

Fortunately, Percy was wearing a heavy leather jacket and matching gloves and he appeared to have clamped his hands over his eyes and face as he fell. He was now lying face down on the burning pyre and seemed unable to move.

Ignoring the tongues of flame, Sam grabbed hold of the collar of Percy’s jacket and pulled him upright and started to drag him backwards into safety. The crowd of youngsters scattered, yelling excitedly as the guy toppled from his high perch and crashed down almost on top of the two boys, causing sparks from the bonfire to float high into the air and land everywhere.

Grown-ups left their doorways and came hurrying forwards, seeking out their own children and shepherding them to safety.

Brushing a lump of burning wood from her coat, Lucy Collins rushed forward to help Sam and Robert who were supporting an unconscious Percy. Very gently the two boys lowered Percy down on to the ground at a safe distance from the bonfire.

‘Someone’s already gone for an ambulance,’ a voice called out.

‘Better not touch him until it gets here,’ somebody else cautioned.

Between them, Robert and Lucy tried to make Percy as comfortable as they could. When they gently moved his gloved hands away from his face they were relieved to see that it didn’t look as though the main part of his face had suffered any serious burns, although his forehead and around the edges of his cheeks appeared to be bright red and looked very sore.

When Lucy turned round to see where her brother was she saw that Sam was bent over as if in pain, his hands clutched together between his knees.

‘Sam, what’s wrong? Are you hurt?’ she asked anxiously as she went to his side.

‘I’m all right, don’t worry about me. Go and see what you can do for Percy. My hands are stinging, that’s all. I think they’re burned a bit. Probably be all right in a minute.’

Before Lucy could decide whether to stay and help Robert attend to Percy or see what she could do to help her brother, there was the sound of the ambulance approaching and of the crowd being moved back so that it could stop as close as possible to the spot where Percy was lying.

It took several minutes to lift Percy on to a stretcher and load it inside the ambulance. As the driver was about to slam shut the rear doors, Lucy told him that the boy who had pulled Percy off the bonfire had burned his hands and she asked him if he would check to see if he was all right.

The ambulance man took one look at Sam’s hands and the massive blisters that were already forming and said that Sam must go along to the hospital as well.

Sam was reluctant to make such a fuss but both Robert and Lucy insisted that it was necessary and agreed that they would go with him, so all three of them were driven away in the ambulance along with Percy Carter.

‘I hope someone has let Mr and Mrs Carter know what has happened to Percy and that he is being taken to hospital,’ Robert said worriedly.

‘Don’t worry, someone will have told them and they will go straight there,’ Lucy assured him.

Mr and Mrs Carter were already waiting outside the hospital as the ambulance pulled up; Mr Carter was wearing a long dark grey coat and black trilby and Mrs Carter was dressed in an expensive, well-tailored blue wool coat with a black astrakhan collar and a matching black astrakhan hat. They both looked anxious and rushed forward as the ambulance came to a stop and the men opened the rear doors and brought out the stretcher.

Mrs Carter became hysterical when she caught her first sight of Percy and saw his badly singed clothes and the huge red wheals down each side of his face where he’d not been able to shield it with his gloved hands.