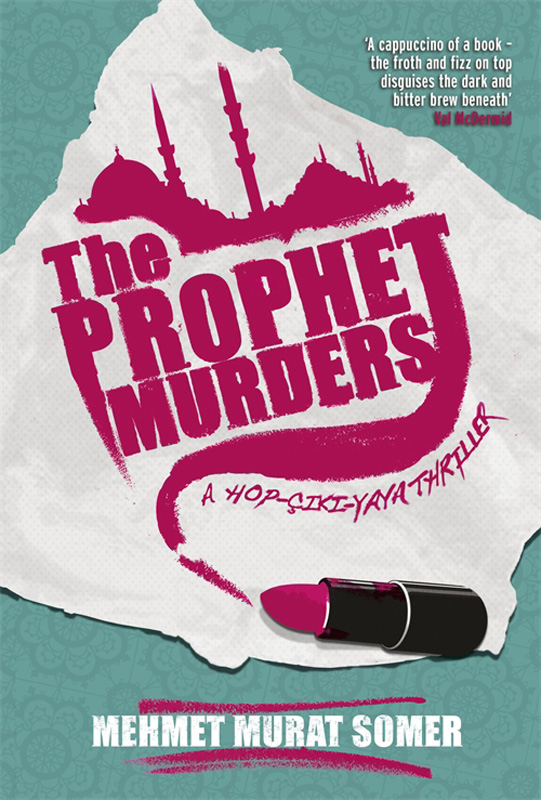 Mehmet Murat Somer
was born in Ankara in 1959. After graduating from the Middle East Technical University Industrial Engineering Department,
he worked for a short time as an engineer, and for an extended period as a banker. Since 1994, he has been a management consultant,
conducting corporate seminars on management skills and personal development. When not working out in the hammam, he writes
books in the Hop-Çiki-Yaya series, of which
The Prophet Murders
is now one of six. He lives in Istanbul.

First published in Great Britain in 2008 by

an imprint of Profile Books Ltd

Copyright © Mehmet Murat Somer, 2003
The moral right of the author has been asserted.

The characters and events in this book are fictitious. Any similarity to real persons,
dead or alive, is coincidental and not intended by the author.

This eBook is copyright material and must not be copied, reproduced,
transferred, distributed, leased, licensed or publicly performed or used in
any way except as specifically permitted in writing by the publishers, as
allowed under the terms and conditions under which it was purchased or as
strictly permitted by applicable copyright law. Any unauthorised
distribution or use of this text may be a direct infringement of the author’s
and publisher’s rights and those responsible may be liable in law accordingly. 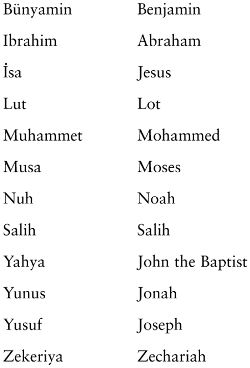 I
grabbed a cup of coffee and the morning paper and settled into my chair by the window. It’s my morning ritual. I drink only two cups of coffee a day. The first, always in the morning. Mind you, what I call “morning” is what ordinary people refer to as “the afternoon”. I go to bed late. For I am, as they say, “a creature of the night”.

A news item hit me like a slap in the face.

I got a sour taste in my mouth. Naturally, it affected the flavour of my coffee: the last mouthful was distinctly bitter. Putting down my cup, I concentrated on reading the article. Bad news about our girls always gets me down. Not all of them enjoy a life of leisure like me. Some of them make a living out on the streets. It can make them tough and hostile.

For many reasons, the number of our dead is on the rise. Life gets more difficult with each passing day; petty crime is rife; our girls are growing careless; everyone’s out of control and violence is spreading. The price of life is cheaper than ever. And as for our girls, they’re getting knocked off for a handful of change.

Many of the girls working the highway have been hit-and-run victims. The sense of security they got from working in large groups turned out to be a false one. The end, when it came, was sudden. And bitter.

Just like my coffee when I saw the news.

This time, the tone of the tabloid was especially demeaning and nasty. Exactly what you’d expect from. As always, they ran an old picture of the victim as a man. In other words, someone less colourful and lively than the person we all knew. What’s more, it was an unflattering picture from an identity card. A transvestite called Ceren. I didn’t really know her; she didn’t hang out at our club. Her real name was

brahim Karaman. And she was only twenty-three.

I quickly scanned the report from start to finish. She died in a fire in her apartment in Tarlaba

i. Fortunately, no one else lives in the abandoned building. The fire company suspects faulty wiring or a smouldering cigarette butt.

Our girls have the survival instincts of wolves. They seem immune to disaster and can cope with just about anything. But like everyone else, when they’re drunk or doped up they might sleep through a fire. That’s probably what happened. I felt a sharp pang, thinking about how someone so young, in the spring of her life, had been cut down in her prime. Had she ever even fully savoured the joys of being a transvestite?

I tossed aside the paper and stared blankly at the street below. A series of images flashed through my mind: the faces of all the girls we’d lost. I can’t think of a single transvestite who has died of natural causes. Foul play is always involved. And the police invariably record the deaths as unsolved crimes. If murder can’t be proved, our girls are always blamed. That’s how the press treated this particular case: a fire broke out in the home of a drunken vagrant, a stoned transvestite. And he died. I silently cursed them all. But it didn’t help. I was still furious.

After a while, I forced myself to snap out of it. Life goes on, despite the pain. And I had a lot of work to do. Most urgently, I was due to have my legs waxed. Fato

abla
is an elderly transvestite. Before becoming too decrepit, and in order to avoid – in her words – “becoming a spectacle”, she had taken up a new career. Fato

abla
goes from house to house, waxing shoulders, plucking eyebrows and even giving the odd hormone injection to those who require one. I was born with shapely eyebrows. I have never resorted to hormones, and have no intention of doing so. I glory in being both Man and Woman. As for waxing . . . it is a basic and constant necessity.

abla
has the gift of the gab. Her clients roar with laughter as she regales them with tales of her younger days, then scream with pain as she uproots unwanted body hair. Even though I’ve been having my legs done for years, and my arms and bottom depilated on occasion, it still hurts every time, and my eyes always fill with tears. Fato

abla
teases “Well, it’s not easy; all that manly bristle.” While men with dark complexions have coarse hair, fair-skinned types like me are usually covered in down. At least, that’s what I’m like. My light complexion may make me more sensitive to pain. Anyway, all I know is that I sometimes scream silently, and at other times like a banshee.

abla
rang the bell right on time. The older she gets, the less trouble she takes with her make-up and appearance. As a result, she looks strangely ordinary. If I passed her on the street, I’d describe her as a big woman with strong features. She was wearing a simple short-sleeved cotton dress, printed with large roses on a cream background. Draped over one shoulder was an enormous straw handbag, and on her feet were low-heeled leather sandals, one size too small. As always, her toes and heels overflowed. The effect was completed by an old-fashioned straw hat, trimmed with a swathe of fabric matching her dress. Her eyes were hidden behind oversized dark-tinted glasses. At one time, she no doubt paid a small fortune for them.

As she laid out the tools of her trade, I undressed. I chose some music to ease the pain and drown out my cries: a CD compilation of old Turkish pop hits that a friend made for me. Every half-remembered song from the late ’60s and early ’70s is there. I love singing along with the ones I remember the words to. Fato

abla
knows them all by heart, and dredges up long-forgotten showbiz scandals she has read about in the gutter press. Our session started off light-heartedly enough.

The first song is “Birazcik Yüz Ver (Pay a Little Attention to Me)”, a rhythmic number by Gönül Turgut, someone I greatly admire as a woman, as well as an artiste.

was off and running.

Colorado Abduction by Cassie Miles
A Mother's Duty by June Francis
The Firebird Mystery by Darrell Pitt
The Reformer by Breanna Hayse
Animal Behavior and Other Tales of Lycanthropy by Gouveia, Keith
The Assassin's Trail by J.C. Fields
The Clouds Roll Away by Sibella Giorello
Hearts Under Fire by Kelly Wyre and HJ Raine
AJ's Salvation by Sam Destiny
Layers by Alexander, TL