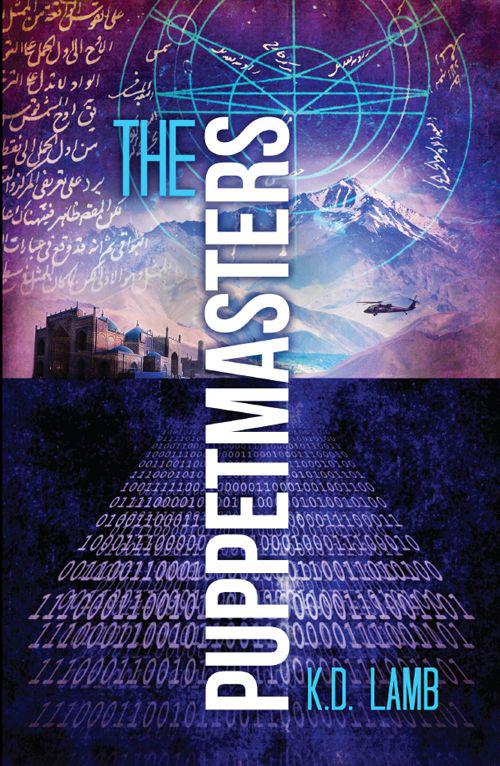 All rights reserved. No part of this book may be reproduced, stored in a mechanical retrieval system, or transmitted in any form by electronic, video, laser, mechanical, photocopying, recording means, or otherwise, in part of in whole, without consent of the publisher.

This is a work of fiction. The characters, names, and events in this novel are the product of the author’s imagination.

Charming Tate Sawyer, a serial Casanova, is found murdered off a popular hiking trail. As the investigation unfolds, Lieutenant Greg Kennedy and his team discover that Sawyer left behind an embittered string of wealthy women, each harboring her own motive for ending his life.

Who was this man? Is he destined to a bitter, deceitful legacy, or is there more than meets the eye?
Karma’s Law
is a tale so tangled it resembles the twisted cypress of its Pacific Northwest and Alaskan settings.

I
WOULD LIKE TO THANK
my friends Pauline, Cindy, Joe, Rick, my sisters Sandra and Susan, and daughter Erika. I really appreciate their candor and well-meaning critique. It’s made me a better writer and helped me grow in my new passion. The confidence they expressed in my abilities pushed me along to do my best and keep moving forward.

I would also like to thank Jeniffer and team at Monkey C Media for their amazing expertise and creative input. You guys are the best!

Finally, to my editor, Lynette at All My Best Business. Thank you for the painstaking review work. Your wonderful sense of humor helped more than once during that frustrating part of the publication.

When cunning hares have all been hunted, fleeing hounds will be cooked as food.

Site and IT manager at Orion Premier datacenter

Director of operations at Orion Premier

Childhood friend of Ahmad and Saaqib

K
ENDALL
R
ADCLIFFE HUMMED TO HERSELF
as she showered and got ready for her date with her boyfriend of over two years, Jeremy Levy. She was a little surprised that he had taken such pains to schedule a dinner date mid-week, given their hectic schedules. Her stomach was queasy, and she was doing her best to push those feelings aside. What really didn’t make sense was that Jeremy, who wasn’t particularly known for his spontaneity, reserved a table at her favorite restaurant, Canlis, on lower Queen Anne just north of Seattle.

There was no specific occasion for celebration, and her birthday was over a month away. None of it made sense, but Kendall, ever the optimist, decided that something special was going to happen. So she set her mind to viewing the evening as some sort of a surprise celebration. She began to glow at the thought that he was going to formally propose … turning the event into a joyful, auspicious occasion.

After all, Jeremy had been making comments lately about needing to put down roots and getting serious about his responsibilities. He even transferred his membership in the exclusive Columbia Tower Club to his law firm, saying he had other priorities.

She chose her dress carefully, deciding on a
Nicole Miller
emerald green strapless twist bodice dress. She knew the color would set off the green of her eyes, the low-scooped neckline draw attention to her full breasts, and the above-the-knee hem length highlight what she regarded as her best feature … her incredibly long, slim legs. Since it was late spring, and the weather was still quite cool, she would wear the
chic
three-tier, fox-fur stole that Jeremy had given her for Christmas.

Even though he was Jewish, he had no problem celebrating Christmas with her. In fact, he enjoyed his law firm’s Christmas party and the family gatherings at her mother’s on Christmas Eve. His large extended family was in Palm Beach, Florida.

She was pleased that he was so caught up in the Christmas festivities last year, and decided that converting him was going to be a lot easier than she thought. Besides, as long as she had known him, he had never attended a prayer service, observed the Jewish holy days of Rosh Hashanah, Yom Kippur, and Passover, or even seemed interested in defending his religion when the subject came up. He always dismissed it with ambivalence and mocked his family’s strict adherence to traditional Jewish laws and customs. In fact, it was Kendall herself who bought a
mezuzah
for his front doorpost. Personally, she viewed it as mystical-like. But if it brought him spiritual luck and protection, then she was all for it. Plus it looked cool on the front door frame, and she got a thrill every time she saw it.

As she swept up her chestnut-colored, shoulder-length hair into an elegant French twist and applied her makeup, she again got that uneasy feeling in the pit of her stomach.
What is wrong with me?
She tried to convince herself that it wasn’t so much of an anxious feeling as it was the anticipation of a romantic evening capped off with perhaps a marriage proposal and the presentation of a stunning ring.

Her intuition had always been frighteningly accurate, and she knew that something was definitely up for the evening. She just couldn’t imagine how right she was about an evening to remember, yet so off on how the events would actually play out.

T
HE
G
REEK RESTAURANT,
C
ANLIS, WAS
known for its great stone fireplace, angled windows, and copper charcoal broiler in the center of the dining room. Kendall and Jeremy dined there several times a year. As she was escorted into the dining room, she spotted Jeremy first. He was lost in thought, gazing intently out the window. He was just finishing a bourbon whiskey as the waiter placed a second round on the table.
Wow, he started without me. He’s obviously been here awhile.
Now, Kendall was even more intrigued.
He must be nervous too.

Jeremy’s fixed stare was broken when the waiter set his drink before him. Over the waiter’s shoulder, he caught a glimpse of Kendall making her way to their table. She looked even more stunning than usual and walked with purpose and confidence. He didn’t meet her eyes as she reached the table, and he made no remark about her appearance. Instead, he got up, gave her shoulders a squeeze, and kissed the side of her mouth, while the hostess patiently waited to assist Kendall into her chair.

Oh, that’s Jeremy,
she thought,
not wanting to make a public display of affection before this kind of upscale, staid crowd.
He was from the East Coast, after all.

Kendall’s stomach leapt at the thought that she could be engaged by the end of the evening. When Jeremy leaned in to kiss her, she could tell he’d had at least two drinks. He swayed ever so slightly. In fact, if she didn’t know any better, he was acting extremely nervous.

Jeremy was never fearful. He was a person always in control and master of his senses. Nothing could upset him. Even when he had reason to be anxious, he was able to present a calm, commanding demeanor.

She didn’t know quite where to begin. Her eyebrows rose, and she deliberately said in a teasing voice, “No fair! You started without me!”

Jeremy’s smile was forced as he responded somewhat defensively, “Oh, I had an errand to run and finished early. So I thought I would relax a spell.”

Kendall smiled to herself as she pictured Jeremy shopping for a ring. But she felt nervous and fidgety.
Stop it! Relax! Take a deep breath!

She decided she was way too anxious to drink; she wanted to keep her wits about her. She declined the offering from the waiter and listened to the nightly specials. The waiter left them to discuss their choices, and Kendall realized she hadn’t heard a word he’d said. She sighed and opened the menu.

She glanced up to find Jeremy staring at her.
Oh, he’s nervous. No, he looks uncertain, as if he doesn’t know where to start. Well, I can’t stand it. I’m going to help him.

She grabbed his hand, saying, “Jeremy, what is it? You look like you have some news! I don’t know whether to start celebrating or crying.”