Read The Quality of Silence Online

The Quality of Silence 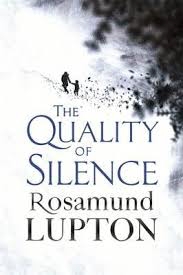 ‘With
Sister
, Lupton enters the highly charged ring where the best psychological detective writers spar, her hands raised in a victory clench . . . Like Kate Atkinson, Patricia Highsmith and Ruth Rendell, Lupton builds suspense not only around the causes and details of her story’s brutal denouement, but also around the personalities . . . Both tear-jerking and spine-tingling’
New York Times

‘Nicci French via Ford Madox Ford.
Sister
is so ably done, so perceptive about grief and guilt and self-delusion’

‘Lupton’s crisp insights into grief and familial guilt are married to a confidently executed plot. Lupton’s persuasive narrative voice is what keeps this classy debut (on track)’

‘Stunningly accomplished from first page to last, this is the most exciting debut thriller I’ve read all year . . . Written with the power and panache of a young Daphne du Maurier; it’s devastatingly good’
Daily Mail

‘An outstanding debut novel . . . It seems wrong to describe a thriller as being elegantly written with sincere emotion, but that is really a surprising description of this fine piece of fiction’
Daily Herald

‘Superb debut novel . . . the literary equivalent of “scream if you want to go faster” – and, just when you think things are slowing down to a peaceful, settled resolution, there’s one more stomach-churning final turn in store’

‘A remarkable piece of work . . . Lupton shrewdly and compassionately peels back the story’s rich layers . . . providing a genuinely wicked sting at the end. But the key to
Sister
is Bea’s voice: clear, strong, single-minded, and not to be denied’
Seattle Times

‘The narrative process is so intimate and delicate . . . the stop-and-start associative movement of Bea’s voice is, as a British review wrote, “utterly compelling”. And the ending, however gently foreshadowed, is a stunner’

‘Lupton’s remarkable debut is a masterful, superlative-inspiring success that will hook readers (and keep them guessing) from page one . . . A chilling, gripping, tragic heart-warming, life-affirming enigma of a story’

‘Fast-paced, absurdly entertaining . . . Along with a juicy mystery, it resounds with an authentic sense of sisterly love and loyalty’
Boston Globe

‘Loved
The Time Traveler’s Wife
? This is even better’
Company

‘Lupton pushes the boundaries of our imagination with the manner in which the mystery is solved, creating a stunningly good read that’s impossible to second-guess. A literary crime novel that’s as clever in its premise as it is well written’
Glamour

‘This sophisticated thriller is brilliantly written and utterly gripping’
You
,
Mail on Sunday

‘A knockout, one of the most inventive crime-fiction novels to come along in a decade’
Star
, Canada

‘In
Afterwards
, we see a master’s touch on every page. Uncompromising emotional impact, a poet’s sonorous style and a gripping story all come together to make this a transcendent literary experience. I guarantee this novel will touch everyone’Jeffrey Deaver

‘I became insanely gripped . . . The word “compelling” is used lightly of mystery and crime novels – this one will define it for you’
Daily Mail

‘. . . a taut and sinewy narrative . . . masterful pacing and a highly charged atmosphere . . . a stellar sophomore effort’

The Quality of Silence 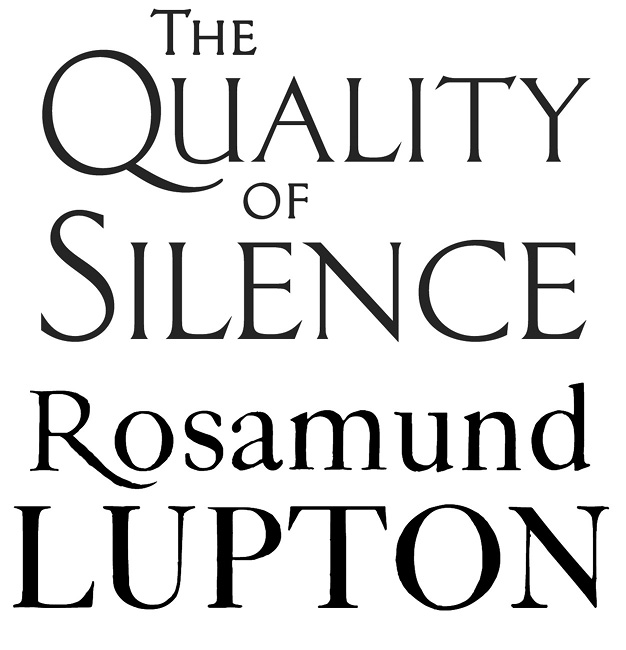 First published in Great Britain in 2015 by Little, Brown

Every effort has been made to trace copyright holders for this material. The publisher regrets any oversight and will be pleased to rectify any omission in future editions.

Papers used by Little, Brown are from well-managed forests and other responsible sources.

An imprint of Little, Brown

It is deep January. The sky is hard.

The stalks are firmly rooted in ice.

It is in this solitude, a syllable,

Out of these gawky flitterings,

My name is a shape not a sound. I am a thumb and a finger, not a tongue and lips. I am 10 fingers raised old – I am a girl made of letters

And this is my voice.

The Tutor (House of Lords) by Brooke, Meg
Heaven Is a Long Way Off by Win Blevins
The Emperor's New Pony by Emily Tilton
A Feast in Exile by Chelsea Quinn Yarbro
The Stone Light by Kai Meyer
When Watched by Leopoldine Core
Well in Time by Suzan Still
Black Hills Desperado (Black Hills Wolves Book 3) by Jackson, D.L.
The Path Of Destiny by Mike Shelton
Letters and Lace (The Ronan's Harbor Series) by Quinn , M. Kate