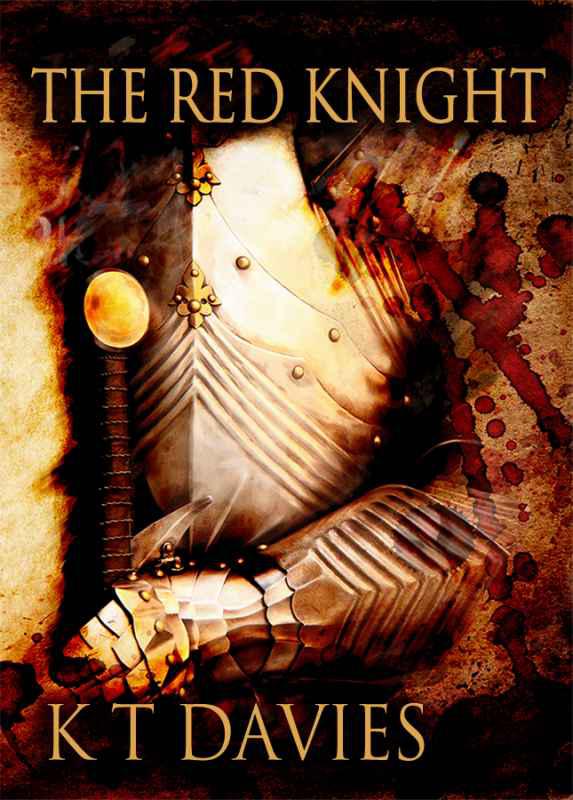 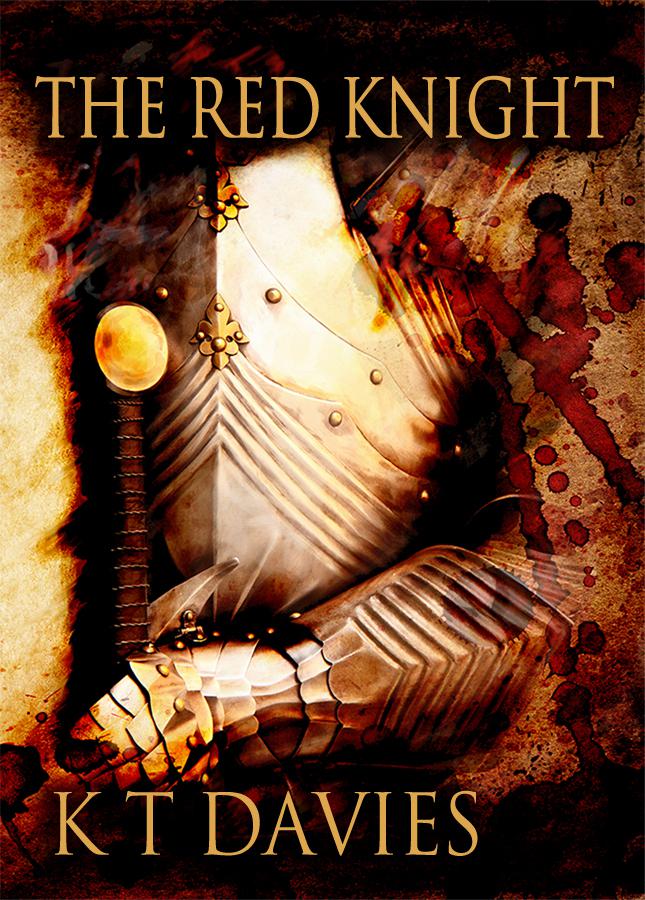 Find these and more at:

My thanks to first readers, Ewan Davies, Cam Field, Jane McCard and John Giles, and to editors JJ and Russell Smith and Jane McCard. Thanks also to my publisher, Colin F. Barnes.

For Ewan, Raven and Gabriel.

S
hame drove Kurn through the rain and mist and up the scree trail at an angry lope. His comrades had the Bear at bay, but he was here, hunting nothing more fearsome than a pregnant sow.

Rain-slicked stones skittered beneath his feet spotted here and there with blood. He was close. A woman’s scream echoed from the dark caves gouged into the ragged line of hills that squatted beneath the cloud-shrouded mountains. It was the great scream, the earth shaker—the scream of birth. He froze; steam rose from his near naked body, indigo war paint ran down his limbs.
Fool.
It was only the cold that made him shiver, only the chill breeze sweeping off the snow wrapped mountains, not spirits. There was nothing here that could stop him gutting the bitch and casting her get onto the rocks for the buzzards to devour. The Dura Sat had commanded that the invaders die, and so they would. All of them.

“You’ll catch your death up here, son. It’s a bad place to be running around half naked,” said the old woman.

Kurn was angry that he’d flinched. He hadn’t seen her because she was small, and as grey and hunched as the tumble of rocks she was standing beside. She must have been hiding, and had crept out when he was looking up at the caves. She hadn’t just appeared out of thin air. The mist was playing tricks with his eyes.

“Move, peasant, or die with the invaders!” The hard words bolstered his courage, and hid his embarrassment.

Her hooded eyes flashed a cold, hard grey. She did not withdraw or feebly brandish her crooked staff to keep him at bay as he would have expected. Instead she strode towards him. Much to his surprise, it was Kurn—Slayer of Wolves, who gave ground. He slipped a few feet down the slope, pushed back by nothing more than the force of her presence.

She pointed a finger at him. “You’re very rude, I—”

Another scream, full of deep desperate grief, rang from the caves. Kurn smiled. The old woman looked worried. “The Dura Sat, Clan Lord of all Tamalan, has marked the Bear’s mate for death. Step aside, old woman.”

She gave a short, hard laugh. “Oh, please. I thought appearing out of nowhere would be enough to convince any fool that this hunt is over. I suppose there’s no accounting for feckless youth is there? Very well,
boy
, I’ll lay it out plain because I don’t have time for games. I’ve got some bread in the oven and it’s going to burn if I leave it much longer.”

He should just end the hag and finish his task, but it was bad luck to kill a lunatic. He raised his spear. The old woman chuckled. Wisps of grey hair haloed her face, caught by the same chill wind that carried the sound of anguished sobbing from the caves.

“Hush, foolish child. I’d put aside a goat for this, but who am I to make such choices?” She narrowed her eyes, and stared at him as though calculating his worth. “Fuck ‘em’. I’m going to give you a chance boy—a chance to run an’ thwart the will of the gods. What say you to that, little lamb?” She looked up at the mountains and shook her staff, carved bone charms jangled against the wood. “Aye, you heard me. Now you—” She jabbed the staff at Kurn, “fuck off home to your mother.”

To the Void with bad luck.
Kurn cast his spear at the old witch.

She gave a long rattling sigh. The spear quivered…in the ground beside her.

The woman froze his thoughts with a glance. Her cold grey eyes were suddenly huge and feral.

A warrior born, his body had wit enough to defend itself while his brain came to terms with what was happening. He drew his sword as the old woman sprang at him and even made an attempt to block when she turned into a snow leopard mid-leap. It was only when the shapeshifter anchored her claws in his chest, and rode him to the ground that he realised his battle-honed skills and lightning reflexes were not going to be enough to save him. Powerful hind legs shredded his stomach and thighs and sprayed his guts across the hillside. He spumed a gout of blood over the creature’s death grey pelt as it sank its teeth into his throat and crushed his windpipe.

The last thing Kurn saw was the shadow of the mountains. The last thing he heard was a baby screaming its first lungful of breath into the cold, morning air.

T
he horse pawed the parched ground in frustration. Jamie knew how she felt; the heat was crushing and there was still no sign of Countess Duvessi.

“Don’t worry, old girl, we’ll be going home soon and then you’ll be able to eat yourself stupid on sweet, Antian grass.”

The horse nickered softly and gave him a friendly nudge. As he stepped back, pain lanced through his swollen ankle. A curse sprang to his lips, but he clenched his teeth and swallowed it. He couldn’t voice a complaint, not while the Company were out there somewhere fighting for their lives. For the hundredth time that day he scanned the horizon, searching for any sign of the 1st. It had been a risk going after Trevisa’s cavalry, but if the intelligence was good it was the best chance they’d had to cripple the troublesome general.

He peered at the Suvian lines and wondered which one was General Trevisa. The Fox, as he was called, was a cunning old bastard, and had led them a merry chase across Suvia for weeks now. Twins willing, that game would end today. If only he knew how the 1st had fared. Worry knotted his guts; he was the Captain’s squire and should be with them, but instead of fighting with his comrades, he was stuck on a hill, waiting for a gaggle of overindulged courtiers to come and watch the battle.
Asha’s paps.
Breaking his ankle was, without doubt, the most stupid thing he’d done since that drunken night in Weyhithe, and all for the sake of a rabbit supper. His friends had called him ‘Bunny Bait’ for two weeks now, and showed little inclination to stop, despite it not being even slightly amusing. The teasing and the punishment far outweighed his crime in every way. If only he’d kept his mouth shut about being able to speak bloody Suvian. He wasn’t a liaison; he was a warrior, so why had the Captain agreed to send him to Countess Duvessi? The Prince’s lover was a grand pain in the arse. Always hanging around camp, making a nuisance of herself. Just thinking about her and her idiot friends set his teeth on edge.

“This is so unfair, and such a bloody waste of
my
time. All to keep a prince’s whore happy…” Jamie’s gaze wandered across the acres of lavender that lay between the hill and the General’s army. Counting the units arrayed in battle formation before a squat, white farmhouse, he estimated Trevisa’s force numbered between six and seven hundred.

He squinted against the sun’s glare. The brilliance of the lavender and the painfully bright azure sky made his eyes water, but the view across the plains was breathtaking.
If Duvessi can be bothered to drag her fat arse out of bed she’ll have a vulture’s view of the slaughter from up here.
It didn’t matter a damn if she turned up. What mattered was that there was only one unit of reserve cavalry with Trevisa, and he wouldn’t dare engage without the support of the rest. Of course, if his cavalry turned up, it would mean that the 1st had lost; a thought he refused to contemplate. To distract himself, Jamie directed his attention to the forces lined up opposite the Suvians.

Two solid ranks of mounted knights projected an aura of steel-clad menace across the battlefield; they were the 2nd Company of the Antian Royal Guards, second only to
his
company. Being possessed of more wealth than friends, Prince Ranulfi had also employed the services of the mercenary Free Companies, which was how Trenham’s Irregulars came to be fighting alongside the Antians. In marked contrast to the iron discipline of the Antian destriers, the Irregular’s nags pranced skittishly before the Suvian battle lines. Jamie smiled.

After four hours of standing around in the spirit-sapping heat, Jamie was about to give up and go look for the 1st when a weary train of servants staggered over the crest of the hill.

Jamie was politely bustled aside as some of the servants erected a large, gold-striped pavilion. He watched in amazement as others unpacked a sumptuous feast and the elegant tableware on which to serve it, while down on the fields below the hill, warriors were preparing for battle. The more robust of Duvessi’s servants had the dubious honour of unloading the Countess from her lathered palfrey, much to the poor beast’s obvious relief.

Jamie seethed quietly as the rest of the spoilt courtiers dismounted, and took a leisurely stroll about the hilltop. Naturally, they were complaining that the wine hadn’t been properly chilled, and that the sun was too hot for the time of year. Jamie wanted to bash their heads together.
The sun was always too hot in this damn country.
Not one of the whining coxcombs seemed to notice or care that the battle was but a drawn sword from starting.

The Countess eventually deigned to notice him. She beamed a smile so wide that her eyes vanished into the folds of her fat, little face. Jamie took a deep breath and forged a smile of his own, mindful that he was representing his Captain and the 1st. She giggled, and thrust out a ring laden hand for him to kiss. Dutifully, he raised her doughy fingers to his lips.

“
Dearest
, Jamie,” she cooed, “‘tis delightful to see you again. Did you miss me? How is your poor foot?”

He hoped the treaties King Daris had made with Ranulfi were worth the gross indignities his knights,
and
squires, were being forced to endure for the sake of the kingdom.

Inside the O'Briens by Lisa Genova
Acts of Honor by Vicki Hinze
Tequila Mockingbird by Tim Federle
Raging Passions by Amanda Sidhe
Tangled in Chains by SavaStorm Savage
Sweet Silver Blues by Glen Cook
Edge of Recovery (Love on the Edge) by Molly Lee
The Audubon Reader by John James Audubon
Love Inspired Suspense May 2015 - Box Set 1 of 2: Trail of Evidence\Gone Missing\Lethal Exposure by Lynette Eason
The Shakespeare Stealer by Gary Blackwood