Read The Rocker Who Wants Me (The Rocker... Series) Online

The Rocker Who Wants Me (The Rocker... Series) 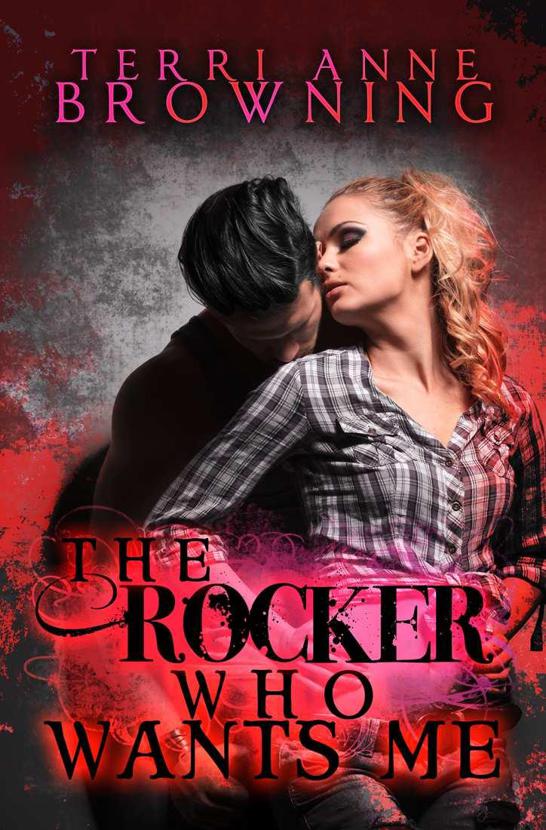 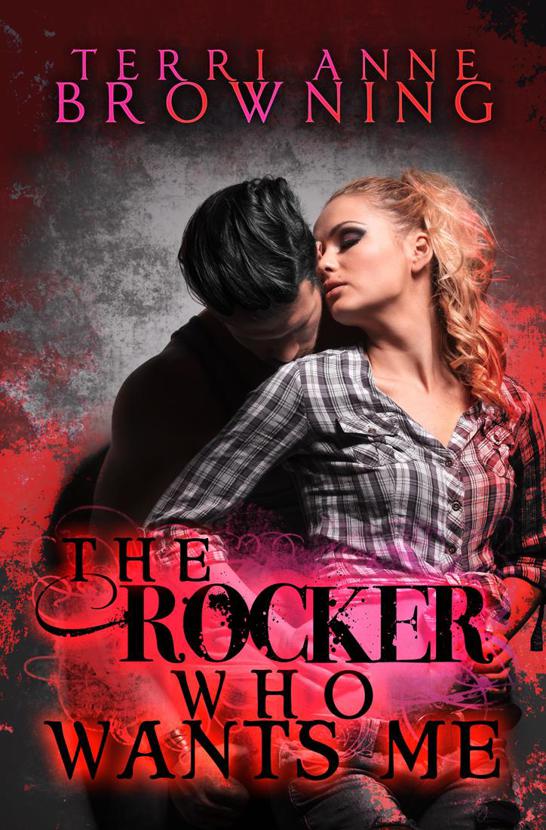 The Rocker Who Wants Me
Copyright 2014 Anna Henson

All rights reserved by the author. This is a work of fiction. Any characters, names, places or incidents are used solely in a fictitious nature based on the author's imagination. Any resemblance to or mention of persons, place, organizations, or other incidents are completely coincidental. No part of this book may be reproduced or transmitted in any form or by any other means without written permission from the Publisher. Piracy is not a victimless crime. No individual/group has resale rights, sharing rights, or any other kind of rights to sell or give away this book. This is the author’s livelihood. Please respect her rights.
This is a work of fiction intended for MATURE audiences. Recommended for readers 17 and older due to strong language and sexual situations.

Edited by
Lorelei Logsdon
Cover and Formatting by
ShoutLines Design

A Teaser from
Deeper
by Mellie George

First I need to say a HUGE thank you to YOU, the fans. Without you there would be no The Rocker… Series. You keep demanding more and therefore I keep providing. You make me want to write until my fingers bleed with your love for my Demons and now for Axton, and for that I will be eternally grateful. Thank you for your continued love and support.

To my BEST friend in the freaking world, Felicity ‘Flick’ Boulton. Without you, Demon’s Wings Fan page would be a pile of rubble. Thank you for all your hard work and keeping our Demons alive for everyone.

Lastly, but never the least, thank you to my husband, Mike Browning, who is always my number one fan. Without your love, support, and continued understanding of my messy office, erratic mood swings, and all around craziness I would not be able to do any of this. You are not only an amazing husband but an awesome PA and business manager. I love you to the moon and back!

To say I was exhausted would have been the understatement of the entire year. It was December, so that was saying a lot.

It was a good tired, however. After a twelve-hour shift in the ER where I had been run off my feet with one medical emergency after another, I’d stayed over and helped bring Lana and Drake Stevenson’s daughter into the world. My beautiful little ‘niece’ was healthy and perfect. Neveah was already a heartbreaker and I was going to teach her everything I knew about busting balls.

I left the new parents alone and took Neveah to the nursery so that Lana could get a good night’s sleep before her family descended on her and her husband in the morning. Thankfully I had the day off tomorrow and I was going to take advantage by sleeping in. Maybe Linc would make me some pancakes.

At the thought of my roommate’s decadent breakfast, my stomach growled, letting me know that I hadn’t eaten since breakfast before my shift. That had been nearly twenty-four hours ago. Sighing, I pulled out the little money I always carried with me just in case I had to make a stop at a vending machine. Most days that was how I had lunch because I was too busy to stop for a decent meal.

Opening the door to the waiting room, I only had eyes for the vending machine. Funyuns or a Snickers?

Two steps inside the maternity floor waiting room and a need other than hunger suddenly consumed me. I faltered taking my next step as my head turned and zeroed in on Axton Cage, the only man who could ever evoke such a need in me. He was sitting in the corner of the dimly lit room, his phone in hand but his eyes glued to me. My nipples instantly hardened and I clenched my thighs together as my panties grew wet. My typical reaction to the Rock God.

He had been in the delivery room with Lana and Drake the entire time she had been in labor and then when she pushed Neveah out into the world. I hadn’t said a word to him the entire six hours. No way was I going to stress my friend out during one of the most amazing—and amazingly painful—times of her life. So I had ignored everything and everyone, focusing on all the training I had gotten during my rotation for obstetrics. It hadn’t ever been my first choice to do maternity, and it wasn’t going to change any time soon. But for Lana I had made the exception, wanting to be with her for such an awe-inspiring moment.

Axton and Lana’s father, Cole Steel, had kept quiet during the whole six hours of labor. I figured they had thought that as long as they remained mute Lana wouldn’t scream and toss them out. She hadn’t paid them much attention, too focused on breathing through her pain. Crazy bitch hadn’t wanted an epidural. Drake had been pretty strong during the whole thing, even if I had seen the terrified look on his face as he helped bring his daughter into the world.

My hunger forgotten for the moment, I started to turn back to the door. I didn’t have the energy to deal with Axton tonight. Hell, I doubted I would ever have the energy to deal with him. We only ever did two things well and both normally drained me to the point of no return. Sex wasn’t on the agenda and never would be again. That only left fighting.

“Dallas…” His tone was almost imploring. Almost. Axton didn’t normally beg, unless it was for my mouth on his dick. It was enough to make me pause with my hand on the doorknob but not to turn around.

It shouldn’t hurt this much to be in the same room with him. If I hadn’t been so tired I wouldn’t have had to fight to keep my chin from trembling. I would have been able to reinforce the walls he had forced me to build around my heart.

“We never did get to talk after Shane’s wedding.”

I clenched my jaw, the reminder of our last weekend together giving me enough fuel for my anger to dry my tears and to turn around and glare at him. “Yeah, well it wasn’t anything I wasn’t expecting. All she ever had to do was say your name and you would go runnin’ back to her.”

He stood and tossed his phone on the seat beside him as he took a few steps toward me. As always he was acting casual, as if my anger didn’t bother him. That was how it had always been with Ax. He brushed everything off like it didn’t matter. It was one of the reasons why it was so easy to think he would never care about me the way I needed. “I had to go, Dallas. She was going to call the cops. Liam had drugs all over her apartment and if her nephew had gotten hold of any of them…” He broke off, his jaw clenched as if he couldn’t stand to continue.

“So of course she called you.” I nodded, my heart breaking a little more. “Not Wroth who is his cousin, or even Zander or Devlin who could just as easily have handled it. Because you always know how to fix what is wrong for her. Because she can’t do anything without you there to hold her freakin’ hand.”

Axton sighed and thrust his hands into the front pockets of his jeans. “You have nothing to worry about when it comes to Gabriella and me. We’ve been over for a long time, baby. She means nothing to me. Less than nothing.”

This wasn’t the first time he had said those exact words to me. In the beginning of our relationship—if you could even call it that—I’d been sure that he was messing around with Gabriella Moreitti behind my back. The first night I had met the little Italian rocker I’d accused him of having sex with her during a party. He’d never denied it, just laughed it off. If anything he thought that my jealousy was amusing.

Stupid little blonde girl, already in love with him, jealous of everyone that even looked at her man.

That was how it had felt when he had laughed at me. Words that my mother would have used, mocking me in that laugh. It was true, though. I had been stupid. Stupid to have continued our sham of a relationship after that night. For wanting to work it out with him even though I was so insecure, convinced that he was cheating on me. I’d fought so hard to keep us together while he had just let me walk away in the end.

It was also true that I had been in love with him back then. I had fallen fast for him. He was everything I wanted, everything I’d needed. And the sex… The few lovers I’d had before Axton Cage had evaporated from my mind the instant he had touched me. But it hadn’t been true that I was jealous of everyone that so much as looked at him. There was no reason for me to be jealous of every other woman in the world.

There were plenty of reasons to be jealous of Gabriella Moreitti, though.

The biggest was her name inked into his wrist. A tattoo that had been on his skin for years now. If he was through with that troll bitch then why was he still wearing her name?