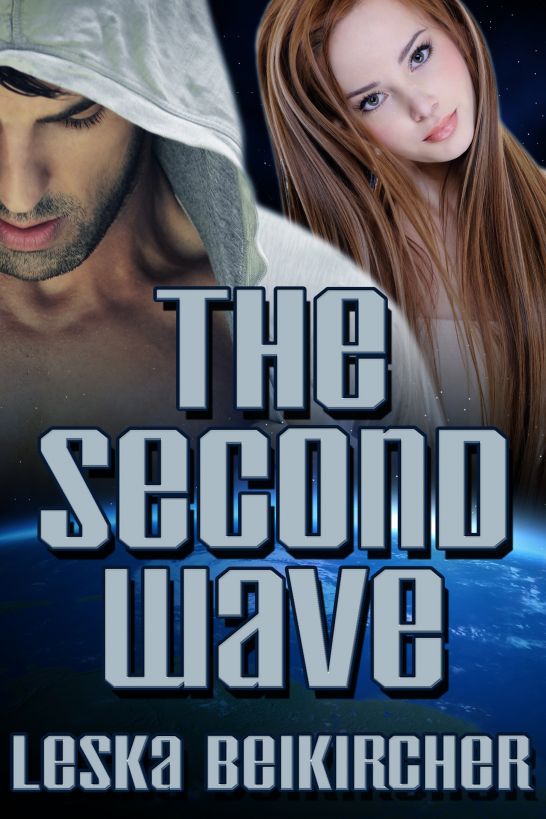 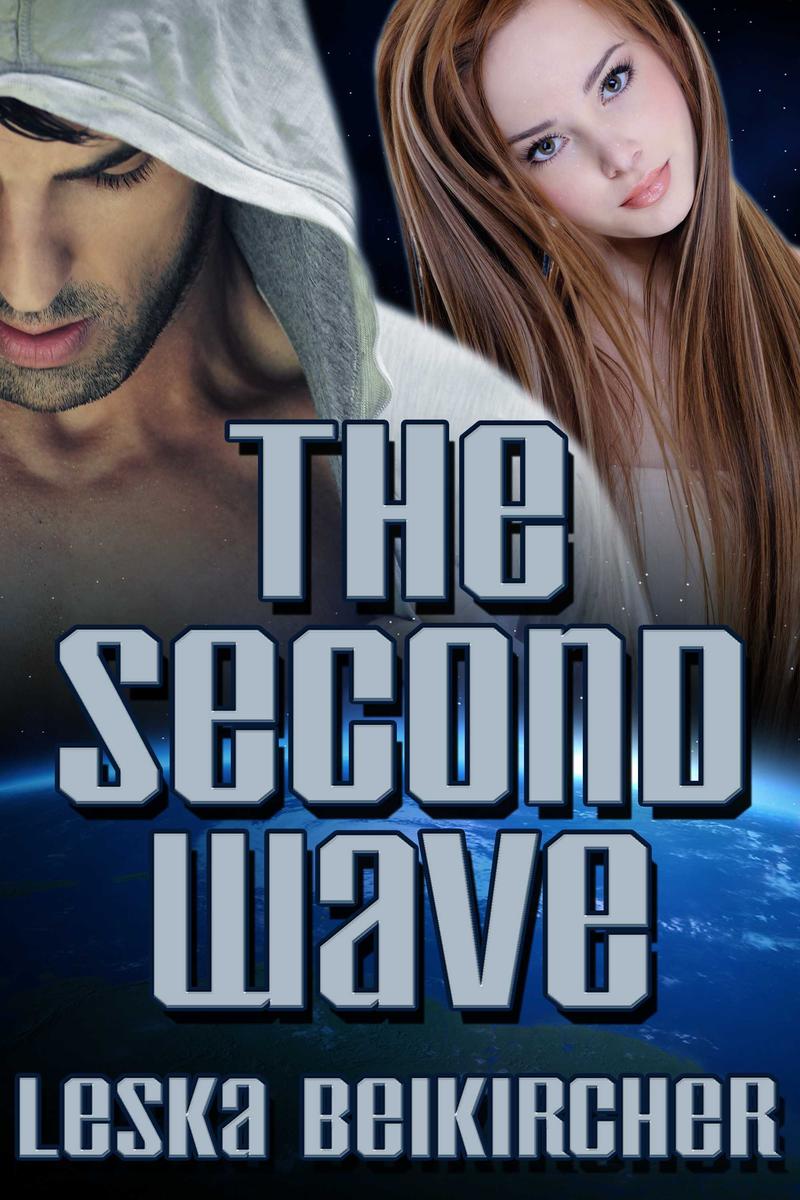 For more titles by Leska Beikircher at
Smashwords visit
https://www.smashwords.com/profile/view/leskabeikircher

WARNING: This book is not transferable. It is
for your own personal use. If it is sold, shared, or given away, it
is an infringement of the copyright of this work and violators will
be prosecuted to the fullest extent of the law.

No portion of this book may be transmitted or
reproduced in any form, or by any means, without permission in
writing from the publisher, with the exception of brief excerpts
used for the purposes of review.

This book is for ADULT AUDIENCES ONLY. It
contains substantial sexually explicit scenes and graphic language
which may be considered offensive by some readers. Please store
your files where they cannot be accessed by minors.

This is a work of fiction. Names, characters,
places and incidents are solely the product of the author’s
imagination and/or are used fictitiously, though reference may be
made to actual historical events or existing locations. Any
resemblance to actual persons, living or dead, is entirely
coincidental.

Five years ago, a team of brilliant
scientists created an artificial wormhole to another reality.

Seven months later, another even more
brilliant team of scientists created a way to travel through said
wormhole without dying painfully in the process.

It needed a lot of energy, and it was
considered to be a big risk, but the wormhole was used to find
other realities to colonize.

They found one. Another planet Earth,
uninhabited by humans. It was decided to use it as Alpha Site for a
new colony.

The colonization began with a first wave of
settlers. Two hundred sixty-four people including children. Forty
head of cattle, twenty horses, six cats, and three dogs. Their
mission was to build a second colony for the next wave of settlers,
and to start preparing the planet for a full colonization.

On day 183 all contact with the settlement
was lost.

The structure of government buildings, known
among the staff as Wormhole HQ, was just outside of Rome, under its
own atmospheric shield. Since the general public wasn’t
specifically aware of the project, few people knew that the largest
of the three buildings on the immaculately trimmed lawn housed an
artificially created wormhole. An artificially created wormhole and
Phil and Tom deLuca, seventeen year old twins, brilliant enough to
be the engineering heads of the Alpha Site Operation for, as they
dubbed it, Alternearth.

Their lab was a tiny room directly above the
wormhole chamber. It was cluttered to equal parts with monitors,
computers, technical junk, spare parts, cables and personal
belongings. Strewn about here and there to complete the picture
were pizza cartons, juice boxes and the occasional sock. In one
corner stood a bunk bed, which was used both as sleeping place and
storage shelf.

Tom, taller by point two inches and older by
point two minutes, was under an array of outlets, plugging and
de-plugging cables to find out if there wasn’t a more efficient way
to connect their game console. His ebony hair stuck out in all
directions—he hadn’t had time to comb it after lunch at the
cafeteria two days ago. His brother’s surprised yell made him
jump.

“What? What?” he screamed over the eternal
buzzing of the computer he still sat crouched under. Turning
around, a bundle of cables in hand like a flower bouquet, he peeked
up. Phil stood at their largest monitor, a petrified look on his
face.

“It’s gone!” was all Phil seemed capable of
uttering.

Tom’s eyes widened in horror. “The whole
score? No way, man! I knew I shouldn’t have plucked the green
cable! Darn!”

“Phil,” sighed Tom. He got up and joined his
brother, to look at the monitor. “First of all, we agreed on Jack.
And second: wormholes don’t just go away, they — holy pissed off
Zeus! What did you do? What did
I
do? What did
we
do?”

The accumulated stream of data, which gave
them constant updates of the wormhole’s status, had been
interrupted. Instead of endless rows of binary code flicking over
the screen, the monitor merely showed one horrible sentence:
“Wormhole Status: Offline”.

Tom’s hectic pressing of keys dissolved
Phil’s catatonic composure. Together they used four of the other
computers to find out what was happening. Tom even rushed
downstairs into the wormhole chamber to check on the machine they
used to create Jack, but it didn’t make any difference. The
wormhole could not be opened again.

“General Fatique is so going to fry us for
this,” Phil remarked when they had established that Jack or Tony
was not coming back online, no matter how hard they hit the ‘reset’
button.

“Do you think Burke’ll tag along when Fatique
comes to bust our butts?” Despite the already horrendous scenario,
Tom’s voice managed to sound even gloomier. Phil groaned. Fatique’s
personal assistant was not their favorite person, mostly because
Elizabeth Burke kept trying to cut down the engineers’ daily
chocolate and caffeine input. She gave lectures on healthy eating
on a regular basis,
mandatory
lectures.

“She’s evil, man!” Tom whispered as they both
recalled Burke’s latest attempt to remove all cereal bars from the
cafeteria; it had resulted in an underground smuggling movement—the
prices were through the roof these days!

To that Tom could only nod.

Chapter 2: In the Shadow of the Lighthouse

There was not much going for the ancient city
of Alexandria. It was almost deserted, and unprotected from sand or
magnetic storms by any sort of energy field. On top of that,
Alexandria was unbearably hot in the summer, but haunted by
blizzards in the winter. Those who did live here did so out of
necessity rather than personal desire: criminals, outlaws,
fugitives, and those who were too poor to go anywhere else.

The man who was called Yuhanan Ibn Sahra
belonged in the first category, and probably the second and third,
too. He lived wherever he chose to, but his business office was in
a crypt underneath the great library, as those who were in need of
things knew. Those who were in need of things were allowed into the
cool, candle lit chamber to leave a note in a hole in the wall,
describing the nature of their need, the offer of a payment, and
the equivalent of an address. If they were lucky, their offer was
accepted, and the man they knew as Yuhanan would contact them. But
mostly he was away on business, equipping slave markets with wares
and smuggling people out of or into Egypt.

His name was John, but he had been Yuhanan
for a long time now. Standing beneath the old lighthouse in
Alexandria’s harbor, he held up a small lantern to show the boat of
fugitives the way. Mostly Turks, some Greeks, and he knew there
were two Britons among them. All of them trying to make a new life,
hoping the authorities wouldn’t find them. John assumed that at
least five of the twelve fugitives were escaped convicts, probably
murderers. He didn’t care. He didn’t ask whom he gave a second
chance, as long as they paid him enough.

When the boat came into view, illuminated by
the water that reflected the stars and a waning moon, John pulled a
hood over his turban to conceal his face. Then he stepped down to
the small moorage to give the boatswain a hand. He let the
fugitives climb out, collected his payment, then led them across a
narrow rope bridge onto the mainland via two more islands. He did
all that without speaking to anyone, and the fugitives, tired from
their long individual journeys, and probably hungry and cold, kept
silent as well.

John was tall, and that was about all these
people would ever recall about him. Not his deep voice, roughened
by the air that was perpetually pregnant with sand; not his dark
circled eyes, not the long sandy mess that was his hair, nor the
dark tan of his sunburnt skin. When these people fell back into the
hands of the police, and a lucrative deal John had with the Chief
of Police in Kafr el Dauwar made sure of that, all they’d remember
was a man with a beard; a description that, in Africa, was about as
remarkable as a fish with gills. They didn’t even know who he
really was—for all they knew, the silent man who led them into the
relative safety of an outlawed zone was but a dogsbody to someone
called Yuhanan, who may or may not even exist.

He knew it was only a matter of time until
his playing both sides would backfire and he’d have to travel; but
John was no stranger to this game. He had perfected this to the
last lie, and his belongings, the few he really possessed, were in
a safe location, waiting for the day he once again needed to
leave.

The sun began its ascent when John made it
back to the library again to count his payments. In one of the
unknown rooms of the now deserted and mostly ruined building he had
built a hide-out for himself and his horse. He sat down on a straw
mattress and sifted through the items he got last night. As usual
he arranged them in two piles—things to keep and things to trade.
It wasn’t much this time. The least valuable item seemed to be a
fake pearl bracelet, the most valuable a bag with apples. Most
valuable perhaps, John decided as he bit into one, but too good to
trade.

The morning after the news of the wormhole's
closing, the chief staff of the First Wave Program met in a
conference room in the smallest of the HQ buildings. Led and
assembled by General Safiy Fatique, who was in charge of the entire
Alpha Site Operation on Earth. A man well into his sixties, who
looked younger and made a point of dealing with most matters
personally. He knew all of the staff by name, rank, and biography,
and although he often came across as a hardened professional, he
was in fact emphatic and always willing to do what was best for
everyone involved, even if it meant walking the middle ground more
often than he liked to.

Fatique sat next to Dr Summer Paige and his
personal assistant Elizabeth Burke, a position he rather
enjoyed.

“Doctors deLuca can’t figure out what has
happened,” Fatique concluded his assessment, “and it may well be
that it is only a temporary bird in the system—”

“Bug,” Burke corrected him, an objection he
ignored.

“Nevertheless, we have to take this
seriously. Not only is the colony now left to its own devices, but
it also means that, at least for now, we can’t deliver building
material to complete the second colony,” Fatique said.

Gordon Smith, a twitchy young man who was
mainly overseeing the budget, immediately raised his arm. A rather
pointless endeavour, since he began talking the second his hand
shot into the air. “So the second colony won’t be ready in time?
What does that mean? For us? For the project?”

Democracy Matters by Cornel West
A Clash of Aliens (The Human Chronicles Book 13) by T.R. Harris
Dangerous Territory: An Alpha Ops novella by Emmy Curtis
Nation and Family: Personal Law, Cultural Pluralism, and Gendered Citizenship in India by Narendra Subramanian
She Fell in love with a Thug: Deuce & Italy by Day, Anjela
Day Shift (Midnight, Texas #2) by Charlaine Harris
Seven Days of Friday (Women of Greece Book 1) by Alex A. King
Voices in the Dark by Lacey Savage
Self-Sacrifice by Struan Stevenson
An Honest Heart by Kaye Dacus