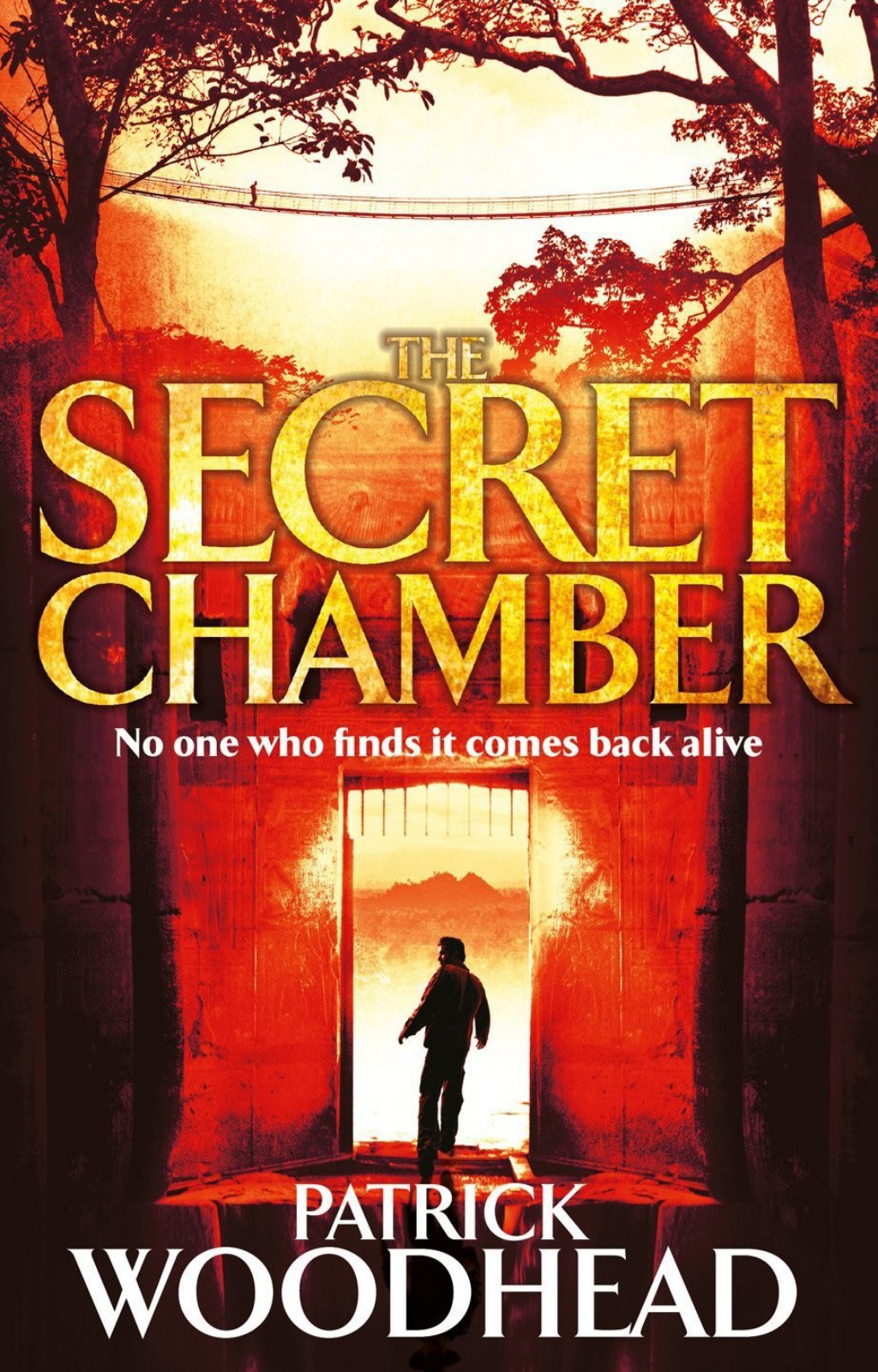 A gifted young English doctor disappears into the dark heart of the Ituri Forest in northern Congo. He is not the first. No one who goes there ever comes back. One man is tasked to find him: brilliant and damaged climber Luca Matthews.

Mining troubleshooter Beatrice Makuru has her own reasons for venturing into the same region. Coltan – the mineral essential to every laptop and mobile phone on the planet – is running dry, and the Congo is the key to the mystery. As a new wave of Chinese demand grips Africa, the race is on for its mineral wealth.

In the depths of the terrible forest, a plan is taking shape – so simple, yet so daring, it will rock the foundations of the civilised world. As the world’s eyes turn towards the Congo, Luca and Beatrice find themselves embroiled in a mystery far more dangerous than just a simple quest for a friend.

Patrick Woodhead has been professionally exploring for the last eight years. He has scaled unclimbed mountains in Kyrgyzstan, Tibet and Antarctica, kayaked through the unchartered tributaries in the Amazon and skied over 4,000 km across Antarctica. He is also the founder of White Desert (
www.whitedesert.com
), the first luxury safari company in Antarctica, and divides his time between London and South Africa.

Misadventures in a White Desert 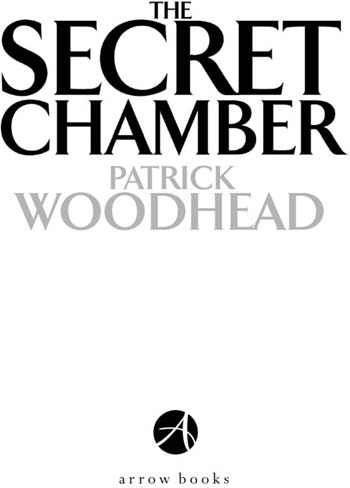 To the farmers at the refuge camp. May you find
your way home.

THE MAN WAS
running, arms outstretched, fingers splayed, as if trying to feel the way.

It was early in the morning and the first of the sun’s rays had just broken over the wide basin of the jungle. Despite the half-light coming down through the trees, the man’s eyes burned as if exposed to it for the first time. Dark rings of exhaustion circled each eye, while his skin was ashen white. He squinted, trying to see a way through, but there was only the jungle.

He stopped by the low branches of an acacia tree, feeling his pulse beat at his throat and his lungs burn. Mud oozed up from between his bare toes and, for a moment, he simply stared at his feet, too tired to continue. After six hours of running, he had nothing left to give.

There was the sound of slapping leaves, then a high-pitched call. They had found him again.

Two hundred metres behind where he stood, three Congolese men moved with the skill of hunters born to the
jungle
. Their actions were fluid and self-assured, weapons held loosely in their left hand while their right was spread wide for balance. They were conserving energy, more jogging than running, being careful not to injure themselves on the treacherous ground.

All were naked except for a tasselled belt of twine wrapped around their waists and draped down between their thighs. The lead hunter was taller than the other two, with long, supple muscles that flexed across his back as he ran. His black skin gleamed with sweat; his nostrils flared wide as he drew the air deep into his lungs.

He looked up, recognising the acacia tree. They were nearing the river.

Quickening his pace, the lead hunter took one of the arrows from his fist and ran it across the shaft of his bow, finding the string without looking down. In almost a single movement, he jolted to a stop and loosed the arrow. It sliced through the broad leaves at waist height, missing its mark by a few inches and sinking into the bark of a narrow tree.

They were closer now, only twenty metres behind the man. Saplings still swayed as they passed them, while the hunters could hear the ragged sound of his breathing. As they crested a ridge they suddenly found themselves out in the open. There was the river, its waters brown and heavy in the heat. It wound through the jungle like the body of a giant snake, the only break in the canopy for hundreds of miles in each direction.

Raising his hand against the sun’s glare, the lead hunter watched as ripples fanned out across the water. He waited,
bow
raised, for the man to surface. Then, almost a third of the way across, the water exploded with movement. They could see the man’s head thrown back as he gasped for air, his body drifting sideways in the current.

For a moment, the hunters remained still, watching. Then, without a word, they retreated back into the jungle.

The man stared back in confusion before slowly swinging round towards the opposite bank. He swam with both arms clumsily slapping against the water, and with each stroke his face dipped further beneath its foul surface. He was tiring fast. Soon, he could do no more than keep himself afloat, coughing as the water seeped into his mouth. The river was pulling him downstream towards a narrower stretch, its bed and banks strewn with huge granite boulders.

There were the hunters. Just standing there, bent low, waiting.

He tried to duck under the surface one last time and escape them, but sinewy fingers delved deep into the water, dragging him sideways on to the rocks. The man lay there, too tired even to raise his hands in self-defence, while the hunters bound his wrists with a thin twine cord, the fibres toughened from age. Dragging him to his feet, they looped a noose around his neck, pulling it tight into his throat. They pushed him back into the jungle, moving in single file and so close to him that he could smell the wood smoke on their skin.

‘
S’il vous plaît
…’ Please, he begged, but they didn’t respond.

The procession twisted one way then the next, not pausing, through the maze of trees and undergrowth, until finally they started to climb. The canopy grew thinner, with natural light pouring in through the gaps between the treetops with burning luminescence. Overhead, a vast column of black rock slowly appeared, dust swirling around its base in the breeze. Before they even reached it, the man could feel the heat of the volcano and smell the bitter stench of sulphur.

A wide crack ran down the rock face in front of him, funnelling back into the mountain. As he was pulled to a halt in front of it, he slowly sank to his knees, knowing only too well what lay in the shadows.

‘
Libérez-le
.’ The order to release him came from the darkness. There was the faint scraping sound of a boot, then a silhouette appeared just beyond the line of shadow.

‘
Faites-le rapidement!
’ Do it quickly.

The hunters hesitated a second more, not wanting to come closer. Then, snatching off the noose, they pushed the man forward, pitching him on to his hands and knees. Tears welled up in the corners of his eyes, mingling with the sweat running down his cheeks.

‘Joshua … Joshua,’ came the voice again. ‘You have only to ask forgiveness. All I have ever wanted is that you should open your heart.’

The silhouette moved closer, its hands reaching out into the bright sunlight, gently pulling him closer.

‘Come back to us, Joshua. Repent and you shall be forgiven.’

‘I do. I do,’ he blurted out, his voice choking with fear. In front of him, he saw the apparition slowly lower itself to its own knees. It was close now, almost touching him.

‘See how easy it is,’ the voice whispered. An arm reached forward to pat him on the back.

Joshua suddenly screamed as a knife was stabbed into the back of his right thigh. His mouth widened, the scream becoming high-pitched as the blade worked back and forth, severing his hamstring. A second later the knife was yanked free and Joshua was pushed back on to the hard rock.

‘You may be forgiven,’ came the voice one last time, ‘but now you can never leave us.’

A LOW-PITCHED, MECHANICAL
noise bled out across the openness of the Kalahari Desert. It reverberated for a moment longer before being lost to the huge, still skies.

Three thousand feet above the scrubland and winding past the sporadic towers of brilliant white cloud, a Cessna 206 gradually made its way west. In the left hand seat of the low cockpit sat Beatrice Makuru, her long body hunched forward and one hand loosely gripping the control column. The side of her head was pressed against the perspex window as she idly watched the desert pass by beneath. It was hot inside the plane, the air stifling despite the vents being fully open, making her feel heavy and lethargic.

Every few seconds, her eyes flicked back to the instruments, instinctively scanning from left to right, the airspeed indicator, the DI and altimeter, before settling back upon the unchanging landscape beneath. She yawned, her wide, brown eyes blinking several times as she tried to force herself awake and find some sort of reference point outside the
cockpit
. But the desert was just too vast. It drifted past, endless and desolate, and she let her gaze blur in and out of focus. It seemed strangely peaceful out there, as if the sheer absence of people was something to be treasured. Ever since she could remember, she had always preferred to be alone, the solitude matching a rare stillness in her character.