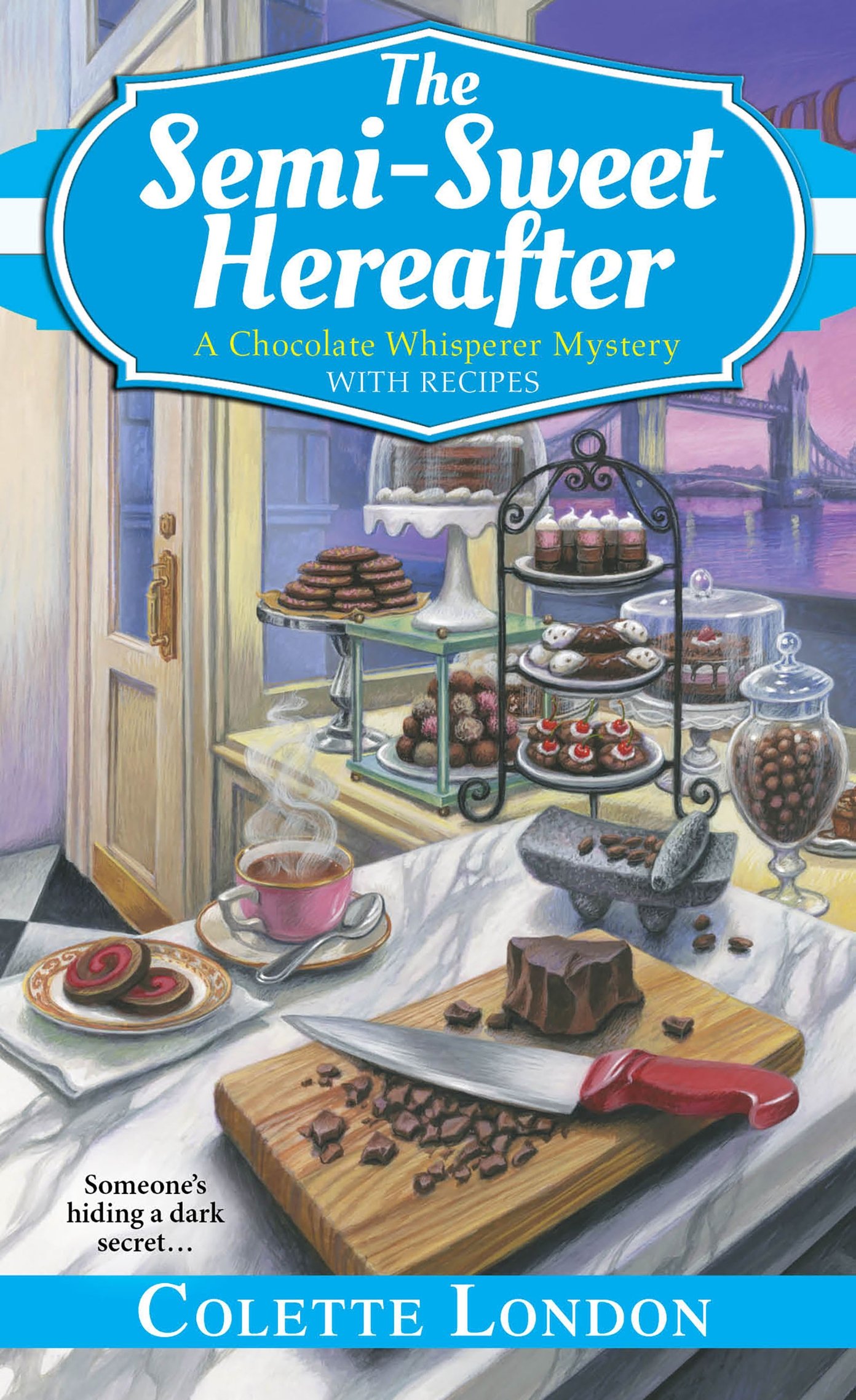 REST IN CHOCOLATE PIECES
“Hasn't it occurred to you that Gemma Rose might know that you're with
me?
She's smart. Maybe she's using you to find out what I've learned while investigating Jeremy's murder.”
Danny's expression looked incredulous. “Not bloody likely.”
“It's possible,” I insisted, unmoved by his sardonic use of that British slang. I could be stubborn too. “Watch out.”
“You watch out,” my bodyguard shot back irritably. He didn't look at me, but most of his earlier gleefulness had left his face. “I'm seeing Gemma later, and you can't stop me.”
“I'm seeing Liam later, and you can't stop me.”
“I don't care about stopping you.” Danny touched my elbow, steering me backward. I was dangerously close to the yellow line that marked the platform's edge. One overeager commuter, one overzealous bump, and I'd be toast. “I'm too happy to bother.”
I studied him and saw that it was true. “Just be careful,” I relented. We could handle an argument. We always did. “Keep an eye out for tricks. Or murder plans. Or evidence! I need some.”
“I could say the same to you, about Hulk Hands.”
“I don't think Liam is guilty. Just misguided about sugar.”
Books by Colette London
Criminal Confections
Â
Dangerously Dark
Â
The Semi-Sweet Hereafter
Â
Â
Â
Published by Kensington Publishing Corp.
The Semi-Sweet Hereafter
COLETTE LONDON