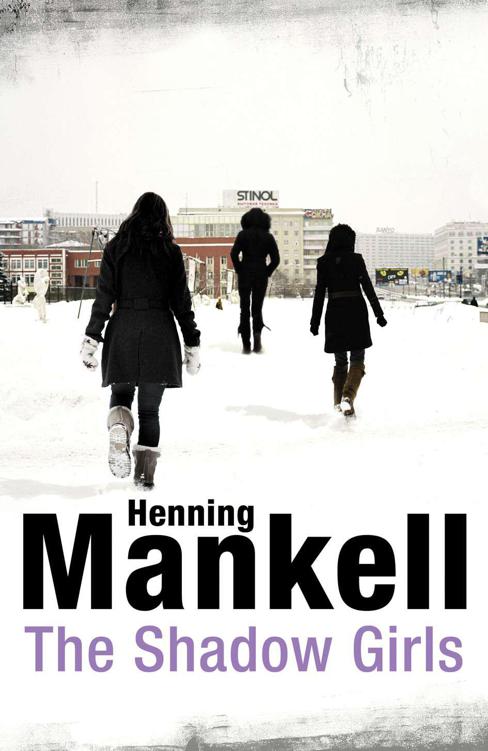 Henning Mankell has become a worldwide phenomenon with his crime writing, gripping thrillers and atmospheric novels set in Africa. His prizewinning and critically acclaimed Inspector Wallander Mysteries are currently dominating bestseller lists all over the globe. His books have been translated into forty-five languages and made into numerous international film and television adaptations: most recently the BAFTA-award-winning BBC television series
Wallander
, starring Kenneth Branagh. Mankell devotes much of his free time to working with Aids charities in Africa, where he is also director of the Teatro Avenida in Maputo. In 2008, the University of St Andrews conferred Henning Mankell with an honorary degree of Doctor of Letters in recognition of his major contribution to literature and to the practical exercise of conscience.

The Dogs of Riga

The Man Who Smiled

The Return of the Dancing Master

Chronicler of the Winds

The Eye of the Leopard

The Man from Beijing

I Die, but the Memory Lives on

A Bridge to the Stars

Shadows in the Twilight

When the Snow Fell

The Journey to the End of the World

The Cat Who Liked Rain

Translated from the Swedish by
Ebba Segerberg

IT WAS ONE
of the last days of the twentieth century.

The girl with the big smile was awakened by the sound of raindrops hitting the tent cover above her head. As long as she kept her eyes closed she could imagine that she was still back in the village by the cold, clear river that spilled down the side of the mountain. But as soon as she opened her eyes she was thrown out into an empty and unfathomable world, one in which nothing of her past remained except disjointed images of her escape. She lay still and slowly let herself float up into consciousness, trying not to leave her dreams without preparing herself. These first few minutes of the morning often determined the way her day would turn out.

During the three months in the refugee camp she had developed a morning ritual that helped her avoid being overcome with sudden panic. The most important thing was not to rush up from her uncomfortable cot with the misguided notion that something momentous was about to occur. By now she knew that nothing ever happened here. This was the first lesson she learned after she had dragged herself onto the rocky European beach and been greeted by guard dogs and armed Spanish border guards.

Being a refugee meant being lonely. This was something that was true for them all, regardless of what country they had come from or what circumstances had forced them to flee. She didn’t
expect her loneliness to leave her soon, in fact she had prepared herself to live with it for a long time.

As she lay with her eyes closed she searched for a foothold in the confusion of all that had happened since her arrival. She was being held in a refugee camp in southern Spain, lucky to be one of the few survivors from that mouldering ship from Africa. She could still remember the air of expectation aboard. Freedom has a scent, she thought, which only grew more overpowering as land approached. Freedom, security, these were what they wanted. A life where fear, hunger, and hopelessness were not the only reality.

It had been a cargo-hold of hope, she thought; although it was perhaps more correct to call it a cargo-hold of illusions. Everyone who had been waiting on the Moroccan beach that night and who had placed their lives in the hands of the ruthless human smugglers had been ferried over to the waiting ship. Sailors who were little more than shadows had forced them down into the cargo area, as if they were modern-day slaves.

But there had been no iron chains around their ankles. What had ensnared them were their dreams, their desperation, all the fear that had driven them to break up from various hells-on-earth in order to make their way to freedom. They had been so close to their goal when the ship hit a reef and the Greek sailors had left in lifeboats, leaving the people in the cargo hold to save themselves.

Europe let us down before we even arrived, she thought. I will never forget that, whatever happens to me in the future. She didn’t know how many people had drowned, nor would she ever find out. The cries for help still pulsated like a pain in her head. At first she had been surrounded by these cries, then one by one
they had fallen silent. When she hit land she had praised her luck. She had survived; she had arrived. But for what? She had quickly tried to forget her dreams. Nothing had turned out as she had imagined.

A harsh spotlight had picked her out as she lay on the cold and wet Spanish beach. The dogs had run up to her and then the soldiers surrounded her with their shiny weapons. She had survived. But that was all. Afterwards she had been placed in the refugee camp with its barracks and tents, leaky showers and dirty toilets. On the other side of the wire fence she could see the ocean that had released her, but nothing else, none of the future she had imagined.

The people in the refugee camp, so varied in their language, dress and terrible experiences – imparted through a look or sometimes words – had only this in common: nothing to look forward to. Some had been there for many years. No country was willing to admit them and all of their energies were devoted to avoiding being sent back. One day, as she had been waiting in line for her daily rations, she spoke with a young man from Iran – or was it Iraq? It was often hard to know where people came from since they invariably lied about it in the hope that it would make their applications for asylum more attractive. He said that the camp was simply a large death chamber, a holding place where the clock ticked on relentlessly towards death. She had immediately understood what he meant but tried to ignore the thought.

His eyes had been full of sorrow. They surprised her. Since she had grown to be a woman all she had seen in men’s eyes was a kind of hunger. But this thin man seemed not to have noticed her beauty nor her smile. This had frightened her. She could not stand the thought that men did not immediately desire her, nor
that the long and desperate flight had been for nothing. She, like all the others who had been caught, lived in the hope that her ordeal would one day be over. Through some miracle someone would one day appear before her with a paper in his hand and a smile on his lips and say: Welcome.

In order not to drive herself insane she had to be very patient. She understood that. And patience could only arise if she did not allow herself any expectations. Sometimes people in the camp committed suicide, or at least made serious attempts. They were the ones who were not strong enough to stifle their own expectations and the burden of thinking that their dreams would one day be realised finally overcame them.

Therefore, every morning when she woke up, she told herself that the best she could do was to rid herself of hope. That and never mentioning her true country of origin. The camp was always a hotbed of rumours about which countries offered the best chances for asylum applicants. It was as if the camp were a marketplace of countries where the possibilities for entry were recorded on a kind of stock market. No investments were ever long-lasting or secure.

A short while after she arrived, Bangladesh had been highest on the list. For some reason that they never understood, Germany was granting immediate asylum to all people who could prove that they came from Bangladesh. During an intense few days people of all complexions and appearances waited in line in front of the exhausted Spanish bureaucrats and argued with great fervour that they had suddenly realised they were from Bangladesh. In this way at least fourteen Chinese refugees from the Hunan province made their way to Germany. A few days later Germany ‘closed’ Bangladesh, as they said in the camp. After three days of
uncertainty a rumour was started that France was prepared to take a certain quota of Kurds.

She had been unsuccessful in her attempts to research where the Kurds actually came from or what they looked like. Nonetheless she stood in line with the others and when she at last stood in front of a red-eyed clerk with the name tag ‘Fernando’ she smiled her sweetest smile. Fernando simply shook his head.

‘Tell me what colour you are,’ he said.

She immediately sensed danger, but she had to say something. The Spanish didn’t like people who didn’t answer their questions. A lie was better than silence.

‘You are black,’ Fernando said in reply to his own question. ‘There are no black Kurds. Kurds look like me, not you.’

‘There are always exceptions. My father was not a Kurd, but my mother was.’

Fernando’s eyes seemed only to redden. She continued to smile. It was her strongest weapon, it always had been.

‘And what was your father doing in Kurdistan?’

Fernando threw his pen down in triumph.

‘Ha! There is no Kurdistan. At least not in any official capacity. That is exactly the reason that Kurds are fleeing their country.’

‘How can they leave a country that doesn’t exist?’

But Fernando lost patience with her. He waved her away.

‘I should report the fact that you have been lying,’ he said.

She thought she could suddenly see a spark of interest in his eyes.

‘You are speaking the truth?’

The spark in Fernando’s eyes died away.

She decided in that moment to give herself an entirely new name. She looked quickly around the room and her gaze fell on the teacup on Fernando’s table.

‘Is that a Kurdish name?’

‘It must be since that is what she called me.’

Fernando sighed and dismissed her with a tired wave. She left the room and did not let the smile leave her face until she was out in the yard and had found a place by the fence where she could be alone.

The rain continued to fall on the roof of the tent. She pushed away all thoughts of Fernando and her failure to impersonate a Kurd. Instead she tried to recall the uneasy and wild dreams that had rushed through her head all night. But the only impressions still left were like the ruins of a burned house, the blurry shadows that had surrounded her as she slept, shadows that seemed to creep out of her head, put on strange plays and then disappear again into the depths of her brain. She had seen her father curled up on the rooftop in their village. He had been cursing his imaginary enemies, threatening to kill the living and raise the dead, and he had stayed up there until he fainted from
exhaustion and rolled off, landing in the dry sand where Tea-Bag’s distressed mother had tearily pleaded with him to return to his senses.

The Caliph's House by Tahir Shah
Great Historical Novels by Fay Weldon
01_Gift from the Heart by Irene Hannon
Notes to the Complete Poetical Works of Percy Bysshe Shelley by Mary Wollstonecraft Shelley
Beast of Caledonia by Kate Poole
The Making of Zombie Wars by Aleksandar Hemon
Briar's Book by Pierce, Tamora
Thigh High by Edwards, Bonnie
The Fraud by Barbara Ewing
Trouble In Spades by Heather Webber