Read The Silent and the Damned Online

The Silent and the Damned 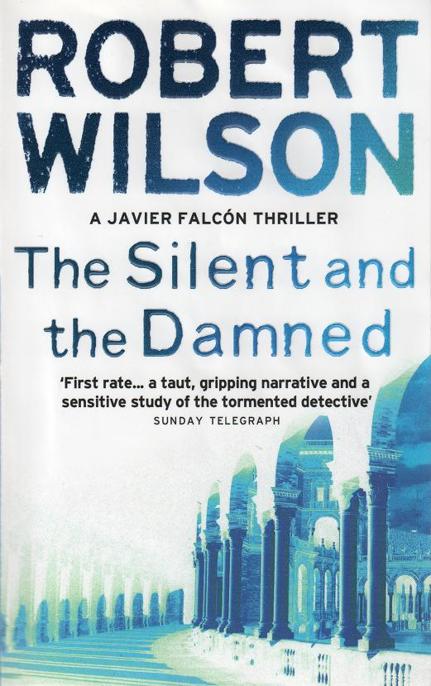 Annotation
Mario Vega is seven years old and his life is about to change forever. Across the street in an exclusive suburb of Seville his father lies dead on the kitchen floor and his mother has been suffocated under her own pillow. It appears to be a suicide pact, but Inspector Jefe Javier Falcón has his doubts when he finds an enigmatic note crushed in the dead man's hand.
In the brutal summer heat Falcón starts to dismantle the obscure life of Rafael Vega only to receive threats from the Russian mafia who have begun operating in the city. His investigation into Vega's neighbours uncovers a creative American couple with a destructive past and the misery of a famous actor whose only son is in prison for an appalling crime.
Within days two further suicides follow – one of them a senior policeman – and a forest fire rages through the hills above Seville obliterating all in its path. Falcón must now sweat out the truth, which will reveal that everything is connected and there is one more secret in the black heart of Vega's life.
Robert Wilson
The Silent and the Damned aka The Vanished Hands
Javier Falcon 02, 2004 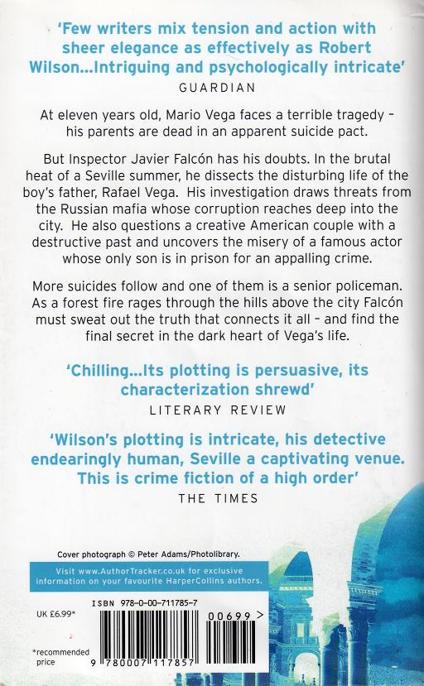 For Jane
and
José and Mick

Ha, ha! what a fool Honesty is! and Trust his sworn brother, a very simple gentleman!
Shakespeare, The Winter's Tale

Fear is the foundation of most governments.
John Adams, second President of the United States

RAFAEL
[blinking in the dark]

Inspector Jefe Javier Falcón had finished his breakfast and was sitting in his study in the centre of his enormous, inherited eighteenth-century house in Seville's old city. He was finishing his coffee and looking at the manual to a digital camera he'd bought a week ago. The glass door of the study opened on to the patio. The thick walls and traditional design of the house meant that air conditioning was rarely needed. Water trickled in the marble fountain without distracting him. His powers of concentration had come back to him after a turbulent year in his personal life. His mobile vibrated on the desk. He sighed as he answered it. This was the time for dead bodies to be discovered. He walked out into the cloister around the patio and leant against one the pillars supporting the gallery above. He listened to the blunt facts stripped of any tragedy and went back into his study. He wrote down an address – Santa Clara – it didn't sound like a place where anything bad could happen.
He put the mobile in the pocket of his chinos, picked up his car keys and went to open up the colossal wooden doors to his house. He drove his Seat out between the orange trees flanking the entrance and went back to close the doors.

Lost on Mars by Paul Magrs
You Knew Me When by Emily Liebert
Stone of Tears by Terry Goodkind
The Silence of Six by E. C. Myers
Bull's Eye by Sarah N. Harvey
The Victim by Eric Matheny
Invisible Terror Collection by Bill Myers
The Shop by J. Carson Black
Conspiracy of Angels by Michelle Belanger
El espíritu de las leyes by Montesquieu