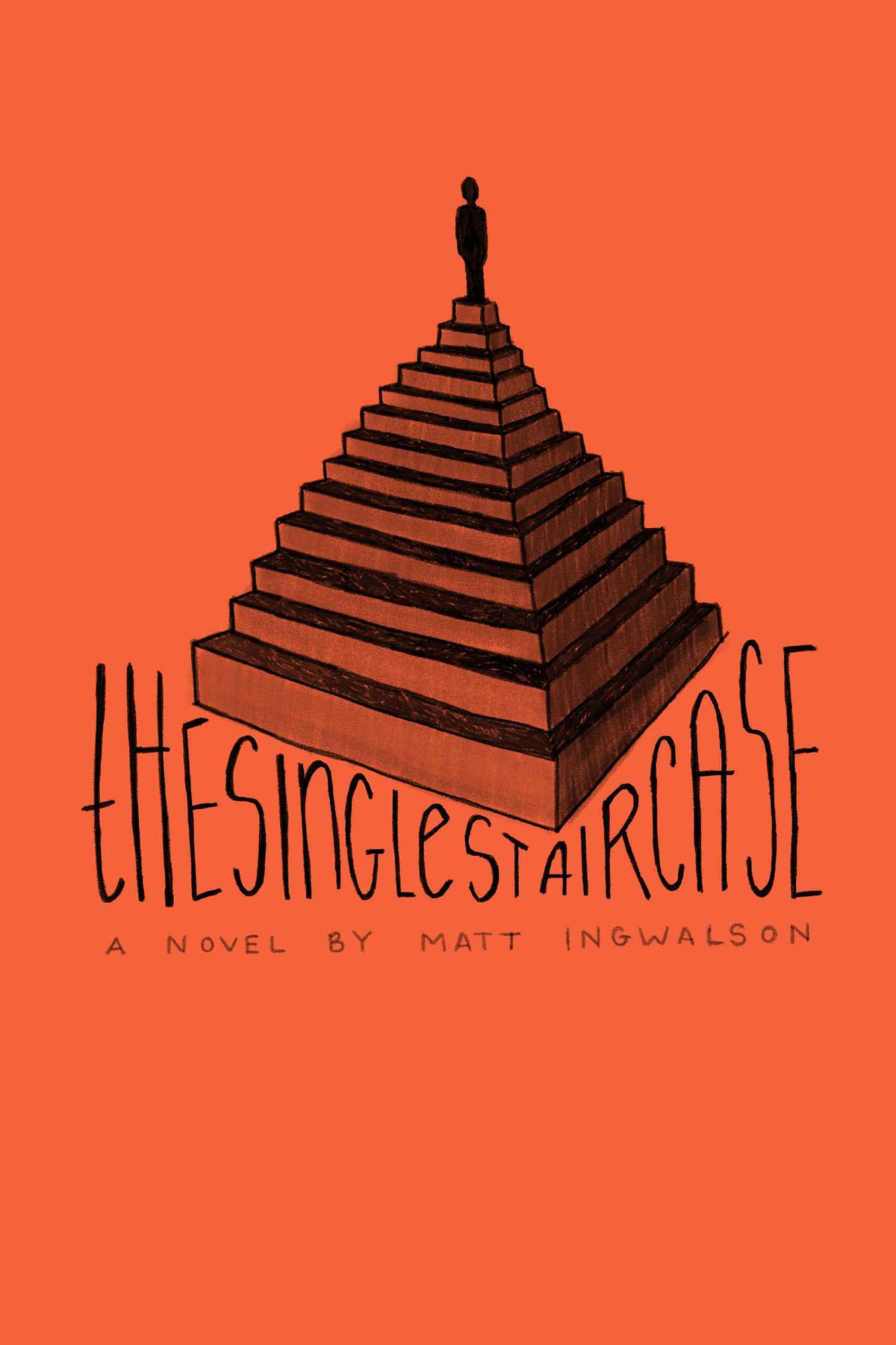 “Of course the dad did it. Maybe the mom. That’s it. Those are your choices.”

Raccoon didn’t say anything, but Owl could
see
the struggle in his face. So Owl continued. Probably longer than he would have otherwise.

“I know you don’t want to believe it, but you have no idea how common things like this are. Couple has a baby. They got financial problems, they can’t handle the
crying
, whatever. One of them cracks. Puts a pillow over the baby’s face and if they’re smart they say it was SIDS and that’s the end of the story. I don’t even think there is such a thing as SIDS. I think it’s just another name for death-by-parent. People kill their own kids all the time. It’s a sick world, Raccoon. This isn’t any different.”

He looked again. Raccoon looked back again. Nothing had changed. Who kills their own kid?

Owl spoke again. “They all look exactly that pathetic, you want to believe they’re innocent. Your brain plays tricks on you. They’re not innocent. One of them killed that baby. Maybe both of them. We just have to prove it.”

And at last, Raccoon nodded. He looked at the carpet, he looked up and said, “Yeah. How?”

There was one way the case was different. Owl knew it. There was no body. No baby anyone could claim had rolled over into the wrong blanket on the wrong warm evening. The little girl her parents had named Sophia Grey was just gone.

And the story they told was this:
They put their three-month-old to bed. They went downstairs and watched a movie on TV. After it ended, mom went up the stairs to check on her baby.

Not in the crib. Not on the floor. Not under the bed or in the closet.

Couldn’t walk, could barely lift her head. Yet she was gone.

And even as Raccoon tried and tried to concoct a kidnapping, he knew it would have been impossible for anyone to take Sophia Grey. The nursery was on the third floor of the family’s townhome. It had no balcony. Every window on the third floor was locked from the inside. There was only one staircase from the third floor down to the second floor. And that single staircase landed right in the family room, where the Greys sat, they claimed, watching TV.

“Their own story proves it. No one could have got to that baby besides them.”

“Because criminals are fucking stupid, Raccoon. I already told you if they had a brain they would’ve claimed it was SIDS. But they don’t. They killed that little girl, panicked, got rid of her body and didn’t have the brainpower to construct an alibi.”

“Or one. Yes. Maybe one did and now the other one is helping cover up.”

“Why would you cover for someone who murdered your daughter?”

Owl looked at Raccoon. Owl had kids. Two of them. Ages 19 and 21. How do you explain what it’s like? He had a wife, too. Still by his side, now that his kids were
old enough for
college. She’d been with him when he was drinking. Been with him through two shootings he’d done with SWAT.

Raccoon had been SWAT, too.
Far more recently than Owl.
He’d once rappelled three stories off a roof onto a balcony, set up a sniper rifle
,
and waited for a shoot order that never came.
So Owl
knew exactly what Raccoon was thinking
as the young
er
detective looked at the nursery window
.

Raccoon turned to one of the guys from evidence collection and pointed at the window. “You done with this?”

Raccoon popped the screen out carefully, pulled it inside, looked straight down onto the sidewalk three stories below. He stretched his head through the window, stretched half his body out it, looked up for purchase, for something to hold.

He reached up. His fingertips grazed
over the bricks. More nothing. No ledges, no notches.

He leaned out even further into the dawn sky.
Beneath him, four squad cars, lights flashing in the warm grey air.

He looked
up past the bricks
towards the roof. Steep, slanted, pitching off into the air over long walls.

A man rappels down, magically opens a locked window, grabs an infant. One-handed, he replaces the s
creen, climbs the rope back up.
And he gets down from the
roof of this
three story brick building how?

Raccoon imagined the silhouette of a
whole
team of kidnappers up on the roof, carrying off the kidnapping of the century so they could ransom the child for what?

What could the Greys possibly have that would make it worthwhile?

He looked back into the house at Owl and shook his head. Owl’s expression said, “Told you so.”

There were two cops in the hallway
outside the nursery
. Above them, a trap door to the attic. Owl pointed up at the hole in the ceiling. “There?”

Owl looked at them. No expression. Just stared and stared. After a moment, one of them moved. Quickly. “I’ll get a ladder.”

Raccoon pushed past Owl. “Oh, for fuck’s sake, I’ll go. Just give me a hand.”

Raccoon handed h
is flashlight to one patrolman. The o
ther cupped his hands at knee level. Raccoon nimbly stepped and reached, pushing the door open and catching the sides of the ceiling in one motion. He pulled himself up and perched on the edge, his legs dangling down into the hallway.

He looked down and clapped, motioned. The patrolman tossed up a flashlight.

Raccoon turned on the flashlight and scanned the attic, fast at first, looking for motion, for a
perpetrator
, for a
victim
. Then he went back over the space again with the beam more slowly. Blow-in insulation. Knee deep in places. Easy to hide a body up here. Bury little Sophia under the insulation until the heat is off. He cast the beam left and right, looking for a disturbance, a lump. He stood, straddling the attic door
. A
nd then
he
stepped lightly across the two-by-sixes, kicking here and there.

Without looking, he pulled a baton from his belt and flicked it open. Twenty-six inches long.

One square foot at a time, one careful step, he pushed the baton through the insulation. Again and again, drywall.

Finally, he reached the edge of the attic. Hunched over against the slope of the roof, he looked back. In ten minutes, he’d cleared maybe a tenth of the attic. He walked back to the door and dropped down, landing easily and almost silently on his feet.

“We need a couple guys up there. Too much ground to cover.”

Owl nodded and then looked against the wall. The officers were standing there. With a ladder.

Owl said, “Hey, you’re a couple guys. And you finally found a ladder.”

Owl and Raccoon walked the single staircase together, down
from the third floor into the family room.
Behind them, footsteps and snapping. Two guys from evidence collection, one with a camera to his eye.

The room was small. Too small. The couch 15 feet in one direction, an expensive flatscreen TV mounted on the wall right up against the stairs. No way anybody snuck through the room. Not with the parents watching TV in there.

The couch had been pulled aside. Owl pointed at it. “That?”

A patrolman said, “It’s how we found
it
. Parents said that when they saw she was missing, they ripped the house apart for an hour. Closets, furniture, looked everywhere they could think of.”

Raccoon said, “I buy that. Nobody thinks, ‘Of course our daughter was kidnapped under our noses.’ They thought she was hiding or something.”

Owl ignored him, didn’t bother explaining that a three-month-old couldn’t travel three feet in a day, much less plot out a game of hide and seek. “An hour. That’s how long it took them to hide the body. So that’s the amount of time they’re trying to account for. Figure 25 minutes to get there, 10 to bury, 25 to get back. So we look for anything within 25 minutes of here. Parks, ditches, storm drains, houses under construction. Think like a panicked parent. ‘I just killed my kid. Hey, I’m going to hide the body in the…’ Fill in the blank.”

Raccoon kept looking at the staircase. He shook his head. “Fuck.”

“Someplace on their way to work?”

Raccoon shook his head again and turned away from Owl.

There was a set of French doors in the family room. Raccoon
took two steps to them,
turned the deadbolt an
d stepped out onto the balcony.

It was small, a few feet of concrete with a small table and two sun chairs. It was surrounded by a metal railing and overlooked a little grass lawn about 10 feet down.

Above him, d
awn
had started. A
flood of orange spreading across
the
flat gray world.

Raccoon could hear Owl inside, bossing around the evidence collection team. And then his voice, louder, calling out
the doors
, “Hey Juliet, you got anything out there?”

“Nope,” Raccoon called back. He stepped inside.

The next single staircase led down to the first floor. A couple bookcases, a work desk with a laptop on it, big double doors leading out to the front walk.

Owl signaled to one of the evidence collection guys and then pointed at the computer. “That,” he said. “I want it. Search history, contents, hard drives, everything.”

The garage was empty, but for a mountain bike and a car. Owl put his hand on its hood. It was summertime, hot outside, hot in the garage. Did the engine feel warm? Raccoon put his hand on it too. “I can’t tell,” he said.

Raccoon flicked on his flashlight and illuminated the corners of the garage, the ceiling, the door, the space under the car. Empty.

Owl reached in through the window, trying not to touch anything. He hit the latch on the trunk and it thunked open.

Raccoon
flicked open his baton again. He used it to cautiously lift the lid. He
shone his
flash
light inside, reached in, held up a pacifier.

“Oh, come on. Every parent in the world has pacifiers coming out of their ass.”

“Who kills a baby and then sticks it in a trunk – with its pacifier?”

Owl looked down at the concrete floor, tried to answer, couldn’t. Raccoon had a point. “OK.”

Owl looked at him. No ice, no attitude. Just two hard brown eyes. “They still did it. One of them. Or both.”

“Speaking of them, you want to go see them?”

It was about 9 in the morning. The police station smelled like old walls and mold. Hardwood benches, scattered throughout wai
ting rooms and narrow hallways.

And
on one of them were the Greys.
Asleep.

Dad sat stiffly, unnaturally, hi
s head fallen over to one side.

Mom was cuddled close to him, somehow her whole body seemed to wrap around him, her face was in his neck, her hand was on his chest.

Owl didn’t even bother to look at Raccoon this time. He just stopped in his tracks and said, “Really?”

“They were up all night while the cops searched for their kidnapped child.”

“And then they get pulled down here and they fall asleep? Do people about to be accused of their missing child’s murder fall asleep in police stations? No. No, they don’t.”

Owl walked up to the patrolman behind the desk. “Why aren’t they separated?”

The patrolman shrugged. Blank eyes. He worked in an office that smelled like mold.

“Oh my fucking god. I want them separated from now on. I hope they haven’t had too much time together already. It could be too late.”