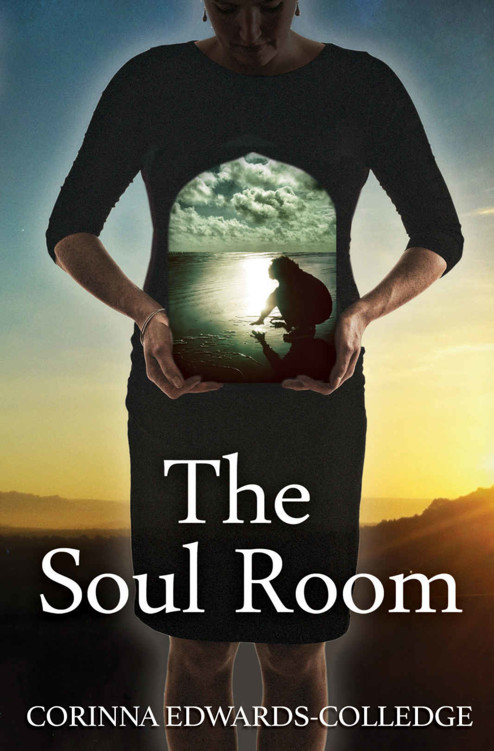 This book or any
portion thereof may not be reproduced or used in any manner whatsoever without
the express written permission of the author except for the use of brief
quotations in a book review.

Corinna Edwards-Colledge was born
and brought up in Chorlton-cum-Hardy in southern Manchester. She spent many
happy childhood Kendal-mint-cake-fuelled hours exploring magical local sites
like Alderley Edge and Stile Woods; and has taken an enduring love of the
natural world into her writing.

She studied English and Media at
the University of Sussex and went on to a diverse working life including running
art activities for kids on play-schemes and a few years in a local TV newsroom.
The stage also beckoned, the highlight of which being a raucous tour singing
and acting in a play written by and starring the late Brian Behan.

Writing has been a lifelong passion,
including poetry, short stories, screenplays and Corinna’s upcoming second
novel, Return of the Morrigan. For the past twelve years she has managed a
scheme for the local council, which encourages people to walk more for their
health and wellbeing.

She lives in Brighton with her
husband, and a loving if sometimes hectic, patchwork family including two kids
each, a dog, two cats and a tarantula called Doris!

To Vee, Maggie, Rashmi and Jill
in my writing group I offer great thanks – you have heard every word of this
novel and helped it grow. Most of all, thanks to Todd Kingsley-Jones, novelist
and tutor for the group – what he doesn’t know about the craft of writing isn’t
worth knowing!

Thanks to my first readers:
Gabrielle, Rebecca, Sally and Beth for their invaluable feedback and
suggestions. Particular thanks to my fellow writer and friend Shani Struthers,
who has been hugely generous in her advice and help in establishing myself as a
new author; as well as administering the metaphorical ‘cattle-prod’ and making
sure I’ve got this story out and being read.

The Literary Agent Judith Murdoch
also gave me valuable encouragement and constructive advice that helped shape
this version of the novel. Some of the suggestions were painful to carry out,
but I know a better story emerged because of them.

And last but not least – to Jim,
Saul, Jed, Roz and Alex. The baseline of love and fun you give to my life make
everything possible.

To my husband, Jim,

who believes in me
always.

The shock of the
heat when I left the plane at Rome airport was like a blow to the chest,
knocking the breath out of me. I gaped like a fish, trying to get enough oxygen
into my lungs, as I stood at baggage reclaim, watching the rucksacks and
suitcases move inexorably around the conveyer belt. An hour and a half later,
sweat was still running down my back as the battered old Mercedes taxi rumbled
up the dirt road towards Amarena’s vineyard. It was a beautiful landscape, at
least, my intellect told me it was beautiful; but my heart was still
disconnected from the rest of my senses, and I studied the green and terracotta
slopes and topaz sky with the detachment of someone flicking through a friend’s
holiday snaps.

It was strange returning to this place after over twenty years. We had
holidayed here a couple of times when I was a girl, but I had only the vaguest
memories of it.  Mostly I remembered playing with the Amarena’s children, and
the food; my favourite was a pudding made with milk and spices. I felt uneasy,
but unease was so much a part of me now, it had become a kind of emotional
tinnitus, noticed mostly on the rare occasions that it was absent.

‘
Venti Euro per favore
.’ We pulled up on a small gravel driveway,
avocado trees had grown unchecked by the gate, and one of the branches, weighed
down with fruit, was knocking on the roof of the taxi. I paid up and ducked
down as I opened the door. The taxi-driver got my bags from the boot, and put
them just inside the gate. ‘Amarena’s?’ he said, inclining his head towards the
small farm house at the end of the drive. Half of the frontage was covered in
scaffolding.

‘Yes, part of the estate. He’s going to rent it out as a holiday home
when it’s finished.’

‘So you not on holiday?’

‘Working?’ he said with mild incredulity, looking me up and down and
taking in my summer dress and flip-flops.

‘I’m a…at least I was a…I’m a gardener. I’m going to live here for the
Summer and do the garden while the builders finish off the house, then Amarena
can rent it out next year.’

‘Ah, si
. I hear in the village that he is away for the Summer, for
business.’

‘Yes, I’m hoping to surprise him, have the garden finished, for when he
gets back.’

The taxi-driver put his greasy cap back on his head, but didn’t quite
make it back into the car. ‘He’s a big man.’

I raised my eyebrows.

‘Signor Amarena. I just say, he’s a big man in these parts.’

The driver nodded his head slowly, got into the car and did an expert
three-point turn on the narrow road.  Within seconds I was on my own, and the
sound of the retreating car was slowly displaced by the discordant, grating
music of grasshoppers, playing their fiddles as if their lives depended on it.

The next morning
I woke up with a headache. The air-conditioning wasn’t working yet, and the fan
above my bed wasn’t particularly effective. I could almost hear the heat
knocking at the shutters on the window, which fitted well, but left just space
for a white filament of sunlight to escape where they met the frame. My skin
prickled, I threw the slightly damp sheet off me and on to the floor. I looked
marooned in the bed, my thighs incongruously plump and pallid. Mornings were
often the worst for me, unwanted memories leaking in as consciousness returns,
plunging me into a pit of self-loathing.  I managed to drag myself to the
shower and the simple satisfaction of the cool cleansing water on my body
helped to shake off my dark mood.

I spent most of
the morning acquainting myself with the farmhouse. I located all the crockery
and cutlery; found the cleaning cupboard, and a pantry well-stocked with
pickled vegetables, pastas, grains and spices. In the garden (at this moment
not much more than a tangle of wiry weeds, flattened earth and builder’s
detritus) I found a neglected shed, modestly concealing every garden tool I
could possibly need. They were all brand-new and of excellent quality and I
couldn’t help but feel a little rush of pleasure.  I picked up a pair of
mahogany-handled secateurs, opened them and tested the cutting edges against
the pad of my thumb. They were lethally sharp. I made a mental note to be
careful, to make sure I always closed them before putting them in my pocket.
The sense of self-preservation inherent in the thought surprised me. I had been
flirting with suicide for a while now, being slightly careless when crossing
the road, leaning a little too far over a friend’s balcony at a party,
low-level, but still enough to frighten myself.

I walked out of the cool gloom of the shed and into the throbbing heat.
The neglected garden stretched out before me, intimidating in its chaos, my
head hurt just thinking about what it would take to make it right.
I could
go home, could just go home
. It would be a bit embarrassing, but that was
all. It would be easy to call back the taxi-driver and his old Mercedes.
No,
I said to myself.
Not this time
.
This garden is a world of
possibilities. It’s showing me places that can be filled, transformed, brought
back to life
. It would be hard work, impossible perhaps to make real the
picture I had conjured in my head, but I decided then that I was going to try.

My arms ached as
I jabbed at the earth with the small pick-axe, upending the straggly but almost
indestructible weeds from the baked earth. They had taken hold of the area that
I wanted to change to a small lawn and had to go. Mostly the heat made grass
impractical, but I had sourced a hard-wearing drought-tolerant seed and
designed a buried irrigation system that would use waste water from the house.

I found myself remembering the small garden I’d had at the house I’d
bought with my husband over a decade before in Brighton. It had been totally
neglected, and I had rescued it from a four-foot deep tangle of bramble, ivy,
and stunted lilacs. Every square foot of earth had had to be turned over and
the weeds removed. My step-daughter would squat on her haunches beside me,
picking out the spaghetti-like bind-weed roots with her slender fingers. That
Brighton garden, small, damp, surrounded by flint walls, could not have been
more different from this large, sun-drenched spot, but I could almost feel her
next to me. Her fair hair hanging down, curtaining her face; the way she would
look through it if I asked her a question. The delicacy of her light-brown
eyelashes, the freckles across the bridge of her nose and cheeks. We had become
close by the time she had died, she had just started to refer to me as her
step-mum. I felt a pang deep in my chest, as if I was hollow inside except for
one visceral thread that had been painfully pulled.

Grief had allowed my depression to sneak up on me, like dry rot. Everything
looked OK on the outside, but the longer I left it, the longer I pretended
nothing was wrong, the worse it got. Then one day I peeled back the surface,
and found that everything in my life had lost its solidity and become
unfamiliar. Even the shadows left by objects in my flat had taken on a
disorientating, slightly sinister, otherness. I was living behind a grimy veil
- tissue thin but sinuous. I couldn’t reach others through it, particularly
those I loved, and they couldn’t reach me.

The area was clear. I raked it, picking out small stones, broke up the
bigger clumps of soil with the heel of my shoe; raked it over again until it
was a fine tilth. The structure of the garden was taking shape. There was
something deeply satisfying in the sheer physicality of bringing it to life;
the digging, weeding and building of raised beds and steps. Soon I would be
able to indulge in the more genteel pleasures of planting out. I decided that I
would treat myself to a visit to the nursery the next day, start to research
what plants would work best in this sun-drenched corner of the world.

I lay down on the grass, exhausted. It felt good to be so weary; not
sleepy, wide awake in fact, and to feel my muscles sighing as they relaxed onto
the hot earth.
I’m getting better, I know it
I thought. Colours had
become brighter, sounds sharper.
I’m starting to feel again
. Something
about this place, or maybe just because I’d been so busy and distracted from
the monotonous self-critical dialogue that had filled my mind for so many
months.  The sky was entirely clear. It was infinite, perfect, pulsing with
heat. I smiled and closed my eyes.

The Tie That Binds by Kent Haruf
Testament by Katie Ashley
Terratoratan by Mac Park
The King's Deception by Steve Berry
Dead Man's Gold and Other Stories by Paul Yee
Island Fever by Stevens, Shelli
The Death Catchers by Jennifer Anne Kogler
Drednanth: A Tale of the Final Fall of Man by Andrew Hindle
Dating Trouble (Grover Beach Team Book 5) by Katmore, Anna
The Lawman Meets His Bride by Meagan McKinney