Read The Sound of the Mountain Online 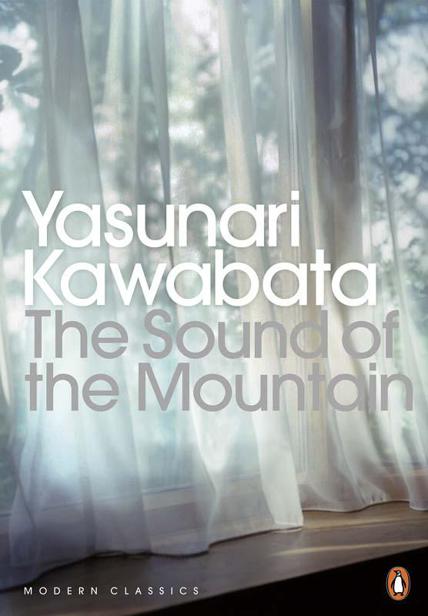 PENGUIN MODERN CLASSICS
The Sound of the Mountain

Yasunari Kawabata was born near Osaka in 1899 and was orphaned at the age of two. His first stories were published while he was still in high school and he decided to become a writer. He graduated from Tokyo Imperial University in 1924 and a year later made his first impact on Japanese letters with ‘Izu Dancer’. He soon became a leading figure of the lyrical school that offered the chief challenge to the proletarian literature of the late 1920s.
Snow Country
(1956) and
Thousand Cranes
(1959) brought him international recognition and he was the recipient of the 1968 Nobel Prize for Literature. Kawabata died by his own hand on 16 April 1972.

The Sound of the Mountain
is translated from the Japanese by Edward G. Seidensticker (1921–2007), who was a prominent scholar of Japanese literature.

The Wings of the Locust

A Blaze of Clouds

A Dream of Islands

The Cherry in the Winter

Water in the Morning

The Voice in the Night

The Bell in Spring

A Garden in the Capital

The Cluster of Mosquitoes

Note on the pronunciation of Japanese names

The Japanese name order has been followed throughout this translation, with the family name first.

Ogata Shingo, his brow slightly furrowed, his lips slightly parted, wore an air of thought. Perhaps to a stranger it would not have appeared so. It might have seemed rather that something had saddened him.

His son Shuichi knew what was happening. It happened so frequently that he gave it little thought.

Shingo took off his hat and, absently holding it in his right hand, set it on his knee. Shuichi put it on the rack above them.

‘Let me see. What was it, I wonder?’ At such times Shingo found speech difficult. ‘What was the name of the maid that left the other day?’

‘Kayo. That was it. And when was it that she left?’

‘Last Thursday. That would make it five days ago.’

‘Five days ago? Just five days ago she quit, and I can’t remember anything about her.’

To Shuichi his father’s performance seemed a trifle exaggerated.

‘That Kayo – I think it must have been two or three days before she quit. When I went out for a walk I had a blister on my foot, and I said I thought I had picked up ringworm. “Footsore,” she said. I liked that. It had a gentle, old-fashioned ring to it. I liked it very much. But now that I think about it I’m sure she said I had a boot sore. There was something wrong with the way she said it. Say “footsore”.’

‘I thought so. Her accent was wrong.’

Of provincial origins, Shingo was never very confident about standard Tokyo pronunciation. Shuichi had grown up in Tokyo.

‘It had a very pleasant sound to it, very gentle and elegant, when I thought she said “footsore”. She was there in the hallway. And now it occurs to me what she really said, and I can’t even think of her name. I can’t remember her clothes or her face. I imagine she was with us six months or so?’

‘Something of the sort.’ Used to these problems, Shuichi offered his father no sympathy.

Shingo was accustomed enough to them himself, and yet he felt a twinge of something like fear. However hard he tried to remember the girl, he could not summon her up. There were times when such futile searchings were leavened by sentimentality.

So it was now. It had seemed to him that Kayo, leaning slightly forward there in the hallway, was consoling him for being footsore.

She had been with them six months, and he could call up only the memory of that single word. He felt that a life was being lost.

Yasuko, Shingo’s wife, was sixty-three, a year older than he.

They had a son, a daughter, and two grandchildren, daughters of the girl, Fusako.

Yasuko was young for her age. One would not have taken her to be older than her husband. Not that Shingo himself seemed particularly old. They seemed natural together, he just enough older than she to make them a most ordinary couple. Though diminutive, she was in robust health.

Yasuko was no beauty. In their younger years she had looked older than he, and had disliked being seen in public with him.

Shingo could not have said at what age she had begun to look the younger of the two. Probably it had been somewhere toward their mid-fifties. Women generally age faster than men, but in their case the reverse had been true.

The year before, the year he had entered his second cycle of sixty years, Shingo had spat up blood – from his lungs, it had seemed. He had not had a medical examination, however, and presently the affliction had gone away. It had not come back.

Nor had it meant that he grew suddenly older. His skin had seemed firmer since, and in the two weeks or so that he had been in bed the color of his eyes and lips had improved.

Shingo had not detected symptoms of tuberculosis in himself, and to spit blood at his age gave him the darkest forebodings. Partly because of them he refused to be examined. To Shuichi such behavior was no more than the stubborn refusal of the aged to face facts. Shingo was not able to agree.

Yasuko was a good sleeper. Sometimes, in the middle of the night, Shingo would be tempted to blame her snoring for having awakened him. She had snored, it seemed, as a girl of fifteen or sixteen, and her parents had been at great pains to correct the habit; it had stopped when she married. Then, when she passed fifty, it had begun again.

When she snored Shingo would twist her nose in an effort to stop her. If the twisting had no effect, he would take her by the throat and shake her. On nights when he was not in good spirits he would be repelled by the sight of the aged flesh with which he had lived for so long.

Tonight he was not in good spirits. Turning on the light, he looked at her profile and took her by the throat. She was a little sweaty.

Only when she snored did he reach out to touch her. The fact seemed to him infinitely saddening.

He took up a magazine lying at his pillow. Then, the room being sultry, he got up, opened a shutter, and sat down beside it.

The moon was bright.

One of his daughter-in-law’s dresses was hanging outside, unpleasantly gray. Perhaps she had forgotten to take in her laundry, or perhaps she had left a sweat-soaked garment to take the dew of night.

A screeching of insects came from the garden. There were locusts on the trunk of the cherry tree to the left. He had not known that locusts could make such a rasping sound; but locusts indeed they were.

He wondered if locusts might sometimes be troubled with nightmares.

A locust flew in and lit on the skirt of the mosquito net. It made no sound as he picked it up.

‘A mute.’ It would not be one of the locusts he had heard at the tree.

Lest it fly back in, attracted by the light, he threw it with all his strength toward the top of the tree. He felt nothing against his hand as he released it.

Gripping the shutter, he looked toward the tree. He could not tell whether the locust had lodged there or flown on. There was a vast depth to the moonlit night, stretching far on either side.

Though August had only begun, autumn insects were already singing.

He thought he could detect a dripping of dew from leaf to leaf.

Then he heard the sound of the mountain.

It was a windless night. The moon was near full, but in the moist, sultry air the fringe of trees that outlined the mountain was blurred. They were motionless, however.

Not a leaf on the fern by the veranda was stirring.

In these mountain recesses of Kamakura the sea could sometimes be heard at night. Shingo wondered if he might have heard the sound of the sea. But no – it was the mountain.

It was like wind, far away, but with a depth like a rumbling of the earth. Thinking that it might be in himself, a ringing in his ears, Shingo shook his head.

The sound stopped, and he was suddenly afraid. A chill passed over him, as if he had been notified that death was approaching. He wanted to question himself, calmly and deliberately, to ask whether it had been the sound of the wind, the sound of the sea, or a sound in his ears. But he had heard no such sound, he was sure. He had heard the mountain.

Disaster at Stalingrad: An Alternate History by Tsouras, Peter
The Second Man by Emelle Gamble
The Silencer: A Bad Boy MMA Romance by Aubrey Michelle
The Black Stone by Nick Brown
Rhythm of the Spheres by Abraham Merritt
Hell Bound (Book 1): A Vacation From Hell by Dinisi, Kathy
Fire Within: Book Two of Fire and Stone (Stories of Fire and Stone 2) by Stephanie Beavers
Tales of the Knights Templar by Katherine Kurtz
The Making of Zombie Wars by Aleksandar Hemon
I'll Get By by Janet Woods