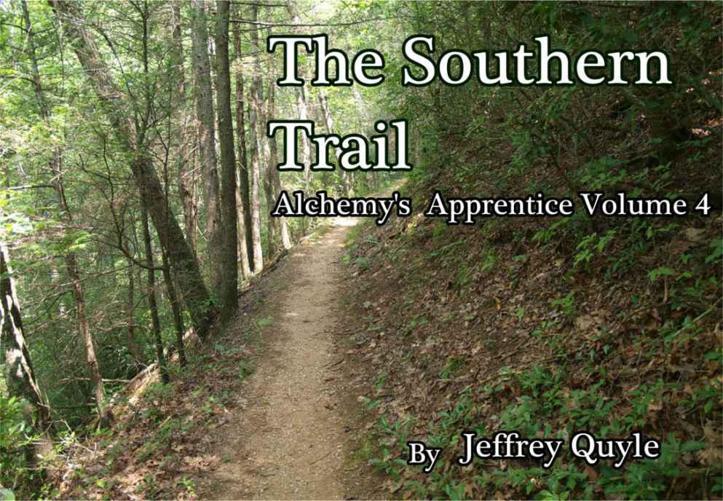 The Corsairs that circled around him looked at him with a new expression in their eyes, a wary confidence that suddenly, victory over the great Docleatean warrior was in reach – now that he was isolated from assistance or escape.  One of them shouted something, and four blades simultaneously thrust forward at him.

Marco’s body twisted to the right, as his sword also launched itself to defend him against the attackers on the right.  One unfortunate Corsair on the left found that without any contact from Marco or his blade, the man was unable to stop his momentum, and he thrust his way forward past Marco and out the hole in the hull, causing him to plummet cleanly through the air on his way down to the sea.

Marco’s sword blocked two other attackers cleanly, but the third man tried to do something different and thrust his sword low.  Marco’s sword chopped down in reaction once the first two attackers were repelled, but it provide too late to be fully effective, and Marco felt a slice open up on the front of his thigh.

Marco flinched, and he partially collapsed, but raised his sword in time to protect himself from a second series of attacks.  He tried to rise, but then a third series of attacks came, and Marco found himself suddenly confused, in pain, and off-balance as his sword flew crazily about to try to keep him alive.

And then he realized he was falling towards the water.  He hit the water, and he thought he heard himself speaking in an outlandish series of clicks and squeaks, as he desperately asked for help, though he knew none was coming.  The water was warm, and the mid-morning sun was bright, but his heavy sword was dragging him down, and he refused to release the weapon, struggling instead to hold on to it and still return to the surface with the efforts of his free hand and uninjured leg.

2. At the Seat of Power: Goldenfields and the Dominion

4. The Lifesaving Power: Goldenfields and Stronghold

For more information, visit the Ingenairii Series on Facebook,
www.facebook.com/ingenairiiseries

Iasco, high priestess of the Order of Ophiuchus

Ophiuchus, the spirit of the island

Mitment, a former guard of the island

Nestor, leader of village in Rurita

Gaddis, steward of the Foulata palace

Giselle, member of the harem

Marco was an under-achieving apprentice in a prestigious alchemy shop in the Lion City, one of the most powerful trading metropolises of the cities from the former empire that Clovis had governed.  On a fateful day, a strange, unknown elderly woman gave him a coin, and a threatening stranger frightened him into swallowing the coin.

Marco became suddenly proficient in alchemy, showing promise.  But before his promise could be realized, he was caught up in a raid on the city by a band of brutal Corsairs, aided by a powerful sorcerer who traveled with them.

Marco escaped the Corsair ship in a storm, and landed on an enchanted island, Ophiuchus, where he met Lady Iasco, leader of a powerful cult.  He then went on to the city, Barcelon, where he found work in a dying alchemy shop.

Marco healed and helped a young mother, Mirra, and then helped save the city from both a plague and a raid by the Corsairs and their sorcerer-leader.

Afterwards, injured in a fall, Marco was sent to Ophiuchus for healing.  From there he was commanded to go in search of a mythical monster, the Echidna.  His journey to find the Echidna and steal a scale became an epic winter journey through treacherous mountain heights, accompanied by three companions who bonded with him as their trip was beset by challenges and dangers.

They battled the Echidna, and escaped with a scale in hand, but then travel through the underworld to find a path to freedom.  And the path proved to have challenges of its own, so that Marco became separated from the others, and emerged from the underworld in a different location, alone, and without his memories.

But he went on to use the scale to carry out a miracle of alchemy, and restored Lady Iasco to life, and helped her scour evil forces from many cities, before setting out on a campaign to liberate the city of Athens from evil as well.

The ship was in the midst of a vast fleet that sailed through the night in the warm waters of the central sea. Marco was awake, lying in the bunk in his cabin, thinking about the adventure that would begin to unfold in the morning.  He was on board a ship that was part of the Nappaneen fleet; it and a few others carried the small army contingent that Grand Prince Neapole had grudgingly contributed to the army that was floating towards a great battle.

“We’re not going to sneak up on them,” Lady Iasco had told the leaders who had assembled to discuss strategy during the meetings held in the cathedral at Valletta in Malta.  “They must know something about our plans already, if they’ve tried to infiltrate our temples and courts,” she referred to the story Marco had narrated about the sorceress in the Lion City who kidnapped Lady Lavis in the Temple of Ophiuchus, then tricked the Doge.

But nonetheless the united forces under Iasco were attempting to sneak up on the Docleatean army that occupied Athens.  Athens was close to the lands of the old empire, too close for the nations of the old empire to feel comfortable allowing King Moraca, the ruler of the Docleatae, to maintain his capture of the city.  Moraca was hungry for power and conquest, sending his armies rolling farther and farther north; with the capture of Athens, the Docleateans were too close to the Lion City and Barcelon and the rest of the nations that had once been ruled from Clovis and Reme.

Lady Iasco saw the threat the southern armies posed, and she understood the greater threat that King Moraca himself posed with his sorcerer servants out seeking to find the ingredients needed to grant the evil king eternal life.  Already, one such powerful sorcerer had used the Corsair raiders to carry him among the western cities looking for rare alchemy ingredients such as gorgon’s blood.

Marco’s Nappaneen ship was headed towards the Gulf of Corint, to the small village of Andikara.  Marco and the soldiers from Nappaneen would disembark there and march overland towards Athens, to open a battlefront on the landward side of the city, hopefully catching the Docleateans unprepared; at the very least, Marco hoped his force would draw a portion of the city’s attention away from the landing of the main invasion force on the seaward side of the city.

Lady Iasco had assigned Marco to fight with the men from Nappanee.  “You’re the most powerful weapon we have, and these men will need your help,” she said.  It was commonly acknowledged by all the leaders of the fighting alliance that the forces from venal Nappanee were poorly trained, poorly equipped, and had poor morale.

Marco thought about how he would take the men toward Athens, walking through the countryside –  so near to the spring of Diotima –  though he had no intention of letting the men know about, or muddy the waters, of the spring.  The trip from Andikara to Athens had taken Ophiuchus and him two days to walk.  The soldiers in his army, hauling weapons and supplies, and with little in the way of a positive spirit, would take three days, Marco felt sure.

They reached Andikara the next morning, five ships full of men ready to go to war, and the process of unloading so many men and so much material at the small port took most of the day.  Marco directed that the men who did unload begin to immediately march out of town for two hours, and they set up camp in fields and olive groves near a small country cemetery; Marco had his tent pitched at the end of the campsite furthest from the cemetery, so that he would not hear the murmured conversations of the dead who were buried there.  That night the camp fires burned brightly, and Marco conversed with the generals who reported to him, as they discussed their approach to Athens.

The next day was the first full day of travel along the narrow country road that Marco and Ophiuchus had walked in the spring time.  The going was slow, and the approach to Athens turned out to require four days of marching.  By the middle of the fourth day they reached the outskirts of the city, and found that they were late to the engagement – the battle was already under way.

Midnight Playground by Gayle, Eliza
Nothing to Envy by Barbara Demick
His Heart to Have (Cowboys of Whispering Winds) by Peterson, Renee
Origins: The Reich by Mark Henrikson
Girl Takes Up Her Sword by Jacques Antoine
Love Redeemed by Sorcha Mowbray
Two-Part Inventions by Lynne Sharon Schwartz
The Botox Diaries by Schnurnberger, Lynn, Janice Kaplan
And Furthermore by Judi Dench
Stepbrother Studs: Warren: A Stepbrother Romance by Selena Kitt